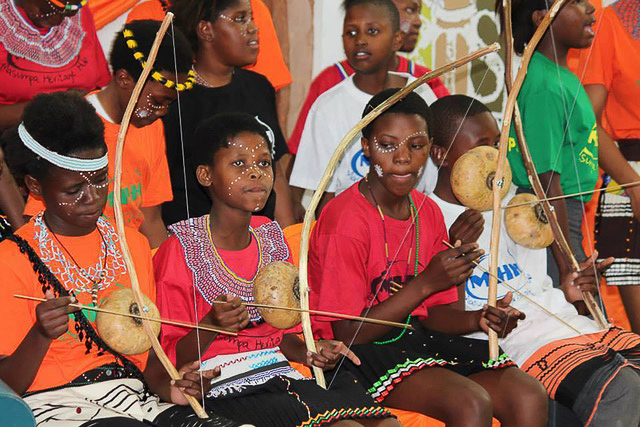 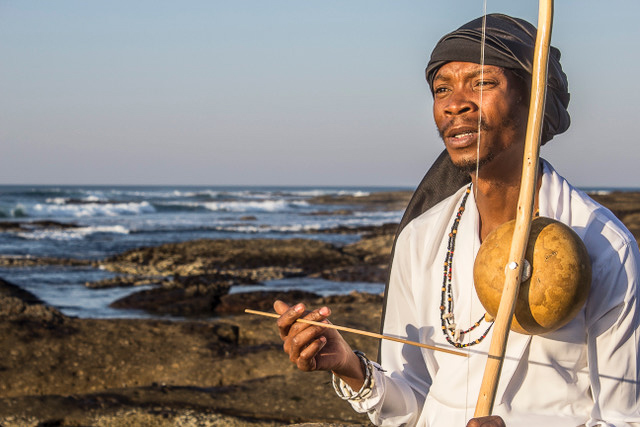 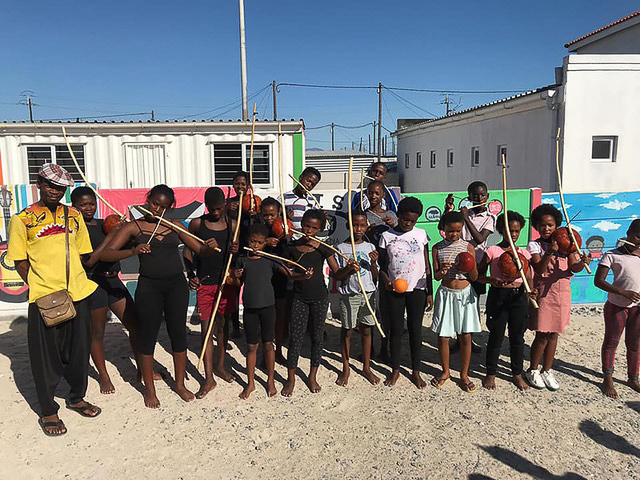 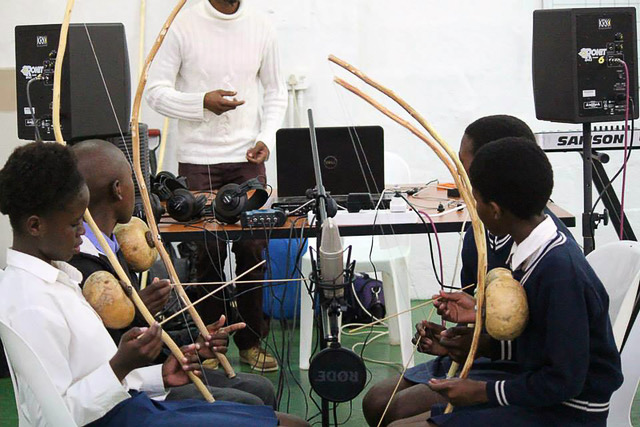 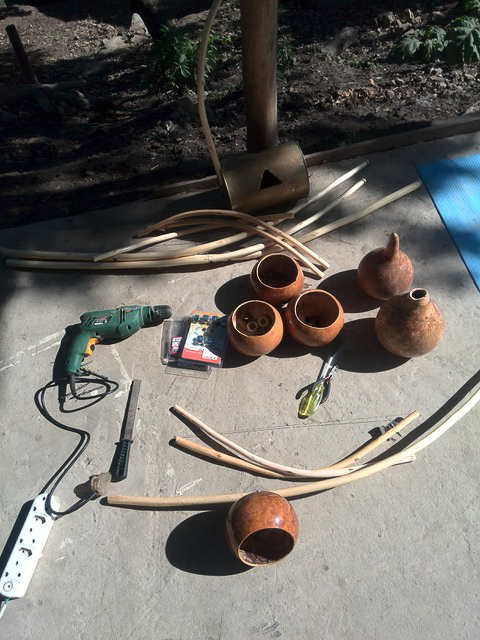 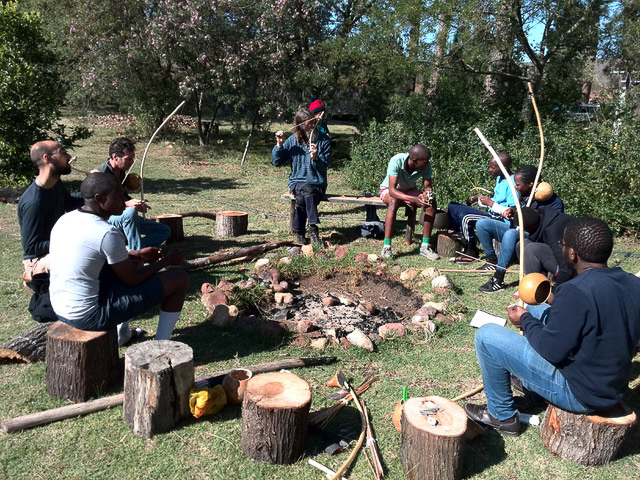 Gary Warner begins a series #africamade_n_played with a Xhosa stringed instrument that resonates through the body and is taken up today by a new generation of performers.

An arc of wood held in tension by a single taut string is an ancient instrument form with diverse African expressions. Materials differ depending on locale. Bow wood is selected for specific qualities from local flora. The string might be plant fibre, twisted and polished animal hair, skin or gut and more recently wire. The playing bow or beater might be the stem of a particular grass, a thin stick, a strip of bamboo.

The instrument has captivating presence but is acoustic and quiet so is amplified through a resonator—the player’s mouth or a dried gourd. Even then, it is still an instrument and form of song that demands close listening, an attentive audience. Matombi Matotiyana remembers her early life when the instrument was only played by older women at night. The hubbub of village life would subdue to listen in complete darkness. The uhadi player would adjust her clothing to ensure the sound from the gourd resonator, rhythmically pressed against and reflected from the skin of her chest, would not be muffled by cloth.

Both uhadi and umruhbe generate two fundamental notes: one on the open untouched string and the other when the player presses the string to shorten the length. But the method of playing and type of sound from each instrument differ. The umruhbe string is bowed with a dried grass stem while the player holds the top of the wooden bow in their mouth. The string’s vibrations resonate in the mouth cavity, and the player modulates pitch by movements of tongue, lips and cheeks. A further haunting sound is added by using the breath to whistle-hum from the open sides of the mouth gripping the bow. The hypnotic rhythmelodic drone provides a bed for multipart singing by other women, in Xhosa often involving throaty overtones.

The uhadi sound is also dual rhythm and melody, but the player is free to sing as the string is repeatedly struck with a long thin, rigid fibre. The reverberant open note hangs in the air. The closed note is more percussive. The resonating chamber—a dried gourd fixed to the bow and cut open on the player side—is moved back and forth to create a wah-wah effect, complexify secondary harmonics and contribute to the rhythmic strength of the performance.

In traditional Xhosa and Mpondo life, these instruments were played by women for songs of place names, journeys and events, and topical songs about everyday life. Today, alongside famed women elders such as Matombi Matotiyana and Madosini Manquina, young women such as Thankdeka Mfinyongo and Nomapostile Nyiki and men such as Luyolo Lenga and Dizu Plaatjies make, play and promote the intrinsic cultural values and unique sonic and poetic appeal of these instruments. They carry them forward from their long tradition to keep people today connected with the crucial human experience of making instruments and playing, singing and listening to music and song together.

This instrument is called UHADI – an ancient African instrument. Xhosa speaking people (Woman in particular) especially where i come from in #Pondoland and kuTsolo used to play this instrument for two essential purposes: 1. Deep in the Bundus, a bedtime story to children was not in the form of reading a book. In our early adolescence, prior to our sleeping time, we would gather together in the main house (which was a rondovile) residing approximately 9 people. During these late night gatherings we would sit in a semi-circle and an elderly woman would sit opposite us and play Uhadi (musical bow). We would listen to those melancholic sounds produced by this indigenous instrument and inadvertently find ourselves unconscious – asleep. 2. In the Bundus we had no gynecologists. Therefore, when a pregnant woman was concerned or perhaps anxious about the immobility of the fetus, they consulted an elderly woman who was an expert player of this instrument. This form of consultation was held in a sacred room, and the woman(expert player) would play Uhadi at a close range to the umbilical cord of the patient (pregnant woman). The overtones and harmonics produced by this ancient instrument would miraculously move the immobile fetus and that was sign that the baby is still alive. #Happy Africa Day ❤