Enkarewa: The Maasai gift of gifts 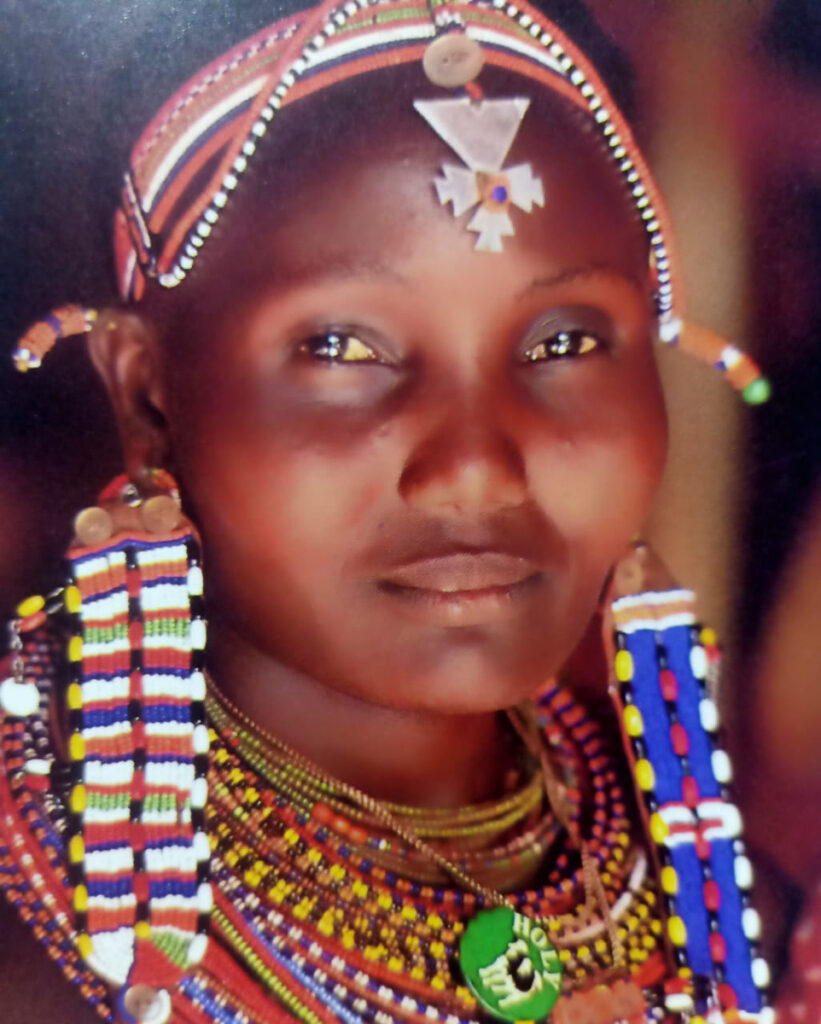 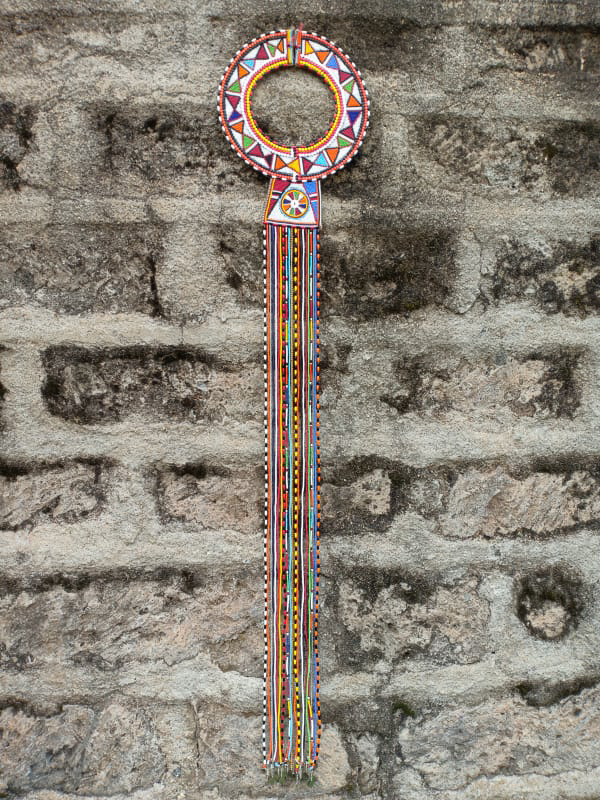 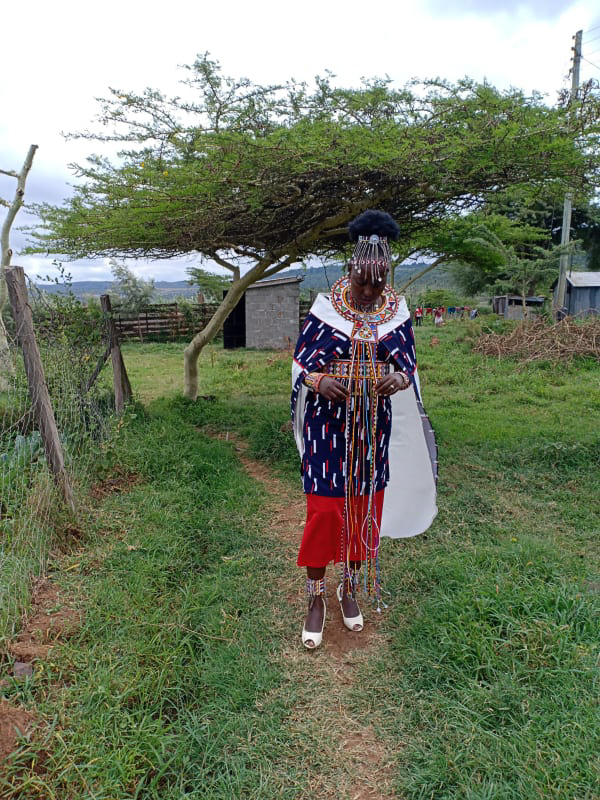 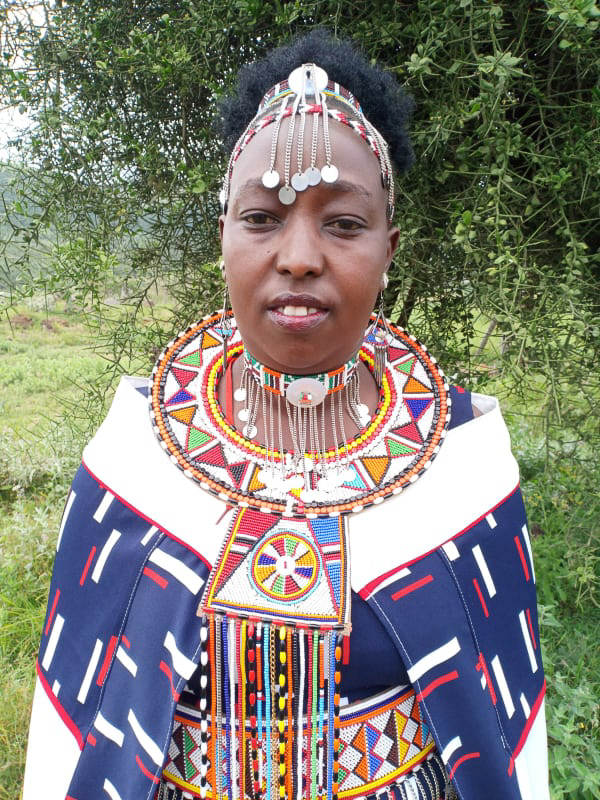 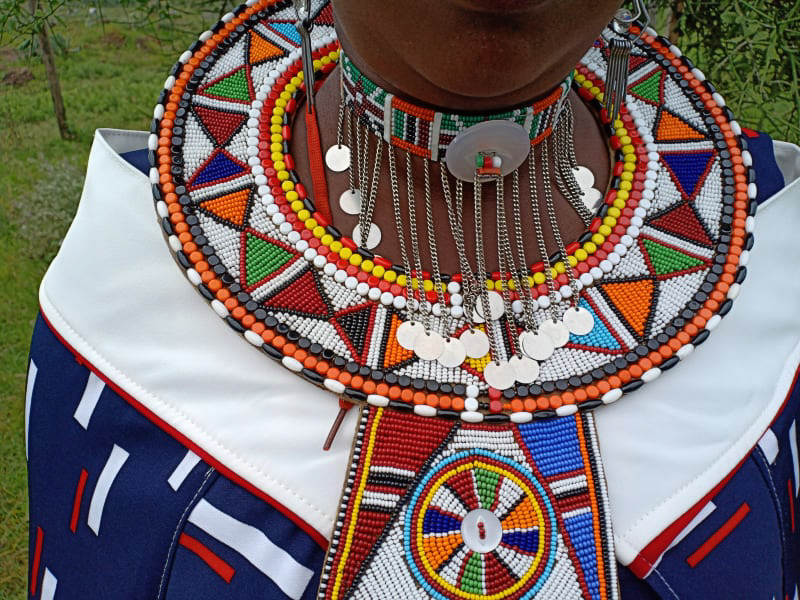 Garland readers may find this content disturbing. We do not condone the practices that are described, but it is important to understand the current cultural context with open eyes. While we may admire the aesthetic qualities of these objects, the story behind them is always worth considering. We welcome responses from Maasai, particularly women, to this article. Please leave your comments below.

Marriage in the Maasai society is a communal affair that is marked by many activities including identification of the family where the girl will come from and presentation of a chain (orpisiai) that indicates that the girl has been betrothed. This is an interesting concept given that in the old days the family was the one given the chain even before the girl is born. Positive qualities of both the family of the bride and bridegroom are an important factor in setting up a marriage.

This concept emphasizes the communal nature of Maasai marriage and at the same time underlines the role parents play in setting up a marriage. As seen above the family could be given the chain even before the girl was born.

As a girl grows up, her formative processes emphasise marriage and raising of children. Despite circumcision having been outlawed in Kenya, some families still carry out the custom clandestinely.  Before circumcision, the girl undergoes rituals to prepare her for the process of circumcision.

Some of the rituals carried out before circumcision are: the removal of lower teeth and piercing of ears both the lower lobe and the upper tip of the ear which will be used for hanging ornaments.  There are earrings for the tip of the ear (Imuna) and for the lower larger lobe, Inchonito oo Inkiyiia.  The pierced ear will also play the role of carrying ornaments during other ceremonies in the life of the woman.

Once the girl is over ten years of age, the bridewealth negotiations are done and the girl is circumcised and is ready for marriage. The process of marriage differs for different Maa groups (the larger Maa groups include the Maasai, Samburu, Laikipia and Ilchamus).

Ornamentation or adornment is a key feature in different stages of marriage among the Maasai. After the presentation of the chain and its acceptance, the family of the bridegroom will be invited for bridewealth negotiations.  If the negotiations are successful, an agreement is reached for the presentation of marriage gifts. The gifts include a number of cows and other items such as honey, sugar, blankets and tobacco.  Meanwhile, the family of the bride prepares their daughter for the wedding day which is the biggest ceremony that marks the culmination of marriage.

Among the things that the family will prepare for their daughter for the big day are a wedding necklace (enkarewa) and the beading of the girl’s hand (enkipilata enkaina).

The making of enkarewa is a long process carried out by women in the neighbourhood. The women will spend days working on enkarewa.  As they make enkarewa, they socialise among themselves and at the same time do preparations for the wedding in support of the bride’s family. The mother of the girl is not involved in making enkarewa because it is a gift for the bride from the other women for the big achievement in her life. A Maasai girl who is not married is seen as an outcast.

The ornament, enkarewa, apart from being a very beautiful piece that stands out in the ornaments and clothes the girl wears for her big day, also serves a very important purpose. Because of the many strips of beads hanging down, the bride uses them to record the livestock she is being given in the new home.

As stated earlier, there are important ornaments accompanying the girl through her marriage. Some of them deserve special mention: Orpisiai is the first one, no one is allowed to marry that girl once the chain is given to her unless it is officially discussed and agreed. The second is enkipilata enkaina, an important part of the girl’s beautification for the wedding.  The beads used are provided by a family or clan member and the person providing the beads will be given a heifer from the cows given as part of the bridewealth.

The last key part of the ornament is enkarewa. Every girl wishes to wear one of them for their wedding, however,  not every girl could own one because of the cost involved. Only girls from privileged families would own it while the rest will borrow from those who have already gone through marriage and return after the wedding.

An important part of any wedding is at the gate. When the girl arrives she stops two hundred meters from the home entrance and the new family members have to invite her with gifts of cows, goats and sheep. The bride uses her wedding necklace making knots for each animal she is given. She will then use the knots made to follow up on her gifts the following day.

As she follows up on her gifts, this will be her opportunity to familiarize herself with the family and start relationships with members of her husband’s family.

Denis Odinga Okiya is currently the Director of Tangaza Maryknoll Cenre for African Studies.  The Centre (TAMCAS) is situated on Lang’ata South Road in Nairobi, Kenya and is dedicated to systematically teach African cultural knowledge through its major themes and domains.  Denis Odinga Okiya lives in Ongata Rongai, Kenya and belongs to the Luo ethnic group who predominantly reside in Nyanza Region in Kenya.  He has been involved in teaching for over fifteen years.  He did his doctoral research on the centrality of marriage in Maasai cultural knowledge.

With a background training in Anthropology and community development, John Kamanga has worked with various communities across the country, especially in rural areas of Kenya, for over fifteen years. Currently the Director of the South Rift Association of Land Owners (SORALO), In this capacity his mandate is to work with pastoral communities to promote biodiversity conservation through promotion of open and interconnected ecosystems, the Iconic Maasai culture which is the basis for sustained wild spaces and tourism in the region between the Maasai Mara and Amboseli in order to enhance livelihoods and better management of natural resources. He has also had first-hand grassroots leadership experience with different communities. Because of his efforts in community conservation, he was awarded the Cincinnati Zoo and Botanical Garden’s Conservation Leadership award in 2013.

Here is an additional description from the Maasai, Emmanuel Parsimei Sakuda:

The wedding necklace, “Enkarewa” is one of the most significant artifacts in the Maasai community. It is specifically worn by the bride on the special wedding ceremony. This symbolised a step in the life of a girl to womanhood to create her own family and have children of her own. The strands showed her acceptance by the new family. The bride is given presents in terms of cows, goats and sheep and for each animal, she is given, she makes a knot on the strands and finally makes a sum of all the knots for a follow-up. Family members are loyal to honour their promise. The artifact is made by a few women who follow up the instructions of every step, matching the colours, the length and number of the strands. The knowledge is passed from generation to generation and it’s highly-priced.