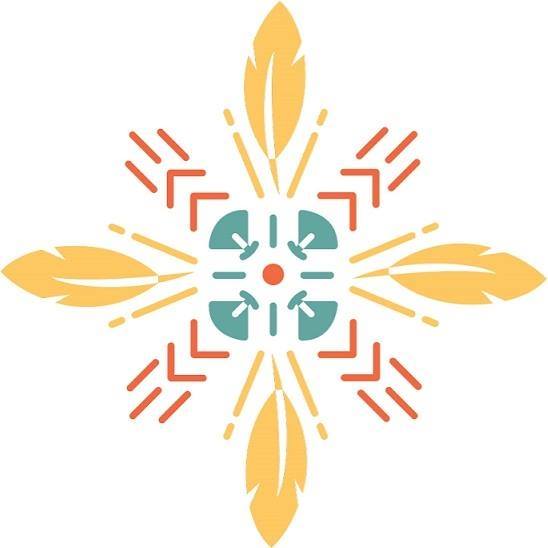 The growing significance of Canada’s Summer Solstice Indigenous Festival is challenged this year by lockdown. Like the Ojibwe “dreamcatcher”, the spirit of this event is now being channelled online.

It is said that the Ojibwe people of North America once all lived in one small area, called Turtle Island. There, they were protected by Spider Woman, known as Asibikaashi, a spiritual protector of the people, especially young children. But as the Ojibwe Nation began to spread further and further across the continent, Spider Woman found it increasingly difficult to visit and watch over every cradle during the long and dangerous night. To ensure their children’s protection, mothers, sisters and grandmothers took to crafting spider web charms, or asubakacin, to hang over their beds, channelling the power of Spider Woman to protect the sleeping child from the bad dreams circling low in the night air. While bad dreams would be caught in the charm’s silken web, good dreams would be allowed to filter through a small central hole and to the mind of the young child. Finally, by the sun’s first light, the ensnared bad dreams of the night would fade into nothing.

This charm, of course, is more commonly known today as the dreamcatcher, a Native American craft item created and spread across the continent by the Ojibwe people, who still occupy areas of southern Canada and the northern US. The dreamcatcher is just one Native American object participants in Canada’s 2020 Summer Solstice Indigenous Festival are able to make themselves, thanks to online workshops offered on the festival’s website. The Indigenous Festival, usually held over one weekend in Ottawa during Canada’s National Indigenous Month celebrations, was forced onto the virtual realm for 2020’s iteration due to COVID-19 enforced lockdown restrictions. The result has been an expanded 20-day itinerary featuring all the staples of the physical celebrations and much more – including a virtual marketplace that spotlights Indigenous small businesses. Another highlight is the Social Distance Pow Wow, where artists can upload videos of themselves performing traditional songs and dances and be judged by peers and the public alike.

The Festival concludes on June 21, the day of the summer solstice in Canada and, not incidentally, Canada’s National Indigenous Peoples Day. For many years, the Indigenous peoples of Canada – First Nations, Métis and Inuit peoples – have celebrated their culture and heritage at the peak of their summer, long a culturally important time. The Summer Solstice Indigenous Festival seeks every year to amplify these celebrations by offering them to all Canadians, Indigenous and non-Indigenous, and that promise has been delivered in difficult conditions this year.

The Summer Solstice Indigenous Festival’s vision is perhaps encapsulated nowhere better than in its logo, which marries unique imagery from the Métis, Inuit & First Nations communities who come together every year to celebrate their cultures.

Hopefully, the festival will return to the full and brilliant sun of Ottawa’s Vincent Massey Park in 2021. In the meantime, many of the virtual festival’s programs and workshops remain accessible to all on YouTube. This archive promises to stand as a lasting wellspring of Indigenous Canadian culture.