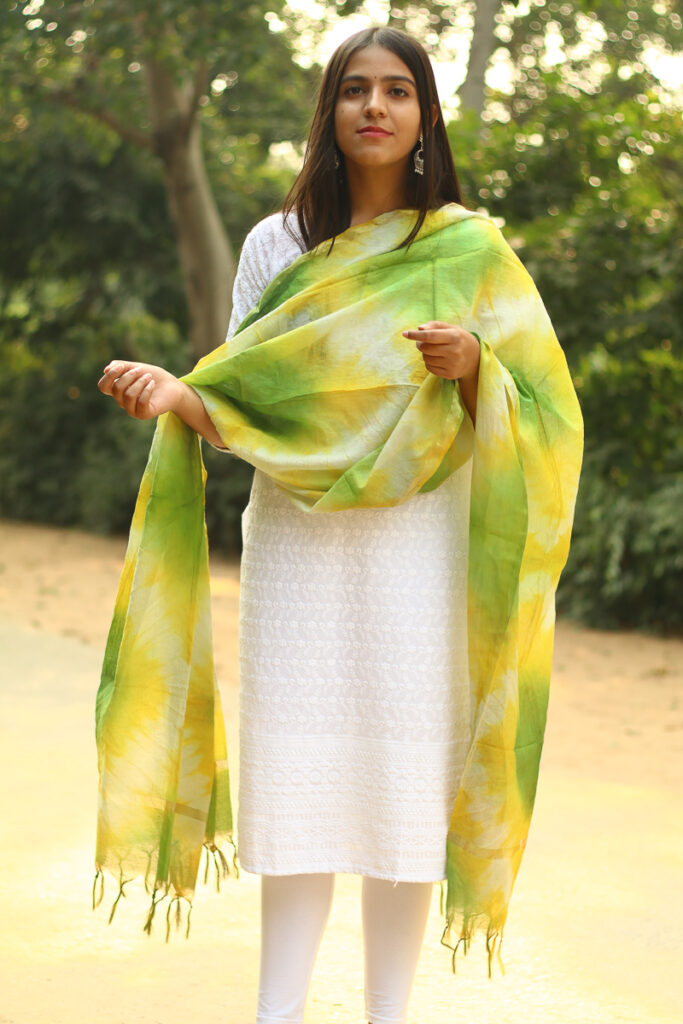 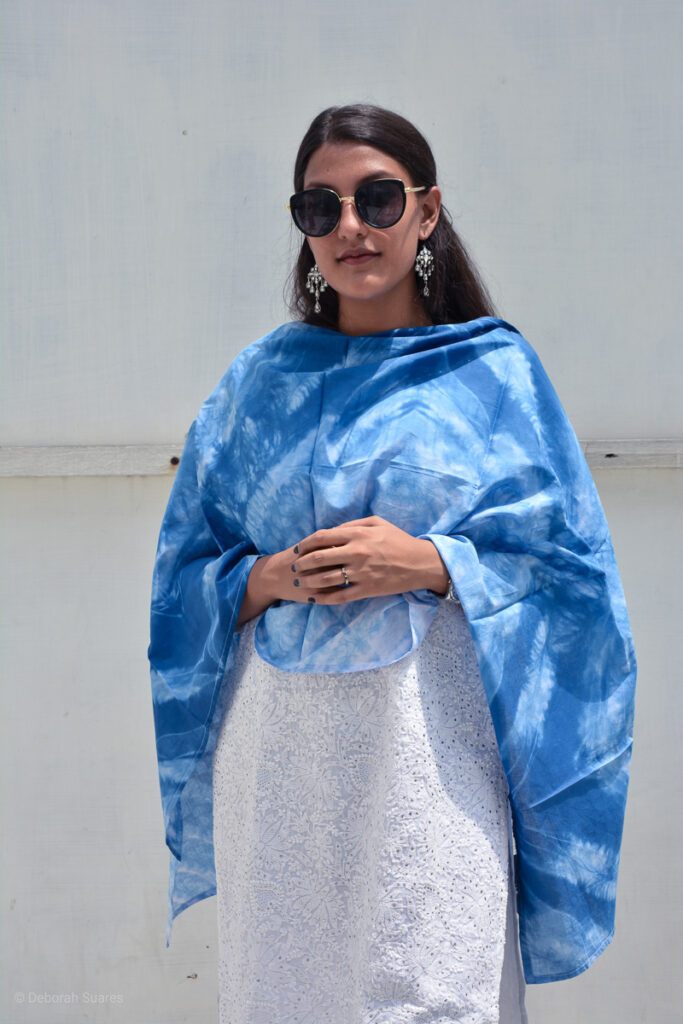 Delhi, a bustling metropolitan melting-pot of a city, is home to more than three million internal migrants, most of whom move to the city in search of a livelihood for themselves and their families. While the capital can provide better job opportunities, it can also be crushing in terms of poverty, discrimination, and exploitation. These adversities have an even harsher effect on migrant women, who usually have little access to viable sources of income. Facilities like education and quality healthcare remain distant dreams for most.

“Project Dor” is a social entrepreneurship project run by the students of Enactus Kirori Mal College, University of Delhi, a chapter of the international non-profit organization – Enactus. Enactus aims to create sustainable businesses for underprivileged communities, working towards economic self-sufficiency, environmental sustainability, as well as the overall holistic development of the community it works with. Initiated in 2016, Project Dor came as a ray of hope for a community of underserved migrant women from Bihar and Jharkhand. These women handcraft neo-ethnic products including scarves, dupattas and cushion covers using the technique of “tie-and-dye”. These products are available in a wide range of colours and patterns and are also customizable according to the buyer’s preference. Moreover, they are gender-neutral and made of high-quality natural fabrics, thus preventing millions of toxic microplastic fibres from being released into water bodies.

Through this project, the members of Enactus KMC strive to save the dying traditional Indian art form of tie-and-dye, which originated nearly 5000 years ago in the Indian states of Rajasthan and Gujarat. Dor reminds consumers of the beauty of a process that saw one of its earliest origins in our country. Each one of its products is handmade with love by the community of women, and the profits generated from their sales are used entirely for their upliftment. 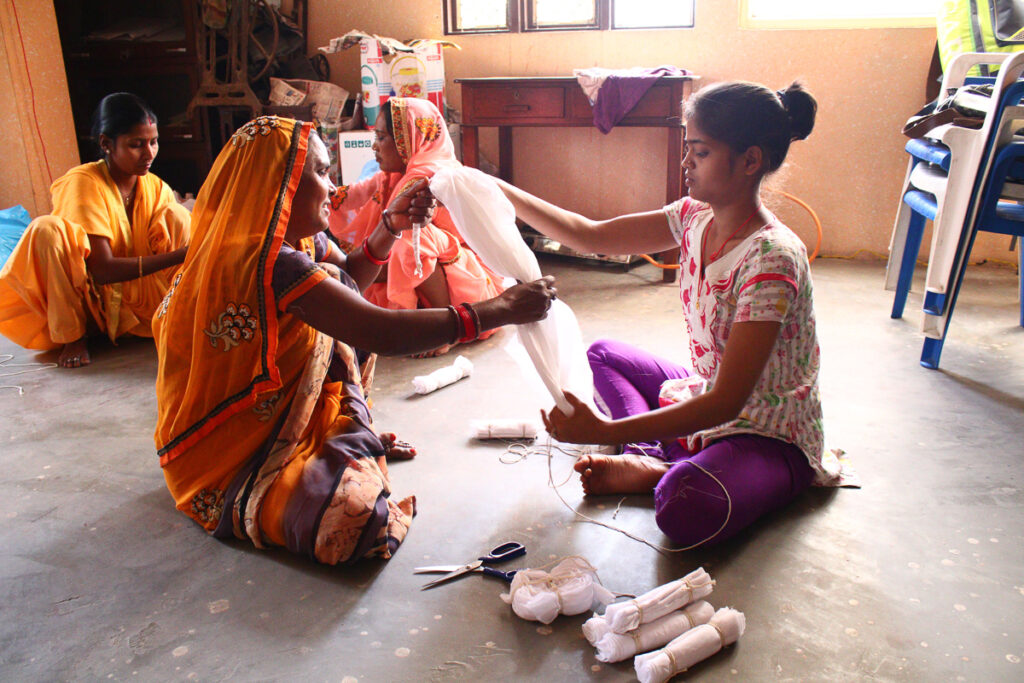 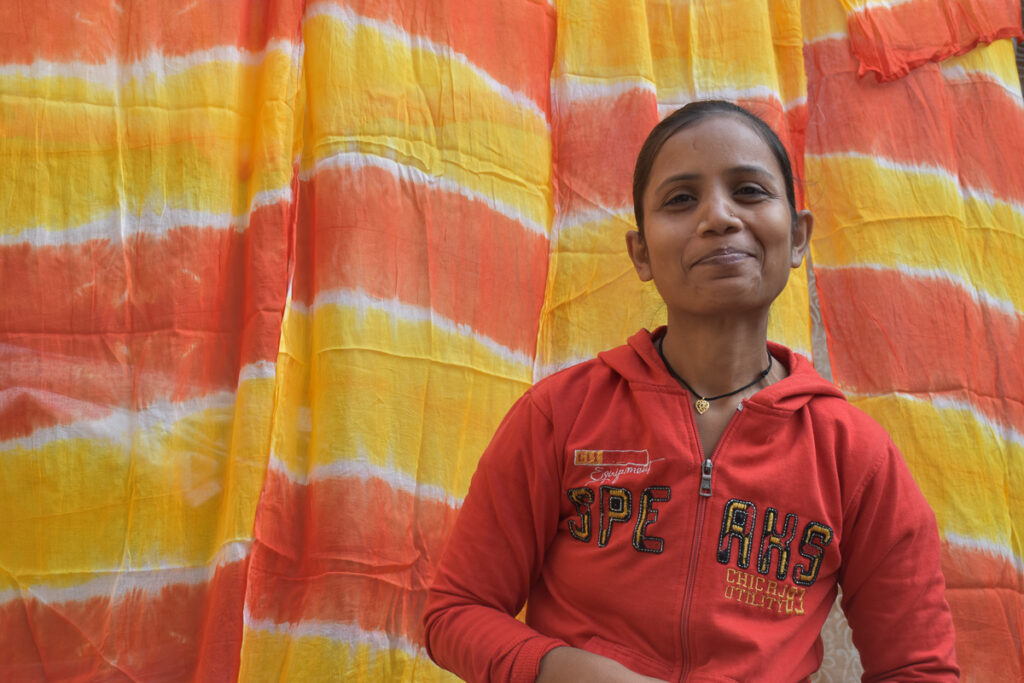 Successfully tapping several offline and online markets, Dor has evolved to become a full-fledged project that has brought an art form back from the brink of extinction. From putting up stalls in prominent places such as The Lalit and Dilli Haat, to having the products sold on the Facebook store and Amazon, Dor has expanded its reach and increased the demand manifold. It has also received recognition from esteemed government authorities and media coverage by renowned platforms including Hindustan Times, India Today, Feminism in India, and the like.

Even though the pandemic and lockdown have been a major restraint to the project causing production to come to a standstill, Dor managed to surf through it and continued to maintain its reach pan India. The team was able to attain production efficiency, generate a considerable amount of revenue and help its community in these trying times. We successfully adapted to the new normal by adopting digital marketing strategies to help sustain the project.

My journey at Enactus Kirori Mal started in 2020 when I joined as a member, and eventually joined the team of Project Dor. I instantly fell in love with the project, its hardworking community and the beautiful products. I’m currently serving as the marketing head of Project Dor, and I aim to tap every marketing channel possible to take this beautiful project to greater heights, even in the face of the pandemic.

Everything comes together to ultimately benefit the migrant workers who live within the expanse of this intimidating city. Project Dor has helped fulfil its tagline of “Khushiyon Ki Dor” by bringing in joy, satisfaction, and above all, a sense of fulfilment in their lives, from the fruits of their labour. It has enabled them to break away from the shackles of poverty and exploitation and attain financial independence, thus empowering them to become successful entrepreneurs.

Sairi Yoshizawa ✿ The colours of eucalyptus
Jodhaa Akbar: A love story tailor-made for today
Bakhiya: The beauty of the imperfect
Know your weaver: The revival of Udupi sarees
Maggie Baxter ✿ Peeling walls and tattered ledgers
Asif Shaikh and Aziz Murtazaev ✿ A dialogue of print and stitch
Sreenivasulu ✿ A pen-ultimate world
Fashion from silent Indian cinema: The blossom of the cobbler's flower