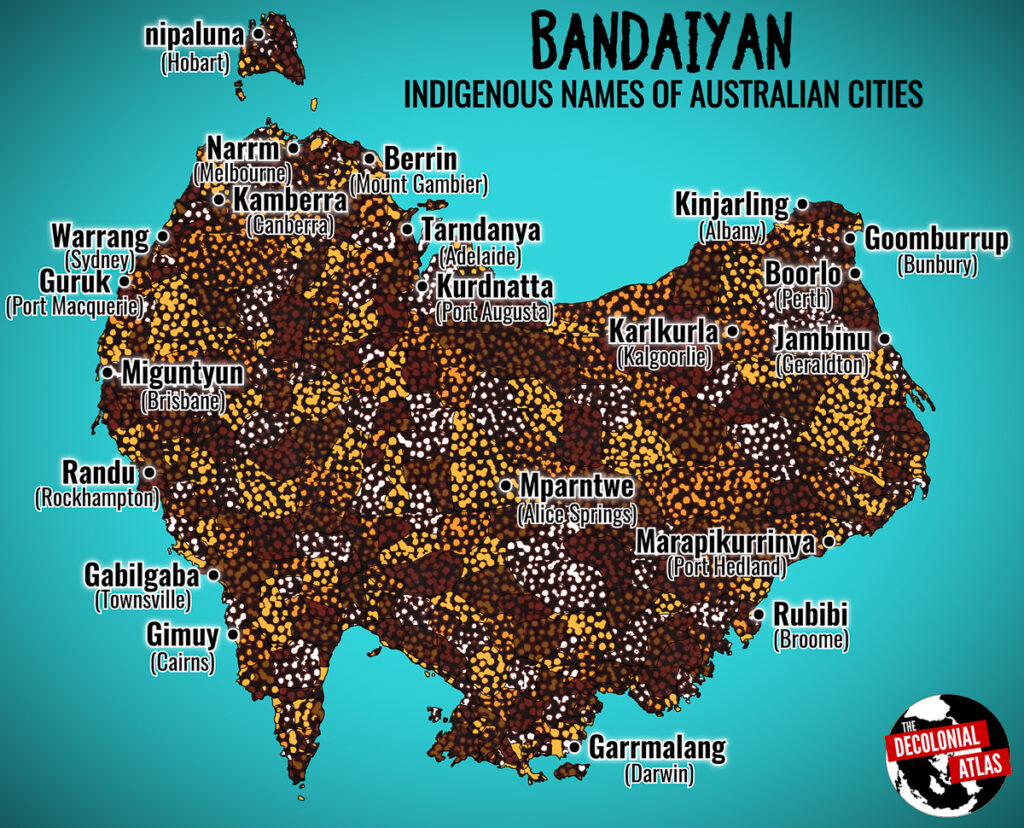 Bardi Elder, Aunty Munya Andrews, writes about her people’s name for “Australia”, which describes a bisexual being.

The name Australia is a colonial term. Possibly because it was not taught in schools, many Australians don’t know where the term comes from or what it means. It comes from the Latin for Terra Australis Incognito or Unknown Southern Land. Most people get the Terra Australis part but often leave out the ‘Unknown’. They also often mistake it for “Great Southern Land” as in the pop song by Australian rock band Icehouse. I say to people, it’s important to refer to the whole phrase Terra Australis Incognito because of its implications for Australia being declared Terra Nullius – Empty Land or “Land belonging to no one”, by the invaders. Matthew Flinders populated the term Australia by placing its name on the maps he drew.

Of course, Australia was not unknown, unsettled or unnamed by its Indigenous people. In the Kimberley, where I am from, this land is known as Bandaiyan. Bandaiyan incorporates the Gaia concept that the land is a living, breathing, sacred and sentient being. Bandaiyan is a bisexual being lying on thier back in the Southern Indian and Pacific oceans. its head is in the north, its lungs extend across the Pilbara, Northern Territory and Queensland. Uluru is not the heart of Australia as the tourist industry would have you believe but is instead the naval or sacred omphalos. The southern states represent the genital region and Tasmania is not forgotten as its legs extend out under the Southern Ocean where its left foot pops up.

Within the body of Bandaiyan lies the Rainbow Snake, the supreme creator. Right across Australia, Aboriginal people have stories about the Rainbow Snake who is said to have created our world. As Worrora Elder, David Mowaljarlai from the Kimberly writes in Yorro Yorro, “She grows all of nature outside of her body.’

What’s interesting about this Aboriginal model of Australia is that it demonstrates that Indigenous people were aware of the length and breadth of this country. It also reveals how Aboriginal people as far away as the Kimberly’s knew of the existence of Tasmania through their songlines and trading routes.

This is an extract from Practical Reconciliation: Strengthening Relationships for All Australians in 7 Easy Steps 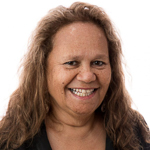 Aunty Munya is a Bardi Elder originally from the Kimberley region of Western Australia. Despite a socially disadvantaged background and not speaking for the first five years of her life, Munya has been an accomplished and influential voice for her community. As a public speaker, she is much sought after in Australia and abroad. Educated in Australia and the USA, Munya has degrees in anthropology and law. She has practised law in Victoria and New South Wales as a solicitor and barrister, including as a legal academic at the University of Melbourne and at Southern Cross University, teaching Indigenous legal subjects. Munya is equally well-versed in traditional laws, customs and practices. Like many Aboriginal people, Munya has learned to work and live in two worlds. Her dream is to bring them closer together, and cultural awareness is an invaluable tool in the process. Visit www.evolves.com.au

Chechia: The little red hat that symbolises Tunisia
Quarterly essay - The world in a chai cup: Sandra Bowkett and a village of India...
Indian dirt
Islam on Australian shores
Omar Musa blends words and the wood carving of Borneo to explore beauty, rage an...
Chilean horsehair jewellery across the Pacific
Nyibol Deng ✿ A recycled life
Australia Phoenix: A Cosmology