An orchid in the desert – the lacquer journey of Bic Tieu 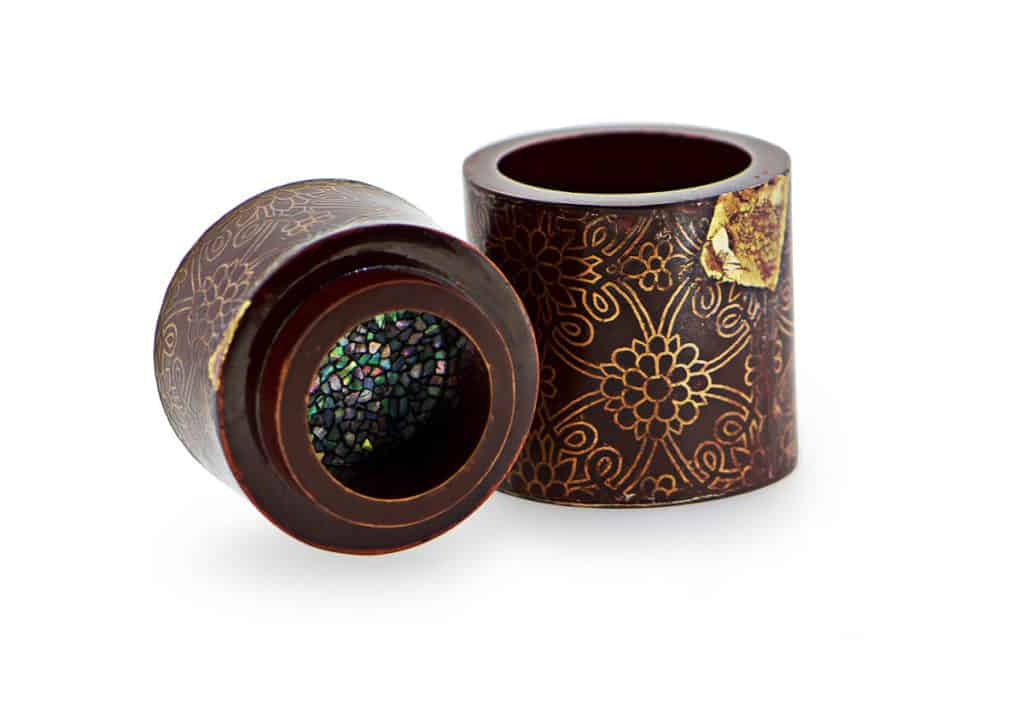 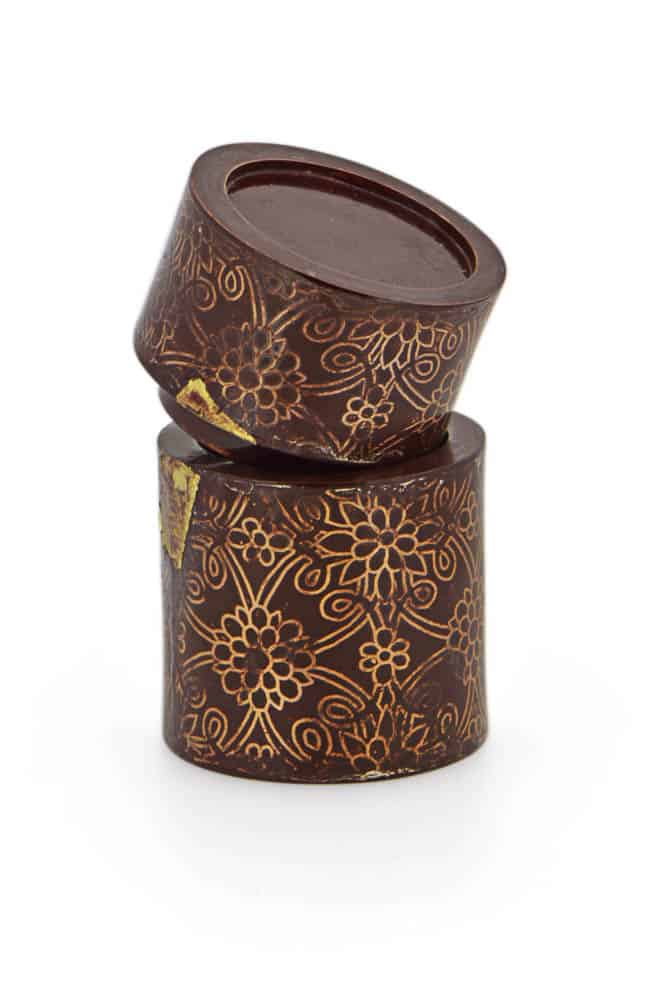 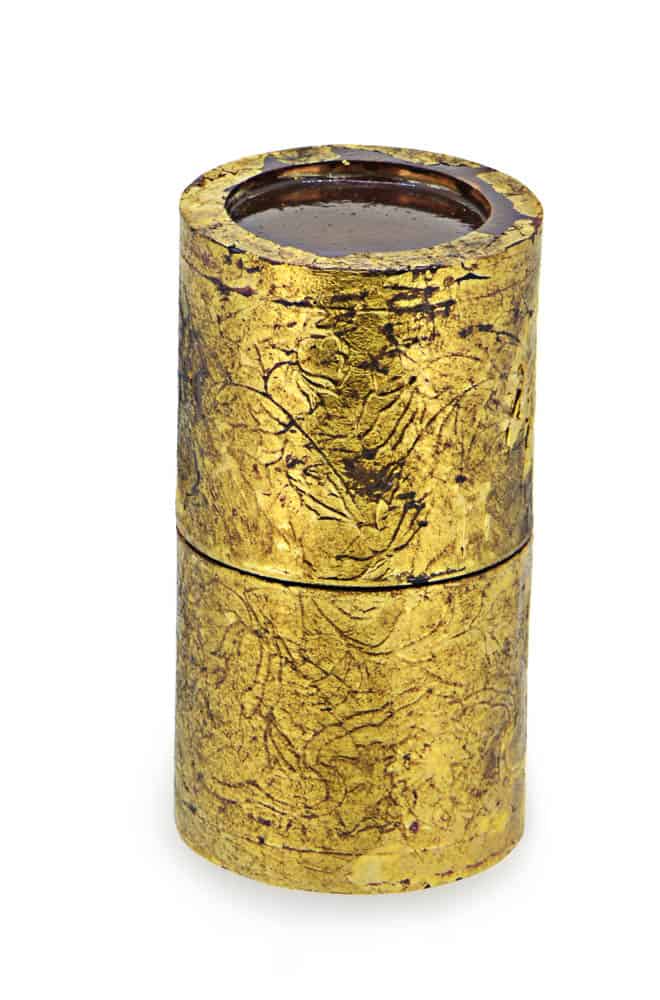 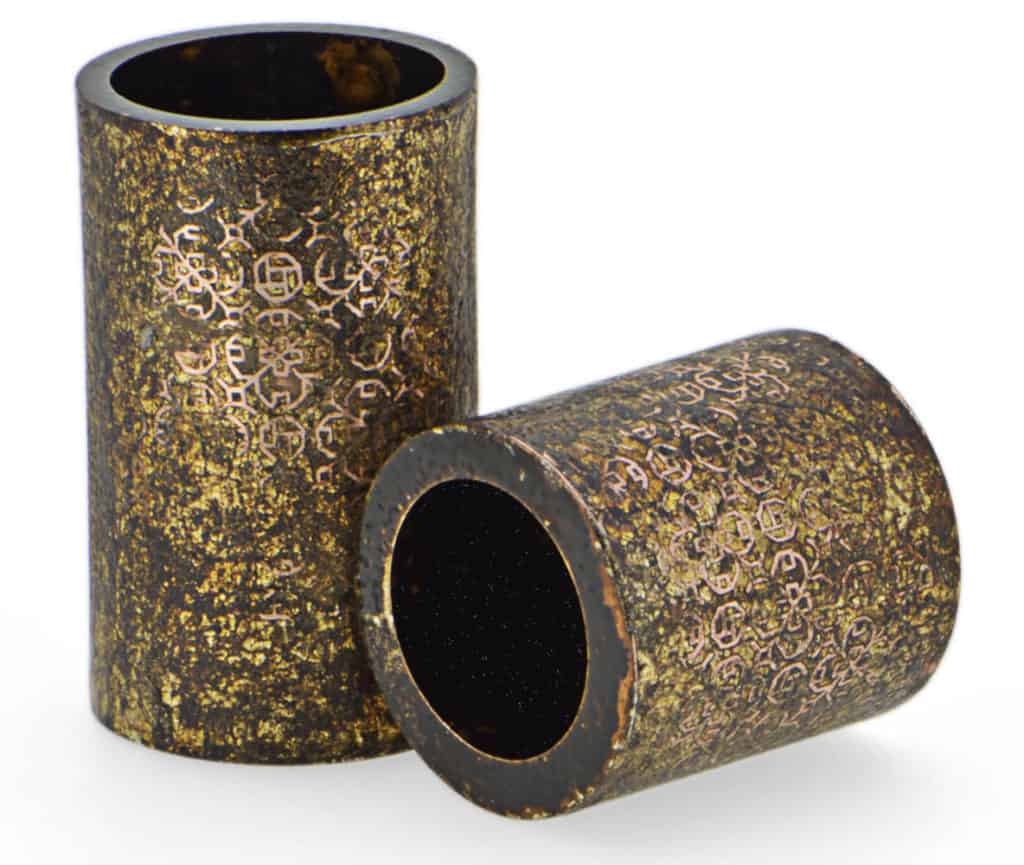 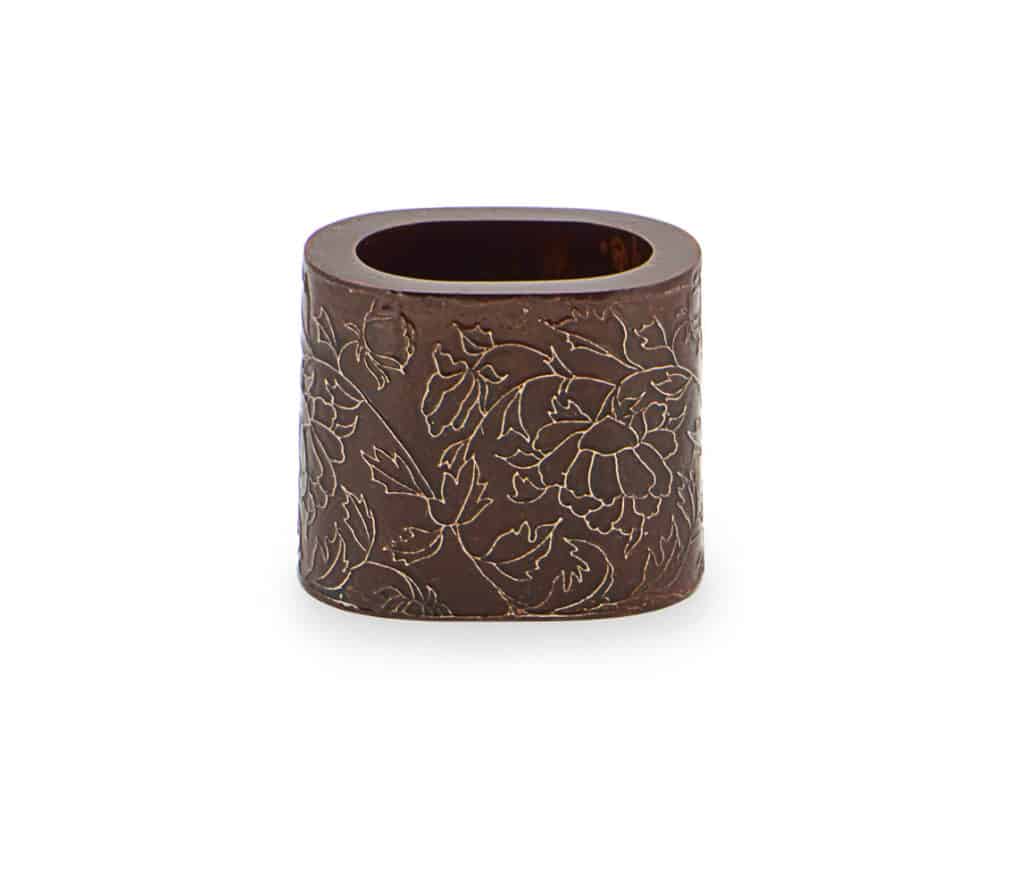 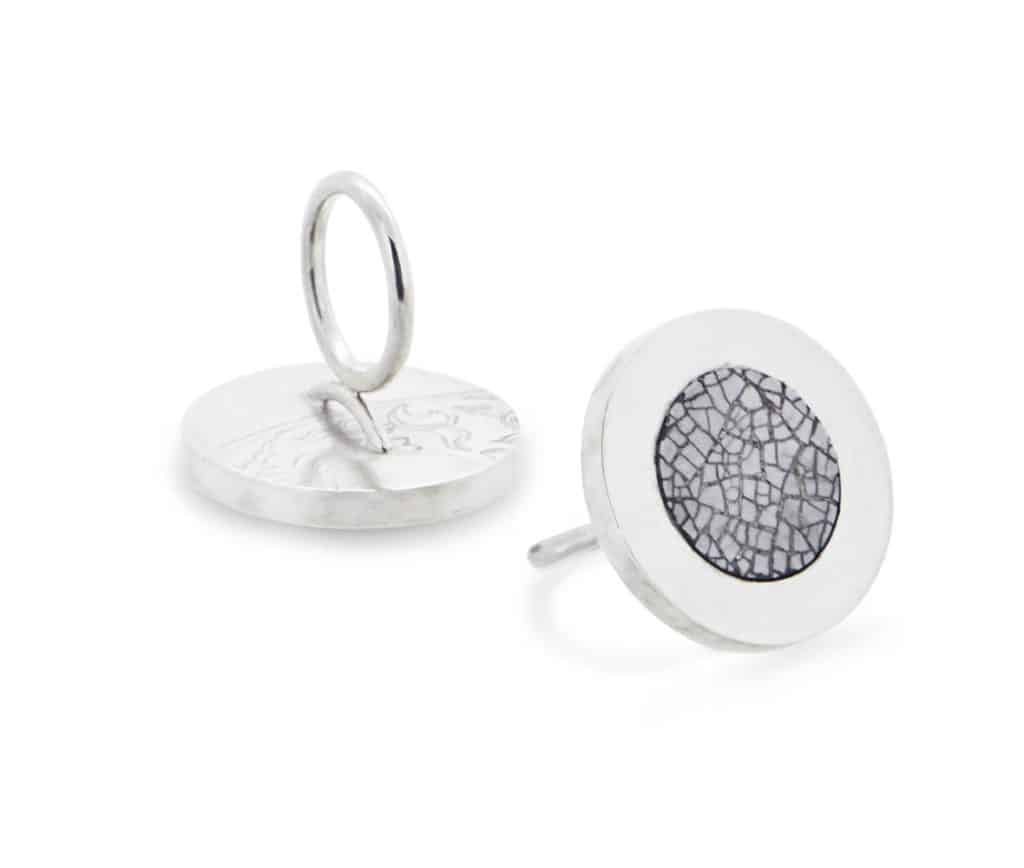 What does it mean for an Australian to master lacquer art?

This quintessential oriental art developed over seven millennia to become one of the most sophisticated languages for expressing the preciousness of human existence. What chance does a young settler culture have to contribute to this tradition? Our ancient art is ochre and bark, not resin. Not only do we lack a history in this art form, but the delicate essence of lacquer also seems out of proportion to our wide horizons. Like the Japanese haiku, lacquer is a medium for the world in miniature. The challenge of finding a place for Australia in this refined tradition gives the art of Bic Tieu its own unique poignancy.

Understanding Bic Tieu’s own journey helps us appreciate the meaning of her work. Tieu’s grandparents moved from China to Vietnam in order to escape poverty. Her parents then left South Vietnam for similar reasons after the war. A product of that journey, Tieu was born in an Indonesian refugee camp (“Bic” means sapphire).

Like many others arriving from south-east Asia, Tieu’s family moved into Sydney’s inner West. The father had a job in the steel industry and the mother worked in garment factories. Despite the responsibilities of family and work, Tieu’s parents retained a strong traditional aesthetic. They grew plants as a side business, nurturing succulents, cactus and orchids. On return visits from Vietnam, her family brought back panels of black lacquer with mother-of-pearl inlay. Tieu grew up in this world of delicate things—still and living. We can imagine this Asian menagerie in a domestic bubble, surrounded by the rough and tumble of suburban life—“She’ll be right, mate!”

Initially, Tieu combined her love for the beautiful with the practical business of survival by enrolling in graphic design at the University of NSW. Exposed to a variety of creative practices, she fell into jewellery, thanks to the inspiration of lecturers Wendy Parker and Leong Chan. Then, fatefully, in her final year, she was recommended a book on East Asian lacquer. Tieu was captivated by what she saw. But who could teach her this technique? Australia has no history of this craft.

During her Masters, Tieu was able to do some field studies in Hue, back in Vietnam. But “always in the back of my head was Japanese lacquer – maki-e.” She was eventually successful in getting an Australia Council New Work Grant to go to Japan in 2007. The aim was to learn from the lacquer master, Kitamura Tatsuo, then 55 years old and living in Wajima, a small town on the west coast of Japan, near Kanazawa. On arrival, she was tested in her skills of brushwork and polishing. After painstaking preparation, Tieu produced a flawless golden flower, floating on a sea of black lacquer. She consequently passed the test and was initiated into the mysteries of maki-e. Tieu returned to Japan for two years between 2009 and 2011 to refine her skills.

What Tieu imbibed in Japanese culture was an extraordinary sensitivity to the material world. This reverence for objects is expressed powerfully in the tea ceremony. Melvin Jahss writes in his book on Japanese lacquer: “Even the approved manner of handling these objects of art in the palm of the hand (guarded with the opposite hand and held low) speaks for the loving care with which the Japanese regard fine art objects.”

Lacquer art came into its own during the Edo era. The bushido worldview upheld qualities of diligence, honesty, honour, loyalty, and frugality. Lacquer helped exercise these qualities—it is an unforgiving substance. Gold powder is sprinkled gently by the delicate flick of a finger on the bamboo dispenser. A single object may take years of steady labour—the merest speck of dust can ruin an entire work. Four hundred years later, this skill and technique is still sustained in contemporary Japanese lacquer art, such as the tea caddies by Kanazawa artist, Shinya Yamamura.

Elsewhere in East Asia, lacquer art has taken a radical modernist turn. At South Korea’s 2015 Cheongju International Craft Biennale, an exhibition of contemporary lacquer art showcased the Pebble, a seat by Hwang Sam-yong covered entirely in mother-of-pearl. Unlike the traditional use, which employed inlay to create subtle pictorial scenes in a sea of black, this was just the shell itself.

Rather than strip away tradition, Tieu builds on the past with her own techniques. Many of the vessels are acid-etched. Tieu interprets traditional floral patterns on Adobe Illustrator and prints out the design which is applied to the object. The vessel is coated with lacquer, which is then polished back in a way that carefully exposes the copper motifs.

Tieu’s approach to lacquer art is postmodern, as befits a migrant society, seeking to balance the old and the new. This reflects the second generation experience of growing up in a belief system whose reality is at odds with the world outside. In Unpolished Gem, the novelist Alice Pung weaves a parallel story as a Chinese Cambodian growing up in Melbourne’s West.

I could hear Grandmother’s voice in my head: “Stupid white ghosts don’t understand bugger-all about real people, about the need to be protected.” They were already ghosts, what need did they have of protection from ghosts?

Like Pung, Tieu returns to the “superstitions” of her childhood world. This western Sydney version of Chinese auspicious culture prescribed which direction to face when sleeping, what sacrifice to make for an ancestor and the need to finish every grain of rice in her bowl (or she would marry a husband as spotted as that). It is an art of careful alignment, a world of Feng Shui.

It’s useful to step back here into the Chinese culture from which Tieu is descended. With the arrival of Buddhism in the third century BC China came an appreciation of the symbolic meaning of flowers. Peach blossom evokes the gods in heaven, who dwell in the Far West. Tang flower poetry and Southern Song painting reflect the importance of nature in representing human affairs.

The painted boat is punted in to where the flowers are thick. Fragrance floats round golden cups, Mist and rain are so, so fine…

The apprehension of beauty is made poignant by its fleeting quality. This is at odds with our consumerist response to attractive things, which is to seek to possess them—as purchases or photographs. During the Song dynasty, acquisitiveness seemed contrary to the spirit of harmony in nature. The ideal was to “view flowers on horseback” (zou ma kan hua)—catching beauty with a casual glance.

For us today, seeing Tieu’s work in a gallery imposes a similar distance. Such precious objects invite the hand. We long to hold one between our fingers and watch the dance of light as patterns evanesce. But these are not ours to touch. Instead, like the art lover on horseback, we hover around them, enjoying the play of glittering copper and blood-red lacquer.

Circling dimensions invites us to circumambulate like the lid of the cylinder. Connected harmony is an ornamental version of a calendar: one side has the Chinese lunar date and the other its Western equivalent.

Tieu’s objects are alive. The lacquer forms a translucent skin that contains the precious interior. And like succulents, lacquered objects require a humid atmosphere to develop. In a relatively dry city like Sydney, Tieu must place her objects in a humidity box, containing a layer of plaster of Paris, and left on a warm window sill. Tieu adds to the unpredictability by using copper as a metal inlay, which slowly turns green with oxidation. The Spring transitions necklace presents metal in flux like seasonal change.

So how does this fragile orchid of a craft survive in such an arid continent? The poet Les Murray articulated as well as any other Australian writer the battered environs of his culture, where “hot water crinkles in the tin wash dish.” But at the core of this world, Murray saw a careful regard for things that is almost Japanese in its sense of aesthetic order. As he wrote in Aqualung Shinto:

Oh Zen makes colonials of a few but each people has its proper Shinto. Distinctive as verandah beams.

Tieu has found her own “proper Shinto” in lacquer. Drawing from her Vietnamese inheritance, she makes precious rings from eggshell (Moon Autumn), the poor man’s pearl. The object Twang distorts the perfection of the vessel into a unique broad shape, like the broad Aussie accent Tieu acquired growing up in Sydney’s West. And her Prunus Bowls are vessels with minimal inner volume—like a niche to house a sacred symbol rather than a store a thing of the world.

Tieu has sat at the feet of a Japanese master. Through tireless application, she has learnt the delicate language of fragile materials. After endless polishing, she has gradually revealed the preciousness within. But her work is not trapped in time. It is open to the world around her—the air and the light and to us who find ourselves momentarily stilled.

We are all Merantau: Macassan journeys
Going to hell (and back) in a handbasket...
Charlotte Haywood: Weaving ideas
The re-awakening of lacquer in China today 🇨🇳
Pesh boro: Epic weaving from Afghanistan
Islam on Australian shores
Quarterly Essay ✿ Of time and the city
Pathways through The Social Outfit