On joining the NFT art mania: Creative liberation or lotacracy 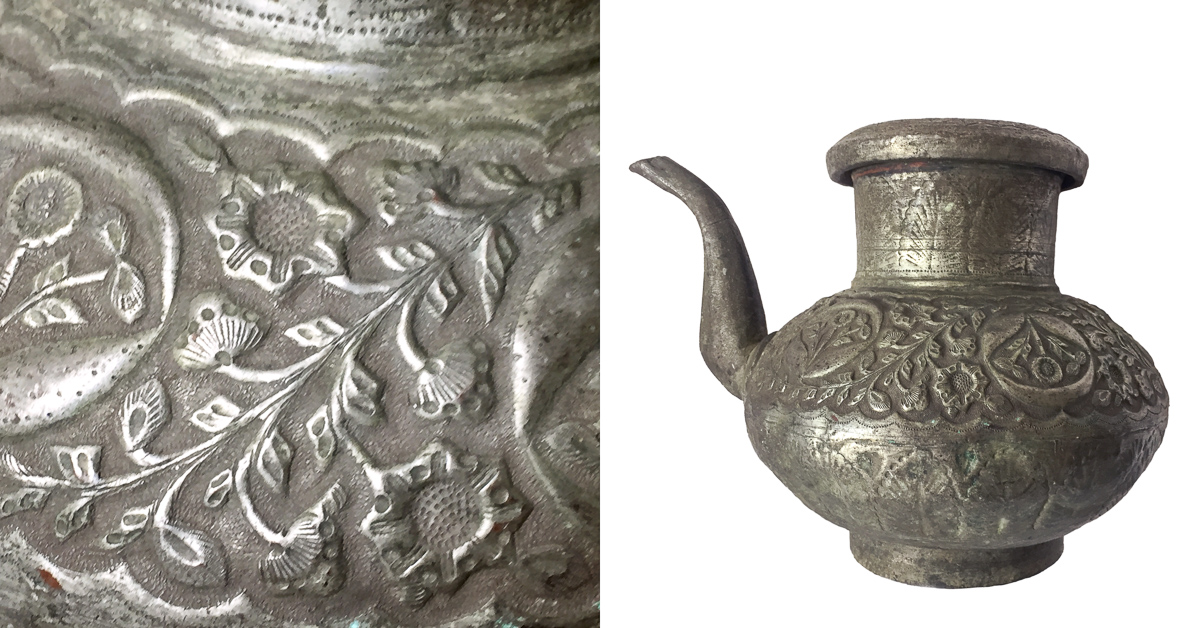 Abdullah M.I. Syed registers a classic Pakistani object as a non-fungible token (NFT) only to re-affirm its value as a real tangible object.

(A message to the reader in Urdu.)

“Cleanliness is half of faith” was the first Islamic lesson taught to me during my formative years in Pakistan. This involves using water to perform wāzu (ablution) for prayers, bathing, and personal hygiene. Thus, fulfilling such an obligation lies in perfecting the discipline and skill of handling and usage of a lota. A quintessential South Asian invention, a lota is a household object that some consider as mythical and fulfils our most desired wish at the most vulnerable time: water for purification. It is one of the few objects in Pakistan that can transcend the barriers between class, age, gender and socio-political, religious and economic division. Almost all citizens have the knowledge, access and ownership of a lota.

For some, there is tremendous pride in having a family lota that goes back generations. My mother gave me her beloved eighty-year-old ornate copper lota (originally included in her dowry and strictly used for hand washing and religious ablution for prayers), along with its stellar provenance and auspicious stories of how it accompanied its many owners to pilgrimages and migrations. Ironically, despite the better judgment and advice from elders, I had not packed a lota in my luggage when relocating to the western world. It was only after using an improvised lota in the form of plastic bottles and plant watering jugs — a practice lacking civility — that finding the perfect lota (metal or plastic) in shops or on the digital platforms (Amazon) became the first and the last priority.

Writing about a cultural heritage object such as a lota as a placeholder of lived memory becomes complicated when transformed into an NFT (Non-Fungible Token), a unique digital representation of an art form. An NFT is akin to a certificate of authenticity or a deed and it is recorded on a blockchain, a distributed digital ledger that stores data of any kind. Although I am part of Gen X and have witnessed the rise of the digital revolution, I still value living with and creating heritage objects that are important to me as they shed light on my personal and cultural origins.

As an object maker myself, I see both tangible and intangible beauty in objects and consider their visual and sensory value, encompassing the wealth of knowledge and skills transmitted from one generation to the next. The resulting socio-economic value of this knowledge transfer encourages cross-cultural, mutual respect and helps to build new ethical ways of transparent communication while maintaining cultural diversity in the face of growing globalization. According to UNESCO, intangible cultural heritage, such as oral traditions and rituals, not only represent inherited traditions from the past but also inform contemporary culture and practices in which diverse cultural groups take part. In today’s discussion of metaverse, what happens when a physical object becomes a digital NFT token, and how does such a transformation affect its cultural memory and access among diverse social and cultural groups?

My first challenge stemmed from finding a conceptual link between my chosen artifact (a lota) and an NFT, both as placeholders of memory, history, and knowledge. In this context, the “placeholder” word serves as a connecting point as it attributes a meeting place of tangible and intangible. In the digital realm, a placeholder is a variable that gets replaced by real data at a later date. In theory, this is what an NFT represents. While its token connects with a photograph or moving image, an NFT is not the object itself.

Having previously worked with forms of physical currencies — ranging from species, shells, gems, to coins and banknotes — my NFT’s creation would extend my artistic investigation. It could bring forth a new symbolic meaning of an object’s monetary as well as conceptual value. There was also a personal appeal for me to select a lota, as articulated in the beginning. Relaying this object through an NFT format not only invites the viewer to imagine such tactile and historical existence in pixels but also adds to the ongoing fascination of exploring an existing artifact in the Duchampian tradition of ready-mades.

Meanwhile, to elaborate on the lota’s significance, the object (also known as aftabeh or bodna in South Asia) is a globular vessel (often spouted) and serves as a staple object in most (if not all) South Asian dwellings. Used for bathing and personal cleansing with water, a lota and its design evolution has also gained significant importance both in the spiritual and religious customs, as well as in art, literature, and politics, in the sub-continent. Growing up in Pakistan, I frequently came across people using bependi ka lota (a lota without a base), to describe political turncoats, which colloquially refers to a person who may switch their loyalties. 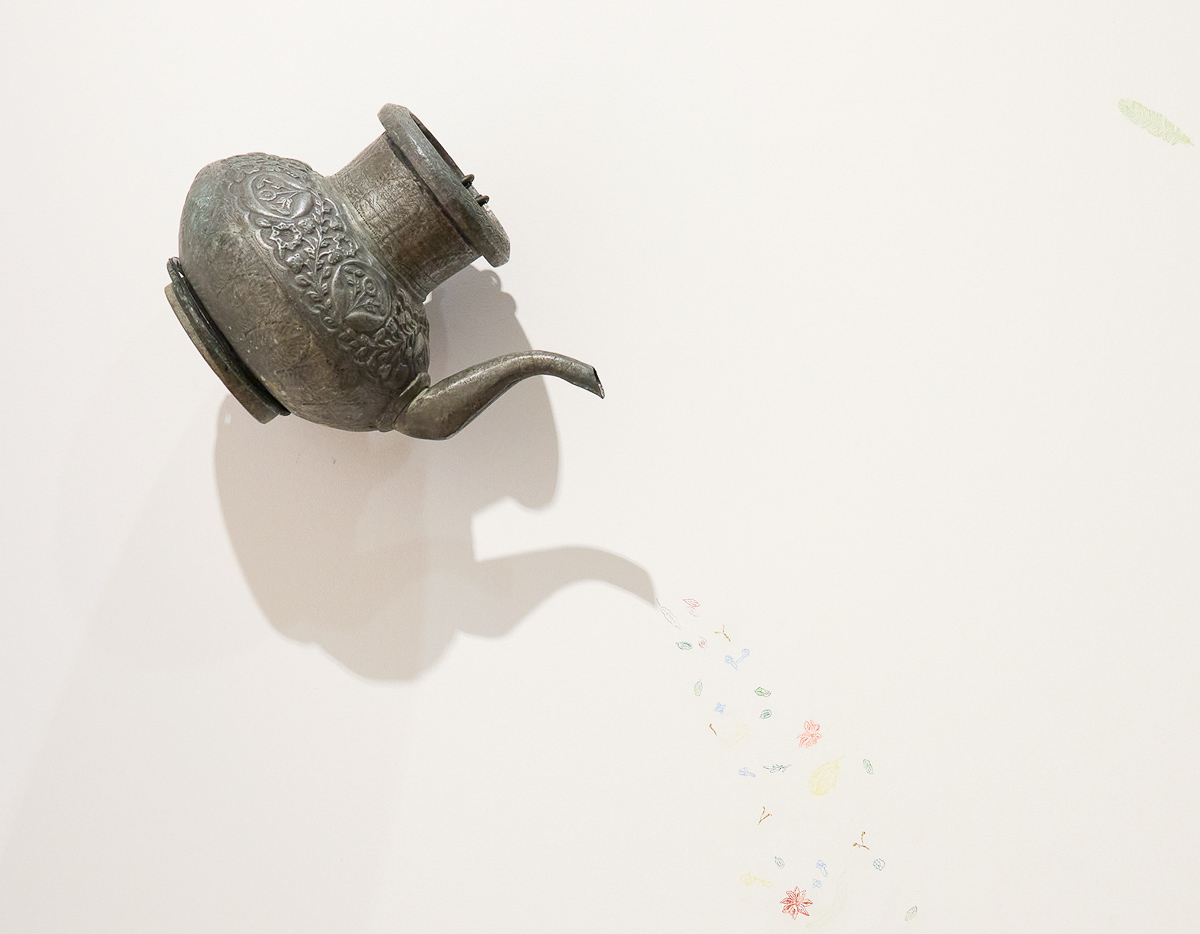 Simply put, a spherical lota without a base tends to roll over in unpredictable directions when kept on uneven ground. Hence Pakistani pundits coined the neologism lotacracy to describe politicians who would switch parties, rather than uphold their principles. Their loyalties would always be in doubt. This cultural evolution of lota as a political device became so negative that it was removed from the election ballot paper.

The core of my NFT project focused on the changing meaning of a lota imbued with notions of purity, devotion, and abundance as a holder and transfer of the element of life, to evolve, in the last century, into a political symbol of ridicule, dishonestly, and treachery.

Upon thinking about how to reconcile the distinction between physical and digital planes, I resorted to global art history for a solution. Rene Magritte’s The Treachery of Images (1929), is a Surrealist painting where an image of a painted pipe accompanies a written quote in French (Ceci n’est pas une pipe – This is Not a Pipe), suggesting that an object we see is merely an image of a pipe, in this case, intends to make the viewers question not only the object’s reality but also the truth of their own perception and existence. Also inherent in an NFT, this approach led me to focus on the lota’s evolutionary design and how its aesthetic and semantics contributes to the social and cultural reverence in South Asia. My NFT would thus become superimposed ideas of the lota’s timeless sculptural design history.

To navigate the NFT world, I sought out an NFT creator to guide me through the process. Faisal Anwar, a Toronto-based artist and the curator of 2022 Karachi Biennial, focuses on digital technology in his art and curatorial practices. Through our various discussions, it became clear that creating an NFT that someone wants to collect takes an organised plan of action and much patience. According to Anwar, an NFT is a “decentralized power” that has shifted the status quo for a creator, giving them autonomy and unfathomable freedom in the new crypto art economy. 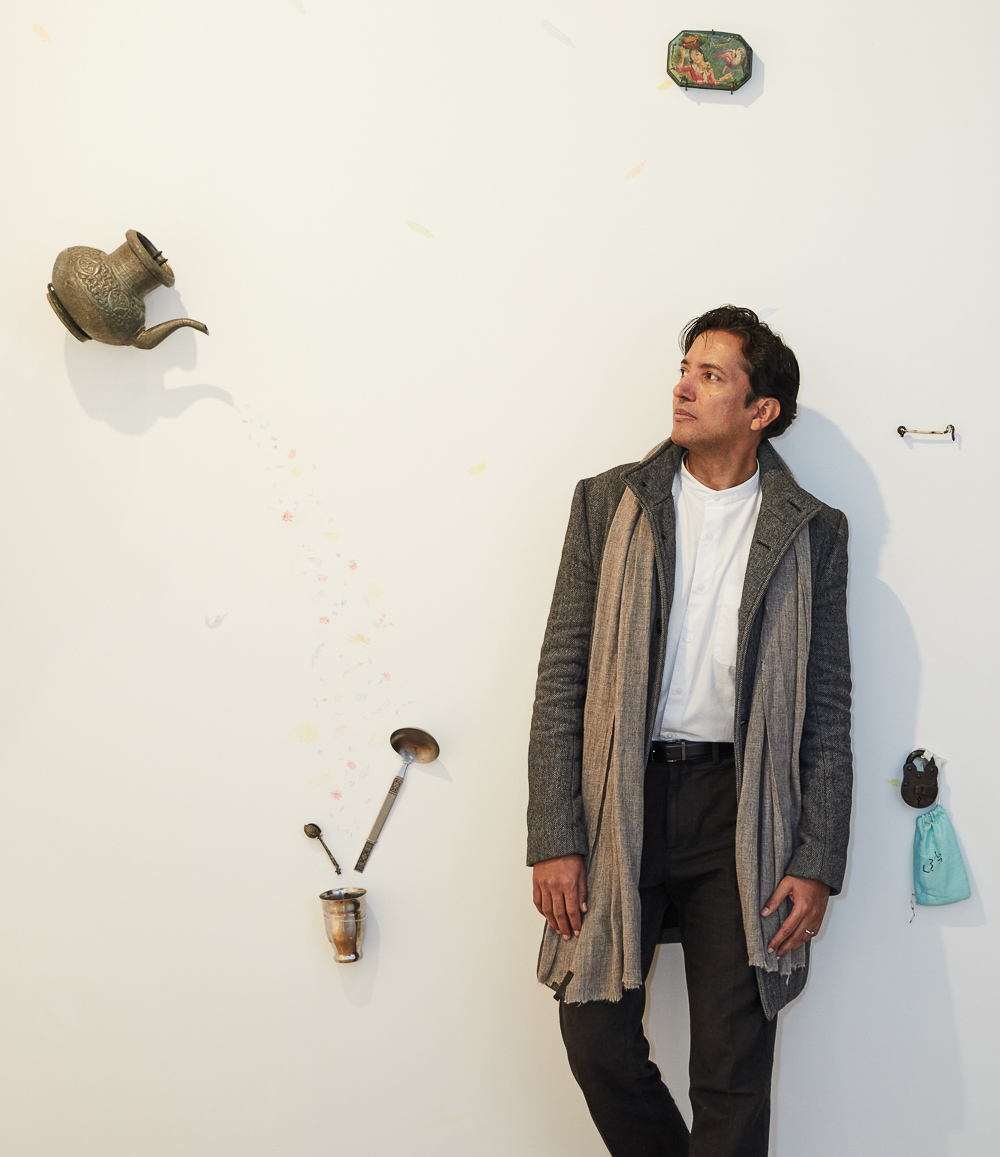 Such creation and distribution are now even happening on the macro-level where creators, collectors and auction houses, either independently or collectively, sell an NFT of a masterpiece in parts and even in pixels. Anwar suggested using the OpenSea website, an open NFT platform, which one could easily access, navigate and use. Once there, I would create an NFT on the Polygon (MATIC) blockchain with no gas fees (No crypto payment is required at the minting stage to offset the computing energy used by the network, hence reducing carbon footprint). Anwar also suggested the Coinbase digital crypto wallet app which, popular in Australia, could help me receive crypto coins at the point of sale.

The quickest and simplest method to create an NFT would be to upload an image of an existing artwork onto a recognised platform. Other methods involve more elaborate means, ranging from creating an entire Metaverse NFTs such as a Dolce and Gabbana’s fashion collection fetching millions of dollars in sales. Once I uploaded the lota artwork with proper informative text, set the resale protocols and froze the metadata so no one could change the NFT, it was launched. Check it out here.

After going through my first NFT creation experience, I think that the initial promise that an NFT would protect the artist and their creation is now under threat due to tech-world opportunism. Time and time again, we can learn from global art history that every time new technologies, such as printmaking and photography, can enable artists to exercise control over the edition run, pricing and sale of their work, the question of authenticity dominates the discussion. We still live in a world where physical objects hold value and are appreciated for their visual, tactile form.

A central legal question, especially for anyone interested in issues raised through the dissemination of NFTs, could be posed in simple terms: As a creator and buyer of NFT, what can one actually own?

The French government provided us with a clear answer to this question, stipulating that an art object can only be publicly auctioned if it is in the form of tangible, movable property. Hence an NFT sale as an art object would be deemed illegitimate.

This gave rise to the creation of an NFT display frames market, such as Tokenframe’s real wooden frames with anti-glare screens, leading us back to the authenticity of an NFT in the first place. Similar to the lota history, since the launch of NFTs as coloured coins in 2012-2013, its debate has been polarising. For some, NFTs are the high tech future of creativity and liberation and for others, they are an inflated “speculative bubble”, a Ponzi scheme and ecological disaster.

It can be a placeholder of our evolutionary desires, knowledge transfer, or simply a “lota” without a base. Only history can judge the outcome of this “artistic” shift. 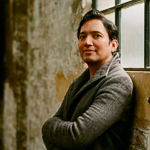 Dr Abdullah M.I. Syed is an interdisciplinary artist whose practice serves as an archival form of  manzoom muzahamat (poetic resistance), a form of activism that seeks to combat socio-political conflicts, apathy, and disillusionment through ideas of shared vulnerability, self-love, care, and storytelling. Syed studied and taught art and design in the USA, Pakistan, and Australia, and earned a PhD in Art, Media, and Design (2015) from the University of New South Wales, Sydney. Syed has exhibited and performed widely, curated exhibitions, and written catalogue essays. Syed has also contributed reviews and research articles to Imprint Australia, Southerly, and TAASA Review. Presently he is presenting “In Nature” at Gallery Sally Dan Cuthbert (Sydney) and Melbourne Design Fair 2022 and is a finalist for the Blake Prize 2022. Abdullah M. I. Syed is represented by Gallery Sally Dan Cuthbert, Sydney.

Jumaadi’s garden of shadows
Inner Traces: A dance of three rings
The currency basket: Investing in a shared world
Craft classic: Jawun
Dancing with stars: From light to dark from dark to light
How I learned coppersmithing in Gaziantep
Skin and stone: Craft-design collaborations in Manzil
Celebrating the huipil – From past to present