Cirkidz Wall; Writers of the era congregating at the Cirkidz legal back wall – Bowden Adelaide 1992

Reviled in its time, Joshua Nash and Tobias Nash find cultural value in Adelaide’s graffiti scene of the 1980s documented in a new book.

David Houston’s Wildfire is an easily digestible and thoroughly well-researched social history of a specific moment and movement in Adelaide’s artistic and creative subcultural milieu in the late twentieth century. A keen documenter as well as a key participant in Adelaide’s graffiti culture, to which he first connected as a teenager in the early 1980s, Houston is arguably the person most suitable to present this piece of the city’s artistic and cultural story.

Wildfire captures the evolution of graffiti in the small capital city. It begins with the earliest experimental works of a first generation of artists mimicking the sparse images of graffiti transmitted from New York City in the early 1980s—think Blondie’s Rapture and Malcolm McLaren’s Buffalo Gals. Then it extends to the development of a distinctive style all of its own by the dawning of the ensuing decade. This period covered in Houston’s history, 1983-1993, is also of particular interest as it aligns with the genesis of breakdancing and hip hop culture in Australia.

Houston takes the reader on a pictorial odyssey of station and artist names, eliciting emotive teenage memories of Adelaide which will resonate with any reader and at every turn of the page. Anyone privy to these or similar places and names will instantly recall the sight, smell, and sound of the trains; and will relive the adrenaline rush of riding in a carriage with the doors open on a classic Adelaide summer’s day with the level crossing bells ringing in your ears, all the while viewing a blurred but veritable vista of artworks painted along the track sides.

This work is a homage to those early artists who, although facing the many obstacles of material procurement and brushes with the law and parents, succeeded in spray painting their pieces, a large painted artwork, and then chased the train or returned to the wall the following morning hoping to catch a pictorial glimpse of their work, recording it for posterity with often the most rudimentary of cameras and a great deal of luck. These people, events, and ephemeral artworks are remembered in the many beautifully presented images Houston has collected, with the assistance of other pioneers of the Adelaide graffiti art scene. The accompanying text and artist quotes provide valuable insights into the human side of the movement and the emotions and thrills which drew willing candidates to the fold.

Graffiti writing in Adelaide, as elsewhere, appealed to disaffected youth, both working and middle class, who wanted to make a name for themselves by “bombing the system”, that is, replicating their tags in paint and ink as much as possible and everywhere they could to achieve fame among their peers. Trains were their ultimate objective. Despised by a public who regarded their actions as anti-social and wilful property damage, graffiti writers channelled their collective angst and youthful energy regardless, creating artwork and stylistic murals in the dark of night throughout Adelaide and South Australia.

A fascinating side benefit of Wildfire is its detailed documentation of the changing landscape of Adelaide and the history, development and changes to Adelaide’s public transport infrastructure for the decade. The now-defunct State Transport Authority (STA), the establishment of the O-Bahn busway system, and the nature of the rail transit system are all laid bare in a way where the griminess of the old “Redhen” train carriages with their screech on the rails and their smell of diesel and brakes are brought back to life.

Houston’s most notable collaborator with Wildfire is fellow graffiti historian and the book’s co-publisher and creative designer, Duro Cubrilo, from Puzle Press, who co-authored the ground-breaking Kings Way: The Beginnings Of Australian Graffiti; Melbourne 1983-1993, of which Wildfire serves as a natural companion.

The result of this broad collaborative work reveals a rich visual history that has all but disappeared. The long erased iconic murals and painted transit vehicles showcased and reproduced in Wildfire, owing to the transient nature of graffiti, only exist in these photographs taken contemporaneously. In some unfortunate cases, painted walls or trains were never captured on film. For this reason, it is just as well these writers were meticulous in documenting their works as without the photographs, which have hitherto lain stashed in shoe boxes and personal collections and shared among those rare few with a common purpose, we would be left with only vague memories and legend.

Both for its presentation of some of Adelaide’s formative and most notable graffiti works, as well as its social commentary, Wildfire provides valuable insight into what was at the time a little-known subculture that has developed into something much larger than any of the teenage vandals-cum-artists could perhaps have ever have imagined.

Retrospectively, the work should garner a more favourable viewing by those who may not have originally appreciated graffiti art or derided it as vandalism now that several decades have passed. Irrespective of whether they were regarded as legitimate artists and their work considered a significant form of contemporary art, graffiti writers were the forebears of today’s pervasive and now permissive aerosol art and culture. Such legacies in Adelaide, South Australia, and beyond now deserve to be acknowledged within the academic and artistic community.

Wildfire is available from puzlepress.com

About Joshua Nash and Tobias Nash 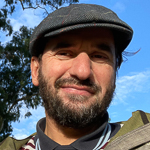 Joshua Nash is a linguist who writes about the anthropology of religion, architecture, language documentation, pilgrimage, and place-naming. 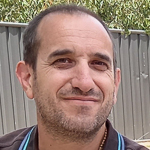 Tobias Nash is a historian based in Melbourne with an interest in the painted word as it appears in the contemporary urban environment.

Gate 8
Many stitches in time: the work of Annabelle Collett
Rediscovering the salt of the earth in COVID times
The use of function
Learning from Nagaland
NFT: Hype, new reality or just a giant con?
Late Muhammad Nawaz: The unsurpassable master potter from Harappa, Pakistan
The Kink