Rediscovering the salt of the earth in COVID times 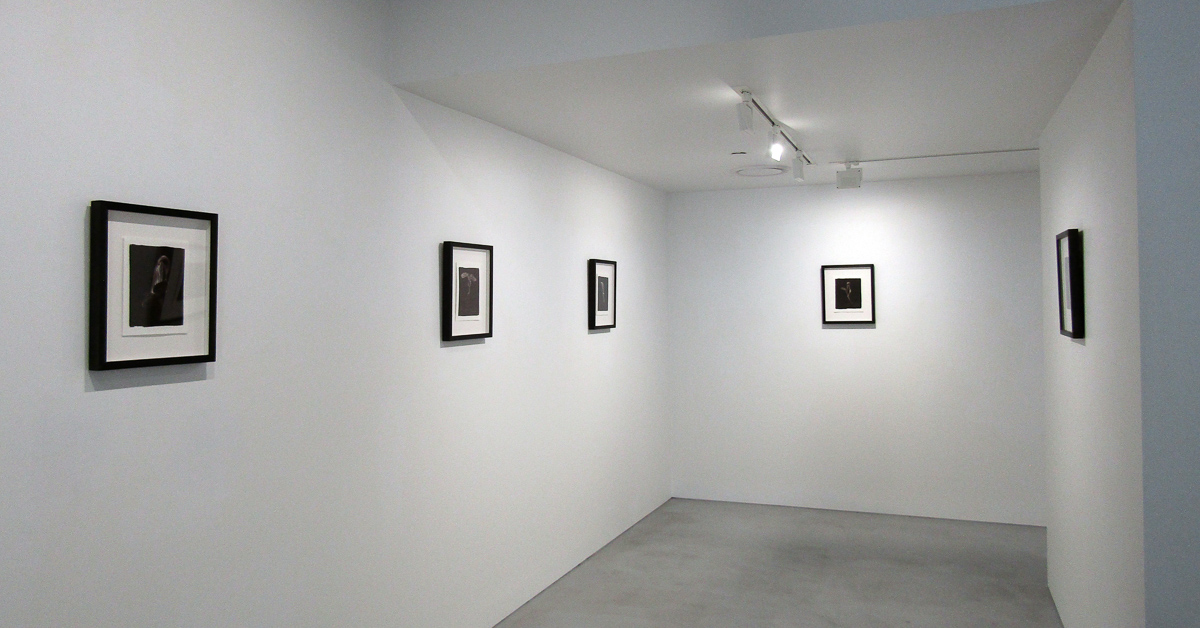 The diversity of germinating seeds depicted in these salt prints, encased in box frames, is reminiscent of a “seed ark”. Photograph was taken by the author.

According to Pamela See, Joachim Froese revives the nineteenth-century craft of salt printing to capture the ethos of the COVID-19 epoch.

Echoes of Process by Joachim Froese encapsulates the awakening to the hubris of humanity catalysed by COVID-19. At first glance, the fifteen prints from his series Entangled may appear to be a progression of time-lapsed digital photographs of a plant germinating. At further inspection, the uniqueness of each specimen and the ark-like diversity of the set becomes apparent. The artist has cultivated a range of floral species from the towering native Australian black wattle to the domestic herb of Italian origin, coriander. The latter is, at times, also referred to as Chinese parsley.

At close range, a viewer may begin to notice the unordinary. Preserved in handmade stained Tasmanian Oak box frames, each photograph in this series is an artifact carefully printed on cotton rag by the artist using salt. The diversity of germinating seeds depicted in these salt prints, encased in box frames, is reminiscent of a “seed ark”.

Salt printing emerged during the early nineteenth century, alongside daguerreotypes. The former was applied to paper, soaked in a saline solution prior to being coated with silver nitrate. Mould-made cotton rag was preferred in a time when the fully mechanised wood-pulp alternative proliferated.

The invention of this technique is typically attributed to William Henry Fox Talbot, who was the first to print onto paper by exposing a calotype negative in 1840. During the 1930s, Talbot experimented with exposing his photosensitive paper using a camera obscura. In addition to being an inventor, he was a respected botanist. Accordingly, the nascence of salt printing may be found in his “photogenic drawings”. Talbot created what has since become known as “photograms” by exposing botanical specimens, pressed against photosensitised paper by a sheet of glass, to sunlight. His presentation of this process to The Royal Society of London for Improving Natural Knowledge in 1839, was within a month of the titular announcement by Louis Daguerre. The daguerreotype would enjoy commercial success, displacing silhouette cutting as an affordable alternative to painted portraits.

However, salt prints represent a comprehensive visual repository of the late Victorian era by extending beyond human figures to include landscapes, architecture and still life. Patented by Talbot in 1941, calotypes referred to the Greek term for beauty, καλός which is pronounced “kalos”, and were also known as “talbotypes”. As opposed to the multiples produced through this process, daguerreotypes were singular images directly exposed onto copper plates. Talbot’s alternative offered inexhaustible reproduction. Although photographic documentation of the rampant industrialisation of the era is limited, aspects of the Art and Craft Movement it inspired were recorded by Talbot. Some of these objects were included in his treatise on salt printing, The Pencil of Nature, published in 1844. It was the first photographic book. Reminiscent of the first secular European books to be printed using woodcuts, which illustrated herbs, it contains plants.

A “reverse photogram”, which retrieved the likeness of a botanical specimen, is arguably the acme of the plates. Talbot described the process he employed as:

A leaf of a plant… is laid flat upon a sheet of prepared paper… then covered with a glass, which is pressed down tight… it is placed in the sunshine for a few minutes, until the exposed parts of the paper have turned dark brown or nearly black… when the leaf is taken up, it is found to have left its impression or picture on the paper. This image is of a pale brown tint if the leaf is semi-transparent, or it is quite white if the leaf is opaque. The leaves of plants thus represented in white upon a dark background… but the present plate shews one pictured in the contrary manner… speaking in the language of photography, it is a positive and not a negative image of it. The change is accomplished by simply repeating the first process… When, finished, the second paper is found to have received an image of a contrary kind to the first; the ground being white, and the image upon it dark.

The resonance of Echoes of Process may reflect this rhetoric, which was also born of a pandemic: the substrate of paper became established in Europe during the Bubonic plague. Likewise, the invention of the Jacquard weaving loom punch card, which would evolve into computer data tape, occurred during the early nineteenth century. Froese has used the subsequent digital technology to capture the likeness of his specimens. The immaterial data is edited and then exposed to negatives. From herein, analogue processes are engaged with the images materialising as salt prints through his alchemy and craftsmanship. 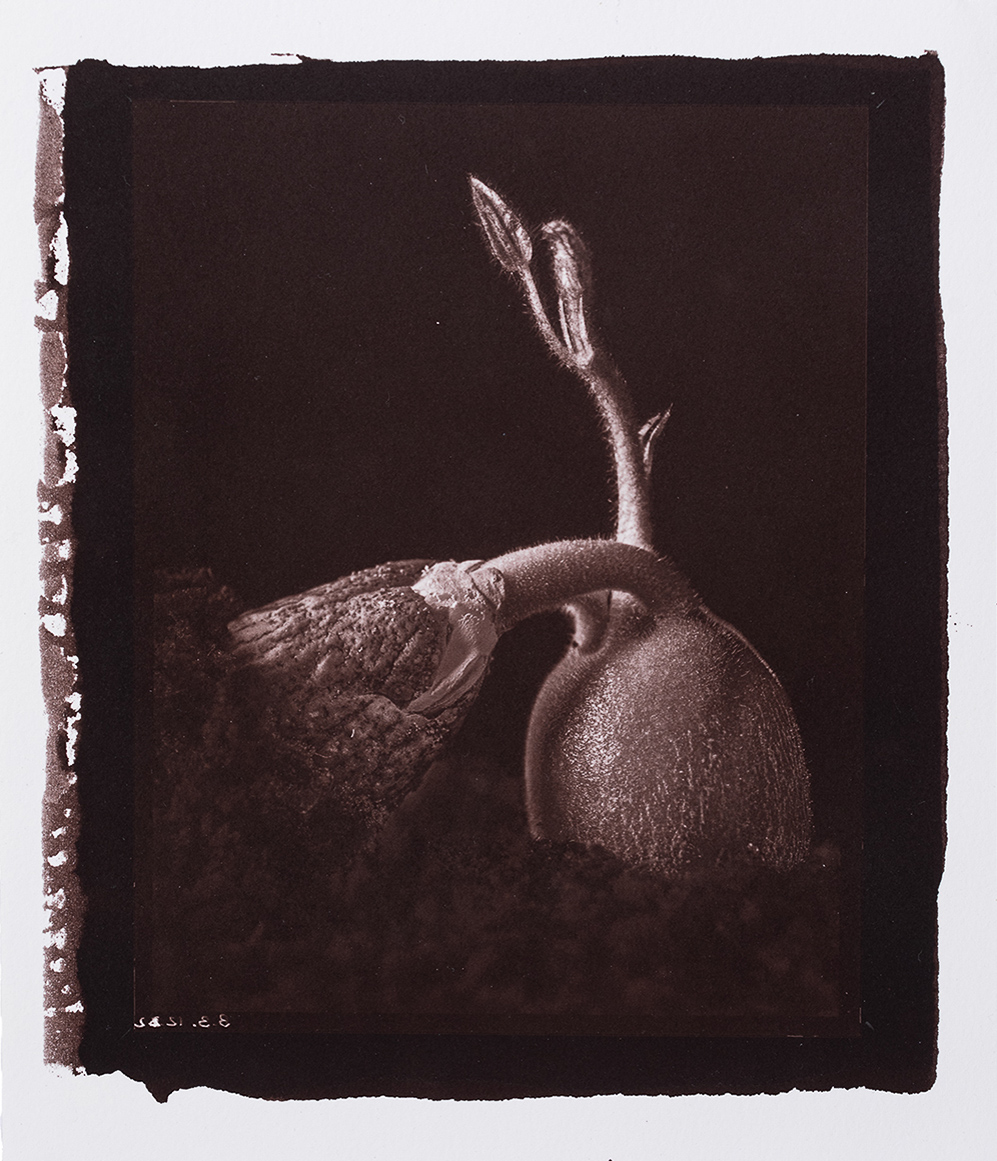 The artist revived the nineteenth-century technique of salt printing on cotton rag to create these photographs of plant specimens and then encased them, like artifacts, in box frames that he fashioned from Tasmanian Oak.

The series is celebratory of Talbot’s dedication to botanical research and ingenuity in developing photographic processes. The sourcing of local timber and his personally fashioning the box frames is also reminiscent of the craft movement of Talbot’s time. The deliberate painterly application of the silver nitrate, apparent in the edges of the picture planes, salutes the rise of abstraction in art such as impressionism and fauvism. These signifiers may also be read in a post-digital context. The movement became established during the second decade of the twenty-first century and its, at times, contradictory characteristics include: having undergone digitalisation, a predilection to the handmade, and, above all, a hybridity of old and new technologies.

The symbolism of salt is also laden with meaning. Whereas good may be defined as “the salt of the earth”, “salting the earth” in an Assyrian context, presents an entirely different prospect. The latter, used to purify or consecrate the earth of a fallen civilisation, also appears apt commentary of the present pandemic. His materials also extend to seeds in his vicinity, the germination of which he used to construct allegories of intimacy and rebirth.

Perhaps the most compelling aspect of this exhibition resides in his gesture of making this body of artwork in isolation in a suburban Australian shed. This revival of, at times, pre-industrial methods of production was quintessential to the COVID-19 experience at the onset of the pandemic. Homebrewing equipment distilled sanitiser. Desktop 3d printers manufactured face shields. Froese engaged brushes and salt to capture the ethos of the era. The subsequent objects are not mere echoes of the current human condition, but a projection of its hope for a more sustainable future.

Echoes of Process was staged at Jan Manton Gallery in Brisbane, between 15 September – 3 October 2021. A section of the artworks will feature in his solo exhibition at the Rockhampton Museum of Art, scheduled for late August 2022.

Hunter, D. (1978). Papermaking: The History and Technique of an Ancient Craft. Dover Publications.

Pamela See (Xue Mei-Ling) has a Doctor of Philosophy (PhD) from Griffith University and a Master of Business, majoring in public relations, from the Queensland University of Technology (QUT). In addition to regularly contributing to Garland Magazine, she has also written articles for M/C Journal, Art Education Australia and 716 Craft Design. Her research interests include: craft, post-digitalism, Asian art, public art and participatory art. 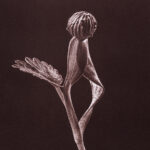 Joachim Froese ✿ The Sunshine of Yesterday
Adam Monohon writes about an artist who uses the ancient art of salt photography to capture today's materiality.

Casting shadows: Areta Wilkinson and Mark Adams at the National
Subtle cuts: New word sculptures from Ally McKay
Kete photography
A Brighter Pattern for a Better Place - The Queensland fashion of Elisa Jane Car...
The art of saving seals: April Surgent's glass etchings
Judith Crispin ✿ Picturing the gentleness of death
Martin Hill and Philippa Jones: Encircling the world
From canting to extrusion: The proliferation of technology from the Indonesian a...