The use of function 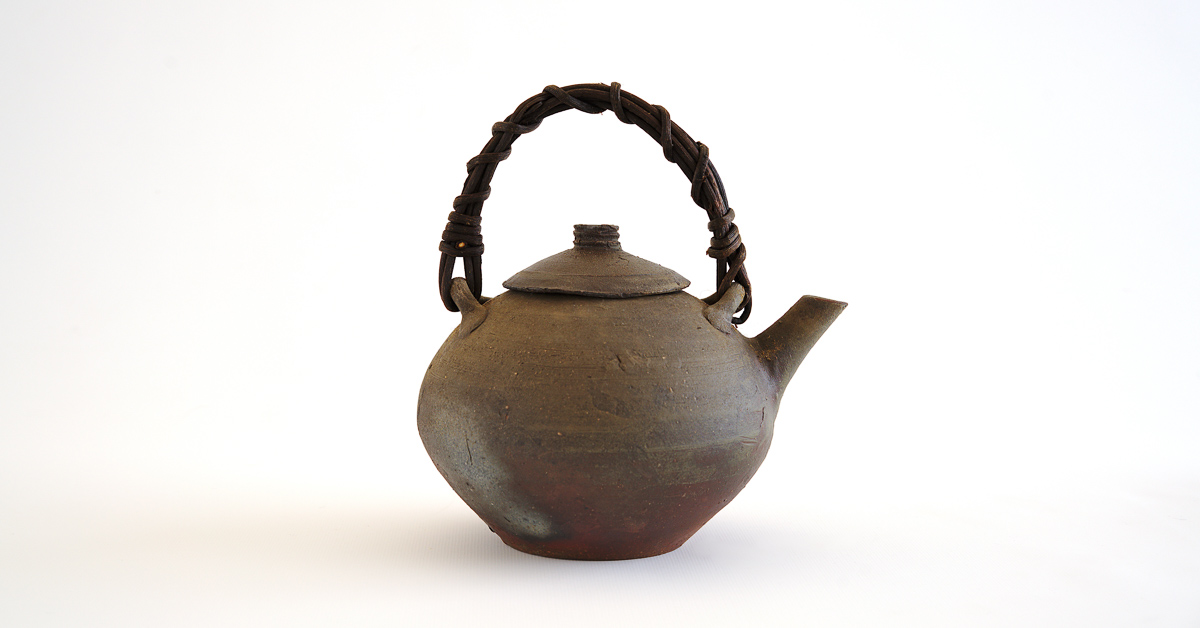 Rob Barnard argues for the value of use in ceramics as the door into a multi-sensuous experience.

I believe that use can be part of an aesthetic equation that permits the user to become an active participant in the aesthetic process rather than a passive spectator who is limited to either accepting or rejecting a visual premise put forward by an artist.

Use, infamously known in modern craft as function, has long been a dividing line between ideological camps in contemporary ceramic art struggling with one another over what modern ceramics ought to be. It should be clear by now that if a potter wants to make his or her work relevant in a time in history when plastics and factory produced chinaware have eclipsed the traditional role of pottery, function can no longer be the sole raison d’être for their work. In fact, when you read statements by potters about their work, expression of one type or another seems to be the main focus of their energy. Does this mean that useful pottery is irrelevant in contemporary culture? If we examine this dilemma in a different light, though, it is possible to find another use for “function” inside modern culture.

This fundamental act of choosing to use an object rather than merely placing it on a shelf for display is what allows the user to become part of this aesthetic process, a process which addresses all our physical senses in an elemental but nonetheless powerful way.

It is the physical senses, after all, that inform the spiritual. By that I mean, they are the route by which we begin to understand the nature of being. The American philosopher, John Dewey argued in his book Art as Experience that,

“The senses are the organs through which the live creature participates directly in the ongoings of the world about him. In this participation the varied wonder and splendor of this world are made actual for him in the qualities he experiences.”1.John Dewey, Art as Experience, Perigree Books, 1980, [© 1934], p 22

When we experience a sunset, we are not having a purely retinal event that centers on the changing color of the sun. We feel the temperature of the air and the smells that are carried by the breeze. Our body registers the sensations of heat or cold and the physical comforts or discomforts of our surroundings. The intense power and beauty of a moment like that is the kind of sensual experience of which Dewey is speaking. It is a moment when our physical senses have allowed us to transcend our mundane reality and to connect with some part of ourselves that we are unable to reach through purely intellectual reasoning. Ralph Waldo Emerson wrote of such a moment.

“Crossing a bare common, in snow puddles, at twilight, under a clouded sky, without having in my thought any occurrence of special good fortune, I have enjoyed a perfect exhilaration. I am glad to the brink of fear.”2.ibid. p.28

Because useful ceramics address all of our senses, it allows for this same kind of multi-sensuous experience, which is a very different kind aesthetic proposition than the purely retinal one that presently is the focus of contemporary ceramics. American ceramics, in its struggle to gain cultural and economic parity with the fine arts, has tended to reject the idea of use because it is believed that this emphasis on the domestic and tactile nature of a ceramic object is the primary stumbling block to ceramics acceptance by the fine arts as a medium worthy of serious consideration. Dewey also commented on this disposition, saying that: “The hostility to association of fine art with normal processes of living is a pathetic, even a tragic, commentary on life as it is ordinarily lived.”3.ibid. p.27

…our decorative arts tradition has always tended to view crafts in a purely retinal, two-dimensional way

This movement away from use was, in fact, a rather easy one for ceramic artists because our decorative arts tradition has always tended to view crafts in a purely retinal, two-dimensional way. We have been brought up in a culture where the predominant method of instruction was through books, magazines, slides and video. When and if we went to a museum, we were never allowed to touch an object. The whole of our education as ceramic artists has been dominated by graphic images addressed solely to the eye. The result is that when we look at pots, we tend to see them as silhouettes, covered by a uniform thickness of glaze so as not to interrupt the idea of the pot as a pure linear shape.

In post-modern ceramics, we can see this proclivity taken even further in the next rather obvious step of flattening a pot (whether as an illusion or in actual fact) to render it as a true two-dimensional object. Even Bernard Leach, the champion of useful pottery, was susceptible to this tendency as we can see in Chapter 3 of his book The Potter’s Challenge where he provides two silhouettes of Chinese pots “with diagrammatic notes indicating those movements, which seem most contributive to total effect.”4.Bernard Leach, The Potter’s Challenge, edited by David Outerbridge, E.P. Dutton & Co.,1975, p 37  It should not surprise us; therefore, that much so-called functional pottery appeals to the retinal sense by emphasizing line and decoration just as much as the post-modern vessel or ceramic sculpture. Lip service is paid to the haptic, but the visual or retinal aspects still rule.

In an article on the avant-garde Japanese ceramist Kazuo Yagi, Bert Winther-Tamaki talks about how pottery can carry complex meanings and communicate on a level beyond the retinal. He recounts a story of historical fiction written in the early 1930s by Eiji Yoshikawa about the life of the famous seventeeth-century swordsman Miyamoto Musashi. Musashi encounters two potters; one is a craftsman whose consummate technical skill leaves Musashi in awe. Later, he encounters the famous potter, calligrapher and master sword sharpener, Honami Koetsu. Musashi having come to him to have his sword sharpened, however, is unaware he is a potter. Koetsu offers Musashi tea in a bowl of his own making and Winther-Tamaki tells us:

In a rather erotic rendition of the connoisseurship of pottery, Musashi ‘rubbed the bowl, unwilling to lose physical contact with it’. He fathoms all sorts of things about the character of the ‘potter himself…there‘s something big and daring about him’…The tea bowl looks very simple, but ‘there’s a certain haughtiness about it, something regal and arrogant, as though (its maker) didn’t regard other people as quite human’. Thus while the first potter Musashi met provided a model of selfless pottery skill, the second demonstrated the haptic basis of the aesthetic of the clay vessel. The profound beauty of the teacup was sensed more through the flesh than through his or his eyes.5.Bert Winther-Tamaki, Yagi Kazuo: The Admission of the Nonfunctional Object into the Japanese Pottery World, Journal of Design History, Volume 12 Number 2, 1999

While it might be tempting to dismiss this story, because it comes from a completely different culture and time, as irrelevant to a discussion of the problems that modern ceramic artists in the West face, one ought to ask that same question of relevance about the study of Shakespeare, Bach, or Impressionist painting by contemporary Japanese artists.

This story is instructive not only because it shows how a bowl can act as a vehicle for serious expression, but also illustrates the difference between the technical skill of the first potter Musashi met and the artistic vision of Koetsu. In fact, this idea of exploiting the potential of use to create a truly sensual experience that will transform an act like drinking into an aesthetic moment of the kind that we generally consider the prerogative of painting or sculpture is not one that we see Western potters addressing in their work.

Use alone, of course, guarantees nothing. The physical senses that address a trite commercial jug in an upscale boutique are the same senses that help us digest and comprehend the intricacies, say, of a medieval jug from the British Museum. Significant pottery does more than merely function, it causes the user to become more aware and receptive at the moment of use than they might ordinarily be in the overstimulated world in which we live.

It should be clear by now that I am not speaking of use in the context of either the Leachian paradigm or of Yanagi’s idea of the unknown craftsman. I do not, for example, believe that making functional pottery puts one on a higher moral plane than that of the other ceramic arts. Or that all potters need to do to prove their relevance in modern culture is to make large numbers of pots every day and sell them at extremely cheap prices. This kind of quasi-mingei approach to use is as narrow and unproductive, as the one taken by many modern ceramic artists, who desperate to appear part of the cutting-edge avant-garde, seem to believe that anything can be art—except pottery.

The role of pottery has changed in this century from one of providing the physical tools we need for our survival to that of creating a moment in time where we are able to have an extraordinary experience that expands our consciousness. This does not mean that use is no longer an important element in ceramic art. Philip Rawson suggests in the last paragraph of Ceramics that;

the basic elements of the potter’s art will not vanish from our lives even if our ‘pots’ are to be made of plastic. Furthermore, another revolution in art may well demand that work be addressed to the whole multi-sensuous man, hands and all, to awaken those important and intensely valuable regions of feeling and sensuous order which pure visual–abstract work ignores, or even affronts.6.Philip Rawson, Ceramics, Oxford University Press, 1971, p 206

Modern potters have at their disposal a tremendous asset that has until now been squandered. While the fine arts flounders about trying to find some way to be relevant and to be a part of everyday life, modern potters already have, in their grasp, the solution to this dilemma. The question should not be, whether pottery is better than ceramic sculpture or the gallery vessel, but rather how can one make useful pottery a viable and compelling art form in its own right. How does one, in other words, fashion useful work that appeals to Rawson’s “whole multi-sensuous man” and in doing so transform the way we see the world.

This is a chapter from the book In Search of Relevance, Enshin Press, 2021

A Search for Relevance
A Search for Relevance collects previously published essays by Rob Barnard, a modern potter, that chronicle the thoughts, feelings and beliefs that helped confirm his perception that pottery is capable of expressing the same kind of serious thoughts and feelings found in all other forms of art. Thes… 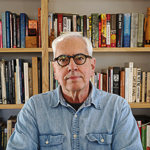 I am Rob Barnard. I am a potter and a writer. I began studying pottery in 1971, then moved to Kyoto in 1974 to study under Kazuo Yagi at Kyoto University of Fine Arts. In 1978 I returned to the United States and established a kiln and workshop in the Shenandoah Valley of Virginia.

Inner Traces: A dance of three rings
Shaping the divine in the lanes of Kumartuli
place of not-knowing: on Arrernte Country
NFT: Hype, new reality or just a giant con?
Kangri: The dilemma of the Kashmiri portable heater
Pink Terraces
Litema, the pride of a Mosotho woman’s home
Objects for today from the shards of the past: Possibilities for ceramicists in ...