Shibari on the Strathbogie Ranges: The art of Japanese rock knotting 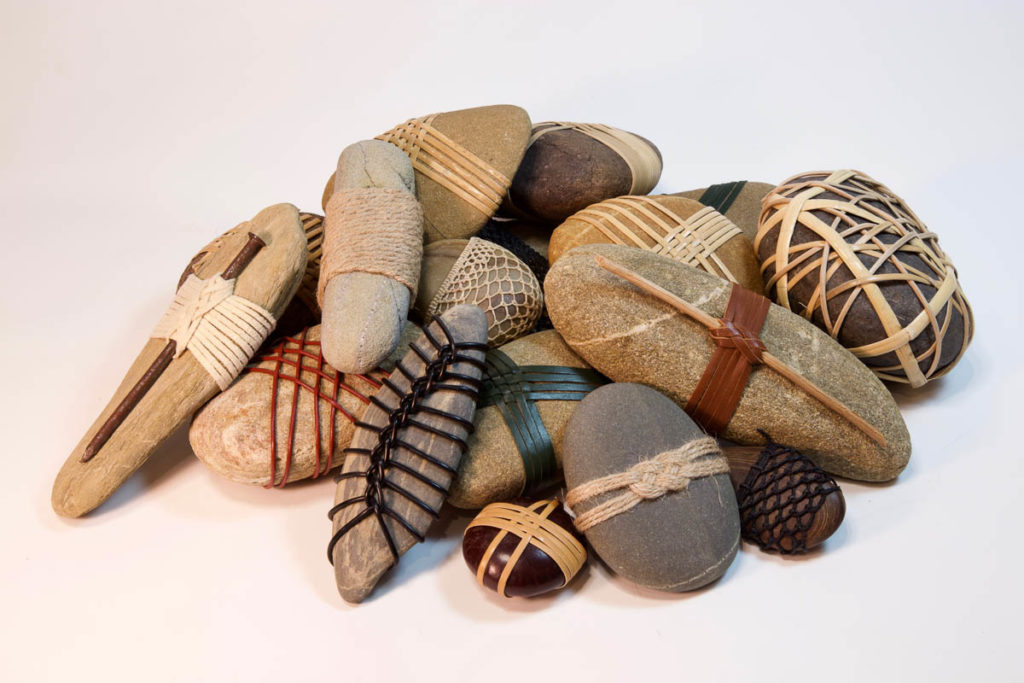 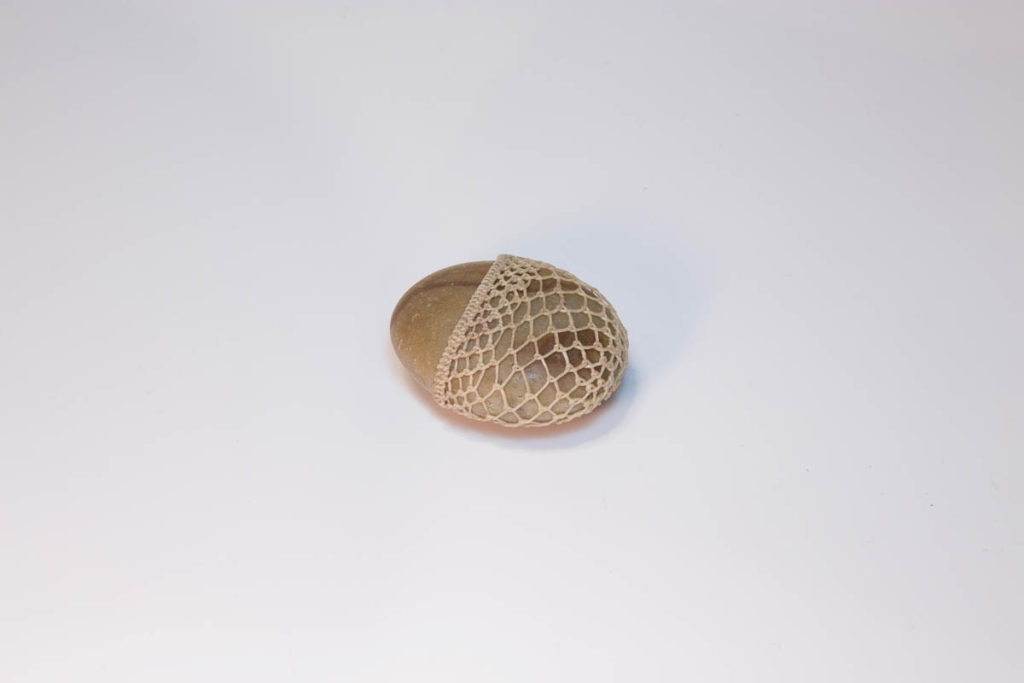 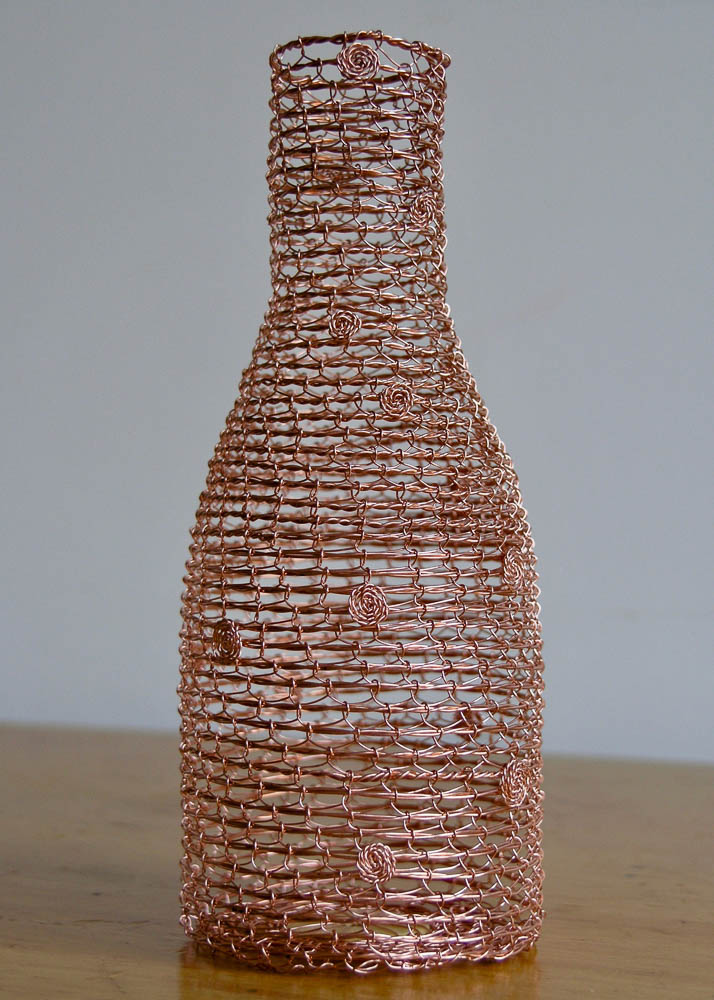 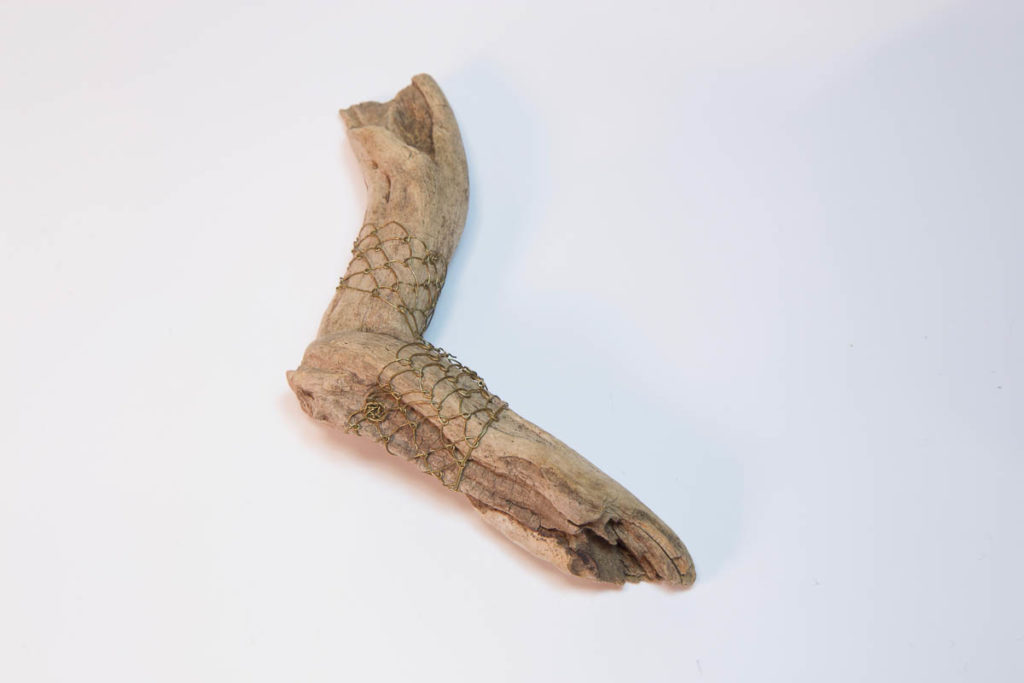 My journey in basketry began in Townsville, where I lived for almost three years, and developed as a consequence of my friendship with Marion Gaemers.

As I prepared to leave North Queensland, Marion suggested I plan a return visit to coincide with the National Basketry Gathering that was held on Magnetic Island in 2005. There I met basket makers from all over Australia including members of the Basketmakers of Victoria (BOV). Although intrigued by their skills I was not particularly inclined towards the craft. The process of harvesting, processing, storing and then using damp natural materials didn’t appeal in the least. I had made wreaths from green willow in my twenties, but I had never made a basket. Never-the-less I was encouraged, indeed, pressed to join the group despite my obvious ambivalence.
In Melbourne, membership of BOV gave me access to an instant social group of like-minded makers. I loved their generosity and camaraderie. Yet I resisted making baskets until I simultaneously discovered copper wire and the culturally universal technique of knotless netting, also known as looping. In 2008, Jude Walker demonstrated the technique at a Tasmanian Basketry Gathering held at Poetina. I was hooked. I imagine it was because we made a small, stitched object using predominantly recycled materials that the technique was so appealing. At the same Gathering, I was introduced to off-cuts of salvaged, plastic coated, copper wire. I’d found my material! Here was an attractive, recycled material that was flexible although not altogether forgiving in the hands of a novice. I’ve always loved the rhythm of quiet, slow, hand stitching. In fact, darning and hemming could be my form of meditation. Knotless netting became, for me, the basketry version of “slow stitch” and I found it equally meditative. I combined the two elements and in 2009 I exhibited my first completed work. This piece used a bottle shaped vase as a mould that was subsequently removed.

While holidaying with friends in the Strathbogie Ranges, I played with wire over a knarled stick found in a paddock. It had such pleasing haptic feedback, I was moved to create another piece using the same knotless netting technique. But instead of wire, I used waxed linen thread over a small smooth rock. The process of encasing the rock became meditative and gave me an unexpected sense of joy. The finished object became a tiny, portable “shrine”. I held it, felt its weight in my pocket and it was a reminder of that intense pleasure.

In his scientific study of happiness, psychologist Mihaly Csikszentmihalyi coined the term “flow”. He noted that the act of creating seemed at times more important than the finished work and he was fascinated by what he called the “flow” state, in which the person is completely immersed in an activity with intense focus and creative engagement. There is a link between “flow” and the concept of mindfulness and the focus activated in meditation. I felt I had found that quiet ecstatic state of joy when engaged in the process of wrapping a rock in a net of linen thread.

I started experimenting with materials other than copper wire and waxed linen thread; cane, leather thongs, nylon cords as well as jute and cotton string. These rock amulets use an amalgam and adaptation of marine knots, lashings, Japanese basketry knots and other basketry techniques. While some may look complicated, the designs are usually based on a simple repetitive technique, that with patience and that elusive, invisible component, time, combine to create something aesthetically pleasing that can feel reverential when held and may be used as a focus for contemplation or meditation. Historically amulets were sacred, precious and imbued with healing or protective powers.

The search for further techniques that could be applied to the rocks led me to research Japanese basketry methods. These, in turn, lead to me reading about the practice of kinbaku, kinbaku-bi and shibari.  Beginning in thirteenth-century Japan, rope tying (hojojutsu) was used to restrain and transport criminals. It was a form of punishment. It evolved to a martial art form known as kinbaku meaning “tight binding” and kinbaku-bi, “the beauty of tight binding”.  As the technique was adopted internationally it evolved to a decorative art form known as shibari. Pete Riggs comments in his blog, “Shibari is all about…connecting with rope; decorating, restraining, caressing, seducing… or whichever (area) you prefer to focus on”. The focus of my work is binding to achieve aesthetic appeal.

Inevitably, in my searching, I discovered the work of Deloss Webber and that has strongly influenced my work. I’ve been inspired by a number of artists over the years since joining BOV in 2005. Initially, it was Marion Gaemers who influenced my basketry development, as it was she that introduced me to so many techniques. Anna Lizotte from Tasmania has been a major influence. Her work is often small and delicate but always exquisitely neat, strong and beautifully designed. I love and admire the work of Ruth Asawa, Bronwyn Oliver, Jan Hopkins, Lois Walpole and Fiona Gavino.

My everyday existence is suspended while engaged in weaving around a rock. Becoming immersed in the activity I can step outside myself, move away from normal, daily routines and merge, as I am carried into the flow state, effortlessly, with the technique. The process, a repetitive action, usually leads and I almost don’t have to think. Being focused on the present, my mind empties, hours slip away, seemingly in minutes and the base and mundane rock is transformed into a meaningful and treasured object.

Riggs, Pete (2015) The First Rope Bondage Tie You Should Learn 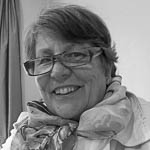 Anne Newton is a fibre and textile tutor based in Melbourne, Australia. Found objects and recycled materials are the most important part of her work. She enjoys sharing her skills and has a number of workshops scheduled for December 2018 at “The Studio at 54” in Ocean Grove, January 2019 at “Opendrawer” in Camberwell, and monthly at her studio in Parkville. Further details of any of these workshops may be obtained by phoning 0412573631. Anne’s work is represented in private collections in Australia, USA and Italy. She is looking forward to her planned research tour of Japan in 2020.