To rescue a world on the wane: A clarion call to woodworkers 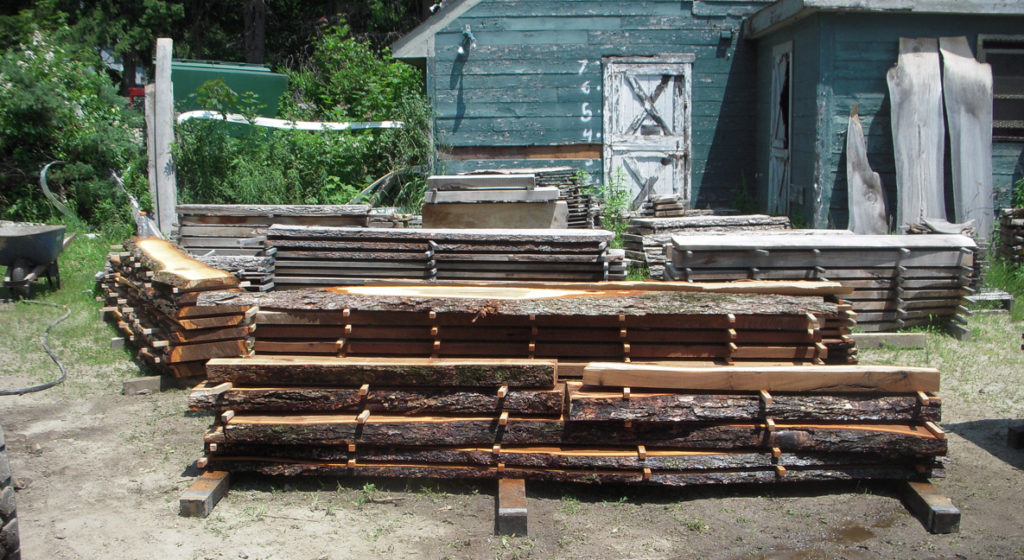 D. Wood argues that wood furniture should be more than just the appearance of its origins.

When I was a fledgling furniture maker at Sheridan College, Canada, the studio master, Donald Lloyd McKinley, held up a book and said, “if you want to be a studio furniture maker, you must read this.” It was Edward Cooke’s New American Furniture: The Second Generation of Studio Furnituremakers (1989). I soon signed it out of Don’s glass-fronted cabinet and devoured it cover to cover. I learned of the history of American studio furniture as well as its significant practitioners. The handful of women amongst those practitioners acted as role models for me and the burgeoning of females in the male-dominated medium.

Cooke points out that the first generation of studio furniture makers—George Nakashima, Sam Maloof, James Krenov and Wharton Esherick—focused on material and form. The material was solely wood; its colour, grain, and chatoyance were highlighted and exploited. The timber remained natural with a protective clear finish; traditional joinery like mortise-and-tenon was featured; and the pieces were revered for the beauty of woodgrain and techniques of the makers. These men lived in a time when huge timbers were available to enable a single or two butterflied planks to create a tabletop. Nakashima was shown on the cover of Fine Woodworking in 1979 (Jan/Feb) in his wood store with wide boards towering over him. Around that time, Don McKinley shipped Huon pine —Lagarostrobus franklinii which can measure one metre in diameter and 20-30 metres high—from Tasmania to Canada to add to Sheridan’s special woods collection.

The second generation of studio furnituremakers was less reverent of trees and tradition. I cite two examples from the woodworking archives. Garry Knox Bennett defied purist conventions by hammering a 16-penny nail into his meticulously designed and constructed paduak Nail Cabinet (1979). The nail, not the African tropical timber, became the cabinet’s focus. A second instance involved Wendy Maruyama as she was graduating from the masters’ furniture program at Rochester Institute of Technology. Her Writing Desk incorporated red-tipped through mortises and crayoned initials marking the maple surface. Fine Woodworking, a magazine singularly devoted to woodworking aficionados, featured the desk on the back cover of its September-October issue (1980) with the caption, “Decoration vs. Desecration.” Although Wendy said she had no intention of being defiant—“To me, it wasn’t any different than somebody applying a glaze to a ceramic pot or painting on fabric.”—she chose to be contrary in a bastion of machismo. One of the first female enrollees in an American MFA furniture design/make program, Wendy was vilified by her male colleagues yet paved the way for paint and applied decoration to appear on natural wood.

Forty years later, we see furniture made in a vast array of wood products with a myriad of finishes. Visiting craft exhibitions in Canada in the last 18 months, I have seen a return to “first-generation” sensibilities, including wane edge (showing the tree’s bark exterior) coffee tables, hall tables and breadboards. These pieces would make James Krenov or Sam Maloof turn in his grave! The tables’ undercarriages are metal, screwed to the top, with no design integration between either element. The breadboards, with a healthy price tag, require little workmanship or design talent: the DIY nature of these products, purporting to be craft, annoy me. Ditto for the demolished barn and building timbers that are similarly configured for domestic use. However, consideration of the existence of these products in light of a proliferation of articles about loss of global arboreal resources and encouragement of tree recognition is timely. 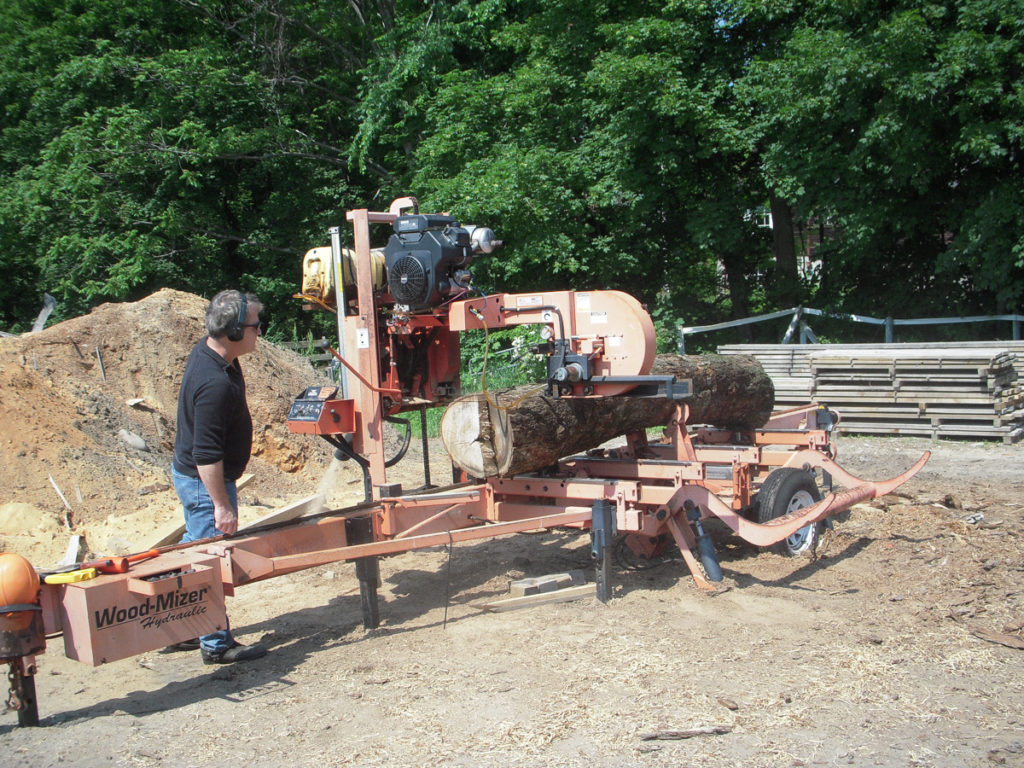 Climate Focus, a think tank that recently reported on world forest loss, states that an area the size of the United Kingdom is being eliminated or degraded each year worldwide. The tree losses are occurring primarily in Latin America, south-east Asia and Africa, but as developers gobble up land in Western cities, tree-shaded parks and ethnic gathering places are also being erased. The good news includes initiatives like England’s Woodland Trust, which has an annual competition whereby Britons can nominate their favourite tree. In the United States, The Witness Tree Project in the furniture program at the Rhode Island School of Design uses historic trees (e.g. red oak and maple brought down by Hurricane Sandy in Thomas Edison National Historic Park and mulberries from Van Buren National Historic Site) to enable students to recognise the relevance of the past, materially and figuratively, to the present.

Thus, while scientific, individual and grassroots efforts are bringing attention to the importance of trees, Richard Powers’ The Overstory is about love for trees. Two of the plot’s characters live in the branches of California redwoods to prevent their being chain-sawed; a plant biologist contends that trees are social and creates a seed library for their future germination; an artist continues a tradition of taking photos of the chestnut tree, over time, on his family farm. The novel is about the characters’ activism for the maintenance of trees, an activism that displays a willingness to change lifestyle in order to protect something precious.

During the September 2019 climate strike marches in Canada, many school children carried signs and three-dimensional cardboard trees-on-sticks. Greta Thunberg has incited her generation to care about global warming and the collateral damage done to the flora and fauna of this earth. Thunberg has told world leaders that they are not doing enough and while the numbers of marchers have demonstrated grassroots indignation at the actions of governments, marching, too, is not enough.

Wane or live edge products may signify empathy with nature, ecology, heritage and tradition; on the other hand, in the not too distant future, they may indicate, “I was once a tree.” But the presence of an oak table or maple salad bowl or walnut pepper grinder in a home is not enough. Furniture makers—and other craftspeople—must become politically involved in maintaining resources for their practice (i.e. furniture-appropriate tree plantations) and changing the capitalist ethos of planned obsolescence. A handcrafted piece of furniture is affordable if a cost-benefit analysis is factored into its initial cost. Makers can play an active part in rebranding the “for the privileged” associations of craft.

Matthew Kiem, writing for craft + design inquiry (2011) stated: “an ongoing critical examination of the conditions of craft practice should form part of a (re)constructive project that asserts the value of craft from within more sustainable practices of work and living.” To save the trees and the planet we must substantially change who we are and what we do. 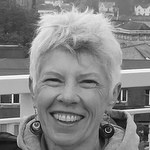 D Wood earned a Diploma in Crafts and Design from Sheridan College and an MFA in Furniture Design at the Rhode Island School of Design (2000). Her PhD from the University of Otago (New Zealand, 2012) addressed the history and presence of studio furniture in New Zealand in the context of the contemporary craft movement. D has given presentations at international conferences and published extensively in respected journals such as American Woodturner, Ceramics Monthly, Journal of New Zealand Studies, Metalsmith, Neues Glas, Surface Design, and Woodcraft.

Making wood precious in Astana, Kazakhstan
Crafting hope from the rings of the black ash
The panggals of Kambot and Wom villages: A journey down the Keram river
Cracking the colour code: The Maiwa-Khatri partnership
Nature craft
Who is the author? Oaxacan wood carvers in global economies of ethnic art
Quarterly essay: Libraries of Stone and Wood
Quarterly essay - Everything Happens to Everyone: A Rodney Glick story ✿