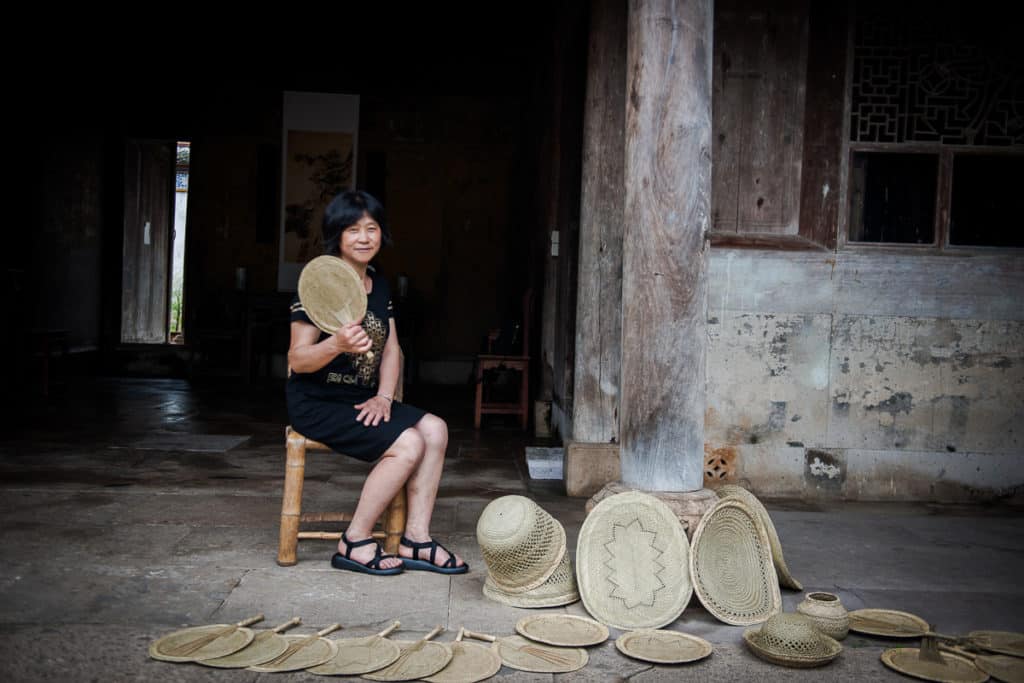 A pu fan is made from a handful of grass. The delicacy of a pure handmade cattail leaf fan and the beautiful patterns rely on the unique and traditional way of weaving. This the wise fruit of Linggen’s ancestors is known as “the art of dancing on the fingertip”.

As a sustainable and green product, the pu fan is still popular in people’s daily lives. Once upon a time, making a fan was a craft practised by everyone who lives in Linggen. According to the proverb, “If you want a pu fan, you can come to Lingen village.” It is known here as “dancing on the fingertips”.

In the middle of June, the summer night is boring, the humming of insects is constant, the dog squats at the door, , the old man is shaking his fan to get cool. The pu fan sways gently, shaking the laughter of summer night, shaking away the sultry heat. 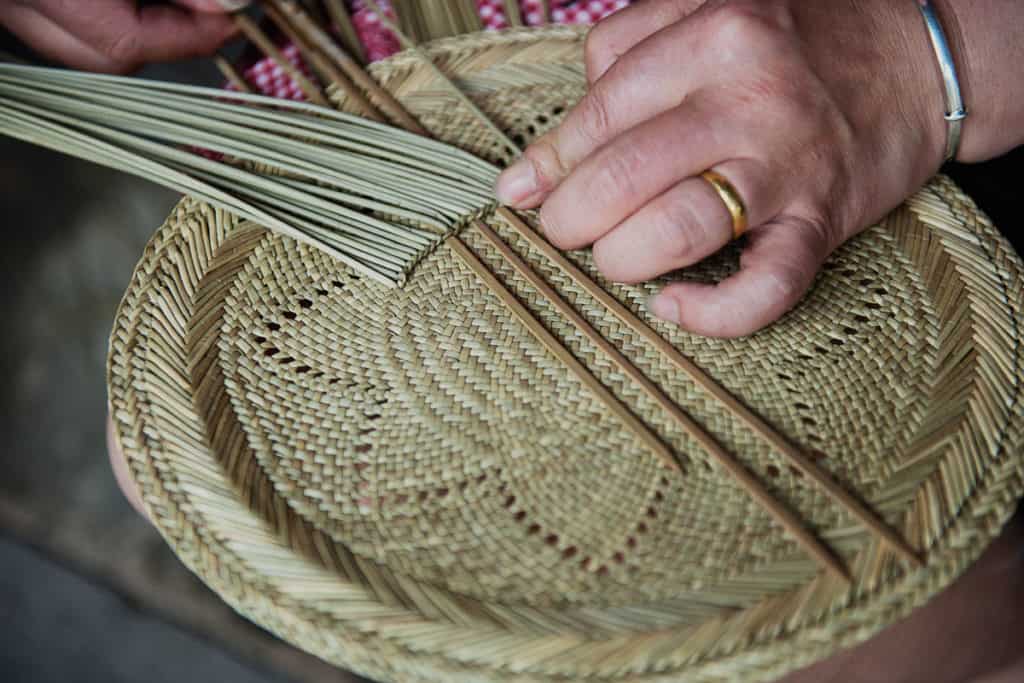 Once upon a time, in Linggen, the straw fan was a craft for everyone. There is such a vernacular poem there: “The fan is cool and cool, and the fan is not fanning in winter. If anyone wants me, he can come to Lingen Village.”

Xianhong Zheng, the inheritor of pu fan crafts, is 50 years old. She has been learning this craft since she was a child. It is now part of her life.

Pu fan is not only a handful of grass, but there are also different patterns on it. Intarsia is a feature of the weaving. It represents a good wish and provides a blessing.

The straw is used not only in making fans, but also straw hats, shoes and baskets. Aunt Zheng’s life lies in discovery and innovation. The glare of an incandescent light is tempered after passing through a grass lamp. 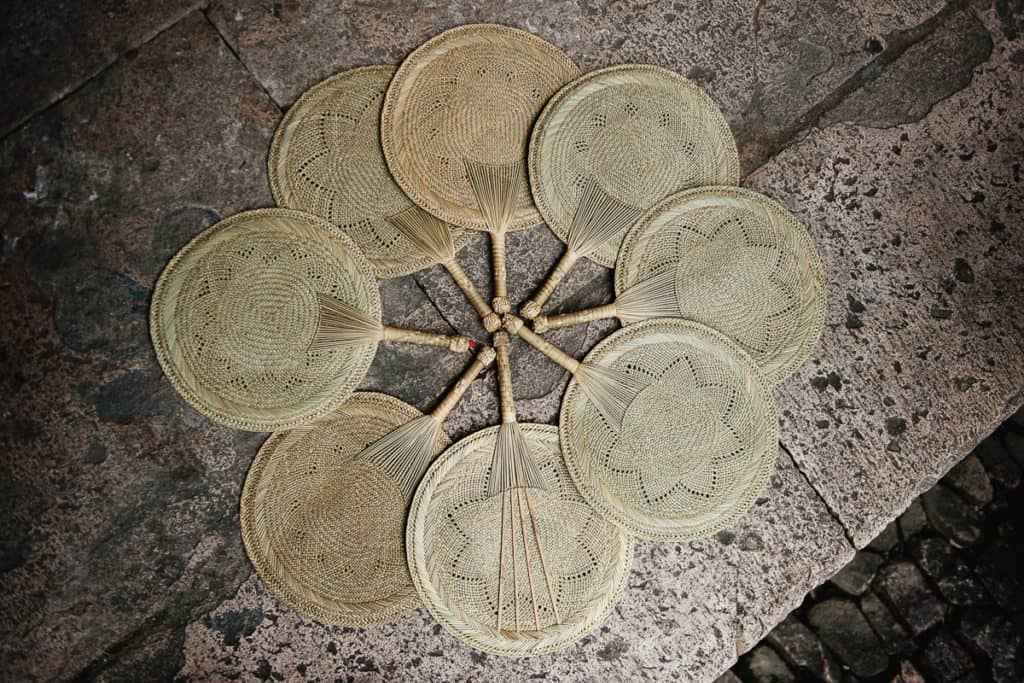 Since childhood, Xianhong Zheng has been deeply impressed by the various patterns on the fan: octagonal, gold plate, gardenia, jujube, five-pointed star and so on. “When I was a child, the adults were weaving. I stood on the side and looked at it. I saw more, and I learned naturally .” Aunt Zheng loves to spend her years weaving in the clean courtyard and in the old lane in front of the door.

I miss this summer, the humming, the small bench under the big tree, and the old pu fan in the hands of the grandmother. I thought, when I grow old, I want to plant a few flowers, make a cup of tea, and fan myself laughing at old age.

The translation/editor is Xia Li, photography is by Meng Xinping. Thanks to Miss.Right for providing advice. The Chinese original is here. 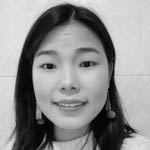 Sheng Mi has the pen name of Yayoi. She is a Chinese language and literature major, which involves a compilation of Linhai Baigong. When I was a child, I grew up in the streets among these old craftspersons. Then I witnessed how these crafts quietly faded in the torrent of the times. She hopes that more and more young people will be able to explore these old crafts from their own perspective and encourage these crafts to survive in new ways.

Artifice as allegory: Sylvia Nakachi investigates evolving Indigeneity in the To...
Earth Nidus: An unnatural nature
Objects for today from the shards of the past: Possibilities for ceramicists in ...
“Who’s Nalda?” The influence of Eileen Keys and Pantjiti Mary McLean 🎧
Paying the school fees: Bolga baskets in Ghana
An invitation to create: The Deeper Voice of Textiles
Sheoak voices
Binga baskets and other treasures of Zimbabwean craft