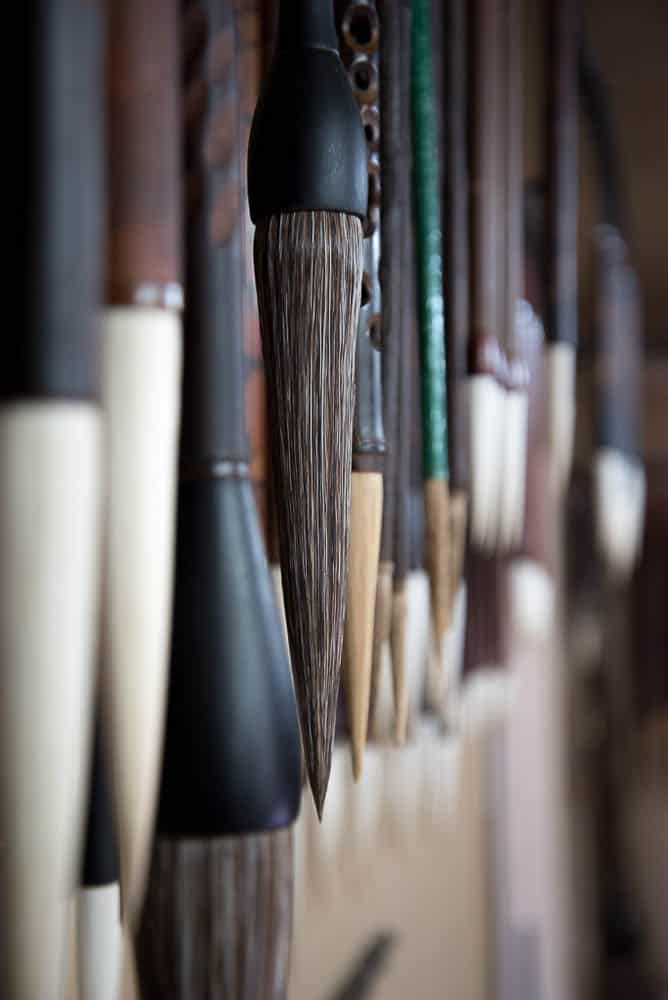 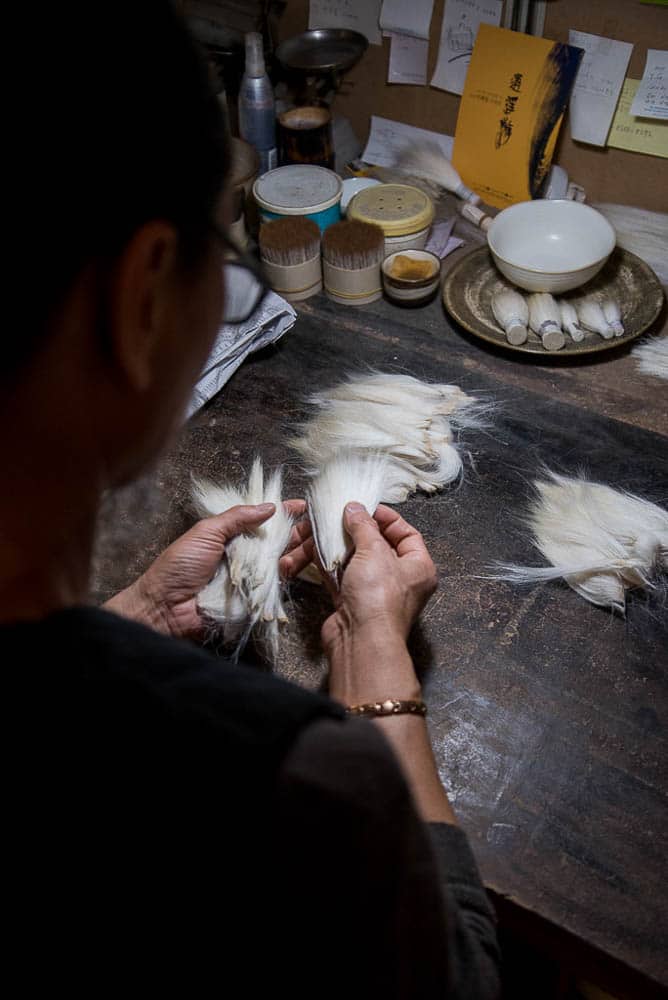 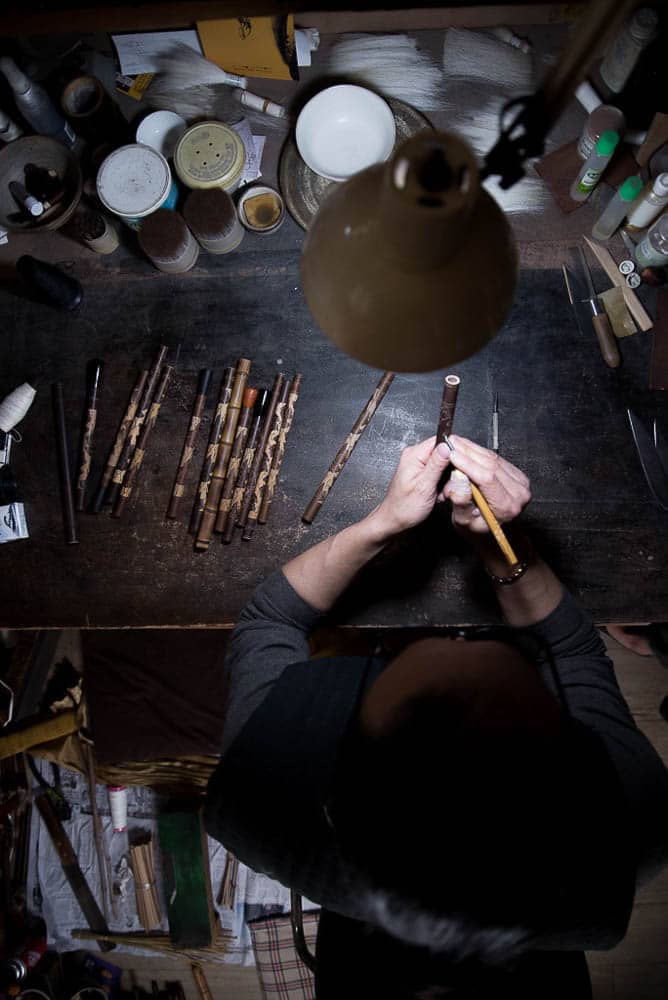 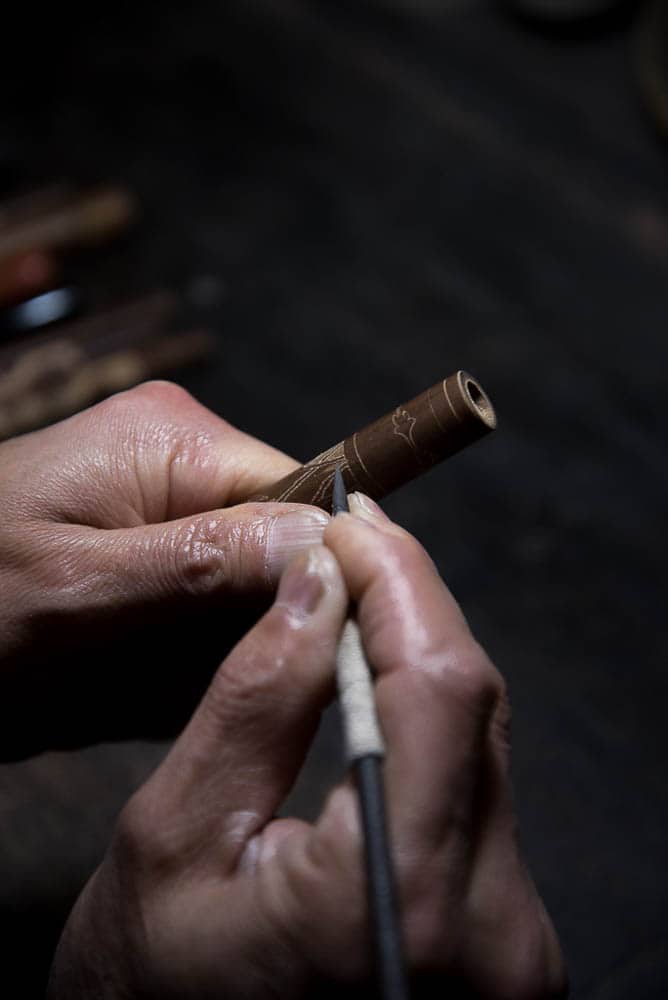 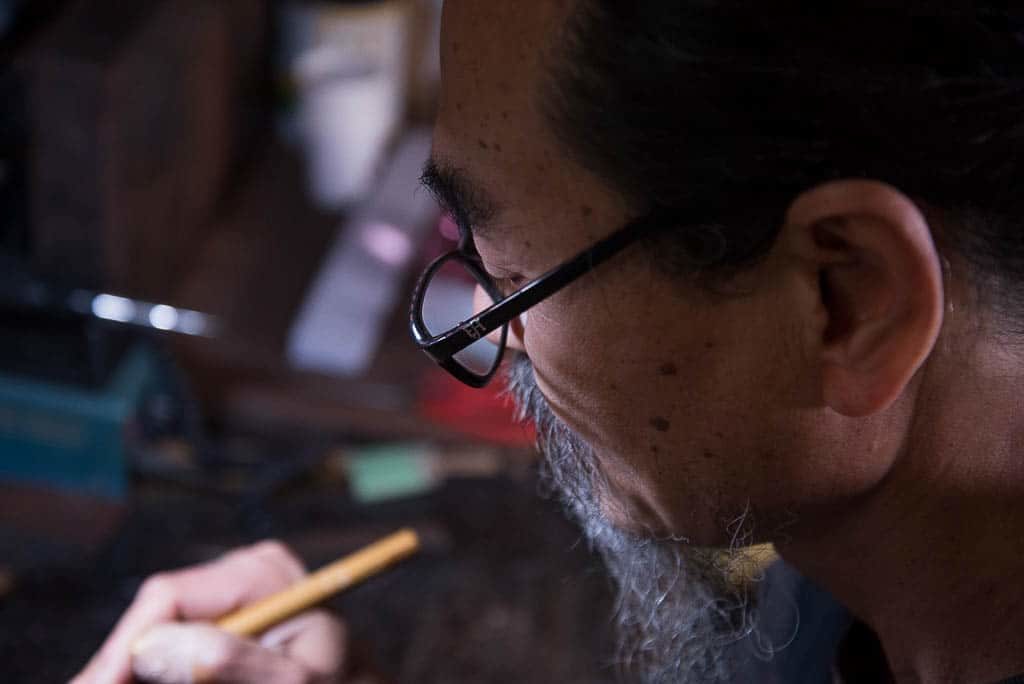 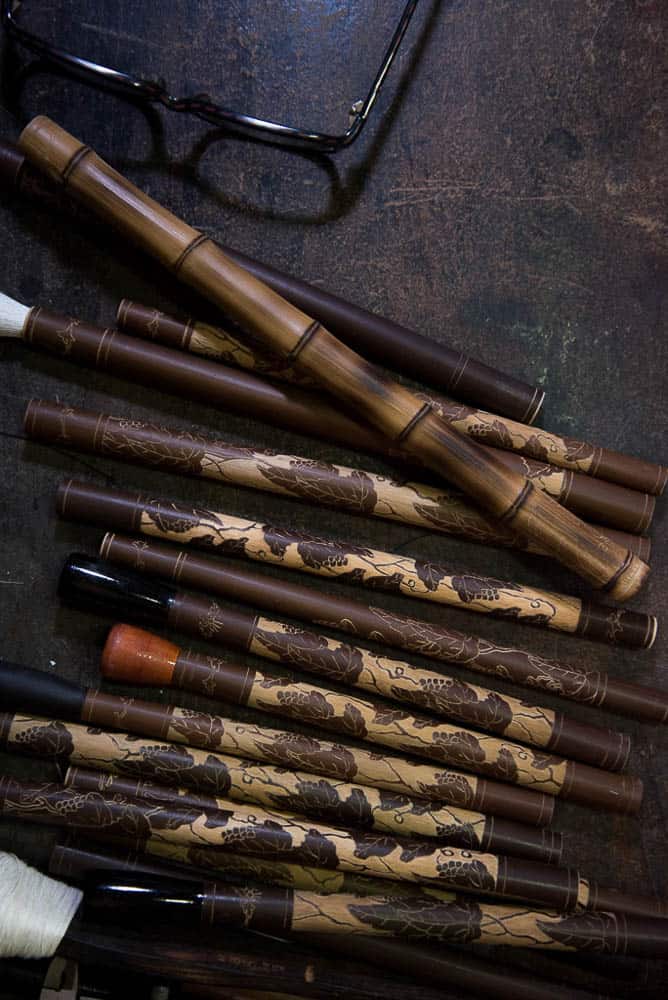 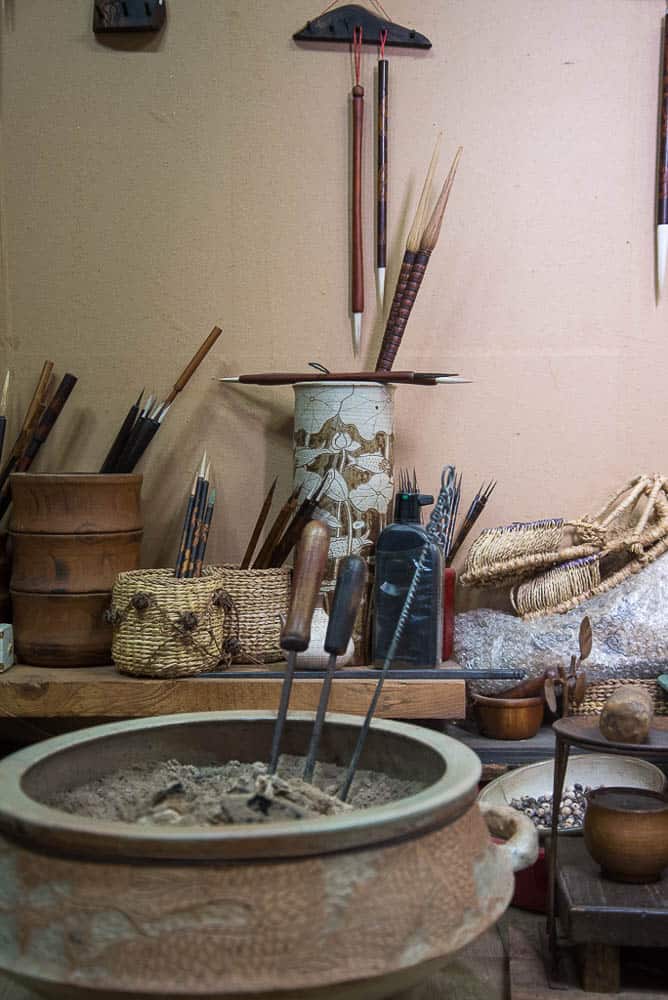 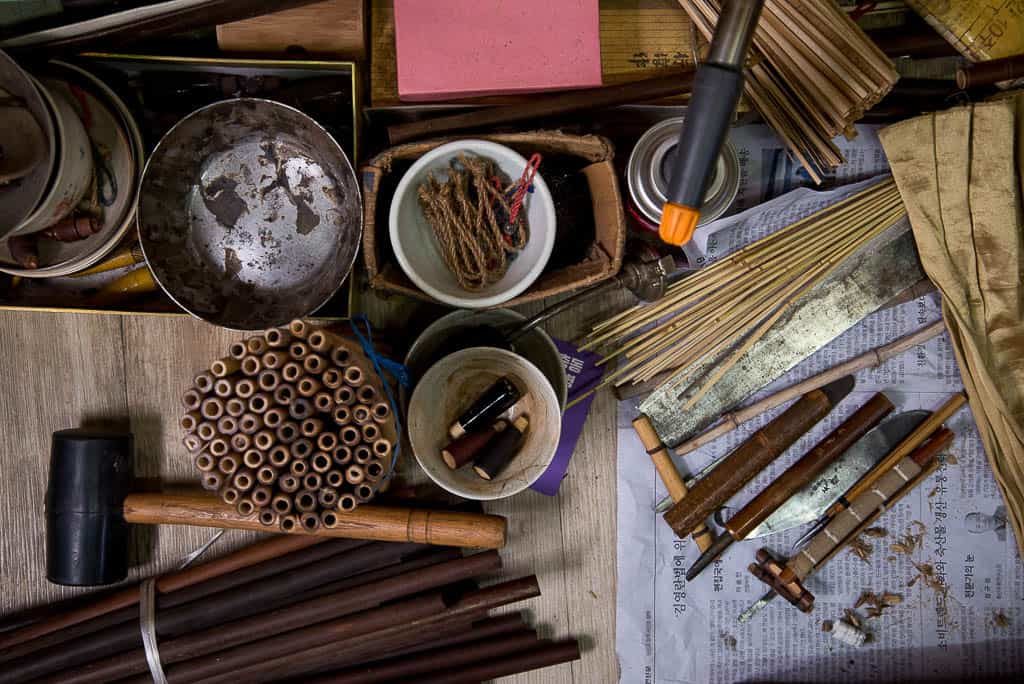 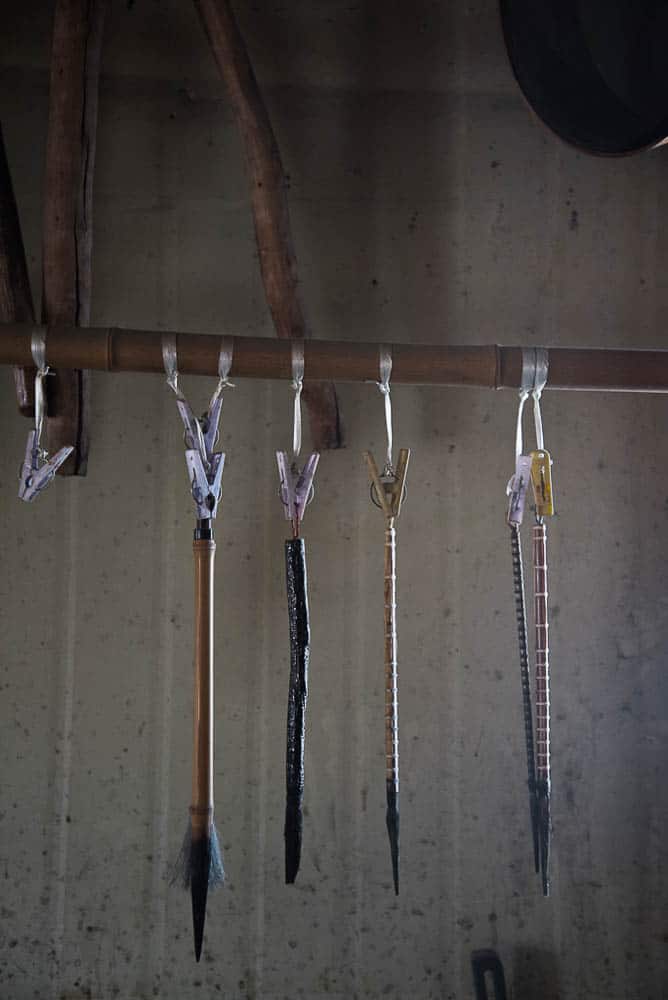 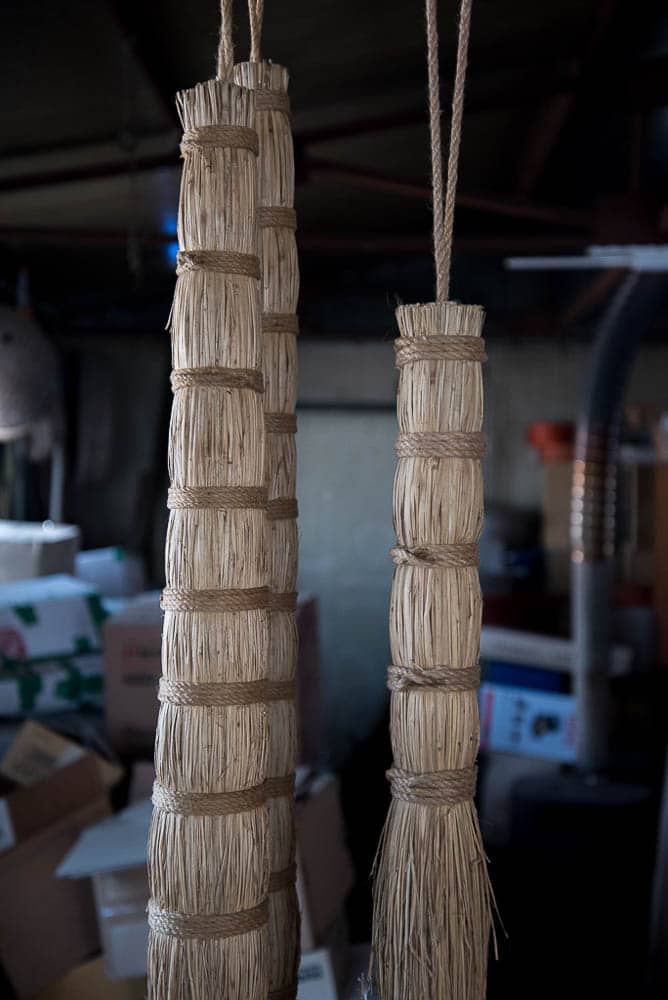 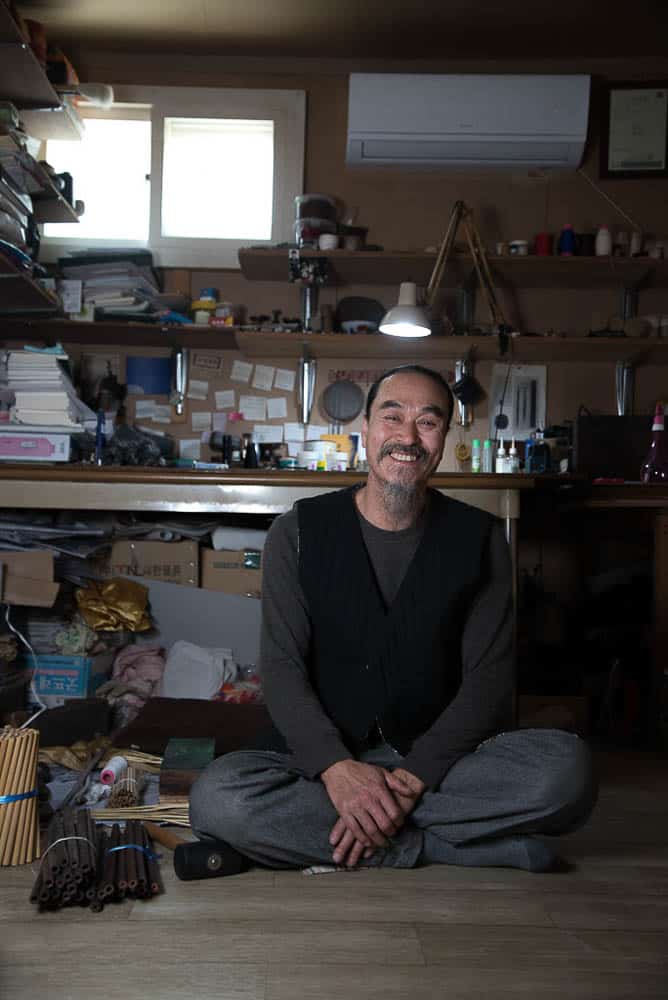 In January, Jeungpyeong-gun’s first Chungcheongbuk-do Intangible Cultural Property was recognized. This was Yoo Pil-mu, the brush master artisan, who has been maintaining the tradition of Korean brush alone for the past 40 years, was named as the first. Yoo began his career at the age of 12 and since then he has been considering “realisation from experience” as the prime importance in his life. Thus, he chose to learn from the actual work rather than taking formal education. As a result of his continual work with brushes, Yoo is now the brush master artisan of South Korea.

Let’s meet with Yoo, a man of his word, a man who never loses his original intentions, and our great brush master artisan.

All the brushes made by Yoo are based on tradition. Starting from a brush called galpil, made from a stalk of kudzu, he began recreating all the brushes our ancestors used. Depending on which material is used to make a brush, the type and method of the brush-making must differ. Yoo captured this wisdom of our ancestors and includes it in his brushes.

The wise craftsmanship of our ancestors can be found even in the brush handle. Yoo taught himself carving and repeated practising the traditional patterns until his hands and eyes were used to them. He also engraves his own patterns, which resulted from his ongoing efforts, onto the handles of his brushes. This technique shown in his brushes had actually disappeared before the fourth generation of Korea and thus it was more of an oral tradition. In fact, the original intention of the pattern engraved on the brush handles was to prevent slipping due to the sweat from the hand, but at the same time it gives a visual impression. The master artisan Yoo uses the brush handles as canvases to engrave his favourite poems, patterns, and traditional gil-sang patterns (meaning lucky symbol) and finishes them with lacquer.

They say that it is hard to value Yoo’s brushes. To begin, he starts making his brushes without deciding on their price and in order to achieve a high degree of completion. The amount of money cannot be calculated by economic logic. In addition, he is tenacious in rejecting sales to those who do not appreciate the true value of his brushes.

In 2008, Yoo held his first solo exhibition at the Korean Craft Center in Cheongju City. At this time the title of his exhibition was A Thousand Brushes. The word “thousand” describes the number of brushes along with the meaning, “the brush that opens the sky”, in Chinese characters. During the 90s, Yoo set his goal of developing a thousand types of brushes. He plans to come up with a thousand types of brushes for the world while continuously creating brushes, filled with wisdom from our ancestors. 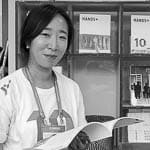