Battle of the Rings / Ring Smackdown 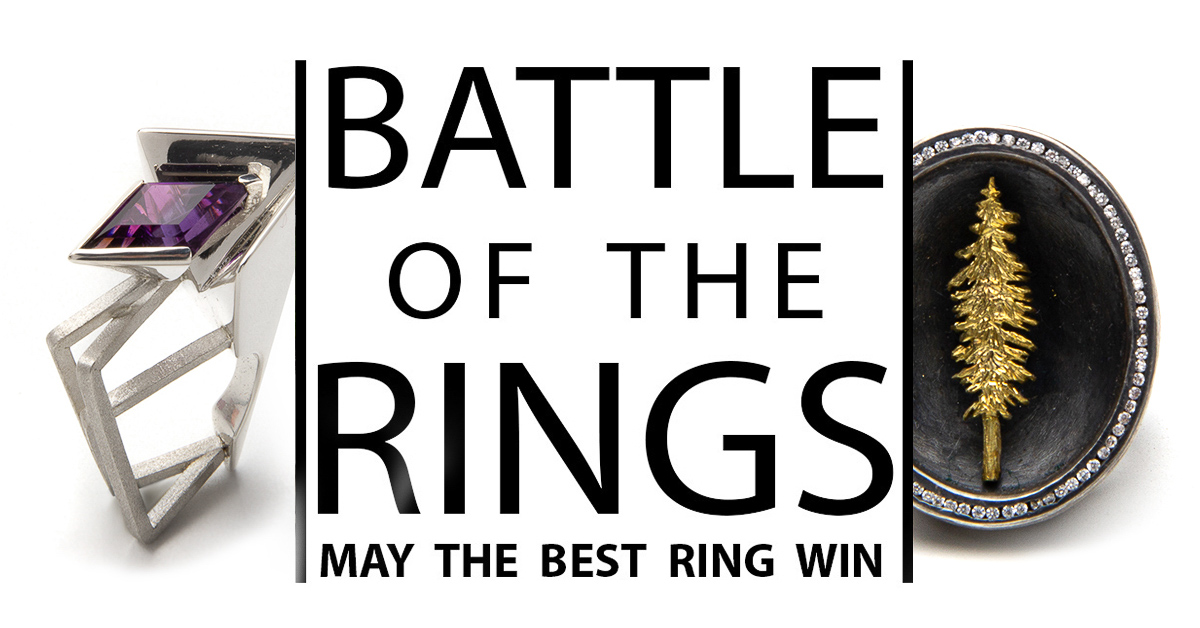 Melissa Cameron presents an insta-jewellery competition where everyone’s a winner.

Danaca Design (@danacadesignstudio) is an independent jewellery learning space, open studio, jewellery gallery and supply store in Seattle, USA. Like many other learning spaces, it has pivoted to playing host to a bunch of online programs since the start of the COVID-19 pandemic. Thanks to the creativity of owner/jewellery artist Dana Cassara (@danacassara), her close team and network of supporters, the Danaca online offerings have included the usual skills-based courses as well as community-focused opportunities like a series of well-attended jewellery trivia nights, and the Battle of the Rings – Ring Smackdown.

Begun in mid-2020, Battle of the Rings is a competition between ring makers that is hosted and promoted on Instagram. Sixty-four rings, submitted by makers from all over the globe, are chosen to compete by two independent jurors. On each day of the contest, different pairs from this pool go head-to-head using the Instagram Stories voting function, to find out which of the pair is the most popular. Each voting period is 24 hours long, and the winner of each pairing goes on to the next round. Winning rings are rematched and the process starts again. After all the re-matches take place in four rounds over about four weeks, the last two rings go head-to-head, with the final winner taking out the competition and the prize.

The first edition was hugely popular and as a consequence sold many of the rings that were in competition, which were all listed for sale via the Danaca Design online store. It also inspired subsequent competitions in 2021, and the upcoming 2022 contest. And speaking of 2021, for a visual of how the machine works you can see the ring matchups of 2021 on the Danaca website. 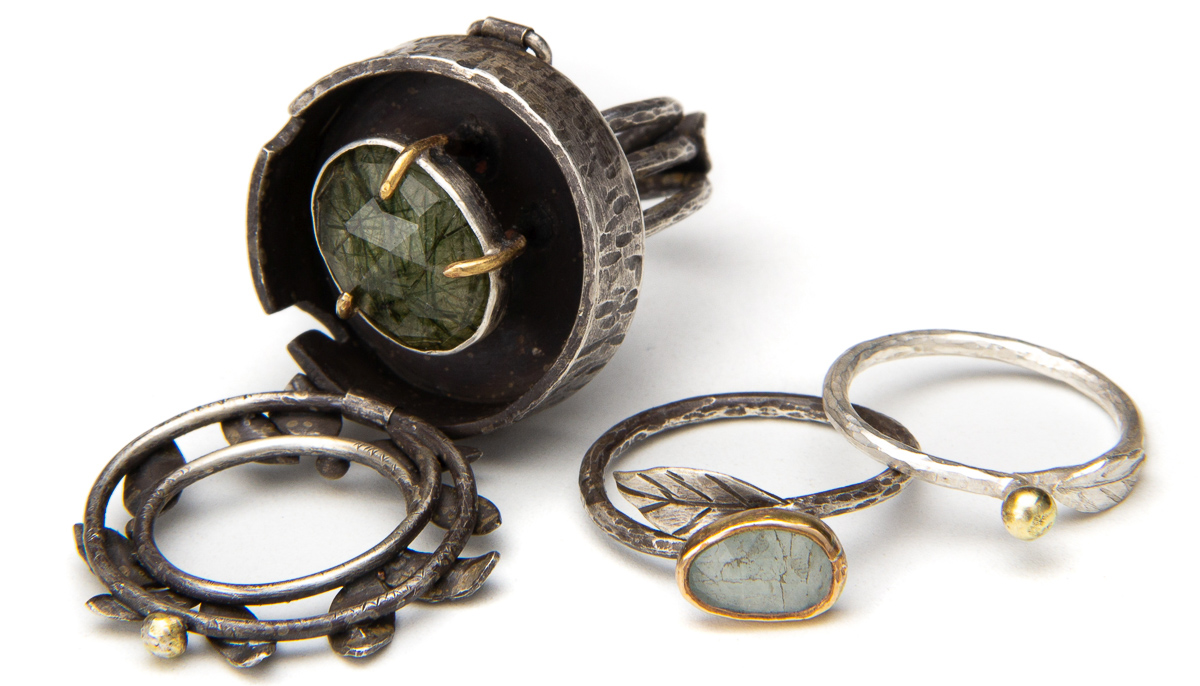 While it sounds simple, as always, the divine is in the detail. Past competitions relied on the clockwork organisation of the Danaca team, run by Cassara. After being first winnowed to 64 pieces by the jurors, nearly all the competitors were sent to Danaca Design where they were rephotographed. Making the context of the images as similar as possible is important to Cassara, knowing that this way it’s naturally easier to ensure that voters’ judgement is of the rings, rather than the quality of their depiction. An added advantage of having an independent team studying and touching the entries is that voters can rest assured there’s no digital enhancement or fudging of the level of quality of the works through careful photographic staging by their makers. As Cassara told me,

“In 2021, because we had so many international competitors, we decided to accept artist images that fell within our tight format, by approval, in some cases requiring them to redo photos, so they could hold onto their rings until they sold. There were 6 or 7 out of 73 (including the 9 alternates) that we did not have in hand last year. Among those was the ultimate champion, Roozbeh [Rastegar]. It felt particularly uncomfortable to not have that ring. I was very pleased when he shared his process photos in a final effort to win the competition revealing so much more about the ring. This year we will require all the rings to be sent to us despite the outrageous cost of international shipping.

In the 2021 contest, each ring got its own post on Instagram prior to the vote. Posts included multiple images of the piece, a short video, and were accompanied by a statement and artist biography. Any voter stuck between two works had a way to learn more about each one, to help them in their decision making. In the last year Danaca has opened a separate gallery space to the studio facility, which means that having all the rings on hand will provide an added bonus for Seattleites.

This year the exhibition will be both online and exhibited in our new showroom space… We did in many cases use images provided by the artists in their product listing to help sell the ring and frequently used their videos if they provided one.”

Makers and wearers from all over the globe participated in the voting, and plenty of conversations were sparked in the comments. Owing to the pandemic and the concomitant travel exclusions and lockdowns, it was a tough time to feel connected to people who were far away, so this gave the newly separated community a chance to gather around something they all have an opinion on – rings! Participating as a voter in this contest was so easy that it rocketed up the algorithm, engaging voters from all over as it went. As Cassara told me,

“In 2020 we averaged about 1,000 votes per day. In 2021 that doubled and in the big battles, it tripled. Engagement depends a lot on how active the artists are in getting their followers to vote. Interestingly, it is not necessarily those with the most followers who get the most votes, which of course was a concern. I think this is in part because we have enough of our own, impartial, followers to offset most of the participant’s followers. I would say, as a rule, that all of the participants, including us, significantly increased their followers over the course of the month.”

Also helping it was the very premise of the contest; it was a huge game of “would you rather?”, with very low stakes for the voters for whom it was just another ten seconds on Instagram. Do you like left or right? Big or small? Colourful or monochrome? Shiny or matte? Precious or non-precious? This floral, or that one? The Danaca team were deliberate in their initial pairings, often matching like with like to find the best of a genre, before matching different typologies. But a lot more was riding on the ‘this or that’ decision for the contestants than it was for the voters. $500 US, to be exact.

This contest was tailored perfectly for its forum, as Instagram was built on liking and sharing. Users have been trained to make split-second decisions about the aesthetics (or sometimes just the feels) of the images in their feed, which are all presented in almost the exact same format. So, taking the voting too seriously might be reading a little too much into the decisions made by a bunch of people voting at all hours of the day from all timezones, and potentially in all states of mind. (The state of mind of the average social media user might always skew a particular way, say towards the voyeur or affirmation seeker. We’ll have to wait and see if Facebook publishes the results of their multi-generational experiments…) To me it felt that the low stakes for most of the voters was a nice change from some particularly bitterly-fought recent political elections, which helped to bring out the best in competitors too. As Cassara noted;

What stands out the most is how generally supportive the competitors are towards one another in the comments. They all want to win but they all want their favorite rings to win as well! I can also see how they end up following each other. In one instance last year, two competitors became fast friends so much so that they did a jewelry exchange!

Although physically more separate than ever, those in the jewellery community generally displayed care and kindness towards their fellow makers throughout this competition, with one noted exception. As 2020 Smackdown juror and recent Trivia Night quizmaster Andy Cooperman (@a.cooperman) said “Dana’s superpower is community.” and I think this, arguably her most internationally famous project, is a testament to her powers. In a moment of heightened awareness about the comfort that community can bring us, it is perhaps strange that I also found in the cavalier approach of the voters a form of comfort. I’ll explain. 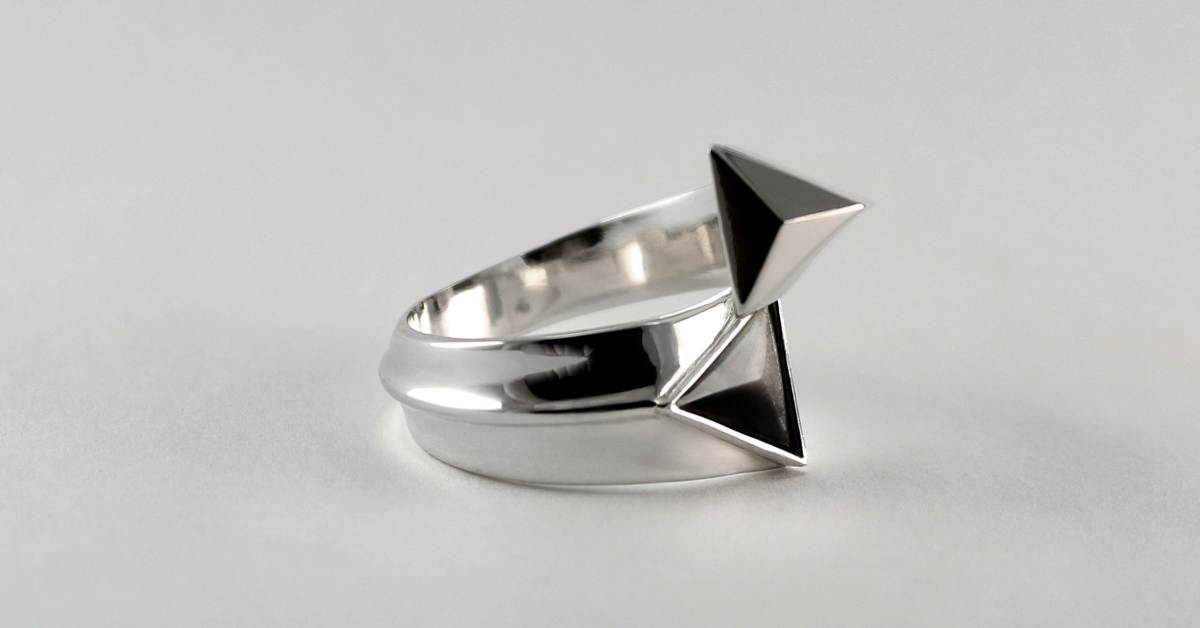 I watched a lot of my “favourites” go out in the first round. (Let’s set aside for a moment the fact that these might not be my favourites if I had seen all 64 rings lined up against one another.) Then as the rounds progressed I continually saw choices opposite to my own go on to see success. The final result was of course a worthy ring, but it was, loosely, a democratically elected ring (as Cassara already suggested, the relative popularity of each maker was tested in the format, and was not reflected in the winner of the final matchup), selected in a way opposite to the pressure cooker environment of a lot of other elections.

That’s not to say it was not a considered choice that voters made. Like many of the voters, I have such strongly held and singular opinions about jewellery that I make my own. But inside the self-selected and walled community of Instagram, and while participating in a one-account, one-vote contest based solely on aesthetic preferences (obviously very few voters experienced more, like the weight or sound of each ring) I came to grips with the inevitability that together we would elect a winner from somewhere in the middle of the options presented. In such a broad field, practically everyone’s favourite from the original 64 competitors had also been eliminated (and I’ll note that not having my likes affirmed by the crowd plays into my a.) sense of self as a unique individual, and b.) typical Generation X-er belief that not-winning is staying true to my underdog roots) constituting a nice reminder that it’s not our particular affiliations, but the fact that we are all playing the game, that unites us.

This might also go some way towards explaining the algorithm to which all Instagram users are at the mercy. At the heart of the algorithm (closely mirrored by the contest), is a ranking system that is influenced by all of our inputs. With content scored on its relative interest (and delivered tailored to the previous interactions of the account holder), it is positivity toward content that is rewarded, not the content itself. The circle of; more positivity = more interactions (promoted by algorithm) = more followers (promoted by users + algorithm), was beautifully exemplified. It’s as an ongoing study of the currency of the algorithm that I think we should all be very mindful of as we head towards this year’s Battle.

For me, that means it’s time to enter a ring. Not to win, just to make sure the spiral of influence keeps turning more people into my community, which will, in turn, force me (a bit of a social media sceptic) to engage more wholeheartedly in the “social” aspect of this media.

Elizabeth Shypertt and Jim Dailing have just been announced as the judges for 2022, and while international shipping is only increasing in cost, as mentioned, this year the rings will feature in a brick-and-mortar store in Seattle as well as be open for online sales. Smackdown applications opened on the 1st of February with a sliding scale of entry fees and juried rings are due on the 15th of March. See the Danaca page for all the rest. I can’t wait for voting to begin, and so to my fellow ring-makers, best of luck and enjoy the process!

Mary Curtis ✿ The wood between our fingers slows us down
Gabbee Stolp ✿ Memories in flux
“Ea” the goddess of the goldsmiths (jewellers) in Mesopotamia
A diamond in the rough: Developing a discourse on contemporary African jewellery...
Niloufar Mirshahidi & Behnaz Barabarian: A delicate Persian love story to fit yo...
Chiaroscuro at the bench: Watch Vicki Mason make a threaded brooch 📽...
Katheryn Leopoldseder: Ode to restoration
Julie Blyfield and Kirsten Coelho at Gallery Funaki