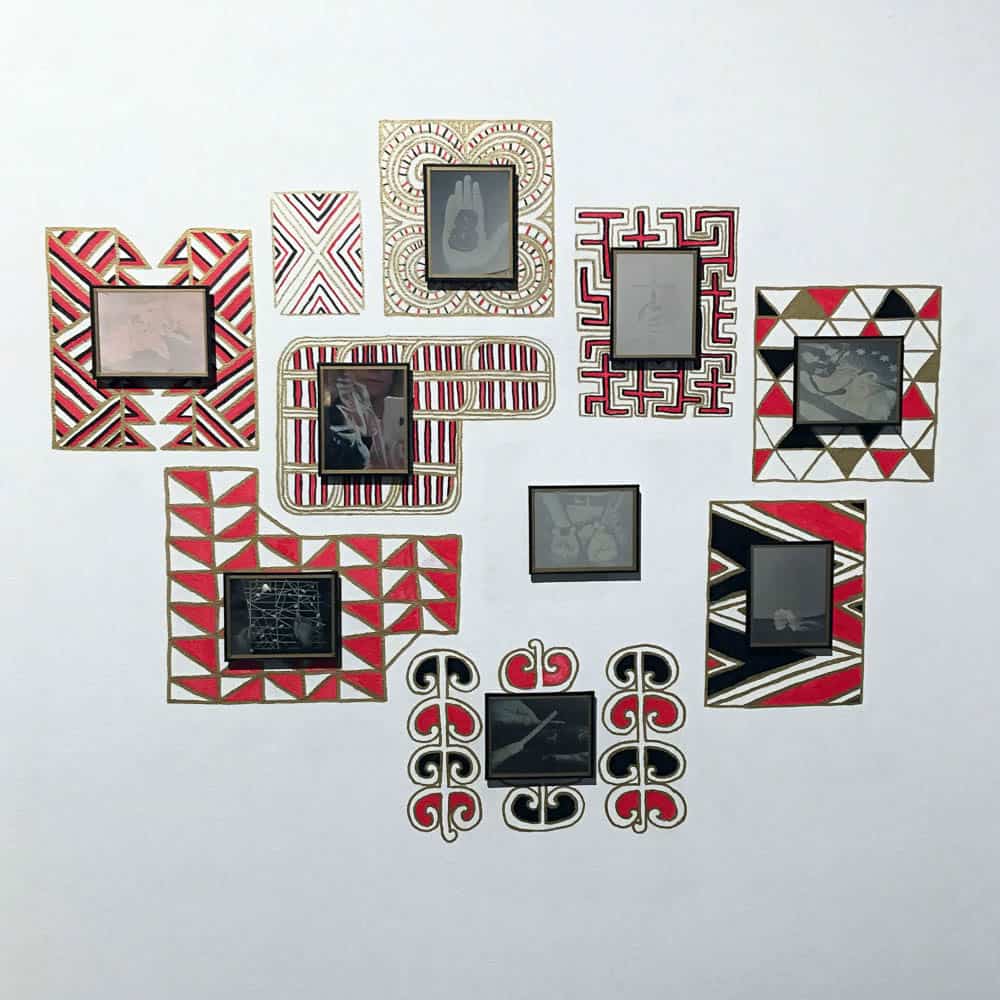 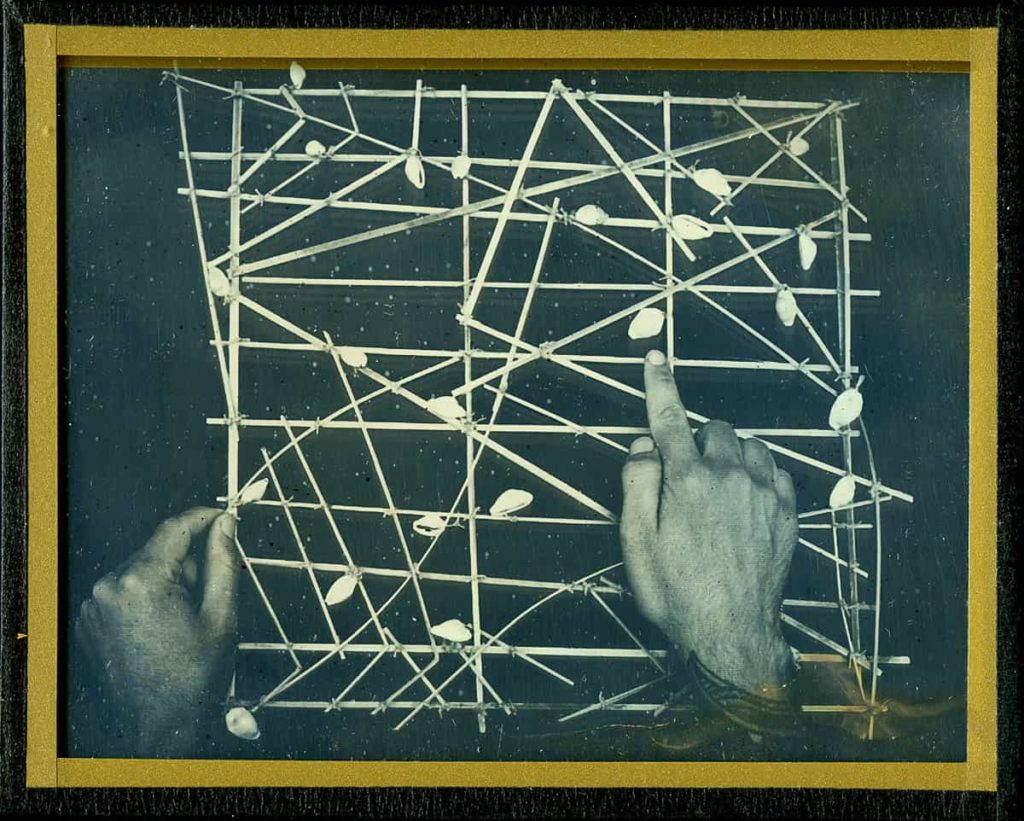 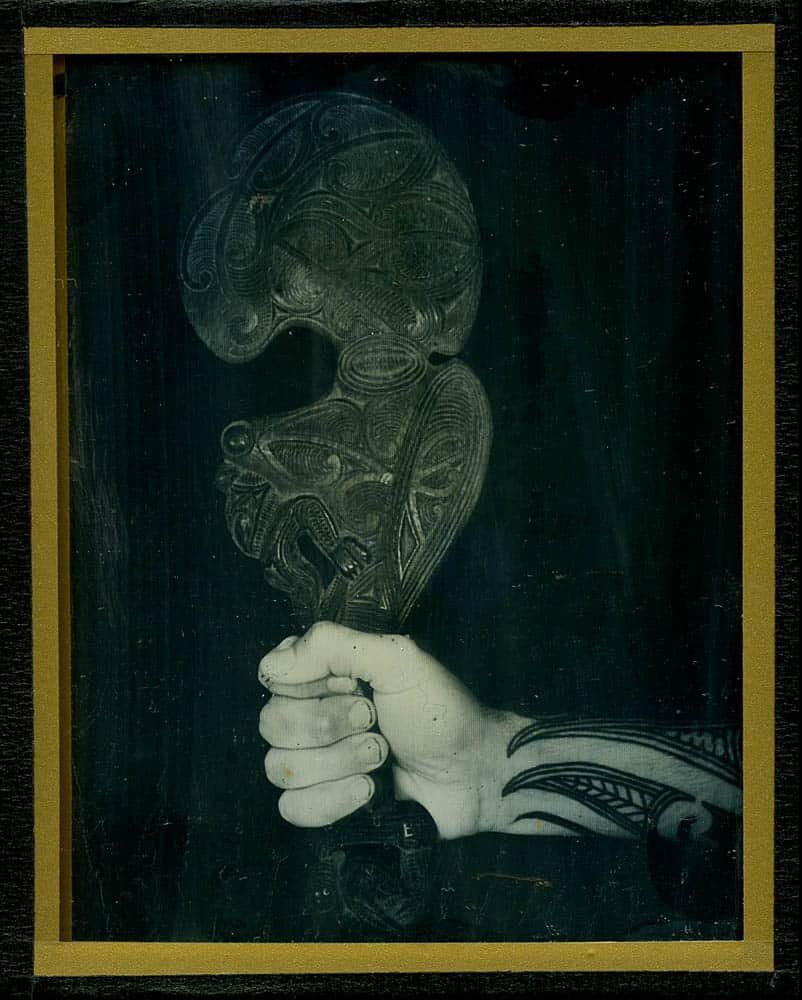 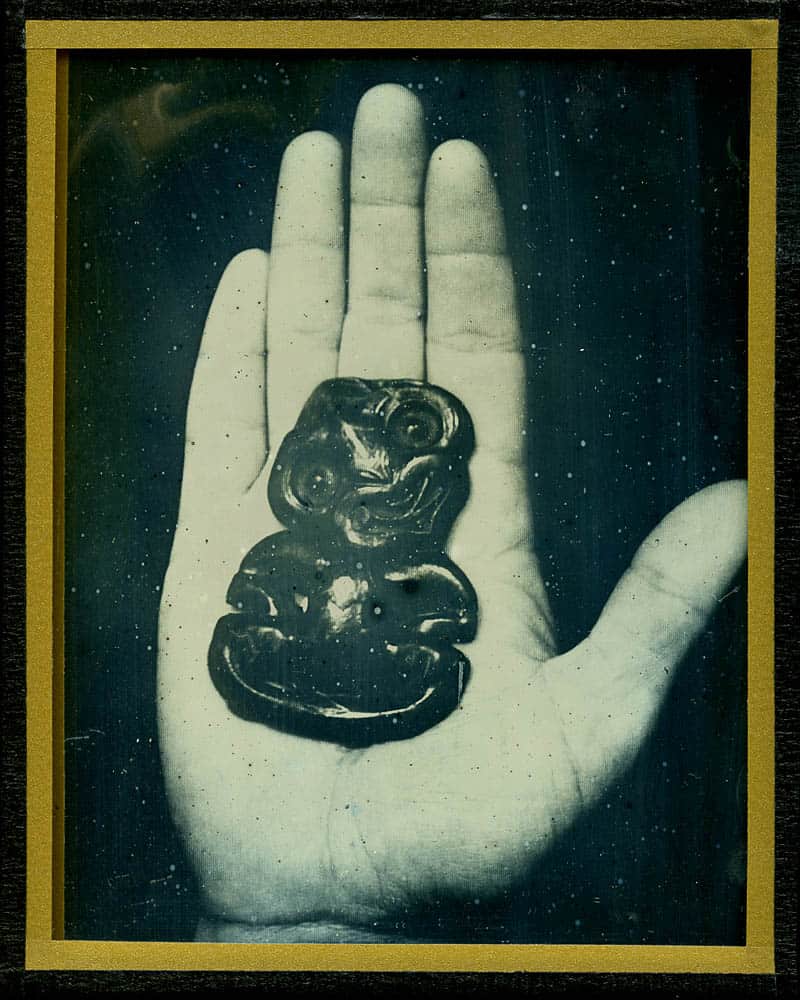 While Garland focuses primarily on objects, we do like to highlight representational practices like photographs that involve craft and materials. We featured his torn photograph Aotearoa my Hawaiki in the online exhibition Second Home. A recent series uses the concept of Te Moana Nui to frame a series of works that were exhibited at the Samstag Museum in Adelaide and Monash Gallery of Art in Melbourne. Tylor masters the Daguerreotype method that was used to capture the first photographic images of Indigenous peoples in Moana.

Polynesian people have developed rich and diverse cultural customs from travelling, trading and living in the Pacific. Polynesian migration has stretched from the Philippines in Asia to trading in Chile, South America. They have also settled as far as Aotearoa (New Zealand) in the South, Norfolk Island in the West, Rapa Nui (Easter Island) in the east and Hawai’i in the North of the Pacific Ocean.

The history of different cultural changes that have taken place in the Pacific region has been greatly influenced by migration, war and trade. Polynesian people have not just traded items such as food and cultural material, but also language, beliefs, ideas and customs.

In recent years, Polynesian people and culture have been greatly affected by the colonisation of the Pacific by multiple European empires, including the British, French, Spanish, Portuguese, Germans and Americans. European colonisation has changed many aspects of Polynesian society, such as language, religion, food, migration and trade.

In Te Moana Nui: Navigating time and space, I have drawn on my Māori heritage to focus on the Polynesian cultural history of Aotearoa and how this has been influenced by migration, trade and conflict in the Pacific region of Te Moana Nui