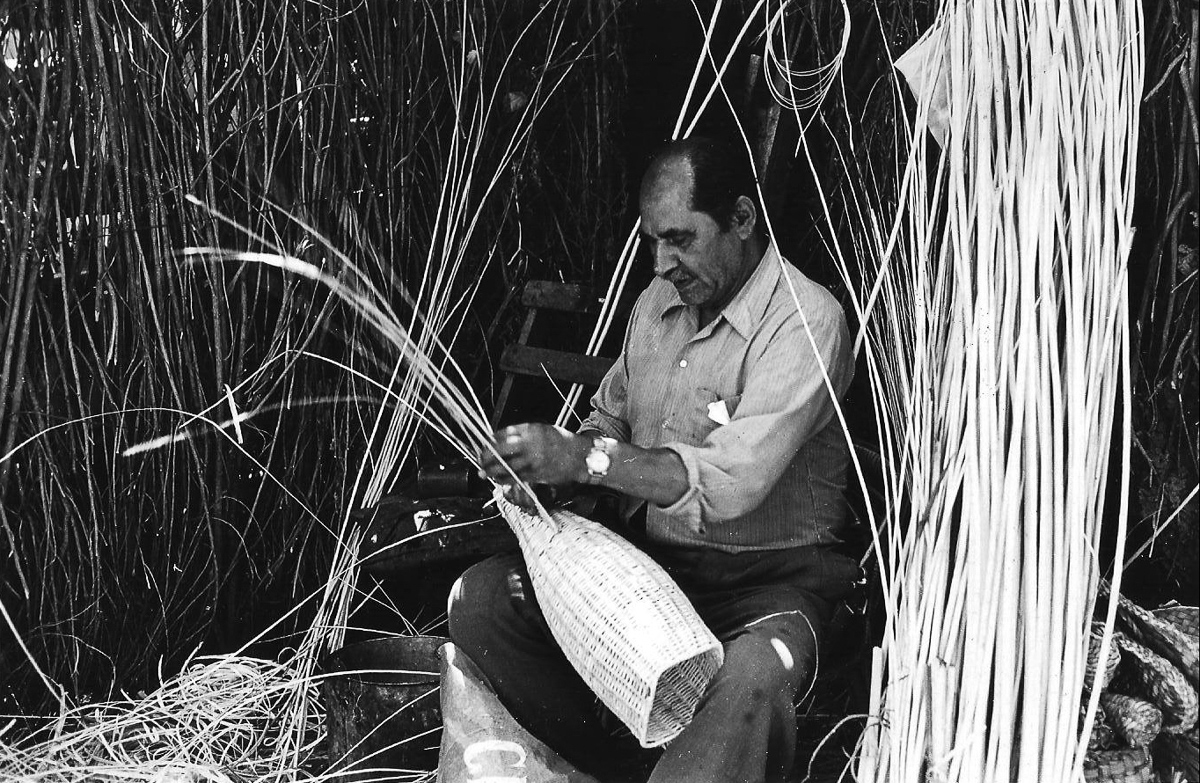 Luis Manzano Cabello (1906-1984) learned basket-making from his father at the age of 10 years. As well as making functional baskets, he began creating creatures from wicker, including birds, fish and mythological beings. He caught the attention of the poet Pablo Neruda, who gave him the nickname “Manzanito”.

In 1957, the experimental filmmaker Sergio Bravo make an 11-minute film about Manzanito, accompanied by the purposeful guitar of Violetta Parra. It’s an impressionistic film that evokes the world of mimbre in its rural setting.

In the 1970s, Manzanito met Lorenzo Berg who created the annual Universidad Católica craft fair. His work was a highlight of the fair 1979-1983. Manzanito wanted to put his rural craft on the national stage. His lifetime ambition was to make a life-size equestrian statue in wicker of the liberator Bernardo O’Higgins, on horseback, brandishing a victorious sword.

Berg said at his funeral:

“The wicker will finally have blossomed up there, where it will never be missing. Happy are you, Manzanito, dear friend, you have finally found the orchard, the only and definitive one, next to the Lord (…) We will raise the posts, the threads of bamboo, we will roof the fair, even if you are not there. More, really. You will always be there, and even more so you will be with each artisan who gives his love ”

In 1972, the Allende socialist government hosted UNCTAD, the Third World Conference on Trade and Development. A conference hall was built especially featuring Chilean art and craft. Manzanito’s large sculptures hung from the ceiling. The art was discarded when the building was taken over by the Pinochet regime. In 2008, the Gabriela Mistral Metropolitan Cultural Center was built on the site. Chimbarongo artisan, Julio Rodríguez, was commissioned to re-create one of Manzanito’s iconic forms.

Manzanito is a pioneer of the sculptural fibre that flourishes today, as we see in the work of Nalda Searles and Tjanpi Weavers. His manual rural existence reflects the poetics of the common that was articulated by Pablo Neruda. His Elementary Odes celebrated the humble object, as in this extract from Ode to the Artichoke – Oda a la alcachofa:

Maria
comes along
and with her basket,
picks out
an artichoke
she isn’t scared,
she scrutinizes it, considers it
against the light as if it were an egg,
and buys it,
tossing it
into her bag
jumbled together with a pair of shoes,
a cabbage and a
bottle full of vinegar
until
when entering her kitchen
she plunges it into a pot. 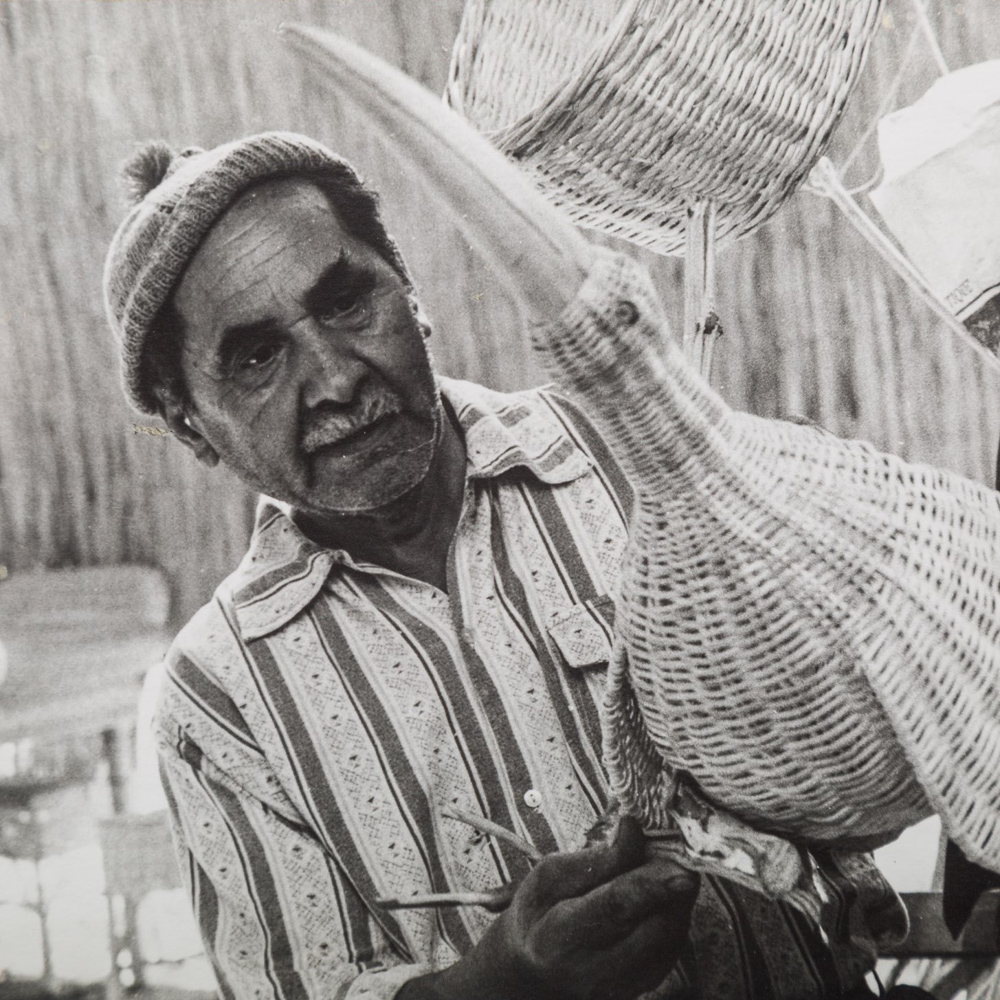