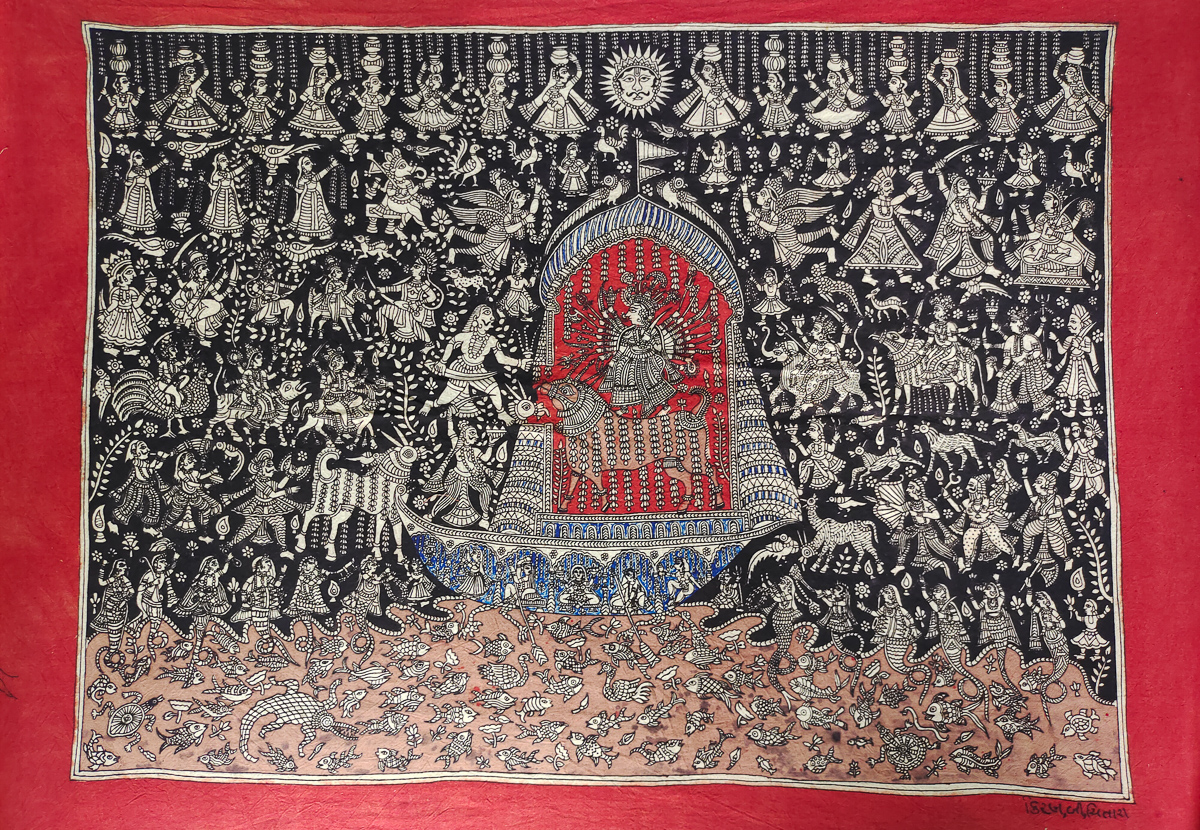 Mata ni Pachedi means “behind the Mother Goddess” in Gujarat. The art is said to be over 700 years old and unique to this region. The origin of this art form is said to be linked to the geopolitical history of Gujarat, from where Mughal rulers had traditionally invaded Akhand Bharat (India) over the centuries. As the raids also led sometimes to the destruction of temples, the devipujak community thought of a way to keep their beliefs intact and prevent invading forces from committing sacrilege by transferring the idols of their gods and goddesses onto a fabric that was easier to save from desecration.

Centuries later, after the invasions have ended, the art form has survived. Belonging to the Vaghari community, Kiran Chitara is a tenth-generation artist based in Vasna in Gujarat. He says that his whole family has traditionally been practising Mata ni Pachedi art. He says that since childhood, he has been helping his father in filling up colours on the textile and going with him to the river to wash the fabrics. Chitara says that over the years, he and his siblings began learning this art from their father. Years later, Chitara has mastered the art to an extent that has been decorated with a national award by the Indian government for excellence in the art form. 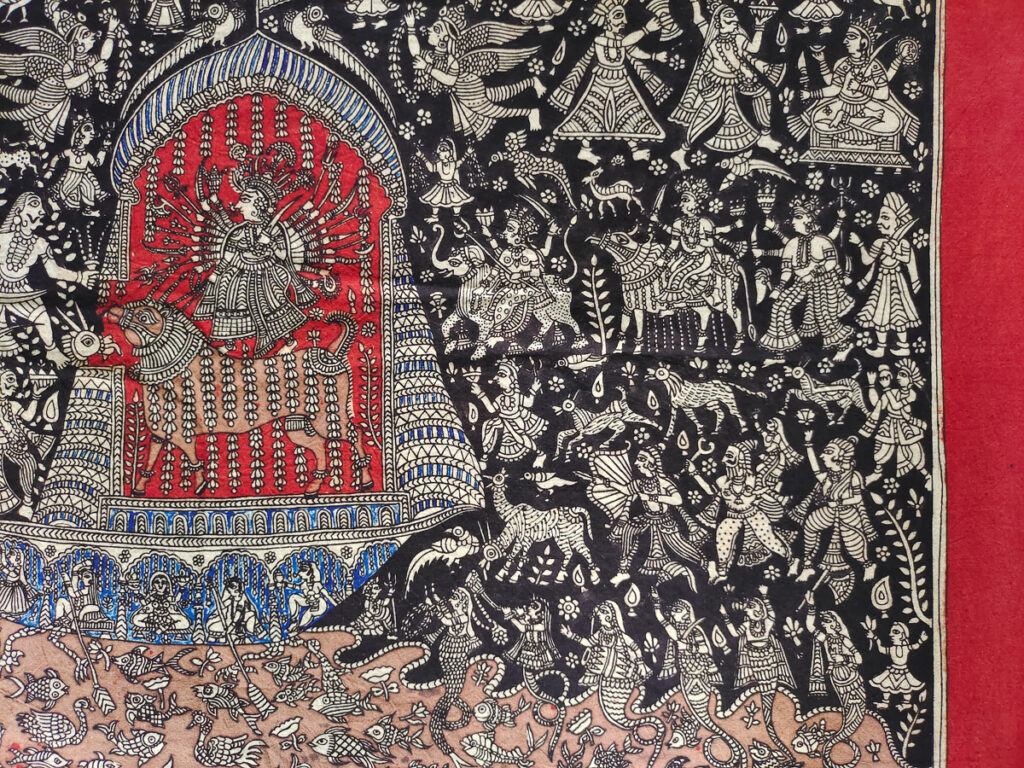 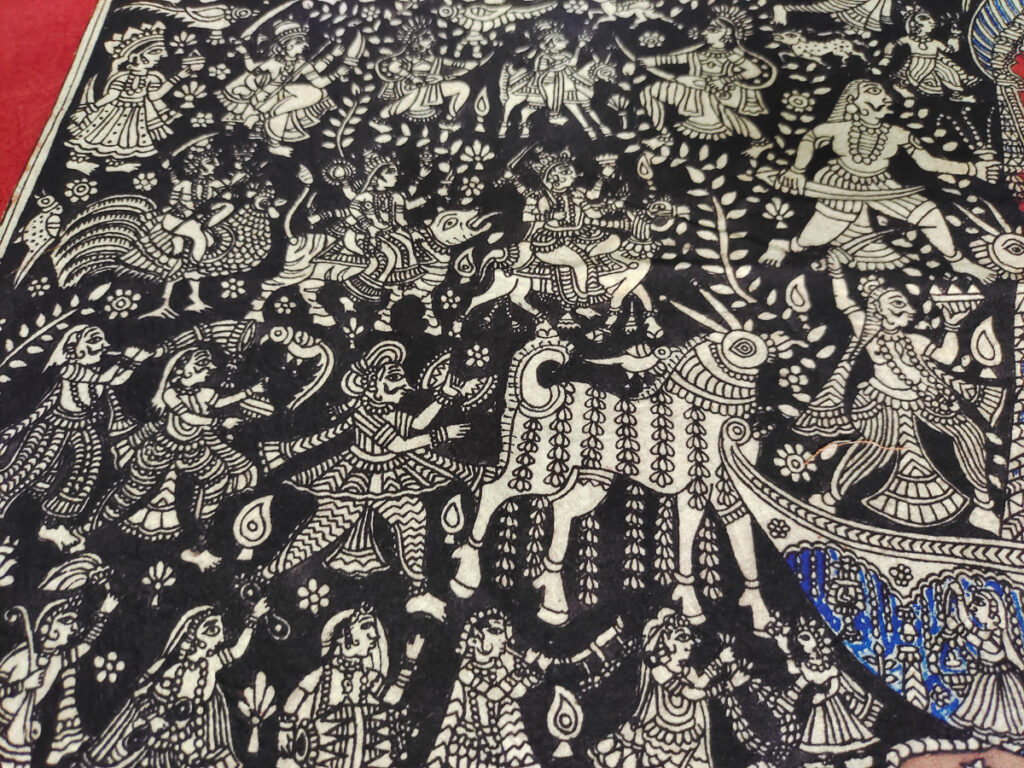 According to a rural legend, the ship of a merchant from Gujarat was caught in a storm on the high seas. The merchant promised the goddess Shikotar half his profits if she would rescue him. The goddess calmed the tempest and the ship was saved. That same night a priest in the port city saw the goddess Shikotar in a dream. When the priest went to the temple the next morning, he was amazed to find that the clothes on the cult figure of Shikotar were soaking wet. A few weeks later the merchant came to the temple with a large sum of money. He told of his adventure and thanked the goddess for rescuing him. His gold was used to make a crown for the figure of the goddess. 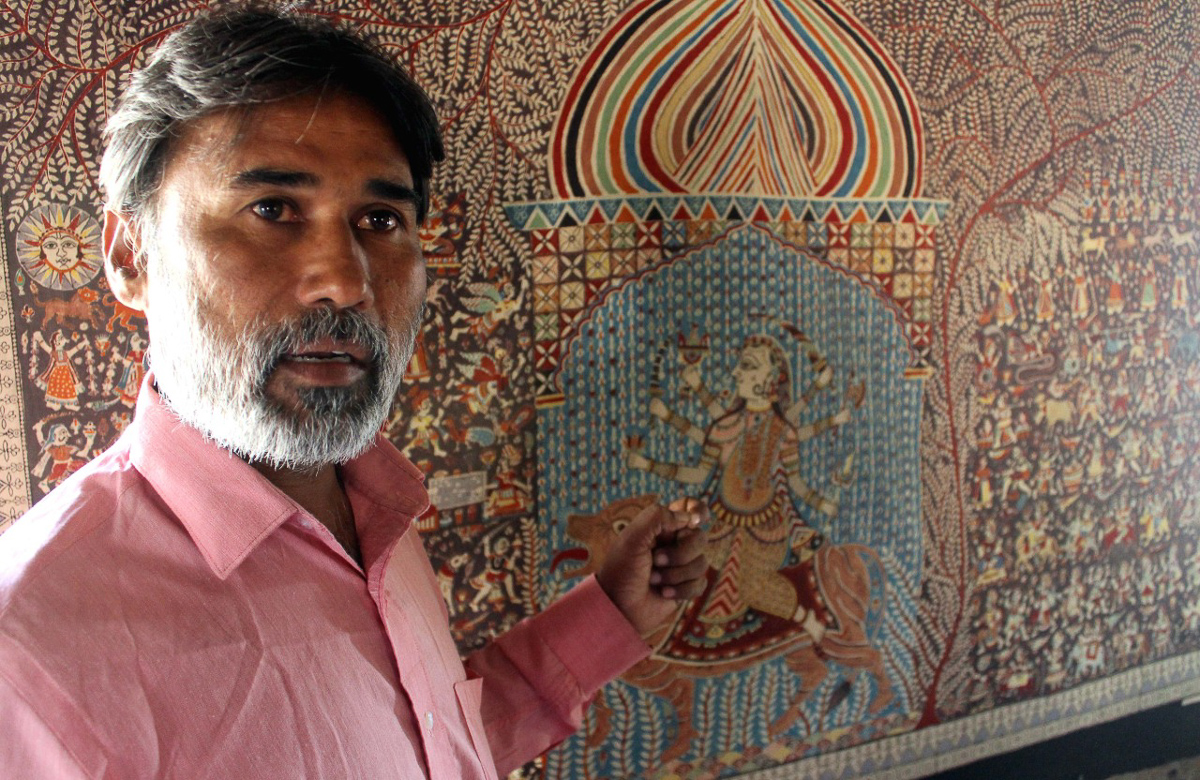 Hangout with Gopika Nath
Crafts in Interior Architecture: India, 1990 Onwards, by Rishav Jain
Reclaim the void: Weaving country whole
Inspired by the peoli ✿ Textiles that emerge between the river and the forest
Love Thy Labour, by Kay Abude
COVID: An opportunity for the handicraft sector in the long run?
Know your weaver: The revival of Udupi sarees
Govindbhai ✿ Keri classic