Netsuke are small carvings that were used as toggles to hold various items in place on obi sash worn with the kimono. Created when kimono culture flourished during the Edo period (1603-1868), netsuke began as functional pieces to prevent suspended containers from falling to the ground has evolved into small but highly creative carvings. 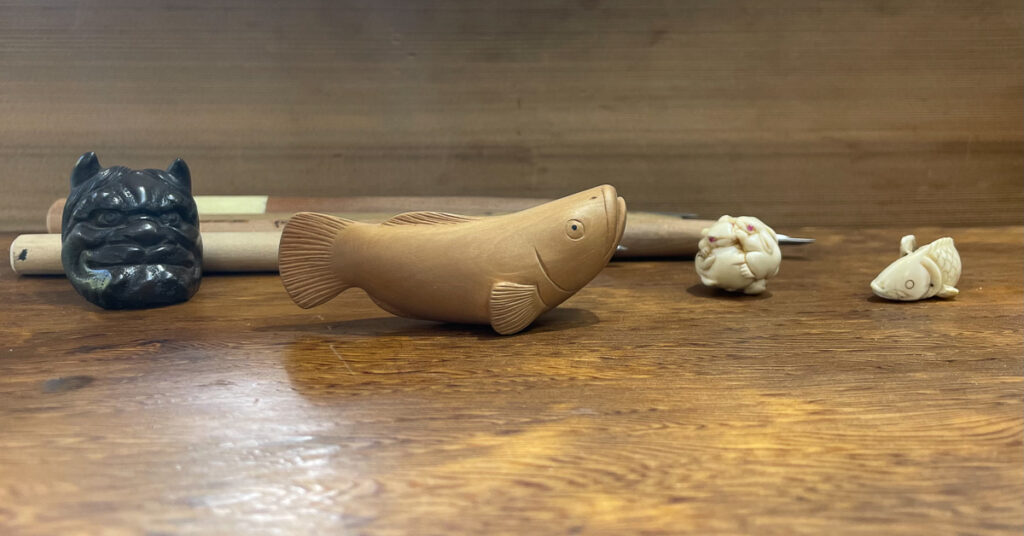 A custodian object from the Murrumbidgee
For Hape Kiddle, the coolamon he carved from Cooba wood is a conversation with the earth that we are custodians of.

Contemporary Wood-Carved Netsuke is at The Japan Foundation Gallery in Sydney June 4 – 26, 2021,

Sydney to Shigaraki and back again ✿ Merran Esson
A world in cork: How China refined the Xmas card
Seikatsu Kogei: The Japanese carpe diem of the arts
Garland in Vietnam
Saeed Arzegan ✿ Love whisper
Futaba ✿ Living with a broken beauty
Nicole Robins ✿ It's all in the loop
Kimono o'clock: The watchstrap artist