Please give up your seat for local design 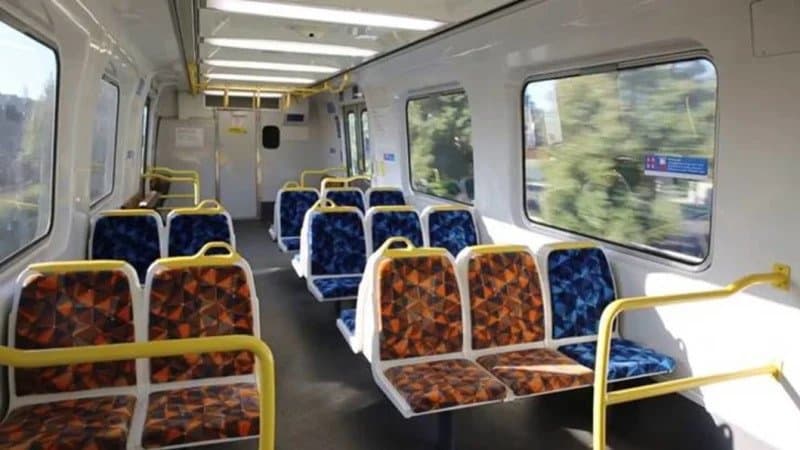 New seat designs were recently announced for Melbourne’s trains. As part of our Crafted City campaign, we seek the opinion of Alasdair MacKinnon about the significance of this decision.

Just as the vibrant visual chaos of our public transport upholstery fabric reaches nostalgia wave status, it is soon to be updated.

The redesign of Public Transport Victoria’s seating upholstery is a move away from a “visual noise camouflage” of the 1990s to a quieter, place referenced livery. It is a design opportunity that could have engaged with this city’s strong connection to textiles and design. PTV’s in-house team have worked hard to achieve an inoffensive outcome rather than pursue a highly unique or individual route to the complex challenge presented by the design of public seating. The colour coding of the design, whilst an effective distinction of the usage, evokes an image of a supermarket private label wine range. A single design with each grape variety distinguished by colour.

Hopefully, the new design with its range consistency achieves the recognisable classic status the team are looking for with this solution.

Melbourne has a long association with textiles, both in design and production. At the end of the 1980s, the majority of the nation’s textiles were produced here. Despite the near dismantling of the industry over subsequent years, the industry remains an important part of our cultural heritage. Our fashion and textile universities cultivate highly skilled graduates eager for industry experience.

Given the public profile of this design brief and the wealth of textile design talent in this state, I would have liked to have seen this opened up to the textile design community for a solution. With so few industry opportunities available this could have been a chance to showcase our talent and achieve a world recognised design outcome.

Perhaps we could have had a surprise viral hit like the “Dumb ways to die” campaign as a result.