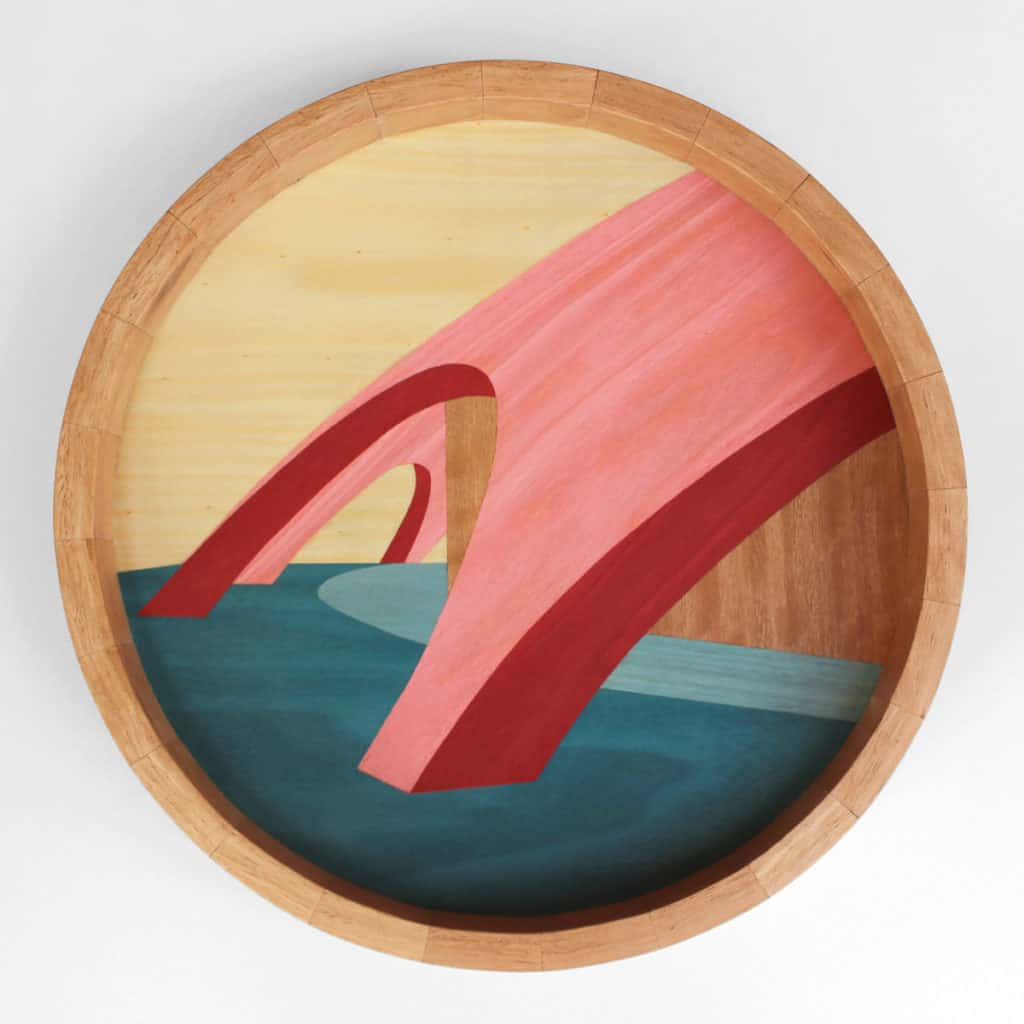 Our June laurel continues the previous focus on wood inlay craft. Chelsea Lemon‘s marquetry (and parquetry) designs deftly combine function and decoration. Chelsea developed her skills and creativity at the ANU School of Art Furniture Studio, followed by a residency at Sturt Craft. The Shinedome Tray is a wonderful example of how Canberra inspires a sense of place in its strong maker community.

I originally created a series of trays for the Design Canberra festival, based on the architectural designs of Enrico Taglietti. I was then invited to create a new series – which I chose to depict buildings within Canberra which are iconic or are historically significant.

The outside of the trays is constructed with a coopering process, using Australian timber blackbutt. The image depicted internally is constructed by hand, using a technique known as parquetry and marquetry.

The coloured components are constructed with dyed veneers which are purchased from an Australian supplier. These colours are cut into different shapes and reconstructed to form an image. 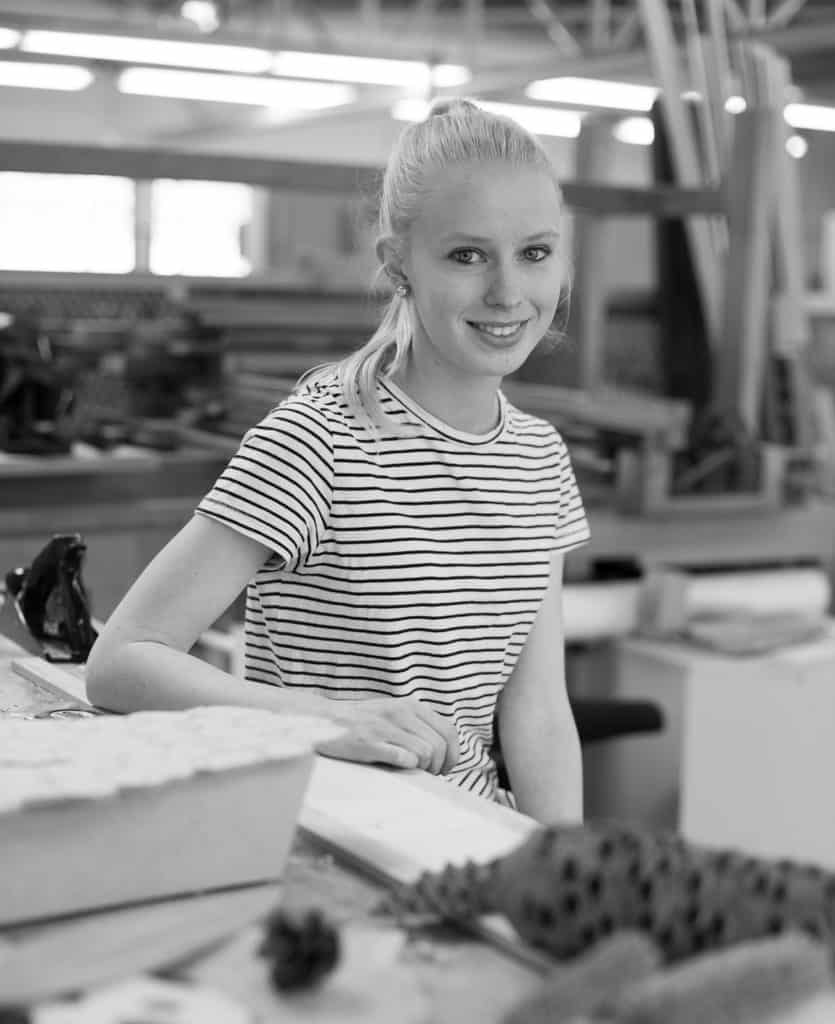