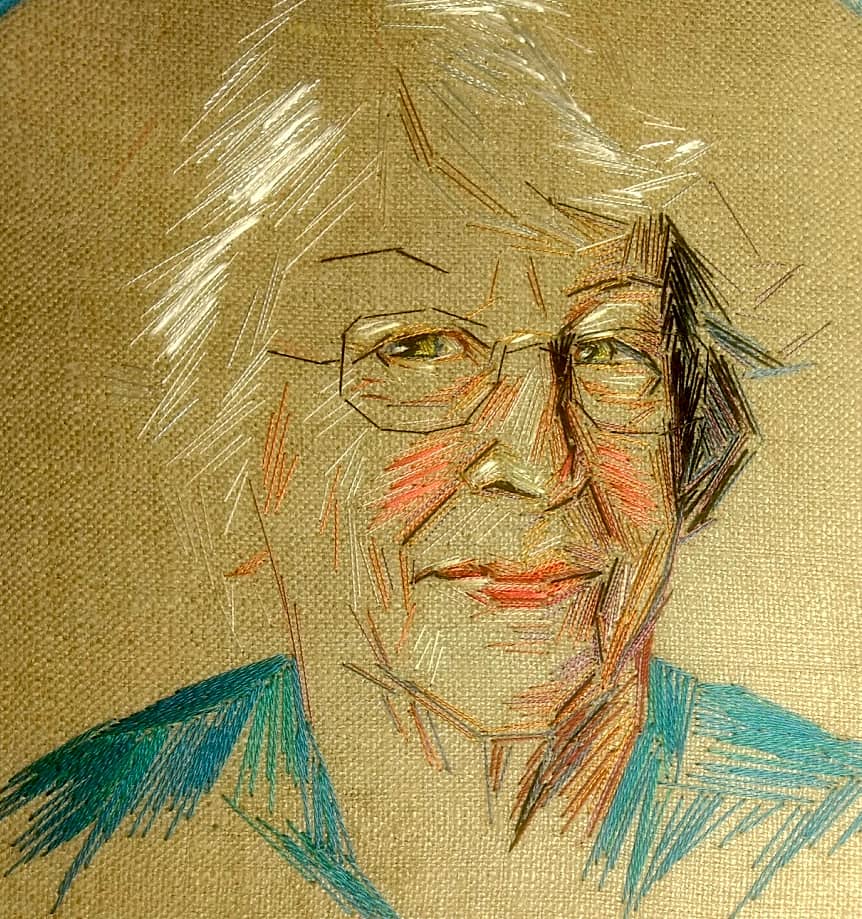 Our July Laurel goes to Susie Vickery for her unique genre of embroidery portraits. The portrait of her 93-year-old mother demonstrates how a sparing use of thread can create such a compelling sense of the subject.

✿ How did these embroidery portraits begin?

I was living in rural Nepal surrounded by Bollywood posters, painted cinema hoardings and posters of the gods from the Hindu pantheon. I especially loved the hand-painted film posters which have now almost completely disappeared—replaced by photographic images. Some of the photographic posters were over-painted giving them a hyper-real effect, much like the French artists Pierre and Gille who over-paint their kitsch photos of celebrities. I started doing this with embroidery, stitching over photographic images. I then moved onto just stitching the portrait itself, allowing the background to show through in places.

✿ Do you make them during a sitting or from a photograph or drawing?

I usually work from a photograph and very occasionally a painting. I see the embroidery as painting the image so I just miss out the middle stage. I have never been brave enough to ask someone to sit for me as it is quite time-consuming. I have done rough sketches in thread from life.

✿ What happens to them? Are they offered for sale?

I have sold most of my series of portraits, they have proved to be very popular, I think the direct gaze of most of them connects them with people.

✿ What do you think embroidery tells about a person that’s different to other media like paint or photography?

The texture of the thread gives an added dimension. I sometimes mix the threads, using thicker ones for added emphasis and thinner for the details. I still like to work with a single strand of very thin thread for the details as one wrong stitch can change the expression. The technique that I use, only stitching with straight stitches, not creating curved lines, means that a certain image is achieved, much as if you confined yourself to only doing straight marks on paper with a pencil.

I also think that people admire the craft, they are more used to seeing portraits done in paint and photography and it comes as a surprise often when they get up close to see that they are embroidered. And being hand done they appeal to peoples love of craft. The time to work them, beginning with the eyes, allows for depth. 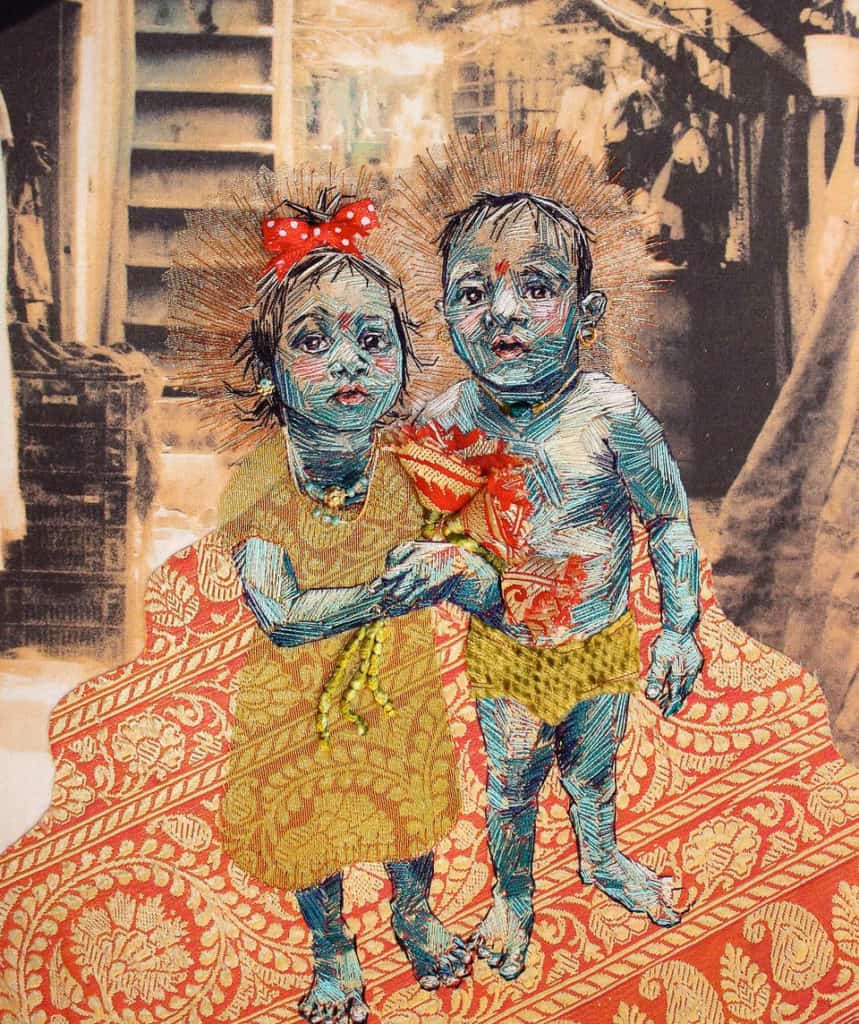 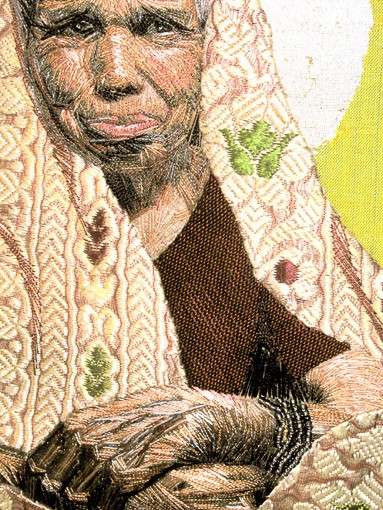 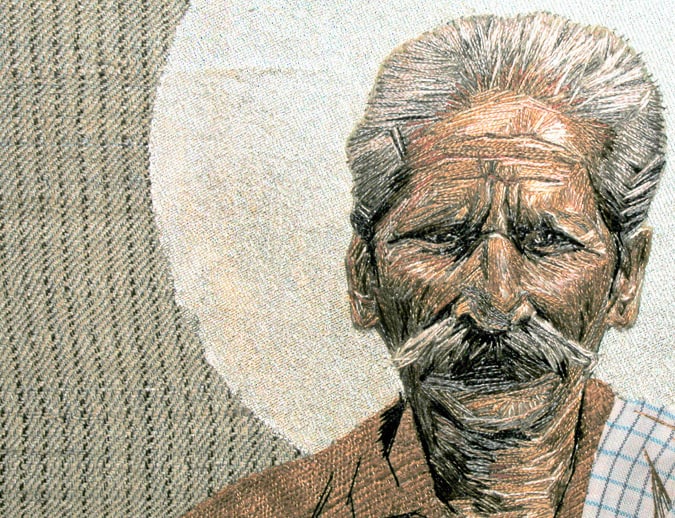 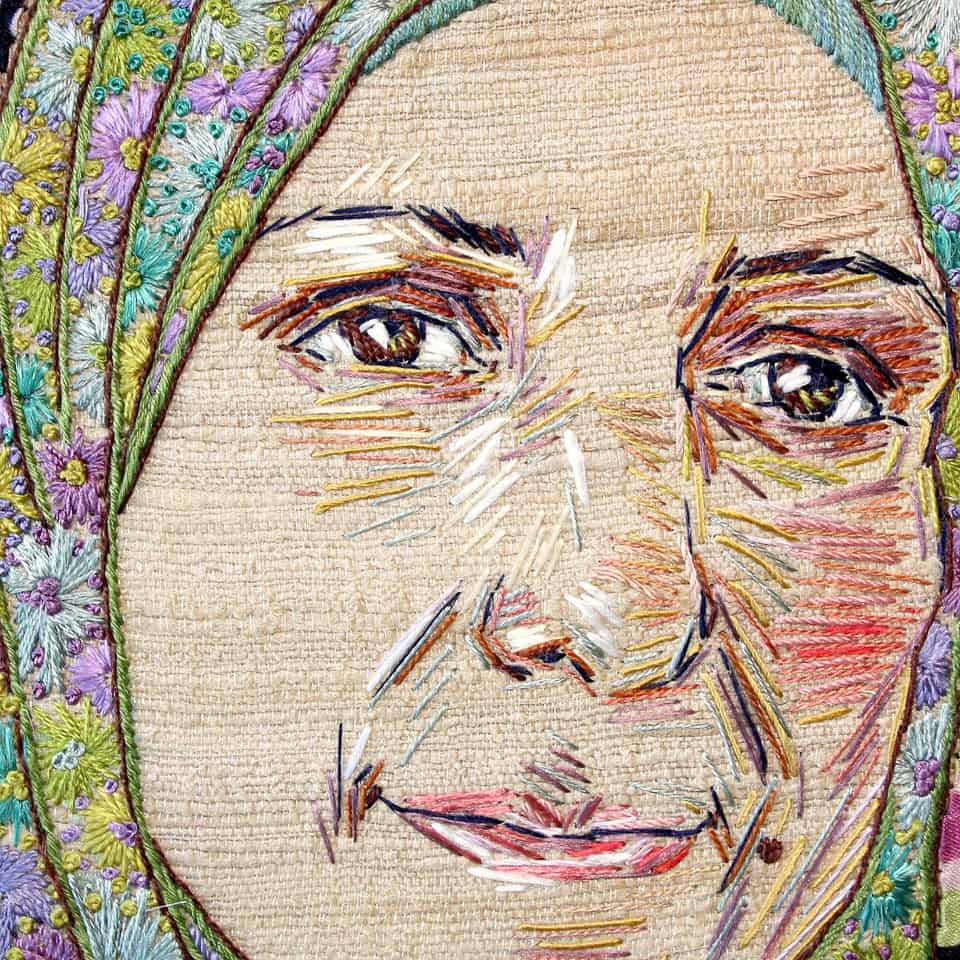 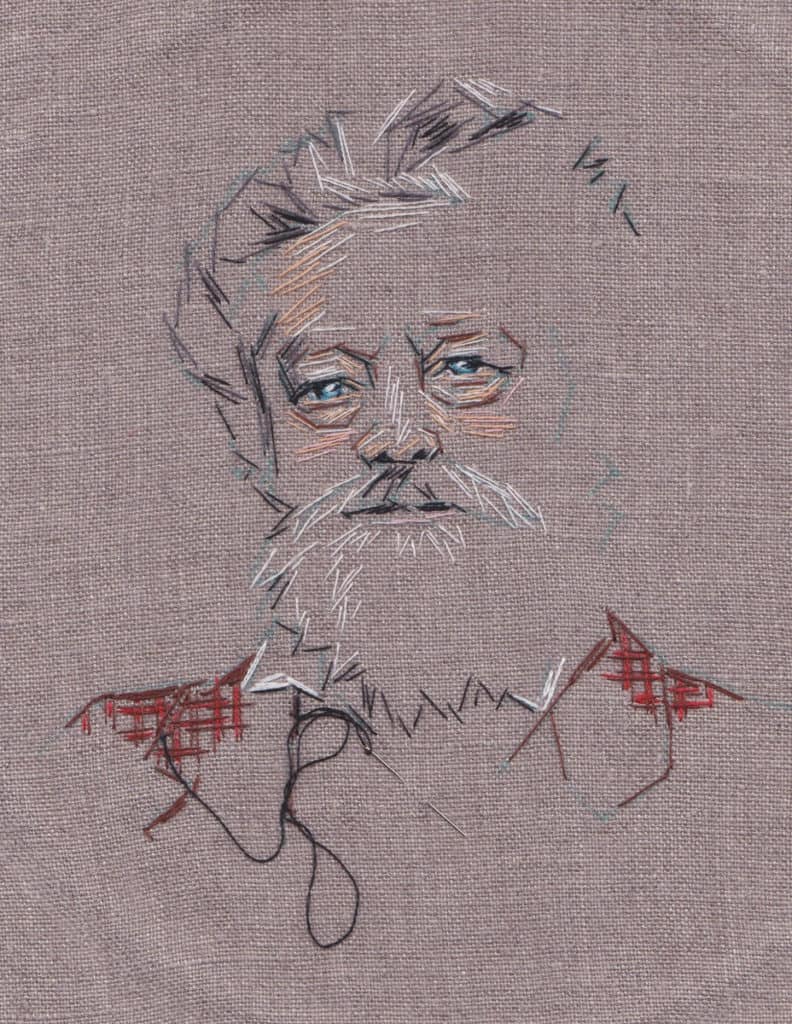 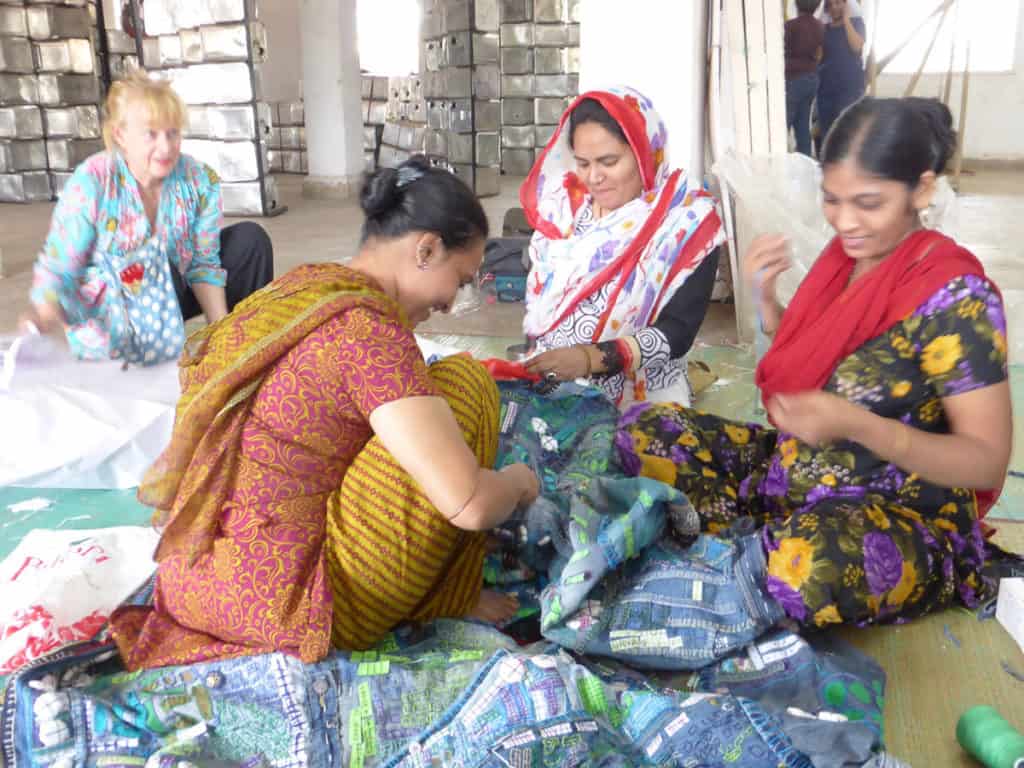