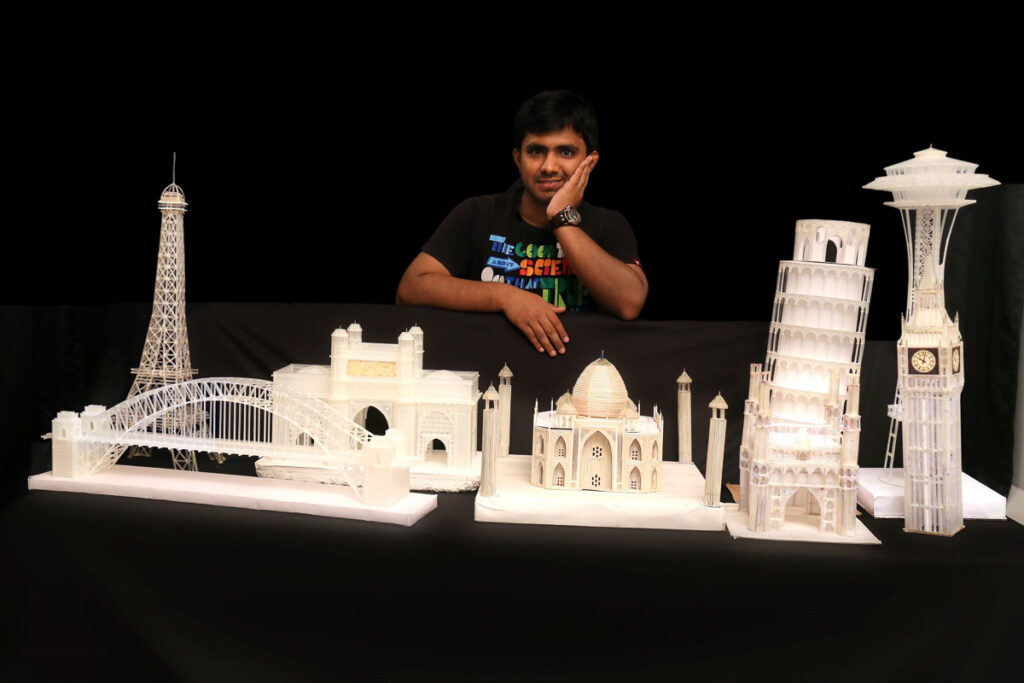 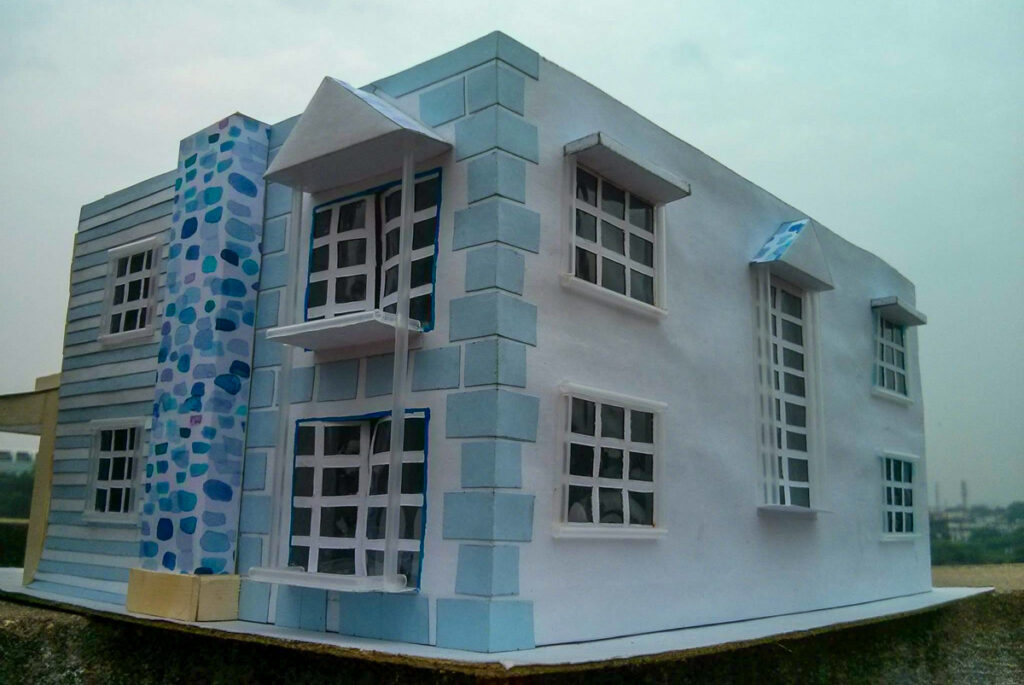 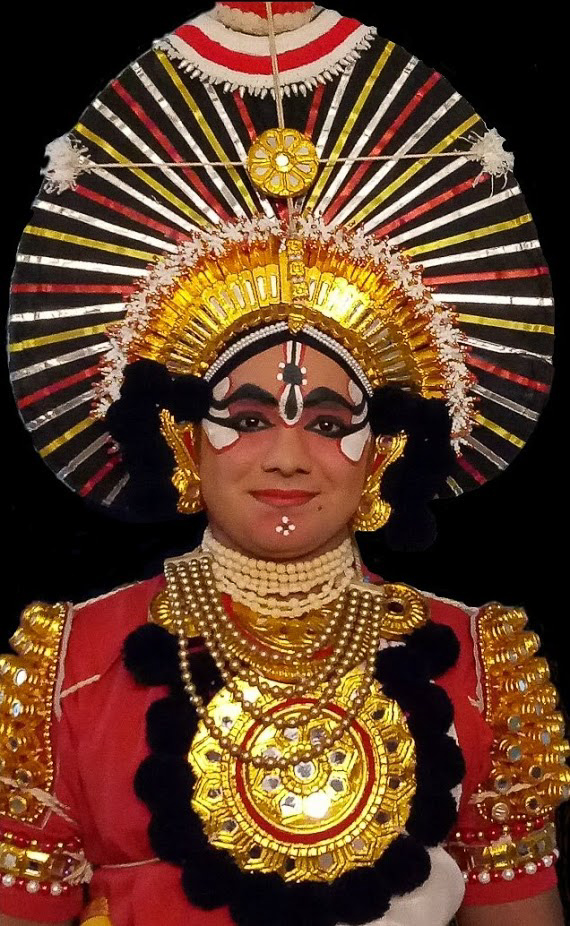 Sreenivasulu is an Indian software engineer who combines classical dance with recreations of the world’s architecture made from used felt pens.

Sreenivasulu.M.R is an Artist(paintings), Classical Dancer(Bharatanatyam, Kuchipudi and Yakshagana), Sculptor(make sculptures from chalks and sand), Miniature Artist(make miniatures of famous structures from used pen refills) and an engineer. The passion towards arts was inbuilt from his native Dharmavaram, the place famous for the handloom silk sarees at southwestern part of Andhra Pradesh, India.

The journey of versatile arts started in childhood. Sreenivasulu at a tender age had a hobby of making miniature house models using marriage invitation cards. Later he started his paintings works at the age of 7 years. He joined dance school to learn Indian Classical dance forms such as Bharatanatyam, Kuchipudi and Folk dance and has given many stage performances. He makes sculptures out of chalk and other art forms.

Sreenivasulu had a hobby of collecting used pen refills from friends. He wanted to become an architect but he had enrolled in computer science and engineering. After a few years he decided to continue his passion towards architecture and create something out of collected pen refills. In 2007, he devised an art form of creating miniature structures out of pen refills in the year 2007. As part of ‘Say No to Plastic’ program, which he organizes for awareness on global warming in schools and colleges, he set up used pen refill collection boxes. The program turned out to be the source of raw materials to make miniature structures.

The miniature structure creation of ‘Eiffel Tower’ from used pen refills was initiated. It took eight months to make Eiffel Tower from 200 pen refills backed by his preparation, passion and persistence. The series of structures continued for 13 years. Charminar, Big-Ben Clock, Taj Mahal, Leaning Tower of Pisa, Gateway of India, Seattle Space Needle, Sydney Harbor Bridge and the recent one St Philomena Church, Mysore, India all emerged from used pen refills. He has built his 9th landmark, St Philomena Church, Mysore from 2500+ pen refills to mark his 10th anniversary in miniature arts in 2017 and it took 18 months to complete the construction. Currently, the 10th miniature structure Amritsar Golden Temple is under construction for 2 years and is slated to be completed by end of 2020.

The work has set a nation and world records and has been awarded India Book of Records, RHR Republic (UK) world record, GRRF global record and GRRF Asia Pacific Icon, URF Global Award, International Book of Records, Unique World Record, National Youth Icon Award 2019 and many other awards. He has been featured in the book ‘Transforming Plastic: From pollution to evolution’ written by Albert Bates. At the end of his life, he wants to be in a position that he has covered making all the famous landmarks all over the world.

Today he helps students in making miniature models for any exhibitions/Fair. Currently, this simple, soft-spoken guy lives in Bangalore, IT hub of India. Oh ya!! You guessed it right. He is indeed a software professional.

The dance form in the video is Yakshagana. Yakshagana is a traditional Indian theatre form from the state of Karnataka, India. The dance explains a scene from epic Mahabharatam – How Arjuna(a warrior) please lord Shiva and received Pashupatastra (the most destructive weapon). Sreenivasulu learnt Bharatanatyam, Kuchipudi and folk dance forms from D R Babu Balaji, dance master from his home town Dharmavaram, in Andhra Pradesh.

The year of the lotus
Pashmina: A perennial luxury
Inspired by the peoli ✿ Textiles that emerge between the river and the forest
Jay Thakkar ✿ The fourth wave in craft education
Sherwani: The influence of British rule on elite Indian menswear
A Kolam for Washington DC
Mandir मंदिर ✿ Stories from India
Narrative design - Learnings from India