Craft ethics: Finding a moral compass in a harsh terrain, by Ashoke Chatterjee 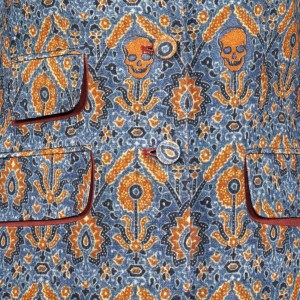 Cut-throat competition is perhaps the most distinguishing feature of today’s marketplace. Every player must survive by delivering on promises of quality — promises that are ultimately tested by the consumer. Her situation is difficult, surrounded by competing claims and attractive inducements, malpractices, brand loyalties and new regimes of consumer protection that raise almost as many concerns as they attempt to address. The Maggie Noodles example is before us, although what we should learn from it remains obscure. In earlier days, the rough and tumble of a competitive marketplace kept some distance from craft activists. Our task was to identify craft quality and to showcase it, bringing artisans, traders and buyers together in some kind of harmonious relationship. That objective was not always easy, yet the bona fides of stakeholders were seldom questioned. The CCI banner, like that of other respected activists, attracted trust. Marketing thus became the catalyst around which all the USPs of the sector could be promoted and better understood: livelihoods for millions, empowerment of those still at the margin, green production to protect the environment, cultural identity within pressures of globalisation, and spiritual enrichment as well. A call of another kind was heard at the 2012 World Crafts Council (WCC) gathering in Chennai: the ethics of international craft trade.

This call came with the concerns expressed by Bangladesh about India’s Geographical Indicator (GI) for the craft of jamdani, and perhaps even earlier with the crisis of fake brocade in Varanasi. Was jamdani the exclusive craft preserve of a single geography or a heritage that has for centuries moved like so many others across regions and boundaries? The issue has profound significance in south Asia, a region with such a rich experience of shared knowledge and practice. At the WCC in Dongyang (China) a year ago, some kind of consensus seemed to emerge on the need to place the artisan and her craft at the centre of concern, rather than look exclusively at location. Threats could emerge not just across political boundaries, but within them. Machine-made ‘Banarasi’ brocade from Surat was one much-quoted example. More recently, protests have been heard over the use of the term patachitra: must this craft be confined to either Odissa or West Bengal? The need appears for setting benchmarks of craft integrity and excellence as a first priority. Set by artisans themselves, these standards could be the foundation for protective efforts. Trade and other market regimes should then be enabling contexts rather than mere arbiters. Many experiences have been shared since Chennai and Dongyang. They confirm the complexity of protecting artisans as well as the societies to which they belong. Sensitivities and interests can challenge simple prescriptions. An extraordinary instance is a current trail of emails set off by an exhibit now on display at the Victoria & Albert Museum in London.

News has gone around the world of this spectacular V&A display of textiles from the subcontinent. Among the exhibits are examples of contemporary design that demonstrate the vitality of crafts that reflect today’s aspirations. Controversy has emerged on a particular exhibit. It draws on an Ajrakh past, reflecting a leading designer’s effort at innovation using contemporary design and non-traditional production. The theme (there are skulls visible), and the technique (digital printing) have all raised issues. For some, the culture of an artisan community and the integrity of their craft have been disrespected. Others point to the importance of respecting creativity and the universality of design inspiration. The exhibit label and the exhibition catalogue appear at odds and in need of review. Artisan, textile designer, scholar, exhibition designer, craft activist, the market — all these players are represented in a dialogue that is still unfolding online. Tradition, geography, custom, religion, technique, design and the market are elements in this debate. Despite some extreme positions, the exchange also reflects a growing mutuality of respect and a genuine desire to learn from experience. Although it may be too early to draw any conclusion, one item hanging in a London display has brought home the universe that craft cultures represent. This responsibility is truly huge, and craft activists must bear it to protect the integrity of a heritage that belongs not only to communities and countries but to the world. Sensitivity, respect, tolerance and a stamina for uncertainty are needed. Above all, the challenge suggests the importance of spaces in which discussion can be encouraged so that guidelines and benchmarks, rather than diktats, can emerge to influence creative decisions. The future we all want is of a time when heritage and modernity are in harmony, with a genuine respect for the artisan as a bridge between the past and the future. Perhaps it is the quality of her tomorrow that can be our moral compass today.

PS An inspiring afterword from the hospital bedside of Dr Ismail Khatri (he is convalescing in Ahmedabad from a serious operation), the celebrated ajrakh ustad of Kutch and its great torch-bearer: “Yes, I know of the V&A matter. The designer is known to me and I respect his talent. Some time ago, the design was brought to me for production. One look at the skulls, and I refused. In our faith, human representations are forbidden. Skulls — well, you can imagine how I felt. Not just me but other ajrakh practitioners who were approached also refused, and again not just those who follow Islam. The values we share were offended. For us who practice ajrakh, it is not just a technique or a product. It is our lives. It is the culture we breathe. I do not stand in the way of anyone’s creativity. To each his own, but please — not this in the name of ajrakh. I ask only that the V&A remove the term ‘ajrakh’. Remove it totally. Our culture is a celebration of nature and all the ways that God speaks to us through flowers, trees, grains, birds, wind and water — all these are the inspiration we draw upon. Ajkarh is a garden of beauty and peace. To convert this garden into a cemetery is sad, very sad”.

This article by Ashoke Chatterjee was originally published in the newsletter of the Crafts Council of India.