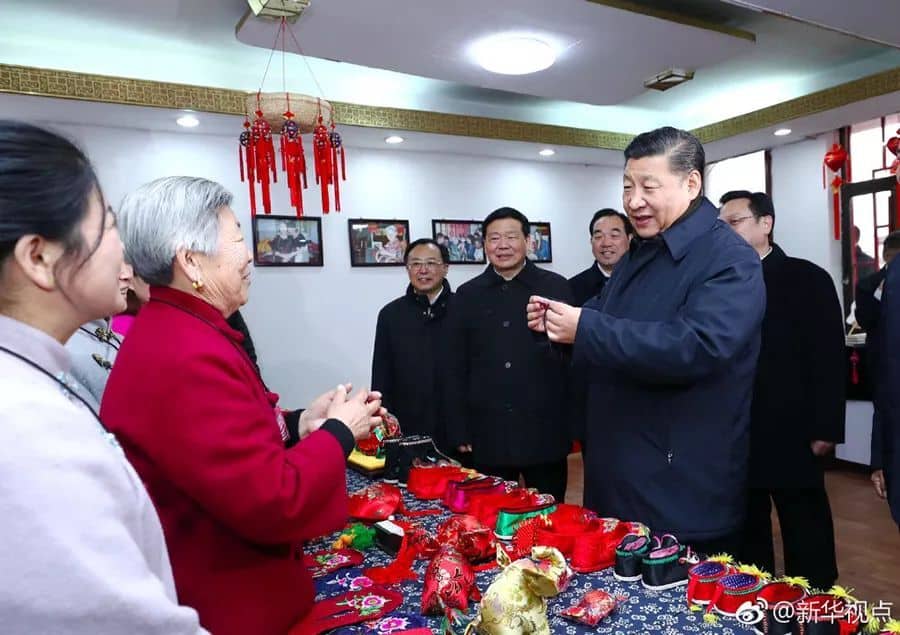 Testimony to the growing value of crafts in contemporary China can be found in a recent article on WeChat. It tells of the various visits by General Secretary Xi Jingping to craft enterprises.

Last year, he visited Zhanqi village in the region of Sichuan. There he was presented by a gift of Tangchang cloth shoes by master Lai Shufang. But Xi Jingping insisted on buying them for himself. Tangchang cloth shoes have been produced for more than 700 years and involve 132 craft processes.

Other visits included to Xuzhou, where he purchased locally-made Chinese medicine sachets. In 2017, he brought Russian President Putin to an exhibition of Xiamen lacquer line carvings and Hui’an stone carvings. When watching the exhibition of shadow carving crafts, President Xi said: “These craftsmen are doing the same thing as embroidering, but they embroidered on stones instead of silk.”

This is a reminder for other countries in dealing with China that there is more at play than trade and military competition. Mutual appreciation of each others crafts offers potential for peaceful and productive relations.