Biophilia: The craft and love of life 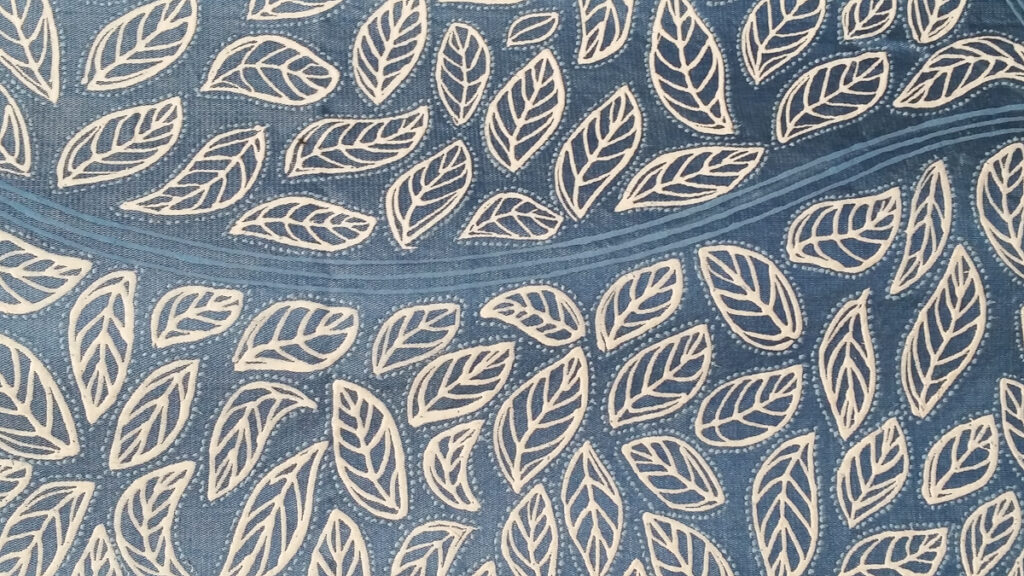 Detail of tree of life in indigo at Arvind Indigo Museum, Gujarat, India. This tree of life was done using the ancient Rogan art technique of painting on fabric and is practised in the Kutch area of Gujarat using locally sourced castor seed oil.

Helen Ting looks to Japan as a way of linking craft to the human love of nature.

What is craft’s relationship to life and nature? Why are people increasingly turning towards craft? How can craft contribute to the urgent need to save our planet? To help explore craft’s relationship with nature, I’d like to offer the concept of biophilia, or love of life, as a potential framework.

Biophilia literally means “love of life”. To Erich Fromm, the psychologist and philosopher who coined the term in his book The Heart of Man: His Genius for Good and Evil (1964), biophilia is an orientation or attitude towards existence. The biophilic orientation prefers making or constructing over retaining; growth or the new over the old; and life and joy over remorse and guilt.

Biophilia can be chosen.

The dilemma for humankind is that we are part of nature and yet, through our ability for self-awareness, somewhat outside of nature and therefore able to transcend or even overpower it. When coupled with our drive to imprint ourselves on the world in some way (ie. to change it), our human capacities can be both creative and destructive.

A destructive path or “syndrome of decay”, the opposite of biophilia,  is characterised by “indifference to life in an ever increasingly mechanized industrialism, in which man is transformed into a thing, and as a result, is filled with anxiety and with indifference to, if not hate against life.” (Fromm, 2010, p. 10)

In another famous work, The Art of Loving (1957), Fromm made it clear that in his view humans were already disconnected from nature: “Modern man is alienated from himself, from his fellow man, and from nature.” (Fromm, 1995, p. 67)

Today, that destructive path is less about the threat of nuclear war, which was the backdrop to Fromm’s analysis, and more from the destruction of life due to climate change. The Global Assessment Report on Biodiversity and Ecosystem Services (2019) by the Intergovernmental Science-Policy Platform on Biodiversity and Ecosystem Services documented unprecedented declines in nature and biodiversity as a direct result of human activity.  “The average abundance of native species in most major land-based habitats has fallen by at least 20%, mostly since 1900. More than 40% of amphibian species, almost 33% of reef-forming corals and more than a third of all marine mammals are threatened. The picture is less clear for insect species, but available evidence supports a tentative estimate of 10% being threatened. At least 680 vertebrate species had been driven to extinction since the 16th century and more than 9% of all domesticated breeds of mammals used for food and agriculture had become extinct by 2016, with at least 1,000 more breeds still threatened.”

Johann Hari’s recent bestselling book, Lost Connections (2018) talks about disconnection from nature as a reason for the worldwide crisis in anxiety and depression. Reinforcing this point, Hari suggests this runs contrary to our innate love of nature, that is our biophilia, as referred to in E. O. Wilson’s book Biophilia published in 1984.

While all of this sounds grim, Fromm saw sources of hope in the very “heart of man”. Our innate ability for biophilia and our self-awareness, which partly sets creative or destructive forces into motion, can be sources for renewal.

The biophilic orientation prefers making or constructing over retaining; growth or the new over the old; and life and joy over remorse and guilt.

Concepts for craft and crafted concepts

So, how would a concept like biophilia be useful to the international craft community? I believe it is through other concepts and philosophies that have helped shape thinking and action in the field of object making—and in a way that serves humans and the planet.

Two concepts from Japanese culture come to mind. These relate specifically to man-made objects. Embedded in these concepts is a loving and respectful orientation towards nature.

Mottainai translates to “waste nothing”.

I have come across this term twice in relation to craft. Firstly, from a 2011 exhibition in Portland USA called “Mottainai: The Fabric of Life – Lessons in Frugality from Traditional Japan”. The exhibition included vintage Japanese working clothes made from handmade local bast fibres (wisteria, paper, linden, elm, hemp, ramie, banana fibre) and patched and darned cloth (such as boro garments).

Secondly, I heard the term from my shifu (paper thread making and weaving) teacher Keiko Yoshida in Kawashima Textile School, Kyoto who told us she was very mottainai (didn’t like to waste) and gently admonished us to also be mottainai.

In both contexts, the spirit of understanding how difficult and skilful it was to make these natural fibres, and the need to use and re-use them, helped deepen one’s appreciation of the raw beauty of the cloth.

The term mottainai was taken up by Professor Wangari Maattai (Kenya) to the United Nations in a campaign on “reduce, reuse, recycle, respect”. In an interesting turn, the mottainai campaign became the moniker of a green campaign that spread to Vietnam and Indonesia.

Wabi-sabi is another difficult to translate Japanese term. More so than mottainai, wabi-sabi has become hugely popular worldwide. Handmade objects are more likely to be wabi-sabi than machine-made ones. Something is wabi-sabi when it conveys the beauty of the imperfect, impermanent or incomplete. It is closely related to Buddhist concepts on impermanence but as applied specifically to ideals of beauty. Wabi-sabi originally applied to ceramics for the tea ceremony and has become associated with restraint, economy, simplicity and rustic rawness. Like mottainai and biophilia, it is an orientation and a philosophy underlined by a sense of humankind’s impact on the external world and its connection to it.

How is craft biophilic and can we make it more so?

The modern search for connection and authenticity is helping to fuel interest in the handmade and in craft. COVID-19 is accentuating this turn with consequential major increases in craft activity (a doubling in online craft sales in the UK). No wonder a UK Crafts Council report from 2020 declares that craft is “now firmly established in the mainstream”.

In addition, an interest in ethical consumption is spawning international movements such as the Fashion Revolution. This is prompting more consumers to connect with and better understand the environmental and social impact of consumption by asking questions like “Who made my clothes?”.

There is little doubt that craft has intrinsic biophilic characteristics. But how can we take advantage of the rising appeal of craft to ensure that craft is even more biophilic?

I have three suggestions, by no means comprehensive, on this front.

Obviously, not all craft comes from traditional village-based settings. We need diversity with craft activities in both modern urban and traditional settings. Village-based life and craft, however, is particularly integrated with nature. Village-based craft has multiple benefits. These include sustaining our connection with history and tradition, transferring knowledge of craft techniques and how to source and use natural materials to new generations and retaining the cultural significance or story behind the crafted object. In addition, supporting village-based craft often helps provide a livelihood for villagers. This potentially prevents further population drift to urban areas which can exacerbate the destruction of natural environments, especially through land clearing and loss of native habitats for animal species, from urban development.

Models of trade that can support villages that are already in place include eco-tourism and partnerships between villages and overseas markets through online trade. An example of expanding these links is the One Village One Product movement. Fair wages and recognition of artisanal work are necessary parts of any truly effective village-based economic model.

2.  Expanding opportunities to understand craft from the master artisans

Hands-on experience, including through online workshops, is another way of increasing the reach of biophilic craft. Online forums are an opportunity for increasing understanding and cross-cultural connection. I recently reported on an online workshop I attended with an instructor from Nagaland, India. It was about handspun and woven nettle yarn and traditional stitching techniques (see A village to your door). Along with learning the stitching, I learnt about the complex process to make the nettle yarn (harvested once a year). I was also reminded of the importance of time and seasonality to natural cloth after purchasing a handwoven and handstitched Nagaland throw made for me by the Chakhesang tribe – once they completed their harvest season. It now reminds me that good things take time and have their season.

Science presents new possibilities, especially when the right talents and attitudes come together. The Living Colour project, from the Netherlands, is a collaboration between textile and fashion designers and scientists to research new natural dyeing techniques using bacteria. The technique minimises the use of water and uses no toxic chemicals.

Who knows what other possibilities there are.

So, back to the starting proposition: that biophilia, while innate, is a choice. I want to conclude this article with a message of hope but also a sense of the importance of choosing the good and the biophilic. Here is the concluding paragraph from Fromm’s The Heart of Man:

Indeed, we must become aware in order to choose the good – but no awareness will help us if we have lost the capacity to be moved by the distress of another human being, by the friendly gaze of another person, by the song of a bird, by the greenness of grass. If man becomes indifferent to life there is no longer any hope that he can choose the good. Then, indeed, his heart will have so hardened that his “life” will be ended. If this should happen to the entire human race or to its most powerful members, then the life of humankind may be extinguished at the very moment of its greatest promise. (Fromm, 2010, p. 145) 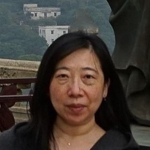 Helen Ting is from Sydney, Australia. She is a handweaver with an interest in traditional textiles. She has majors in philosophy and literature and has worked on land use and environmental policy issues in New South Wales Government.