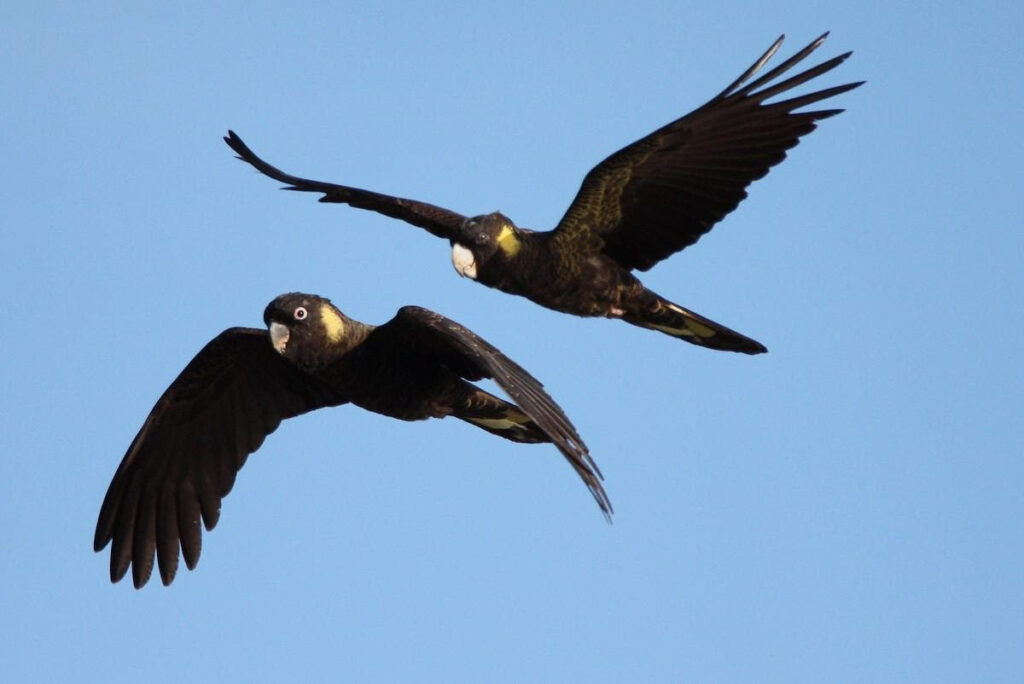 Greg Lehman and Camila Marambio dialogue across the Pacific Ocean about the ancient now in Tasmania and the settler future in Chile.

There is a mountain in whose shadow I dwell. One of her old names is Kunanyi.

She shelters us from the cold south westerly winds that surge up from the Great Southern Ocean to lash our island Lutruwita. She sucks moisture from these winds, which flows from her breasts, across her reclining form and cascades down through the forests and grasslands of her foothills, carving out gullies from the ancient rocks of a distant volcanic past, and dancing through a thousand waterfalls on its way to quench my thirst. Mangana the black cockatoo announces when the wind and rain is coming. He lives amongst Kunanyi’s forest cloak and shows himself as a messenger when the distractions of the contemporary world threaten my wingani.

I listen carefully each time I hear Mangana’s call. I am schooled in science, so I hear him as a bird. I know the species of Protea, like Banksia and Hakea he seeks for their seed. But I also know that these trees are Countrymen. They are totems of the nations of our Old People. So when Mangana calls his flock to feast in the Banksia forest, he refreshes our relationship in a way that science barely knows.

Kunanyi is more than a geographic presence in the landscape. For my Palawa ancestors, she was a being from the beginning of things. Her fecund form spoke to all in sight of her. The power of creation. The endless cycles of birth, growth and passing; reaching back to times before time. Our Old Stories tell of the world before Palawa, the first human being. Palawa was made by the star spirit Moine, pulled up out of the earth where devils lived, and first appeared as a kangaroo. Moine’s children, it was said, came down in the rain and into his wife’s womb. The Country speaks of these stories, and the bodies of the creation spirits can be seen all around us in the mountains and hills, reminding us, playing out the stories of creation every day.

Subscribers can read the rest of this essay here,

Senryu: Three little words make many objects
Following nature’s rhythm: a season on the field as a Linen Steward
The eel as a totem and symbol of resilience
Nature hooks
Biophilia: The craft and love of life
A healing walk: The Lake Bolac Eel Festival story
Ode to Waratah: Designing mythology
Heron story