Hand it to Scotland: Weaving firegrass with the Lisu and Yi communities of Yunnan Province 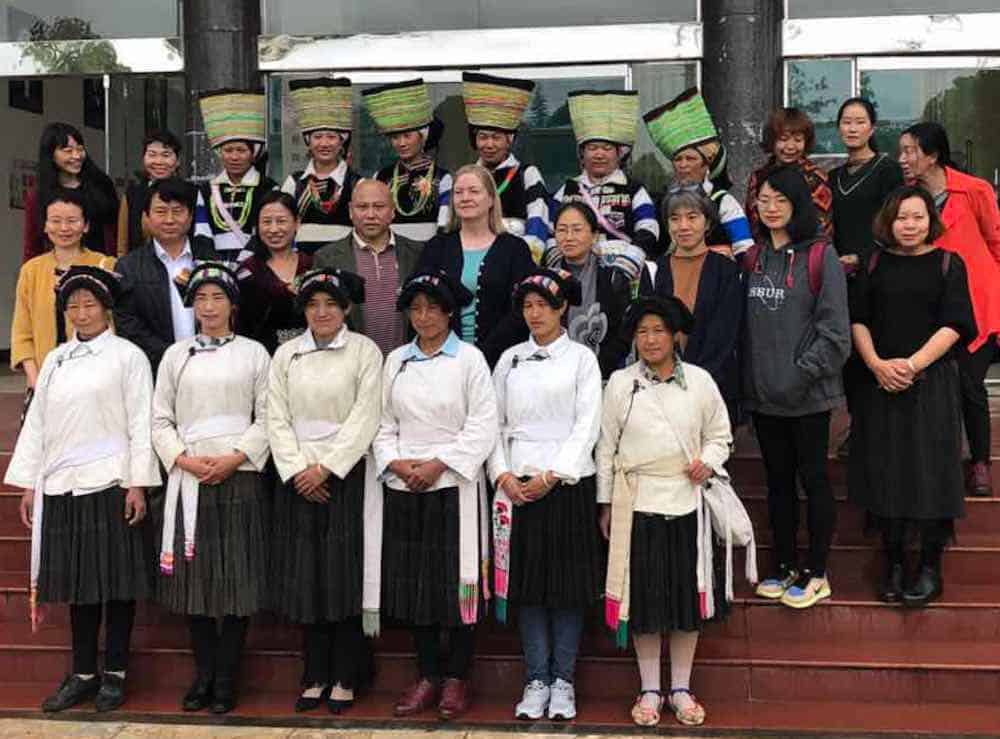 The whir of the bobbins in the shuttles has resounded and echoed around the Lisu and Yi villages through generations of women painstakingly weaving, over many hours, the fabrics from which their traditional costumes are made. It is a skill passed down from mother to daughter, honed over years of practice to create a unique, very specific cloth.

The opportunity for this teaching trip in May 2018 was introduced through Dr Joseph Lo, an independent researcher and Chief consultant for The Smithsonian Institute’s Centre for Folklife and Culture Heritages programmes in Asia. He was invited by the Yunnan Arts and Design Institute to conduct weaving training for several Chinese ethnic minorities in 2017.

During the training, Dr Lo was introduced to firegrass, a unique plant fibre, used by the women in their traditional costumes. Dr Lo recognised the importance of this fibre and suggested the women might benefit from learning new weaving techniques and patterns to allow them to develop a contemporary collection of fabrics which would increase their ability to generate a supplementary income.

The women reported that they have to leave their village to work in towns to earn cash income. With the commercial expertise of Ms Li Rongli, a local entrepreneur, it was hoped that a new, contemporary collection of fabrics would allow the women to contribute towards their families’ finances and allow them to continue weaving their traditional fabric. Significantly, according to the Lisu women, attaching a commercial value to weaving firegrass will also help Lisu women keep this traditional cultural tradition alive. Currently, the younger generation of weavers is not interested in learning to weave because it does not help them in any way except to produce textiles for making their traditional dress. A successful marketing campaign of the new designs could encourage the younger generation of Lisu women to learn weaving and carry on their traditional skills. 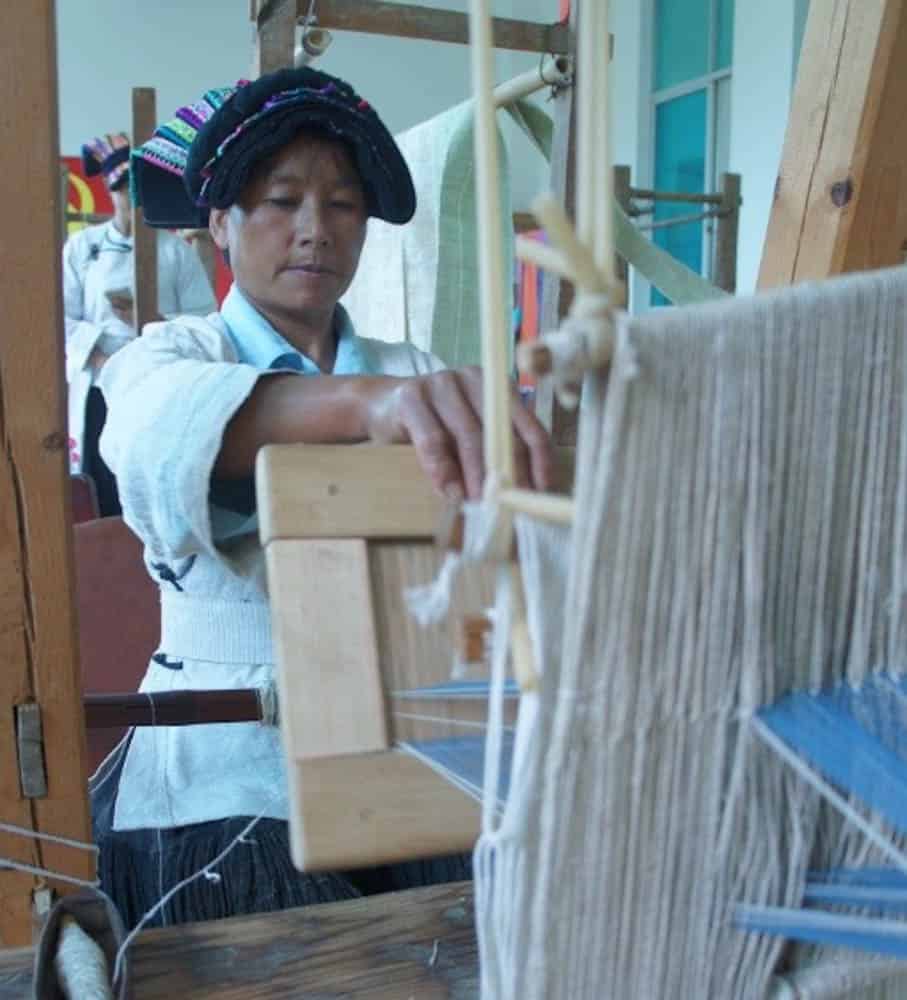 Sponsored by the British Council, my brief was to develop a range of contemporary textiles, featuring the unique qualities of the firegrass yarn. Prior to my trip in May 2018, I worked with the firegrass, sampling various weave structures to make a wide-ranging collection that could be used for the greatest number of functions. On first encountering the fibre, I was concerned about how it would stand up to the rigours of weaving and laundering. The fibre is particularly weak and delicate, almost paper-like with a soft peachy surface. But after my initial samples, I realised it was far more robust than its appearance suggested.

I was instructed to teach six new designs, but the trip was scheduled for only two weeks. To learn and become proficient in that number of new techniques is a massive task, so I decided to concentrate on three techniques, each with an alternate variation. They ranged from a lightweight, lacy fabric for scarves to a middleweight multi-patterned fabric suitable for both scarves and fashion accessories to a heavier design to be used for bags and table runners or coasters. My aim was to show the qualities of the firegrass yarn in a variety of ways and I put a lot of thought into the type of fabrics to teach the ladies. I wanted relatively simple structures that would not be too onerous to learn while giving the finished fabrics a variety of patterns, both in visual appearance and potential use. These structures would allow the ladies a large range of flexibility to develop their own designs once the workshop was completed and with their existing weaving skills, they would not experience too many difficulties if they allowed time to practise and develop their new knowledge. 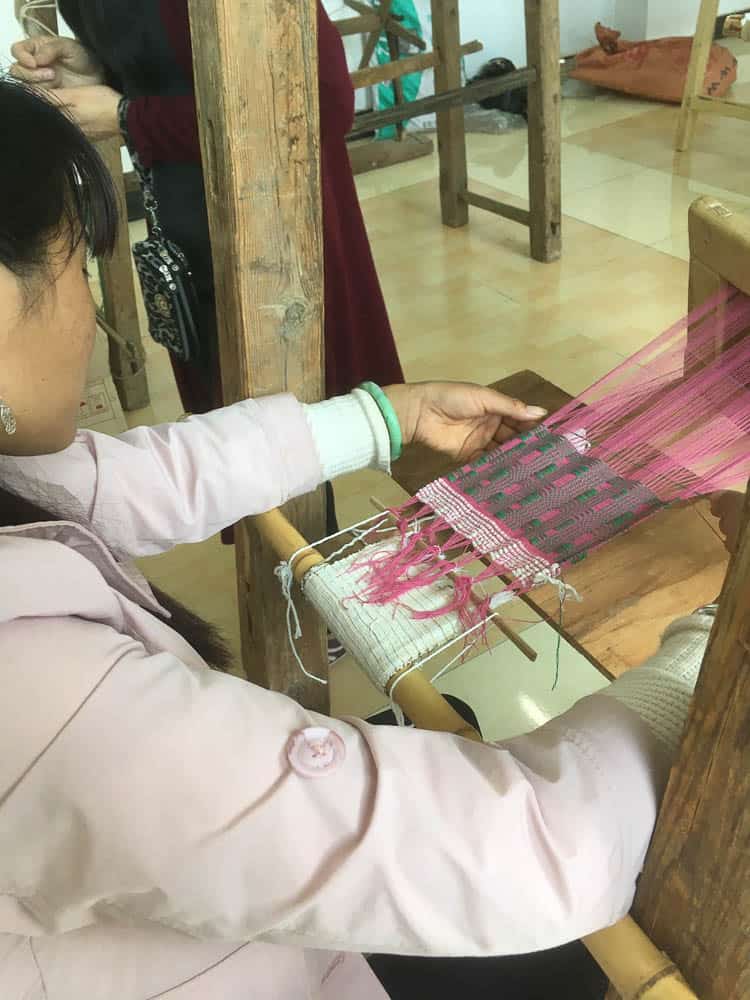 Once I had settled on these structures I spent some time weaving a large number of samples with back up notes that would be presented to the Chinese ladies as a reference to help them when their training was complete. I was particularly concerned about how all this information was presented because there are certain weave conventions for notating patterns. As a Western weaver, this information goes hand in hand with the practical aspects of learning to weave. The Chinese ladies, however, produce a single type of fabric with skills that have been passed down for generations. There is no need for them to keep records of an unchanging design and I was unsure whether my complex diagrams would mean anything to the ladies. A few of the older ladies did find understanding the diagrams difficult, but I was reassured that a number of the younger women grasped the concepts quite quickly and would be able to teach others when more time was available.

Another concern I had before the trip was that we would have to adapt the Chinese looms to produce these more complex patterns. Without getting too technical, the existing fabric requires only two movements, up and down, while my new designs require four possibilities, each working independently. It was impossible to have these adjustments made prior to the trip, so the first day was spent making new parts and fitting them to the looms. The results were not perfect and would have needed fine-tuning at a later date but the new loom pieces were useable and we were able to weave very successfully. 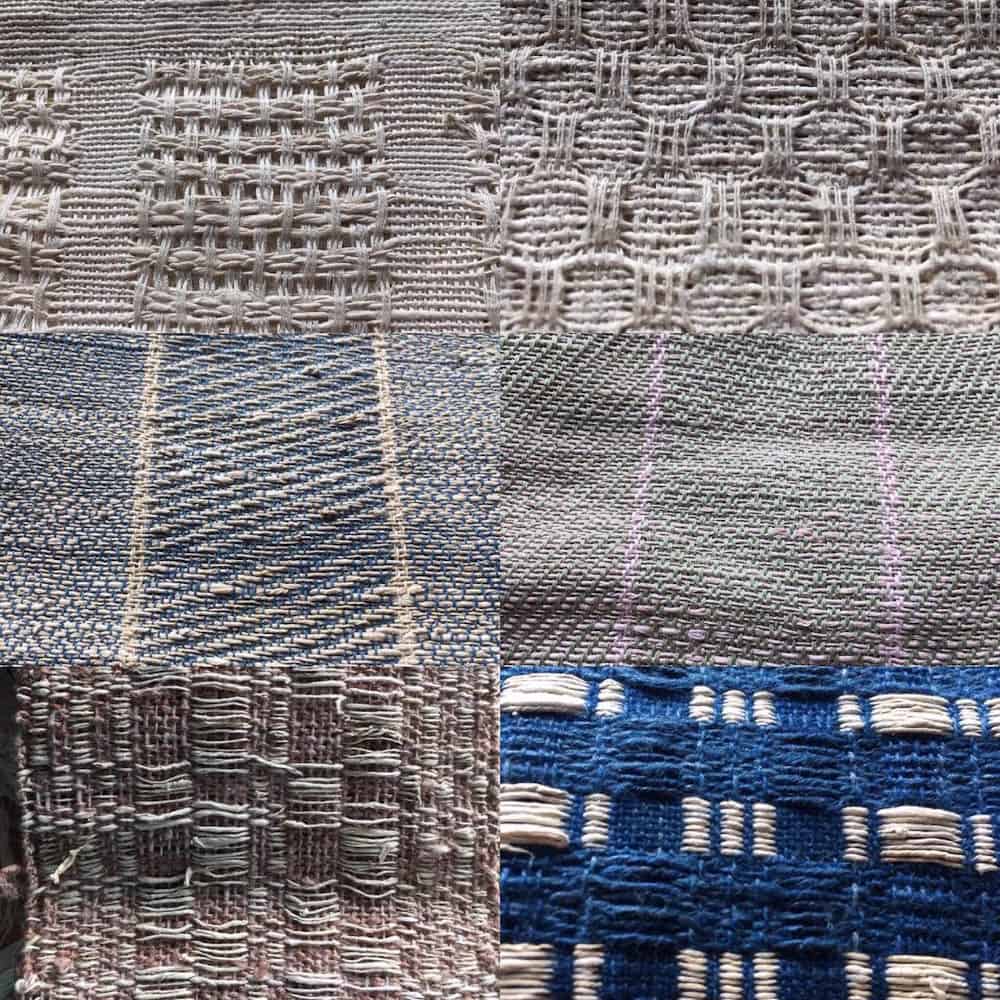 The ladies’ traditional method of weaving is very different to the skills required for the new designs. They were used to weaving quite dense fabric which needs a heavier hand to produce. The new fabrics had varying densities and they required a much lighter touch, something the ladies initially found difficult to master. The first fabrics we wove were in a cheap cotton yarn which allowed the ladies to practise their skills and learn the delicacy needed for the new designs. It is not an exaggeration to say that, to change an established working method, honed over years, is an extraordinary accomplishment, but the ladies worked exceptionally hard and were keen to learn as much as possible in the time allowed.

Our second week concentrated on more luxurious yarns such as hemp, organic cotton and silk and the all-important firegrass. The basic premise of the cotton samples was repeated but with a view to producing actual finished items: a range of silk scarves, fabric for bags and a table runner and coaster set for a tea tray. Problems were encountered and solved and I could see the ladies’ skills improving with practice and a growing understanding of the structures of the fabrics.

The success of this workshop will be measured, in time, in the ladies’ ability to continue using their new-found skills, to develop those abilities. Hopefully, they will begin to design their own fabrics using my designs as inspiration. The honing of their skills and their continued learning is an on-going process which will take time, dedication and the desire to develop their products. As an afterword, the two communities won certificates from the World Crafts Council’s Award of Excellence for Handicraft being placed fourth and fifth, a real testament to their continued improvement as weavers.

While the main function of this workshop was to pass on my skills to the Chinese ladies, I also learned from the experience. Observing and absorbing another culture’s working methods and ethos is incredibly humbling and enriching. I was hugely impressed with the ladies’ team-working methods, which are in complete contrast to my own techniques. Their innate ability to work together for the mutual benefit of the group was remarkable. I found the whole experience incredibly fulfilling and interesting and my only regret is that I was unable to speak to the ladies in a shared language. 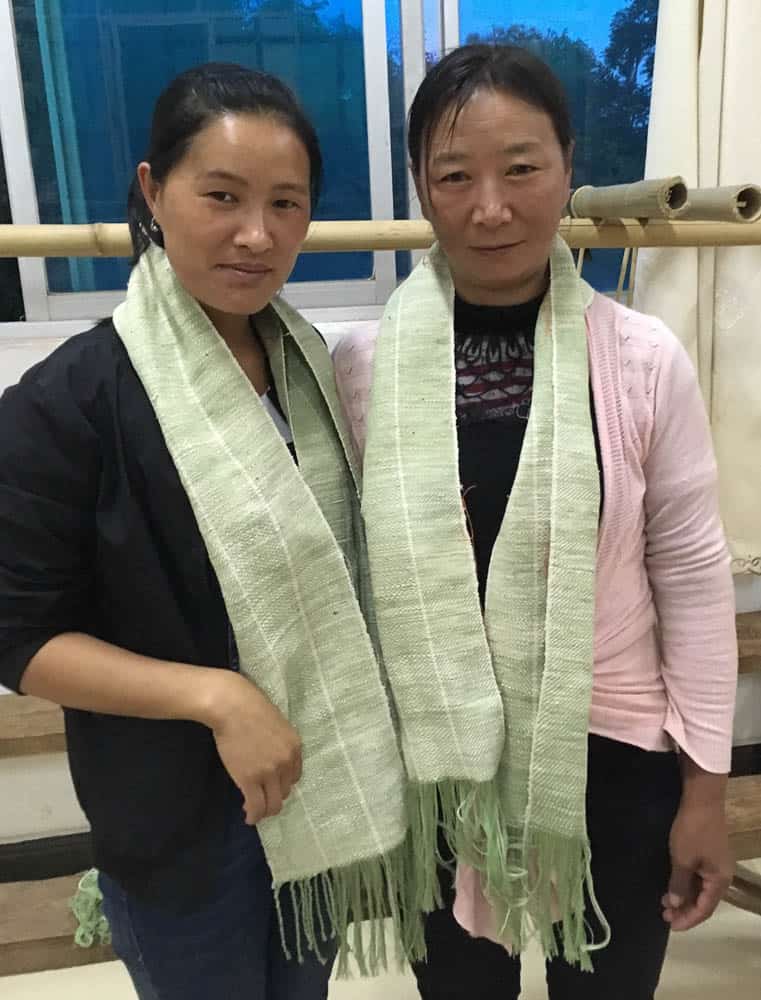 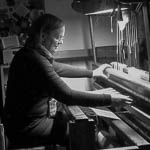 Janis Embleton is based in the Scottish Borders, UK. She is a designer and maker with over twenty years of professional experience and spends much of her time designing and hand-weaving a range of luxurious accessories which sell through galleries and textile events. An important part of her work is teaching and passing on her skills to the next generation of weavers and she runs regular workshops in her own studio and often through other organisations and agencies. See www.flight-weaving.co.uk

Editorial
The gate is open: Guan Wei and Jayne Dyer in China
The road to Kilombu crosses many borders
21st century chinoiserie: A journey from Zibo to Sydney
The Earth and its elements: Wood, fire, earth metal and water
Dragon reborn: The making of Bendigo’s Dai Gum Loong
Chinese landscape cut-out over time
Very peaceful for the ancestors: Chinese memories in the Lambing Flats Folk Muse...