From gallery to temple: contemporary art for the Kra-tin ceremony 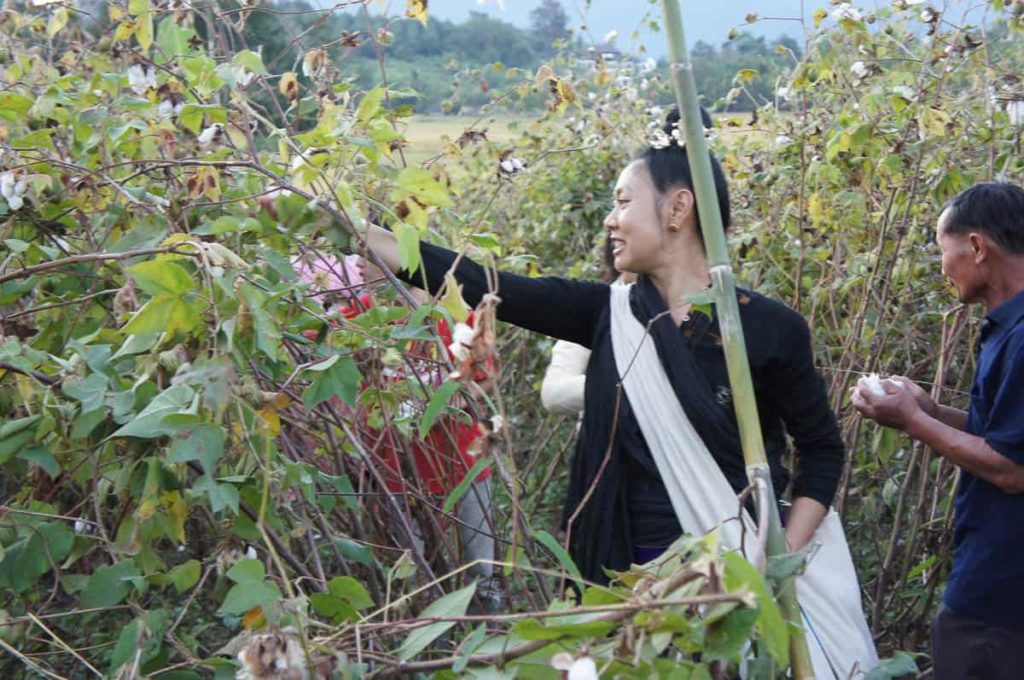 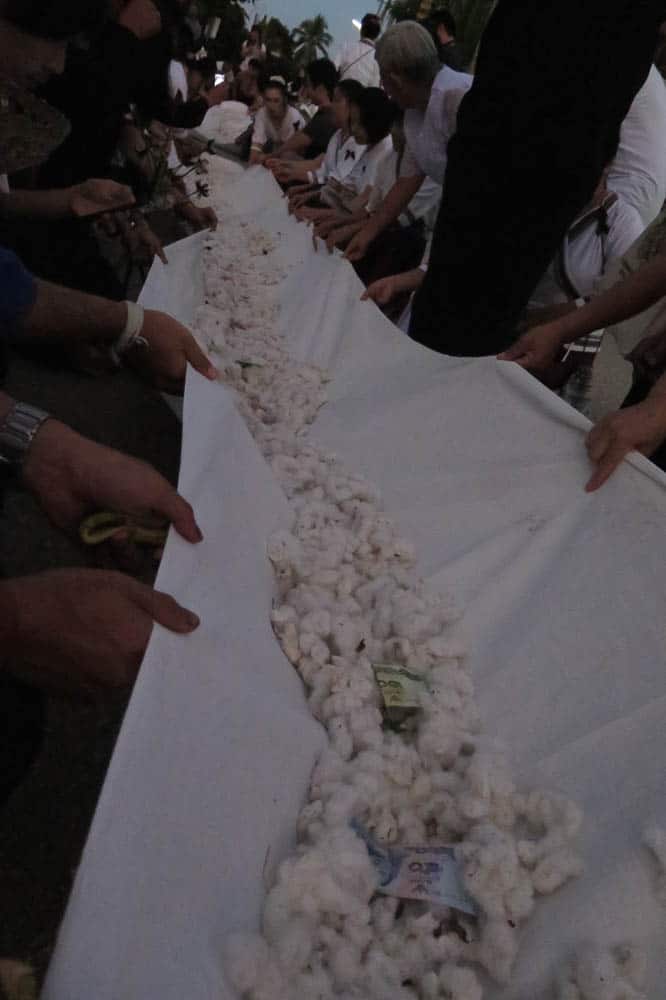 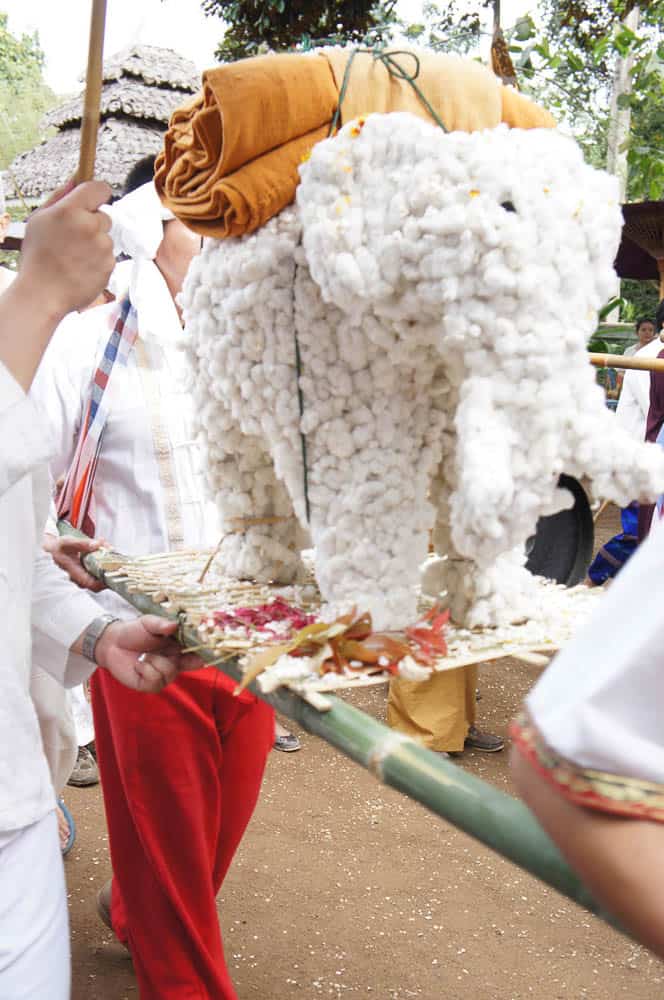 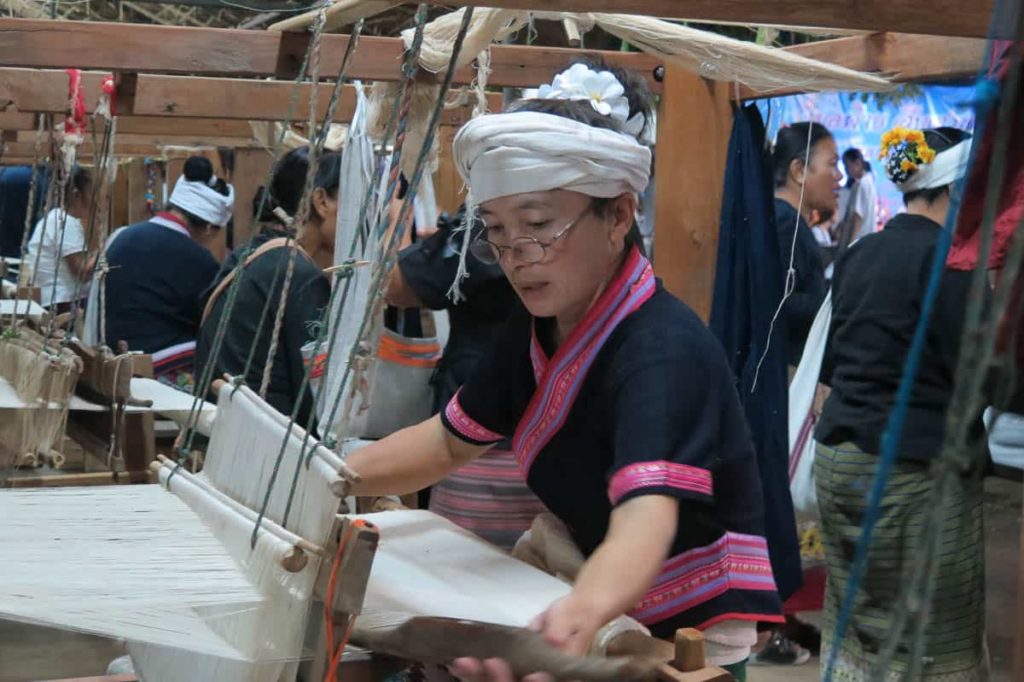 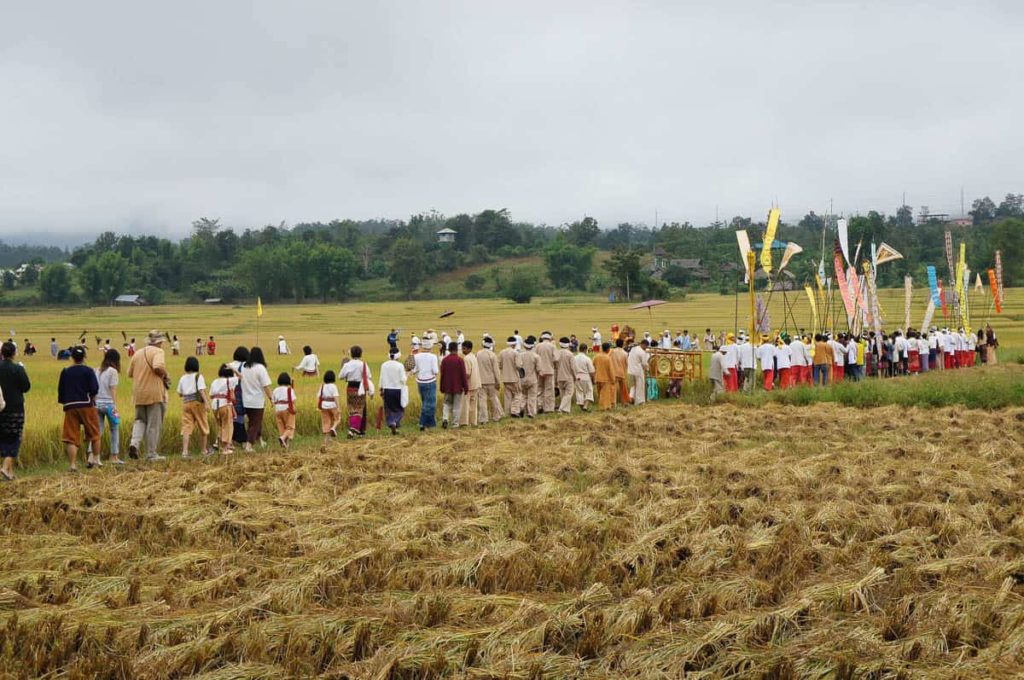 My work with Wat Tung Pong was a kind of experimental work. I’ve tried to work with the real situation—ceremony, local people, real time and real place. It’s the way I can connect the people with my artwork.

In Wat Tung Pong, there’s one special ceremony called Jun-La-Kra-Tin, in which clothes are woven for monks. It’s very interesting ceremony because most of processes have to be done by women.

I was interested in this ceremony. So I asked who was head of this ceremony and what I can do to contribute with my artwork. I was so lucky, because they let me join by making an offering for the most important element of that ceremony. It’s an offering to cover the clothes which they wove for the monk. I made the offering out of handmade fabric. And after the ceremony was finished, they sold my artwork (offering) for an auction and donated the money to Wat Tung Pong.

For me, I think the project was a success in the way it connected people. But from a creative point of view,  I couldn’t draw only from my imagination. I had to work with constraints of the real situation. I had to think a lot about the condition of the religion, especially with people who really believe. That’s so sensitive. And I couldn’t cross the line much. Some have an open mind, but some don’t. Anyway it’s very good experience for me to join this ceremony in Wat Tung Pong.

Kra-tin is a Thai ceremony for raising money for the temple (to put it honestly). Because monks can’t ask for money from people directly, that’s why they have to hold the ceremony. Sometimes if the temple wants the new building, they’ll create Kra-tin ceremony also. 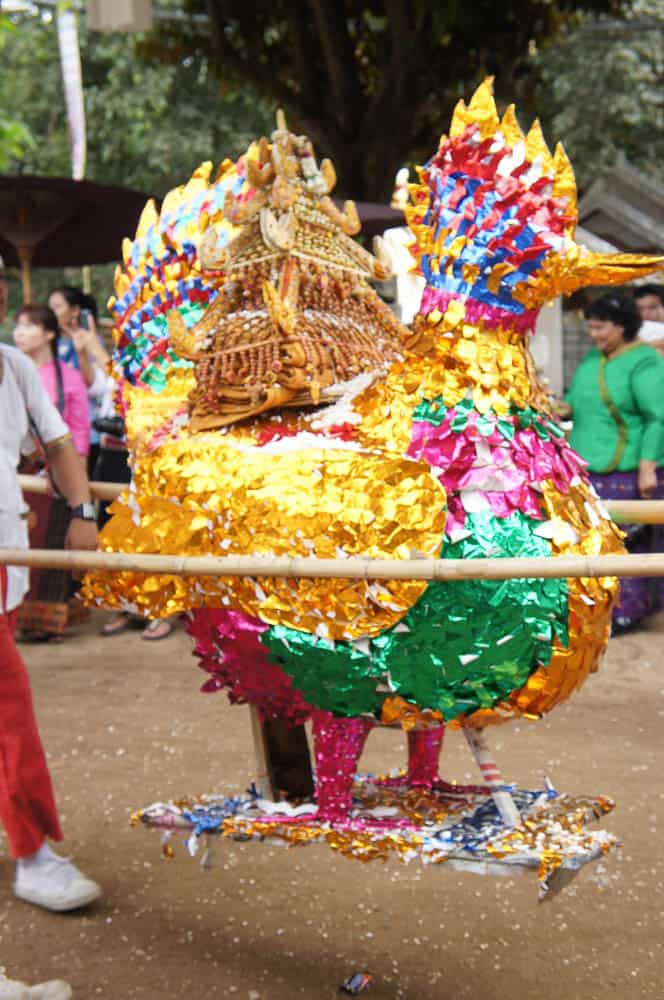 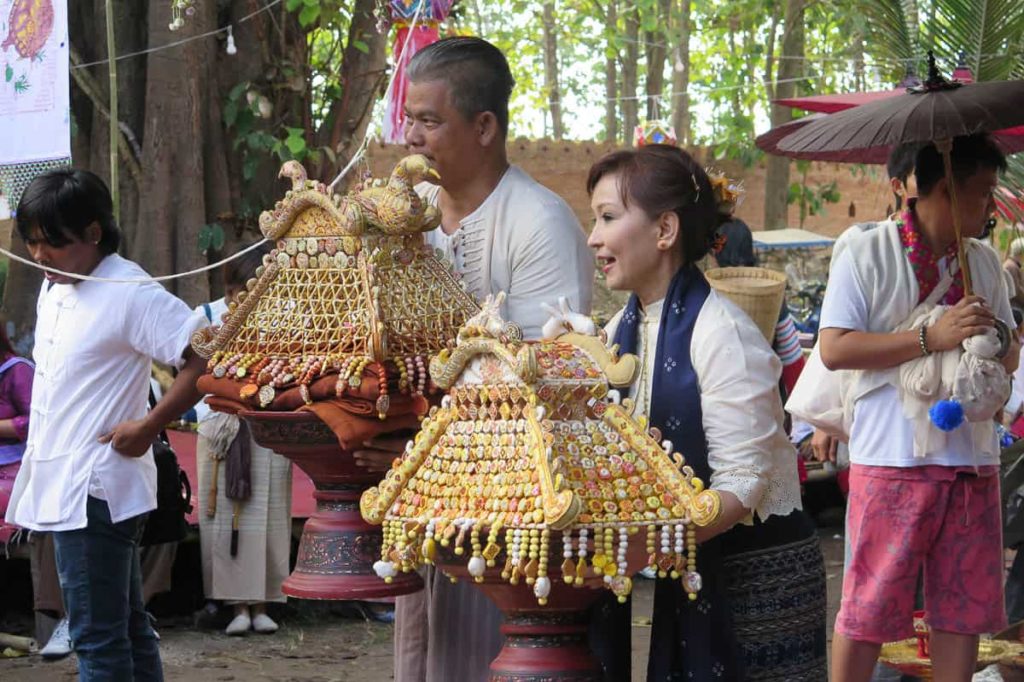 Siriwan’s covers carried as part of the procession 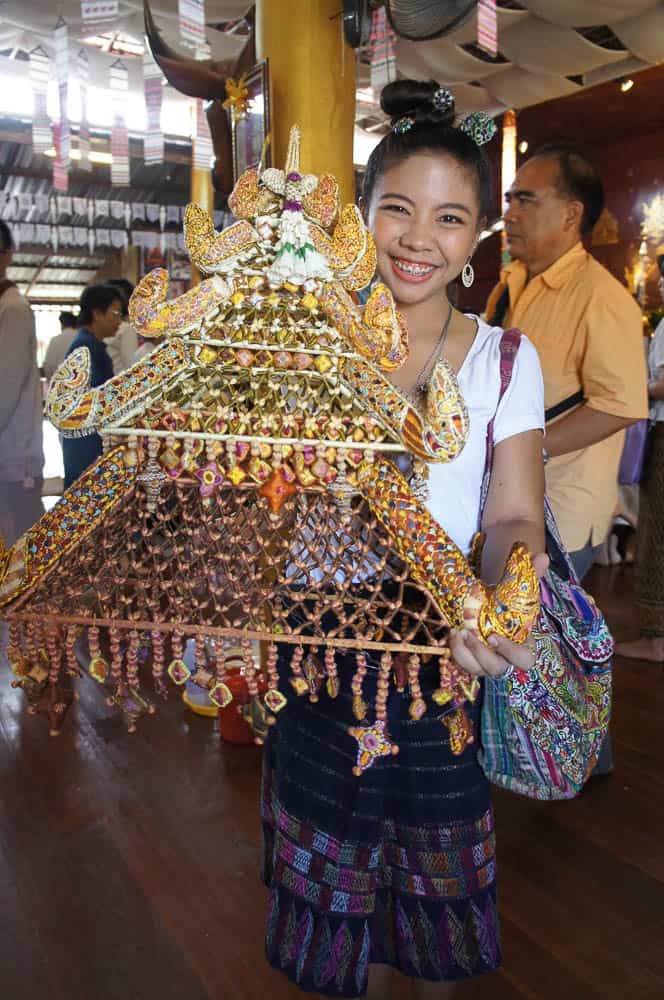 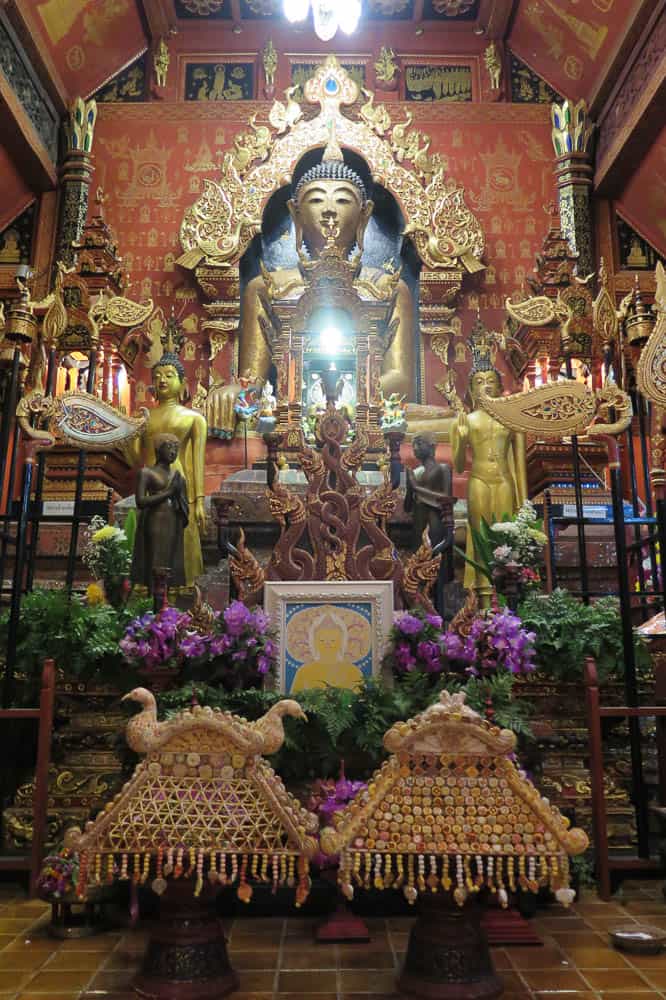 Covers for the offerings for Buddha

Jun-la-kra-tin is the special Kra-tin ceremony in north and northeast of Thailand. This Kra-Tin had disappeared for a long time, but it returned to popularity a couple years ago. They use weaving process for this Kra-tin to make just one cloth for monk (but actually the point is to find money also). The ceremony will happen just for two days and one night. But actually, they are preparing it for at least six months. Firstly, they need to find the land to grow the cotton plant. In Jun-la-kra-tin, women in the village are very important because they have to do all of the weaving. Sometimes women from other villages come to join. Everything has to be done in one night. They start with gathering cotton from the farm, then spin it into thread, weaving, dying, and sewing. And in the next day, they will conduct the ceremony to give clothes and all the money to the monks and temple.

Having an exhibition is so different from working on Kra-Tin project. I am familiar with how an art space functions. I can create whatever I want and can plan everything by myself. But working on this Kra-Tin project was more difficult. I had to be really careful about the people’s feeling because I worked on the real situation especially related with religion. It’s very sensitive. I felt like I still couldn’t work 100% from my imagination.

For me, involvement with Kra-Tin was an experimental project to work with local people in real situation. It enabled me to see the reaction of the people, who are not part of the art world, towards my art work.

Working with the real situation challenged me so much, because religion is a very sensitive topic for local traditional Buddhists. Some people do like my artwork, but others don’t. I think it depends on their experience. Some people also want to to join in my artwork’s process. But the point wasn’t about art at all. It’s about faith. I’ve learnt from this project that people value their faith according to how hard they work for the ceremony. And some people who didn’t work for it—I don’t mean they didn’t want to, but they just don’t know how to join—express their faith by giving the money. I wouldn’t say which way is better, because both have the same good  purpose. They want to be good Buddhists and support the religion in every way. 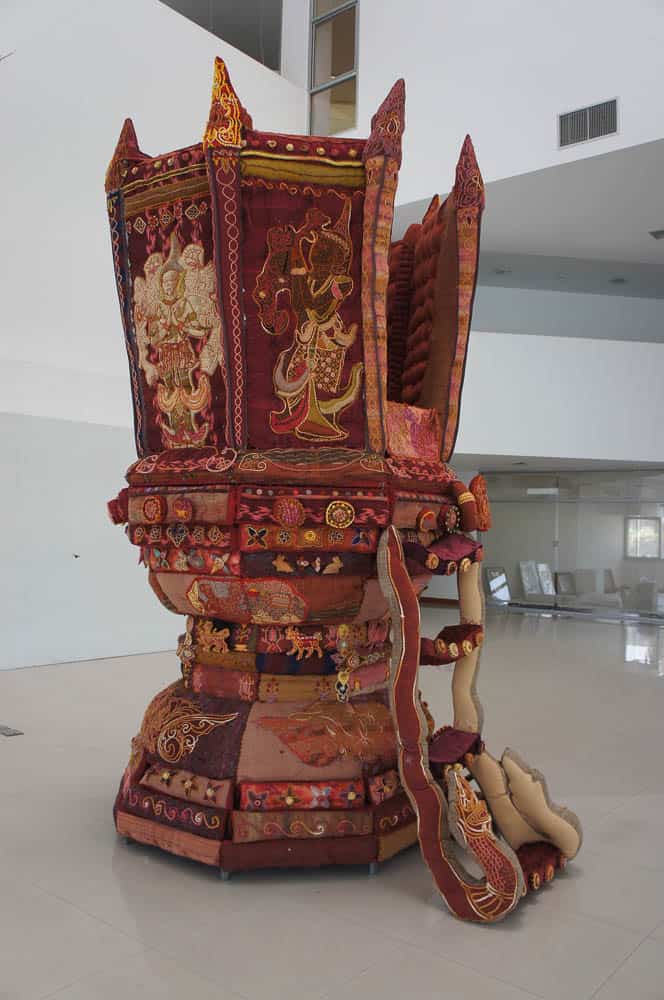 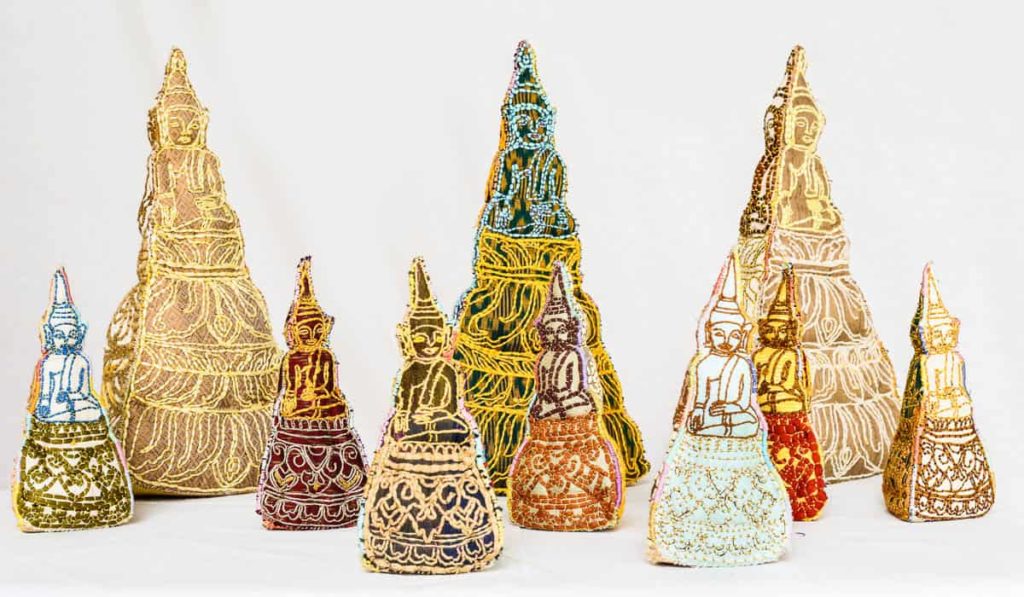 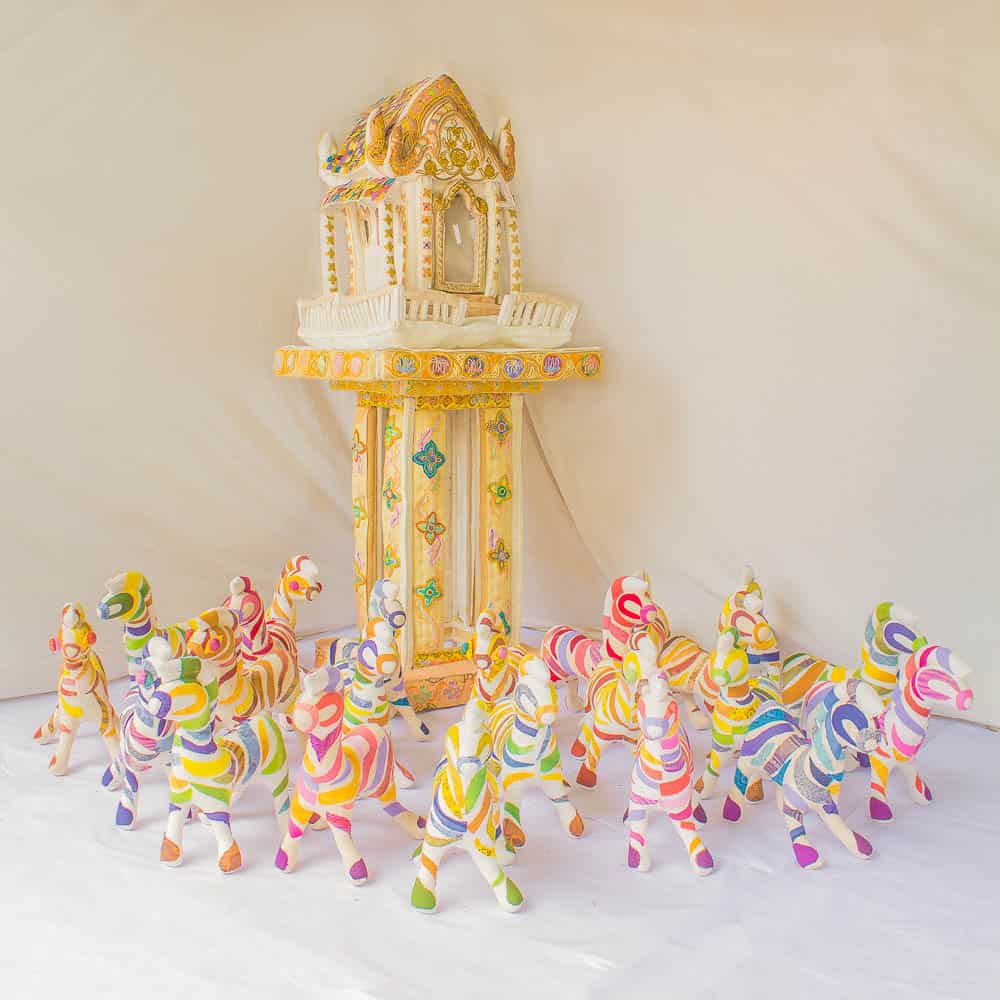 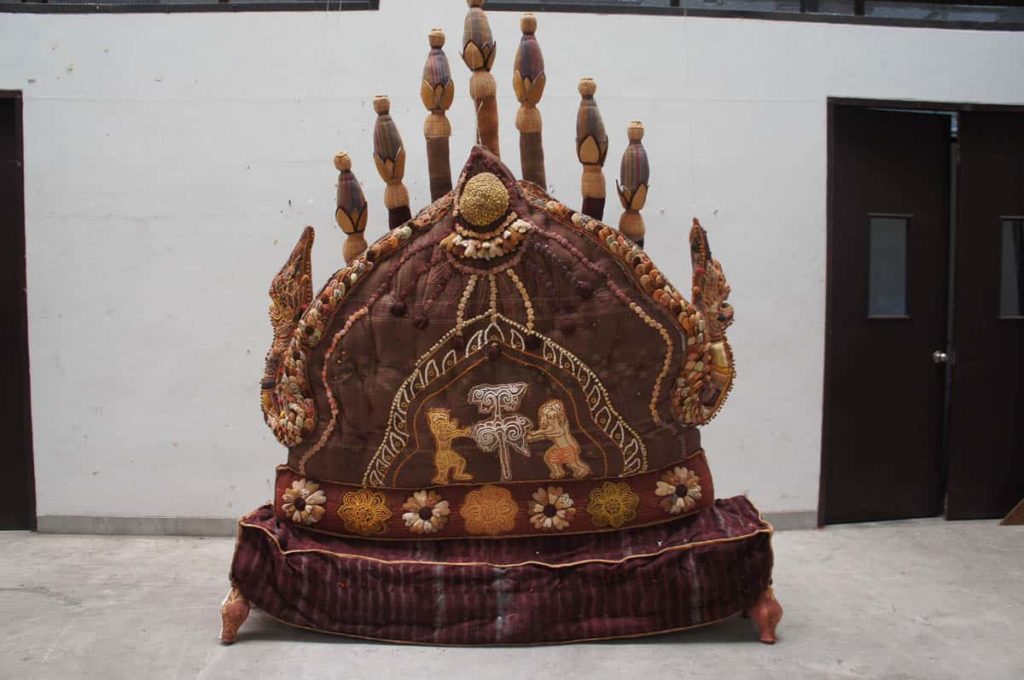 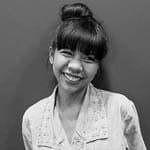 Watanya Siriwan (Mai) is a conceptual artist and fashion designer, originally from Chiangmai, Thailand. She was influenced by Buddhism and Thai craft. She works and develops her artworks of soft sculpture. She also established two small house companies named Surreal Stitch and Praneed House for producing the crazy clothes and stuff. Both her artwork and designs were created and made inspired by Thai craft. She is represented by Adler Subhashok Gallery.

Tying down art in my own public Idaho
Louisean King ✿ Solis
Silk thangka: An unbroken thread
From village to suburb: How Karen weavers retain their culture as art
Welcome to Kandangan, a modern craft village
Making wood precious in Astana, Kazakhstan
Hanging issues: Collaboration between photography and Lana paper making
The wonder of rattan in Vietnam