How an island makes its makers: The artisans of Gabriola 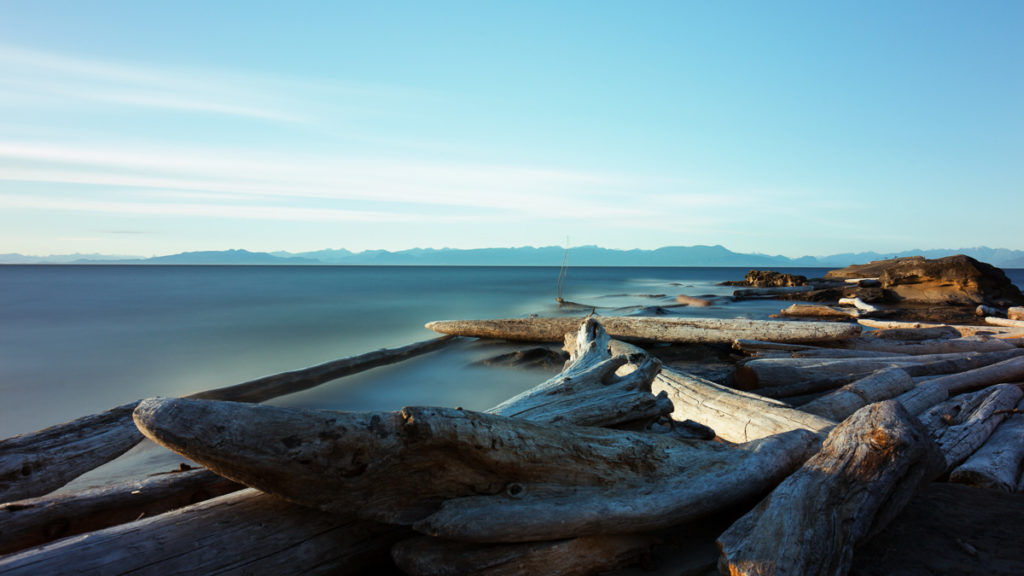 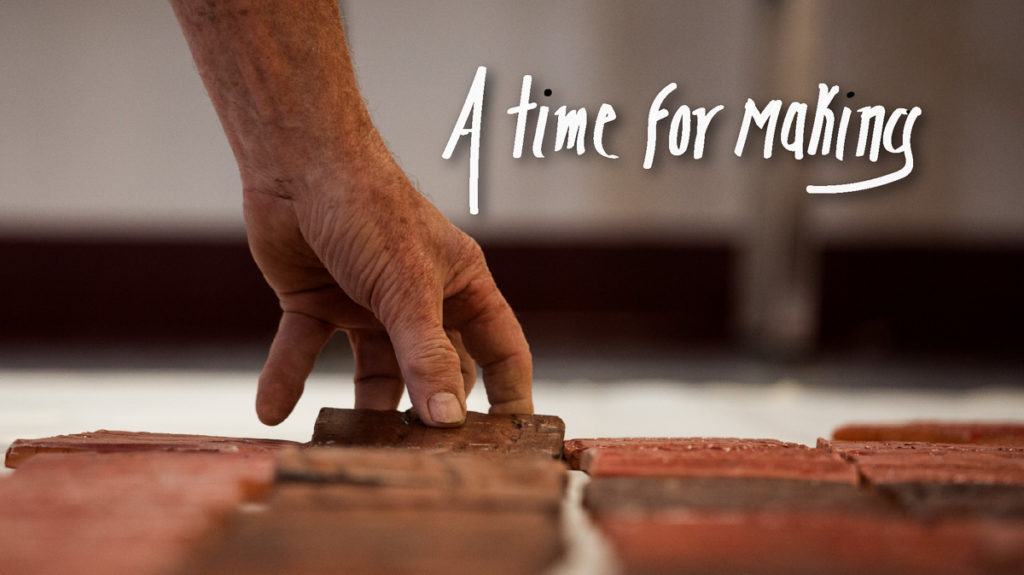 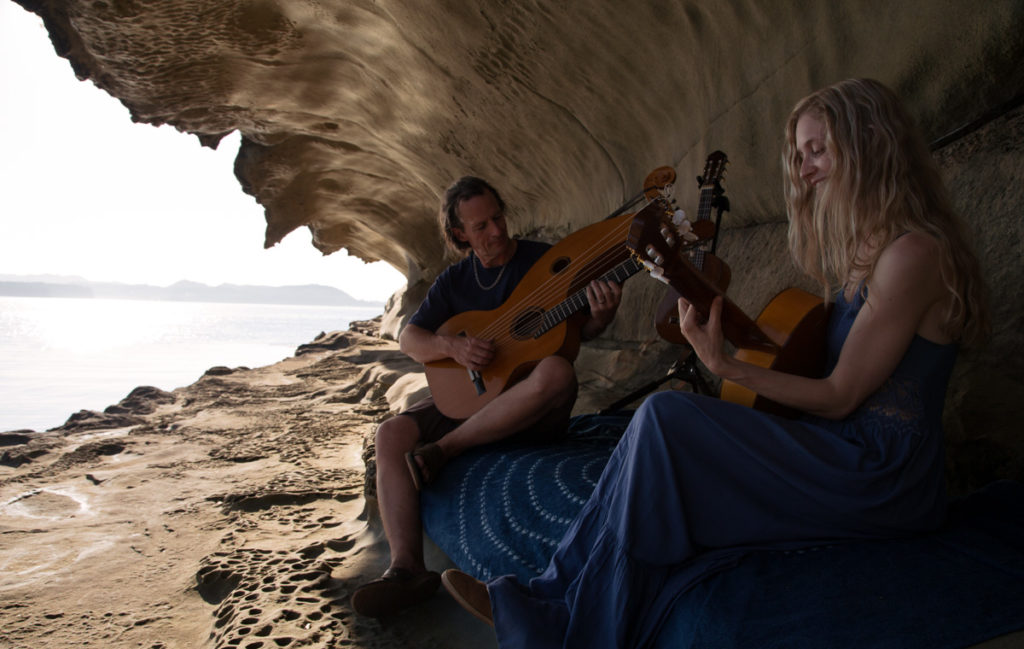 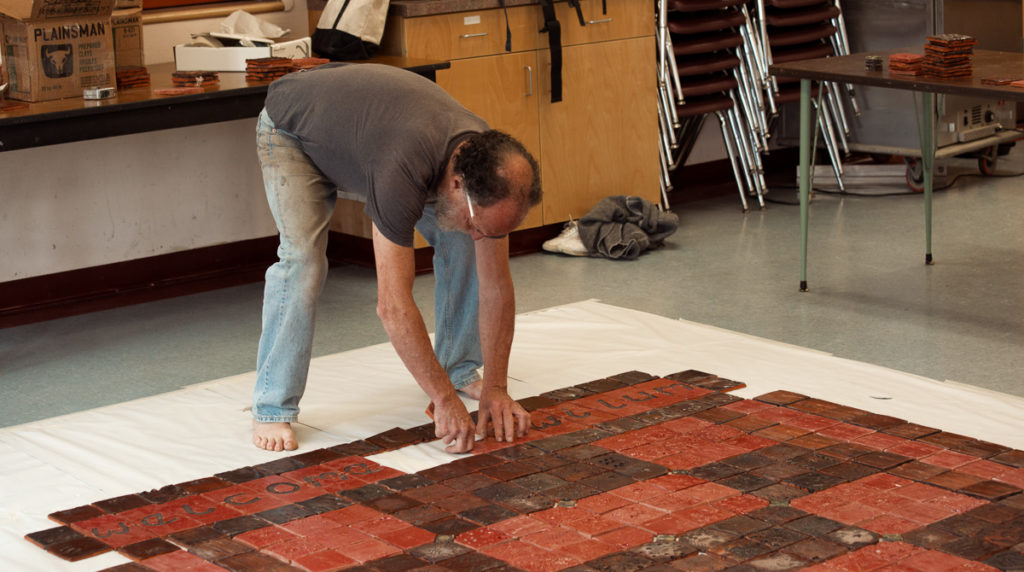 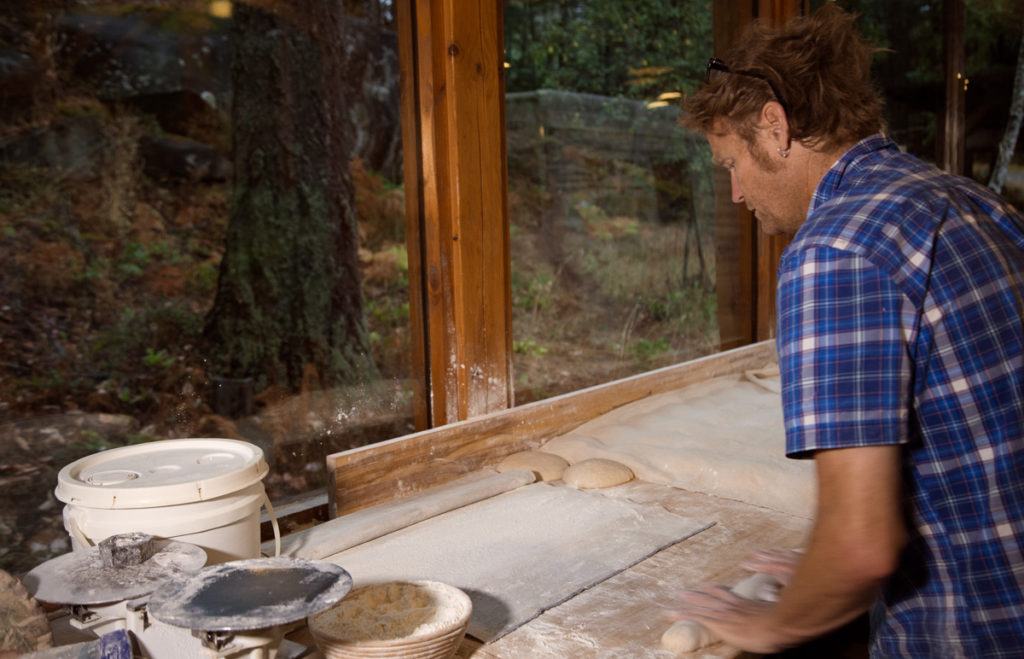 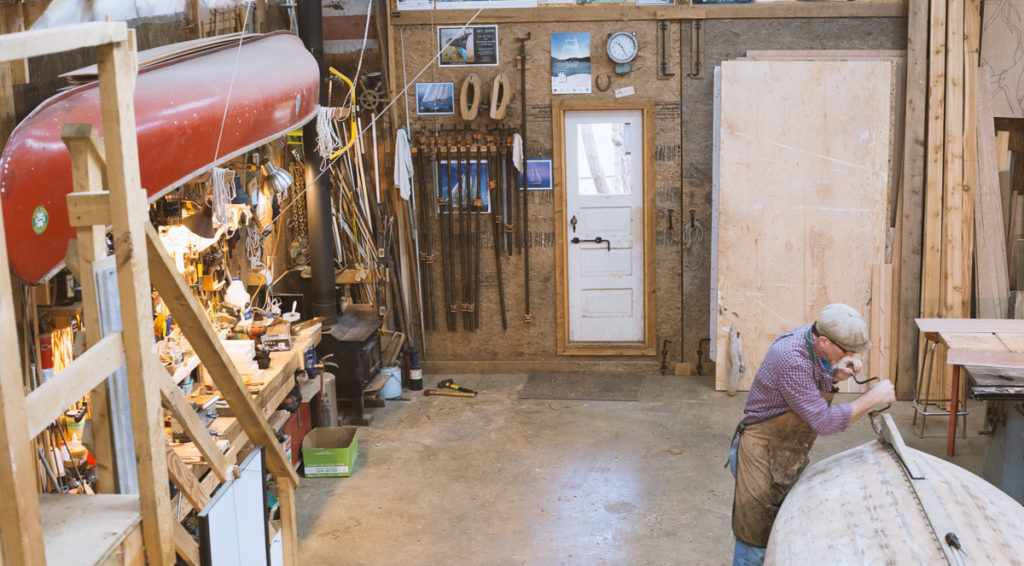 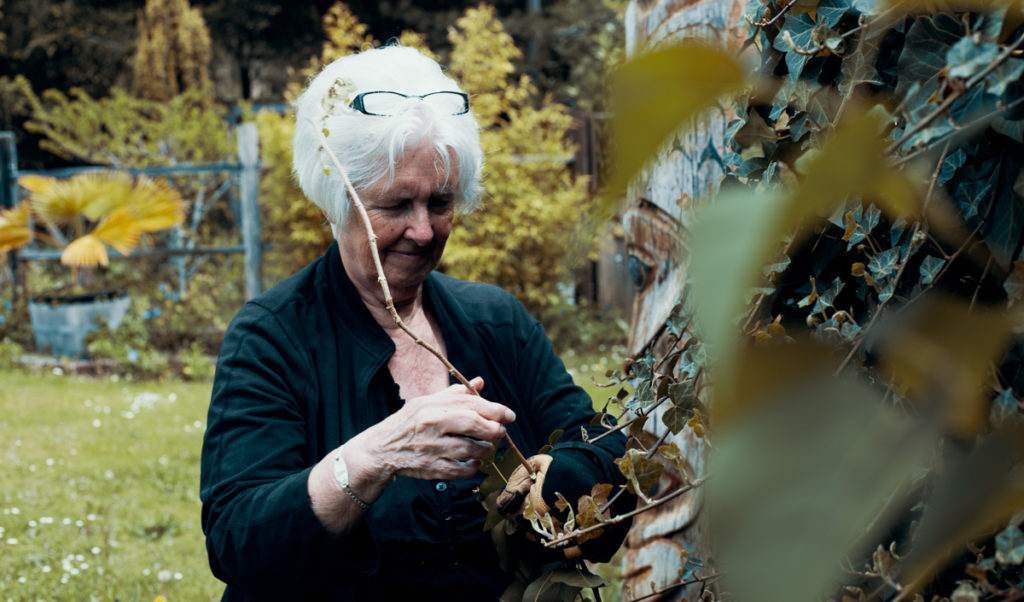 Phillip Vannini explains why he was drawn to film the artisans on an idyllic island in the Salish Sea.

Perched at the end of a long metallic rod, a hollow cylinder twirls inside the fiery opening of a gloryhole, its reddish hues gradually shifting into a glowing amber. At the other end of the twirling pole, Mary-Ann smiles as she endeavors to bake the glass inside the mighty oven just right, unperturbed by the sweat beads forming on her forehead. Dirk, a few steps behind her, looks at her patiently. The burner whirrs and seethes, its low-tone noises almost drowning the insistent trickling of the rain hitting the workshop’s roof. A few moments pass and Mary-Ann and Dirk begin massaging the cylinder with their protective gloves, gently molding it into its final form as a beer mug.

Winter is raging on the Canadian West Coast, and the cold rain falling hard outside Mary-Ann Richards and Dirk Huysman is making me wish I could stay in their tropically warm glassblowing studio all day. I point my telephoto lens at the glass mug entering the glory hole one more time, hypnotized by the fire painting light onto the glass, almost feeling the heat through the viewfinder. I know I need just a few more shots but the ambient warmth is as comforting and Mary-Ann and Dirk’s own personal warmth, so I fire off yet another question, this one a bit of an ethnographic Hail Mary pass: “Do you guys think the island shapes your work in any way?”

We all know what kinds of images expressions like “Made in Italy,” “Made in France,” “Made in the USA,” or “Made in China” evoke in our minds. The notion that social, economic, cultural, and political geographies play a key role in shaping industrial manufacture and small-scale artisanal processes isn’t new. But knowledge of how these dynamics play out in places like the British Columbia coast, and the Gulf Islands in particular, is invariably scarce. In spending time observing Mary-Ann and Dirk, I am hoping to get a sense of how their craft and lifestyle—and that of eight other Gabriola Island artisans—is shaped by the island environs around us.

Gabriola Island is one of the dozen or so small islands (ranging in population from a few hundreds to a few thousands) dotting the Salish Sea: the body of water uniting Vancouver Island and the Lower Mainland of British Columbia. Without the presence of any industry, and in the absence of any meaningful extractive activities, the Gulf Islands attract a disproportionate share of creative exurbanites, fleeing the city rat-race in search of a deliberately slower lifestyle. Many of the people the islands attract are artists, and artisans who appreciate the progressive and open-minded vibe of the island communities as much as they enjoy their idyllic natural settings. Gabriola Island, known as the Isle of the Arts, is arguably the one Gulf Island whose economy revolves more around creativity than all the others.

“The pace,” Mary-Ann answers my question after giving it some thought, “that’s one of the things that really drove us to leave Calgary. The pace of the city picked up and up.” Gabriola’s distinctly slower pace offered a sharp alternative to that. Here, she says, “we’re not trying to get somewhere else. We’re here, and we’re able to let our sense of being emerge through what we do. Lots of us do things with the ocean and the idea of the place that we’re actually in, and sometimes we play with those images too, but perhaps it’s more than just a representation of place, it’s more of an emergence from the experience of being here.”

“I suppose we can say that there’s more greens and blues in our work because of being here,” Dirk adds with a smile as he resumes his dance with Mary-Ann. The two sign their glass-blown products not with their individual names but under “D’dance,” a homage to the delicate choreography underpinning their workflow across the room floor. It’s a dance I’m careful not to trip over during my own photographic ambulations around glass and fire. “What we see ourselves creating is perhaps not as geometrical as it might be if we were in the city,” Dirk continues his thought as Mary-Ann steps back toward the gloryhole. “I think that urban living creates particular mental metaphors that one tends to riff on without even knowing it, and that the rural landscape, the natural landscape, does the same thing.” Mary-Ann agrees. “I think we’re influenced, you’re right,” she remarks as she shuttles back in, holding the metal pole with another fiery-glow blob of proto-glass seemingly glued on to its end. “We’re influenced in unconscious ways about what we are surrounded by, the shapes and the lines.”

Clearly, a place shapes what people choose to make there. This much is intuitive. The materials available in a place will enable and restrict what artisans can make there. Particular needs and wants of local consumers will largely dictate what products will sell and what products won’t. Local knowledge, stylistic traditions, and place-based educational networks will influence how many makers are around and what they can learn to make.

Economic policies and market trends will draw or repel artisans from making certain things. But the spatialities and temporalities of a place will also play an important role in affecting the atmospheres in which craft unfolds. That is: the landscape contours of an island like Gabriola, its pace of life, the rhythms of its ferries, the unique succession of its seasons, the colours of its horizons, and the texture of its soil, its bays, and its trees will also play out in what makers make and how they do so.

“Cityscapes tend to be a lot more angular, up and down, vertical, lines, squares, rectangles” Dirk reflects as the storm raging outside agitates the waves crashing on the shoreline behind the workshop. “The landscape that we live in tends to rounded, softer, less metallic colours.” Dirk pauses again as he and Mary-Ann turn their attention to blowing. I pause the recording and scribble a production note to myself. “Less linear, softer, vibrant in color.” It too is made right here, so this documentary ought to feel like that too. 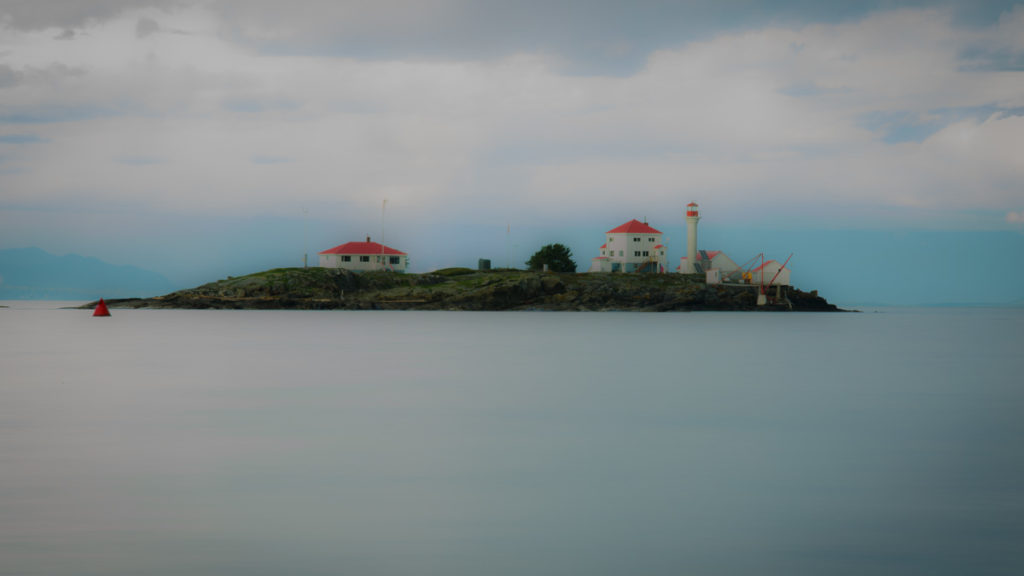 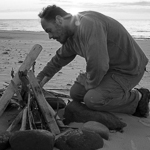 Phillip Vannini is a cultural geographer, ethnographer, and filmmaker working for Royal Roads University. He lives on Gabriola Island with his wife and collaborator April Vannini. The film they have made together about artisans living and working in the Salish Sea is titled “A time for making,” and it is distributed by Fighting Chance Films. It is available on iTunes, Amazon Prime, Vimeo, and Kanopy.

Ruth Woodbury ✿ A Māori-Salish encounter featuring salmon and cedar cloaks
My village makes
Art meets life on a Sunday afternoon: Screenings at the Cantrills
Sindhu - The river line: A dialogue
Dear Grandma, Thank you for being a maker: A Cowichan story
Dancing with the anvil
Quest for the lost bronze casters: A journey to Ban Pa Ao
Tying down art in my own public Idaho