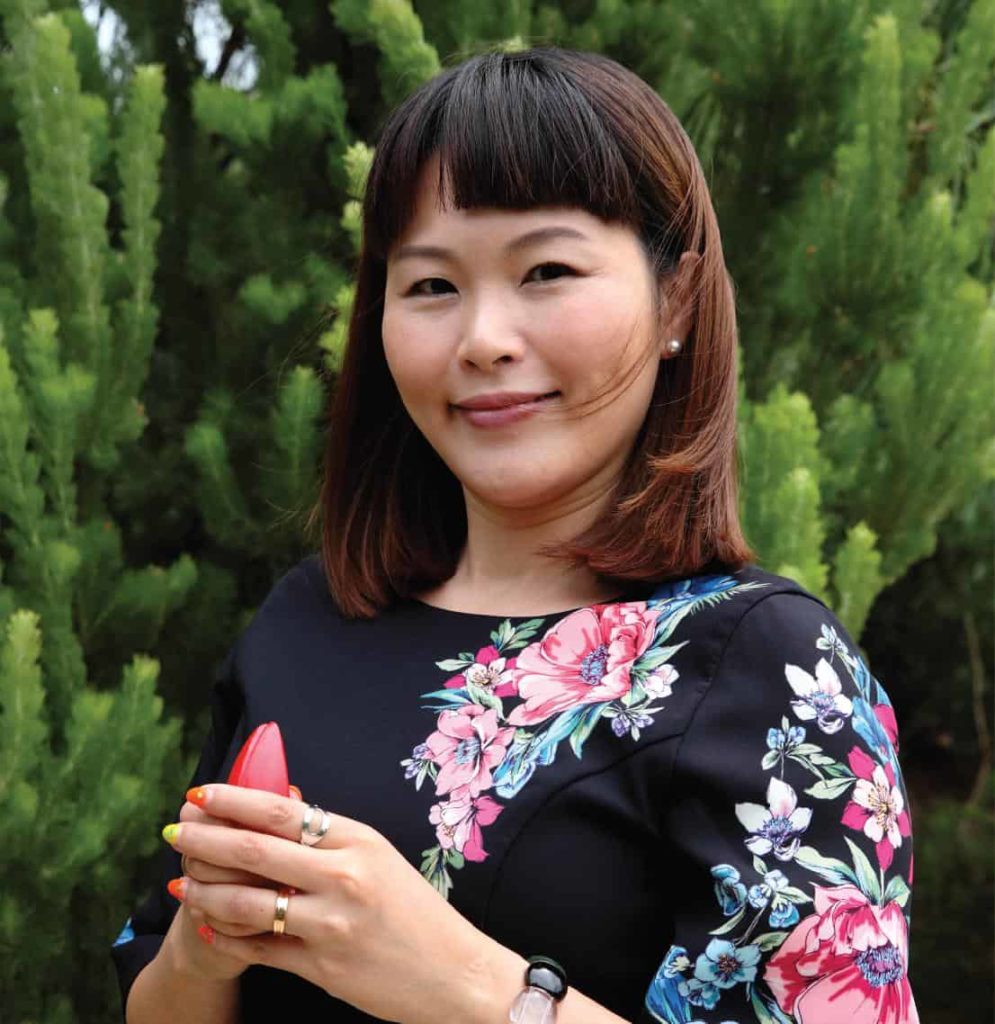 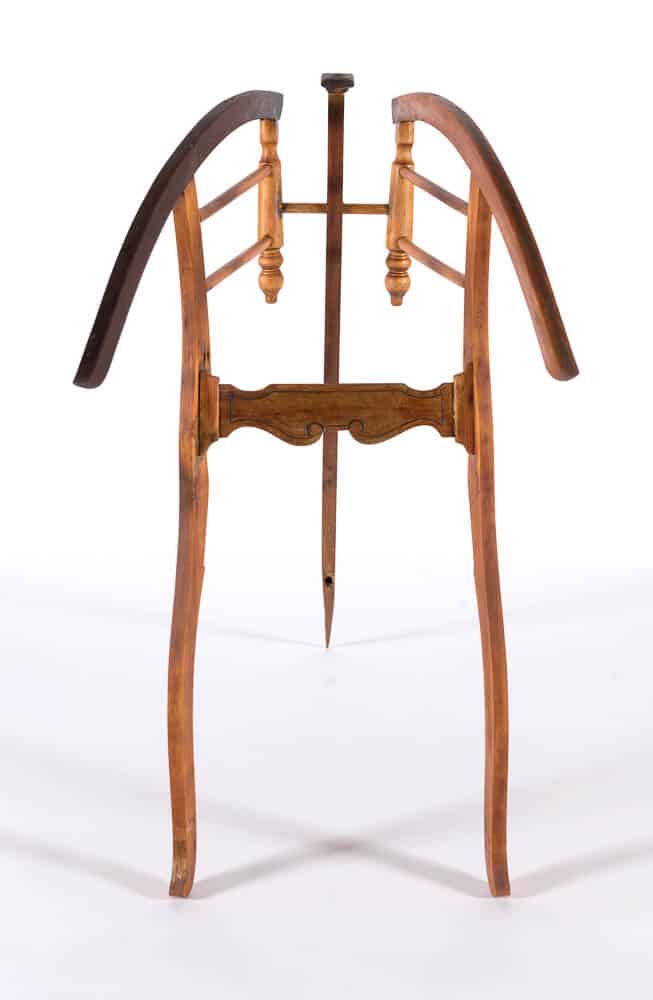 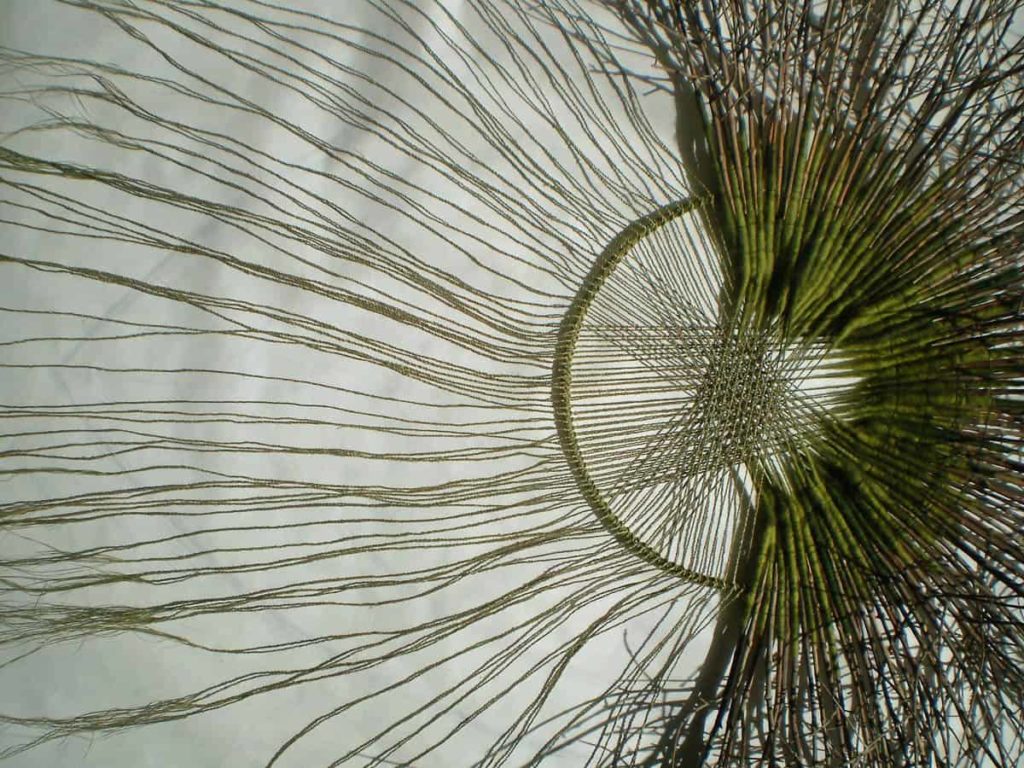 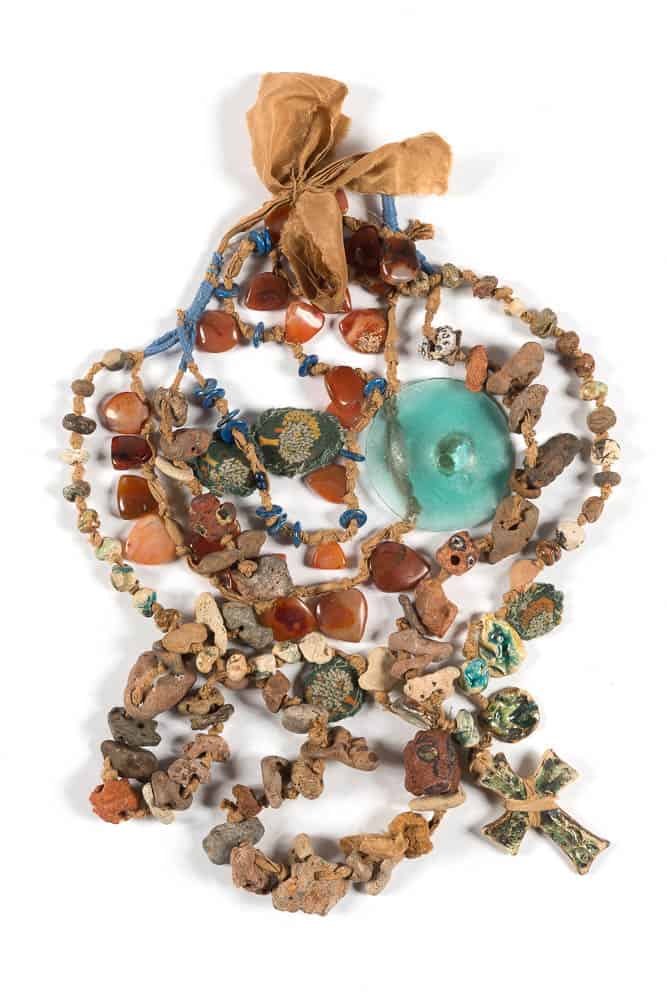 Nalda SearlesNeckpiece Stranded50 cm length + “Multi-strand construction of plant-dyed silk, steel wire, linen thread and beads. Cast on the earth, it is a clutter of clattering objects. Draped gracefully over the shoulders, it becomes a vine of grafted beauty.” 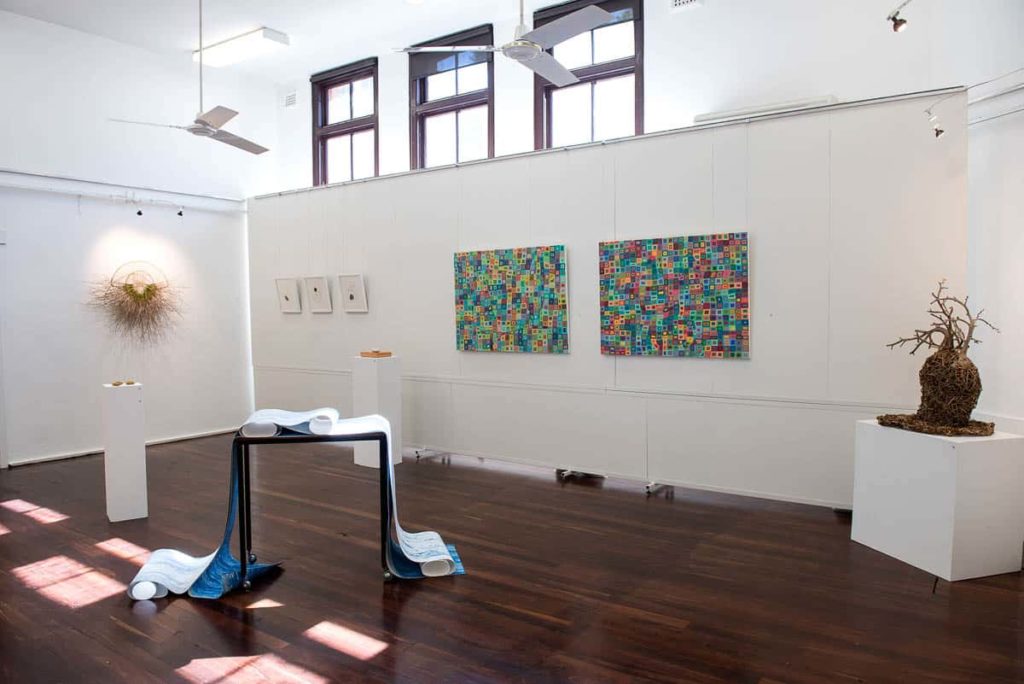 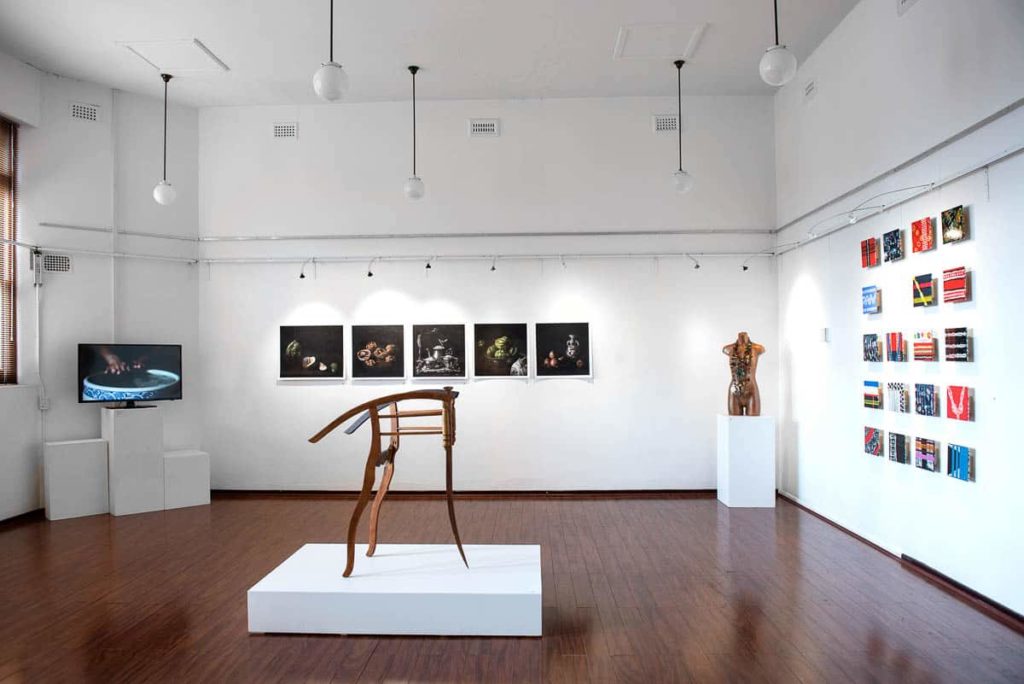 Antipodean Encounters: Western Australian Artists and Taiwanese Culture is an innovative exhibition curated by Ashley Yihsin Chang. Personal objects were used as a catalyst for conversation between 20 local artists and members of the Perth Taiwanese community who have immigrated to Western Australia.

The Poe Divination is one example of an object that has helped carry Taiwanese culture to the other side of the world.

The crescent-shaped Jiaobei, or “moon blocks” are common divination objects in Taiwanese folk religion. Divination has long been an important tool to seek guidance from the gods when we are faced with difficult decisions. Typically made from wood, the two Jiaobei blocks are shaped like a crescent moon and represent the properties of Yin and Yang. Yin is suggested by the convex side and Yang by the flat side of the blocks. When adopting a praying position, the Jiaobei is held in both hands and you reveal your name, date of birth, age and address to the god, followed by your question. Once the question has been asked, the Jiaobei should be tossed from the level of the shoulders onto the ground. The god will reveal his answers by the way the Jiaobei has landed. If the Jiaobei lands with a Yin and Yang combination, it is called sheng jiao which means that he agrees and that you should follow that path. If the Jiaobei lands with a Yang Yang combination, it is called xiao jiao which means that he is unclear about your question. This is a negative result and one needs to throw the Jiaobei again after the question is rephrased. If the Jiaobei lands with a Yin Yin combination, it is called yin jiao which means he disagrees with you and that you should not follow that path. I have a close connection with the Jiaobei as my parents and their parents have passed on these tools to help me make decisions. I used the Jiaobei to help me make the decision to migrate to Australia. When I cast them, the sheng jiao combination meant the gods gave me a positive answer to make this move.

And here’s Perdita Phillips reflection on making the photograph:

I loved the dramatic colours of Fang Yi’s dress and how it complemented the red of the Jiaobei. We decided to take our photos against a background of a park next to where Fang Yi lives that had been rehabilitated with local plant species. In the park we looked at the giant golden orb weaver (spider) webs and listened to a Rufous Whistler (bird). It is interesting for me to think about the role of the gods in determining one’s future. With the advantage of the Internet, I can see how the Jiaobei get worn with repeated use in the temples and that some of the ancient ones were carved with sacred marks. There are so many things that are inexplicable and that lie at the fringes of knowledge. Yet we tread a path trying to make sense of what surrounds us. Fang Yi has been on a bold journey from her home in Miaoli County to end up in Perth. I am grateful to have heard about some of her travels and to learn about how the Poe divination is a tradition that has been passed down through her family.