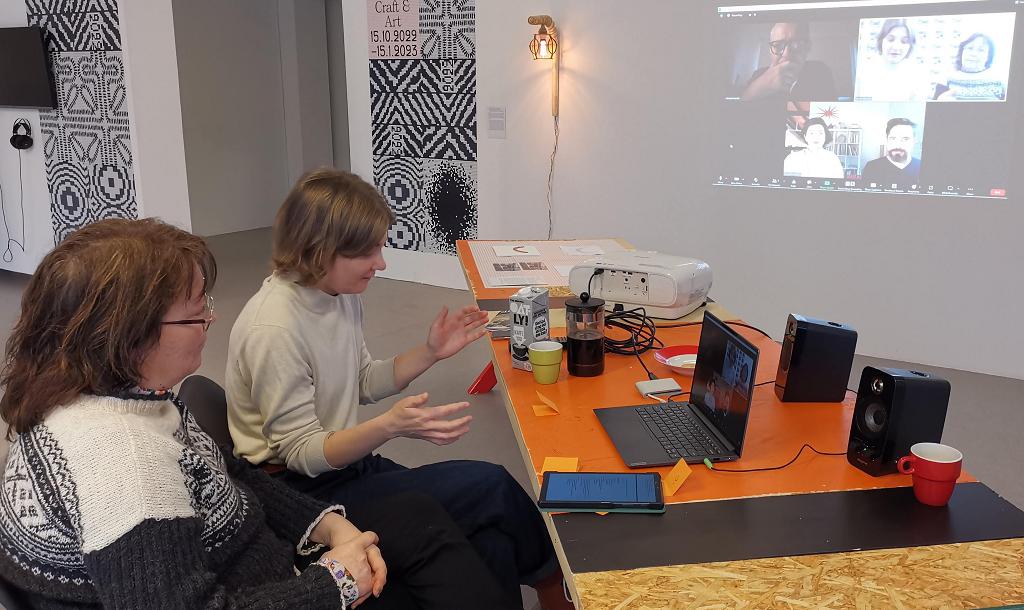 The Luleå Biennial is a deliberately grounded festival. Many of the artists and projects connect with local histories, such as the weaving boards collected over decades by Doris Wiklund. Exposing this work to the public raises questions about its ownership, especially in the Norrbotten region.

Norrbotten occupies an area in northern Sweden next to the Finnish border and includes part of Sápmi (Lapland), the land of the Sami peoples. In the past, many metropolitans have travelled to Norrbotten to collect knowledge. In the early nineteenth century, Carl Linnaeus travelled through the region to develop his taxonomic system for plants. His journal Lachesis lapponica, or a tour in Lapland (1811) is a meticulous record not only of the region’s plant life but also the culture and crafts of the “Lapps” as the Sami were then called. Linnaeus approached the people of the north in the same way he engaged with its fauna and flora: as passive objects of scientific extraction.

This took a more violent form late with the survey of Sámi in the nineteenth and twentieth centuries that involved skull measurements. The film Sami Blood evokes the trauma and humiliation suffered during the scientific process.

This seemed then an appropriate context for developing a more reciprocal exchange, reflecting a circular knowledge where information is gathered in a way that promotes the conditions that allow cultures to flourish.

So as one of the activities of the Learning Room in the Luleå Biennial, we staged a pilot knowledge exchange with four holders of craft knowledge:

The initial process was to allow pairs to barter knowledge. Each keeper provided a menu of five items of craft knowledge. When selecting an item from their partner, the partner could help request one as “payment”.

The knowledge keepers were:

From the initial exchange, the following initial principles were proposed:

Rights of the knowledge keeper

Before knowledge is offered, there should be an opportunity to state conditions. These can include:

Responsibilities of the knowledge keeper

While respecting the keeper’s rights, there is also a responsibility to spread the knowledge. This could be in the spirit of a gift economy, where the generosity of the source is carried on by its current bearer. There is also the desire for a particular craft technique that it can flourish through widespread and diverse practice.

To develop this further, it is proposed to have future events involving knowledge exchange.

Every person has so much knowledge to share, they just lack the opportunity to present it.

We have so much to learn from each other. But hierarchies of specialisation can inhibit open exchange.

The elements could include:

It is proposed to try out this model using the Garland platform in February 2023.