One Island One Product? 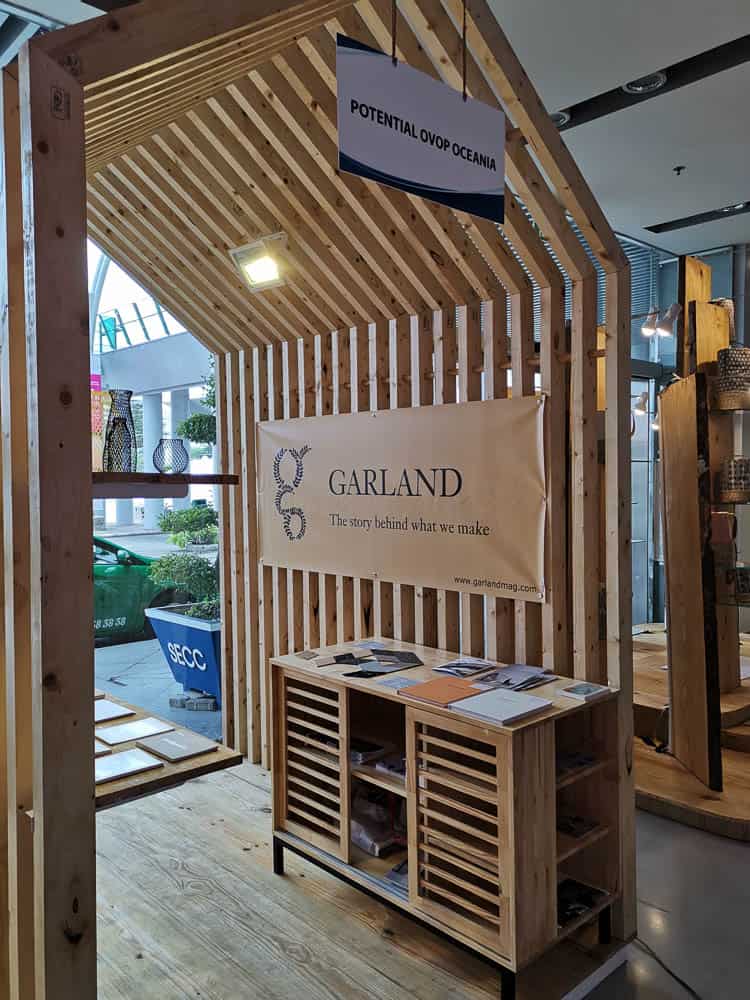 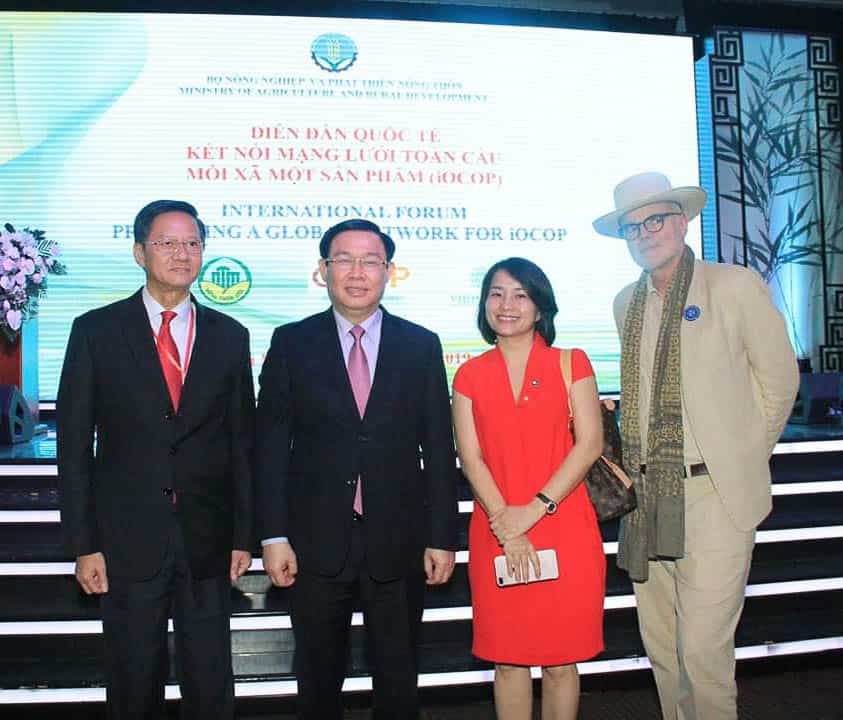 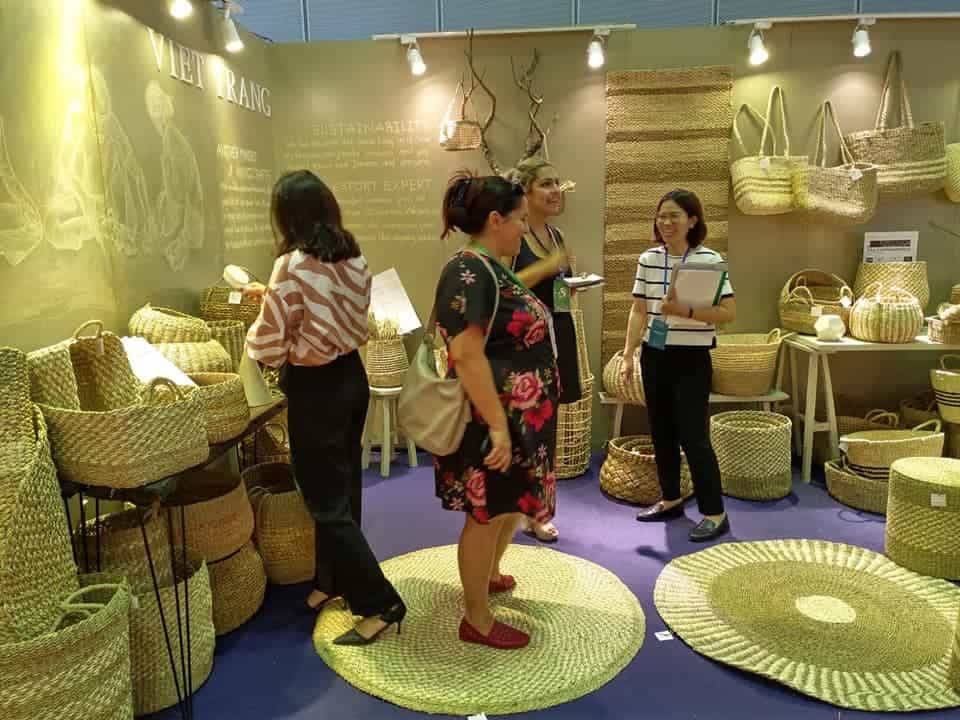 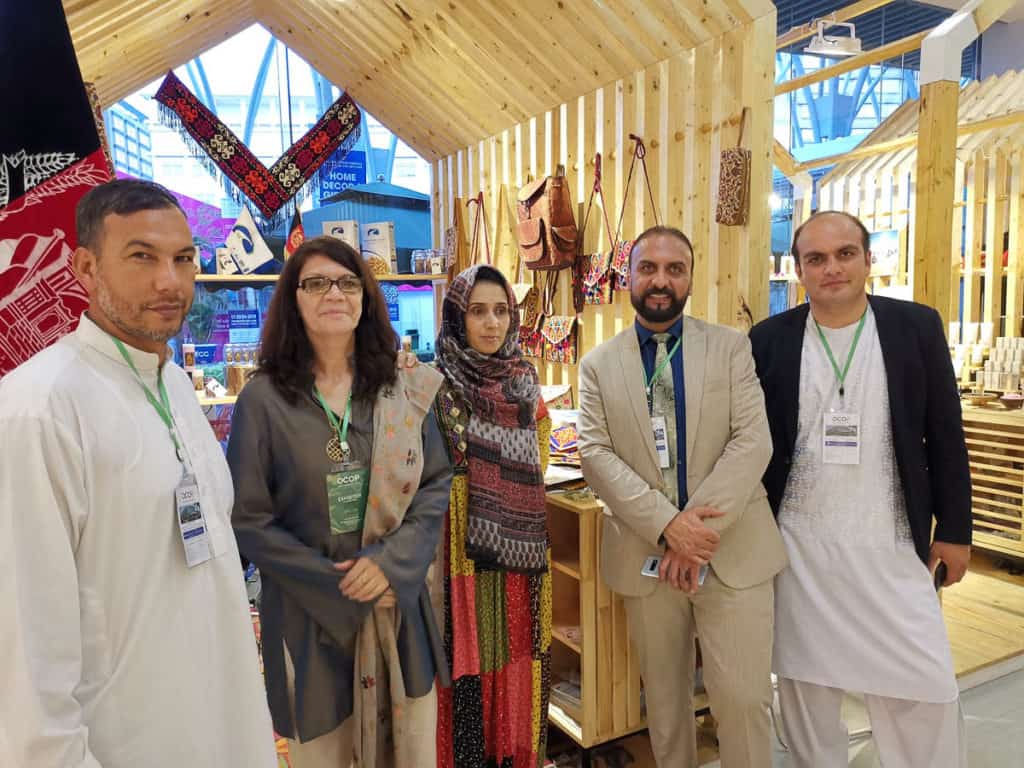 Afghan representatives of Our Village Our Pride 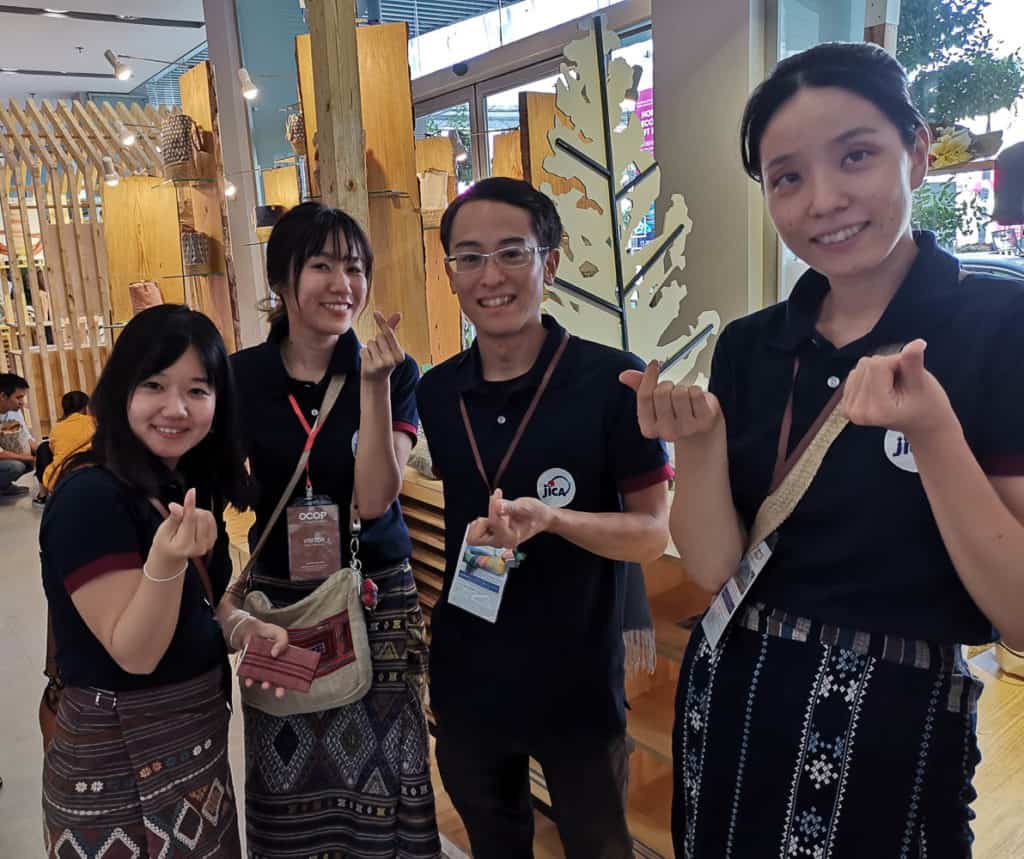 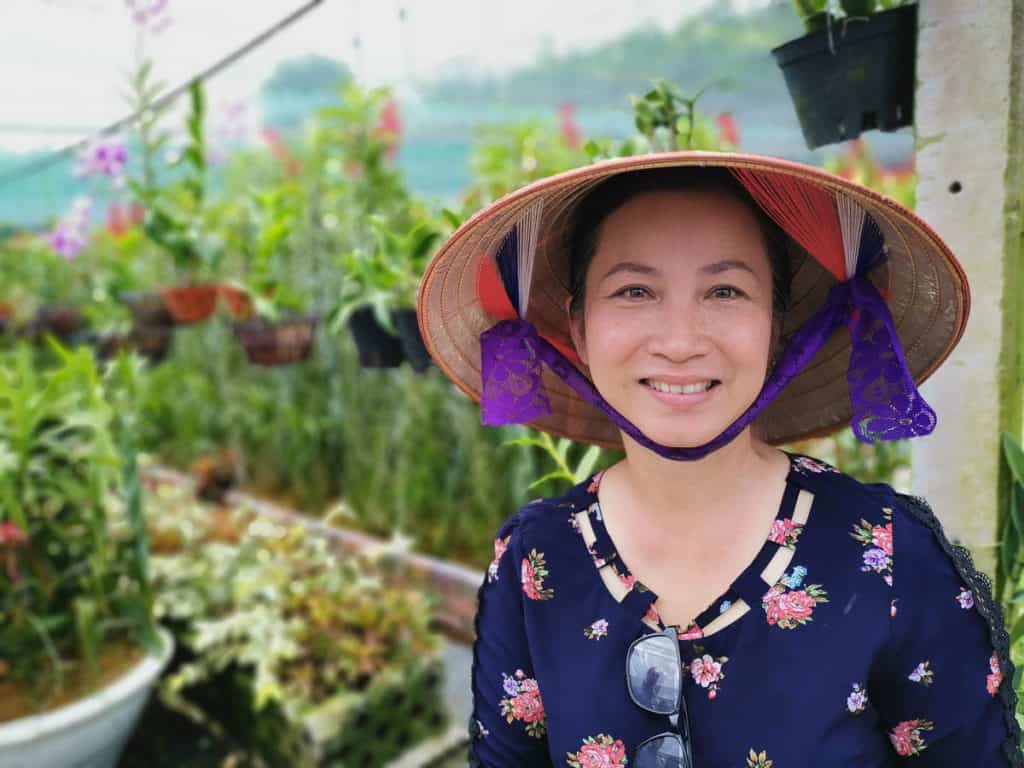 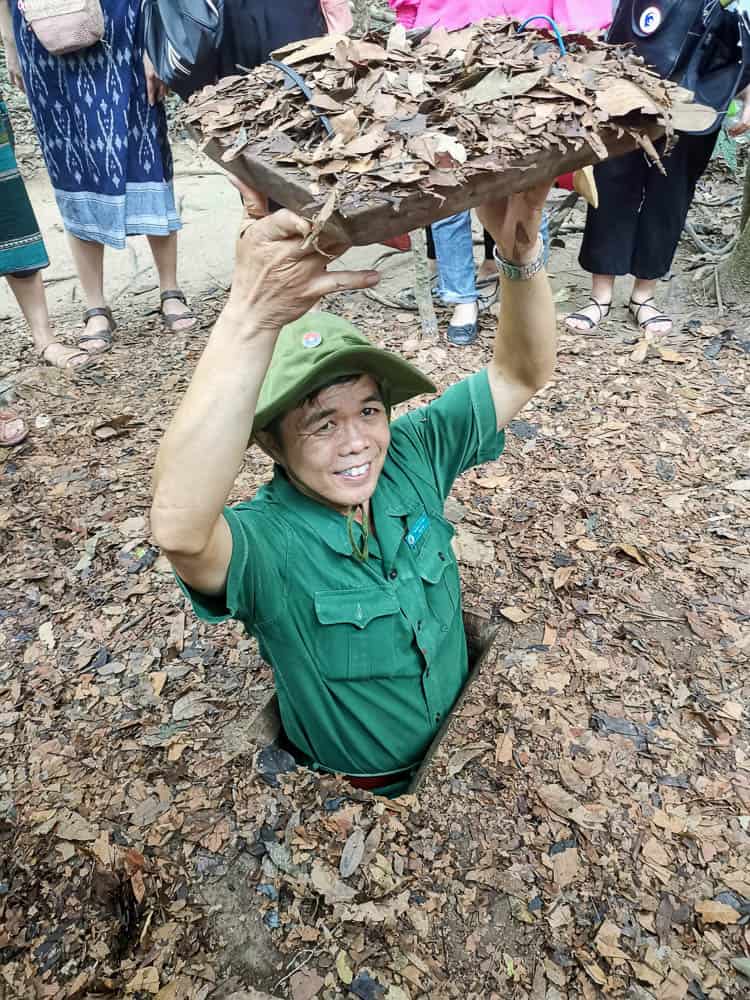 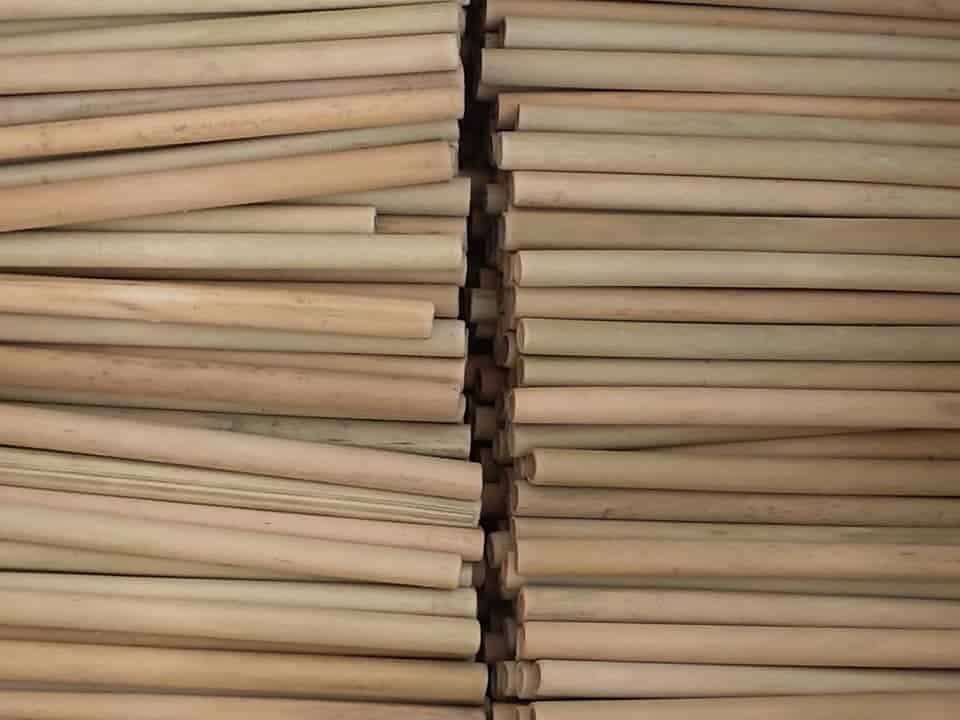 Garland was recently invited to a forum in Ho Chi Minh City organised by Vietcraft about the One Village One Product movement. It has great potential to enhance our resilience and sustainability. Let’s examine how.

One Village One Product began in the Oita Prefecture, Japan, in 1979. It was initiated by Governor Hiramatsu to rejuvenate the region’s villages by encouraging specialisation of handmade products. Its success has been emulated by many other countries, including China, Thailand, Laos, Senegal and Afghanistan.

Given the diversity of OVOP programs, it is important to identify values that are relevant to broad interests.

As a program, OVOP promotes diversity of production, based in local rural communities. While there are many efficiencies in a large urban metropolis, the result is often a global homogeneity of lifestyle. The loss of diversity entails a reduction of resilience. Communities are more vulnerable to catastrophic failure. What would happen today, for instance, if the Internet failed? It would bring chaos to the delicately integrated systems that sustain life in cities.

Employment in cities is relatively dependent on global capital, which can move around relatively freely depending on market and labour. By contrast, the village offers a more stable livelihood that is built over many generations.

In the context of climate change, the urban experience is more detached from the elements. Those living in apartments particularly have airconditioning and shopping malls that are protected from extremes of weather. While this enables individuals to cope with increased temperatures and inclement climate, it makes it easier to ignore the problem. Those living in rural areas can keep us better informed of what is happening on the planet.

Through OVOP, communities are encouraged to specialise their production by focusing on a particular product. This enables a web of exchange that binds different communities together in trade.

The principles of OVOP are also conducive to solidarity, where local enterprises can inspire each other to look confidently to their local skills and materials. In situations where one community is affected by a disaster, such as flooding, there is potential to offer support through the OVOP network.

A number of programs complement the aims of OVOP. These offer potential linkages:

As the movement develops, there is potential to establish formal connections to these systems.

OVOP is yet to extend to the South Pacific region. One particular challenge is the great distances that separate its islands by water. To follow this model, it is possible to envisage a program specific to this dispersed ocean continent.

Individual islands would be invited to nominate a local product for this program. In the case of larger islands, such as Fiji and Papua New Guinea, this would revert to the village as a unit.

Already, the nation of the Marshall Islands has a “One Island One Product” project that relates only to the islands in its atoll.

For this to succeed, it would require partnership with a body that is already active in this area. One possible organisation is Pacific Trade Invest, an Australian government initiative to support economic development in the South Pacific. They have assisted Real Social Impact to develop a range of quality craft products in Papua New Guinea.

A pilot study is recommended to explore the potential for OVOP in the South Pacific.

Australia and New Zealand – One Town One Product

At the moment, there are no Western nations involved in the OVOP network. The nations of Australia and New Zealand would need an alternative designation, as the village unit is not as prevalent.

A program of One Town One Product may better suit the demographics of Australasia. This would reflect the many craftspersons who seek a lifestyle beyond the city. Towns offer a more supportive community, reduced living costs and greater access to natural materials. The growing number of farmers markets also offers an appropriate place to sell work.

But not to exclude the majority of the population in Australasia, the unit of town could extend to the local councils within the cities.

World Crafts Council – Australia has developed an Australian Craft Map that features the many craft associations across the continent. OTOP could be an overlay which includes information about the unique craft products that could be found in particular locations. This would be utilised for tourism particularly. The development of an app for OVOP could then provide a structure for Australia.

It is common for Australian towns to have exchange with a village in Asia. This arises from contact that Australians have made through travel and volunteer work. OVOP may provide support for this formal system.

Why would a Western nation become involved in OVOP?

OVOP appears to be a developmental program that suits nations that are still heavily reliant on agricultural production at a village level.

But there are changing sensibilities in the West. The growth of local markets inspired by environmental values and slow living offers a basis for OVOP in the West. This is also reflected in the popularity of “glocalism” such as food outlets that are restricted to local produce.

Many Western nations are also involved in development projects. OVOP offers a tangible and distributed platform for building skills and networks. It privileges information exchange about best practice and market access.

Given the increasing emphasis on Pacific aid in Australia, OVOP would offer a useful means for these relatively wealthy economies to play a positive role in the region.

What is the role of art?

The craft organisations in Australia and the West are focused on studio practice where the value of objects is related to individual creativity. In this case, the context for work is not local, but rather the international discipline they represent.

There has always been a relationship between artistic and folk craft, to varying degrees. Artistic craft provides a space for experimentation and the development of works of a scale and ambition beyond the capacity of an ordinary consumer to support. As with elite athletics, this helps the field develop.

How is OVOP regulated?

It is up to individual countries to implement their own standards, as long as they follow the OVOP principles.

A certification process like Fair Trade can be quite expensive and time-consuming, especially for smaller enterprises. An alternative would be a shared commitment to transparency, where products would be admitted that provide agreed information, including numbers of workers, source of materials, etc. This information would then be made public and potential use for sourcing. Any feedback that disputed the information would be facilitated. This is the system in place for the Code of Practice for Craft-Design Partnerships.

We look forward to continuing engagement with OVOP. It offers a potentially useful linkage for our creative producers to build on the stories they share on the Garland platform.

One Village One Product | Vietnam | village