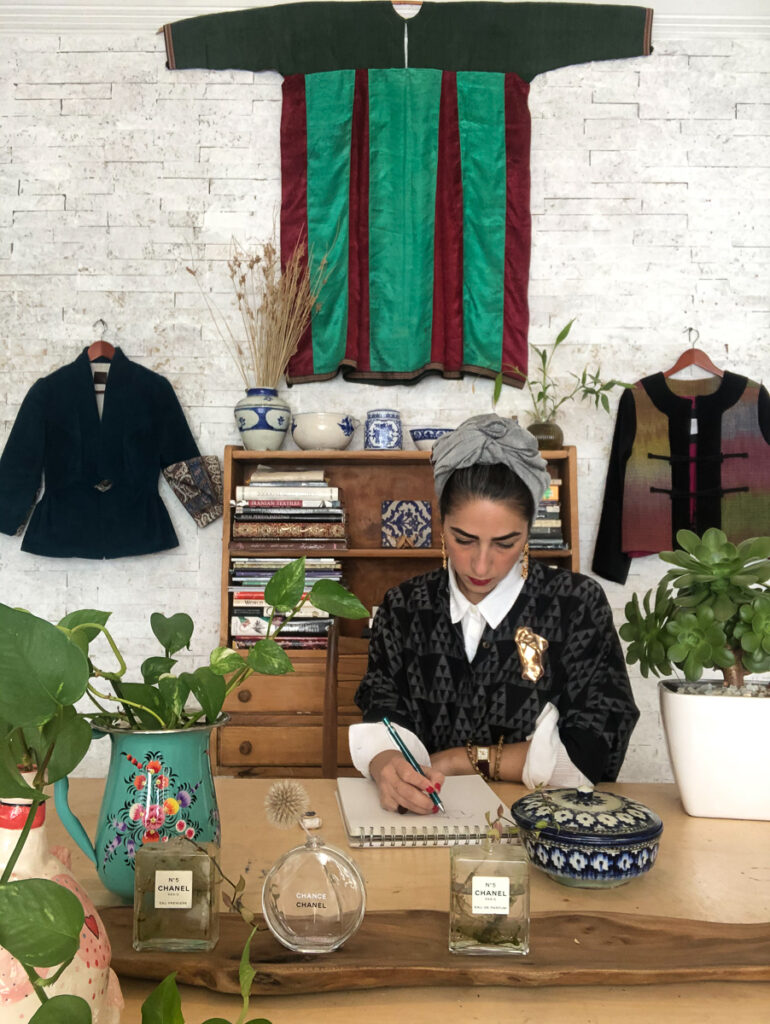 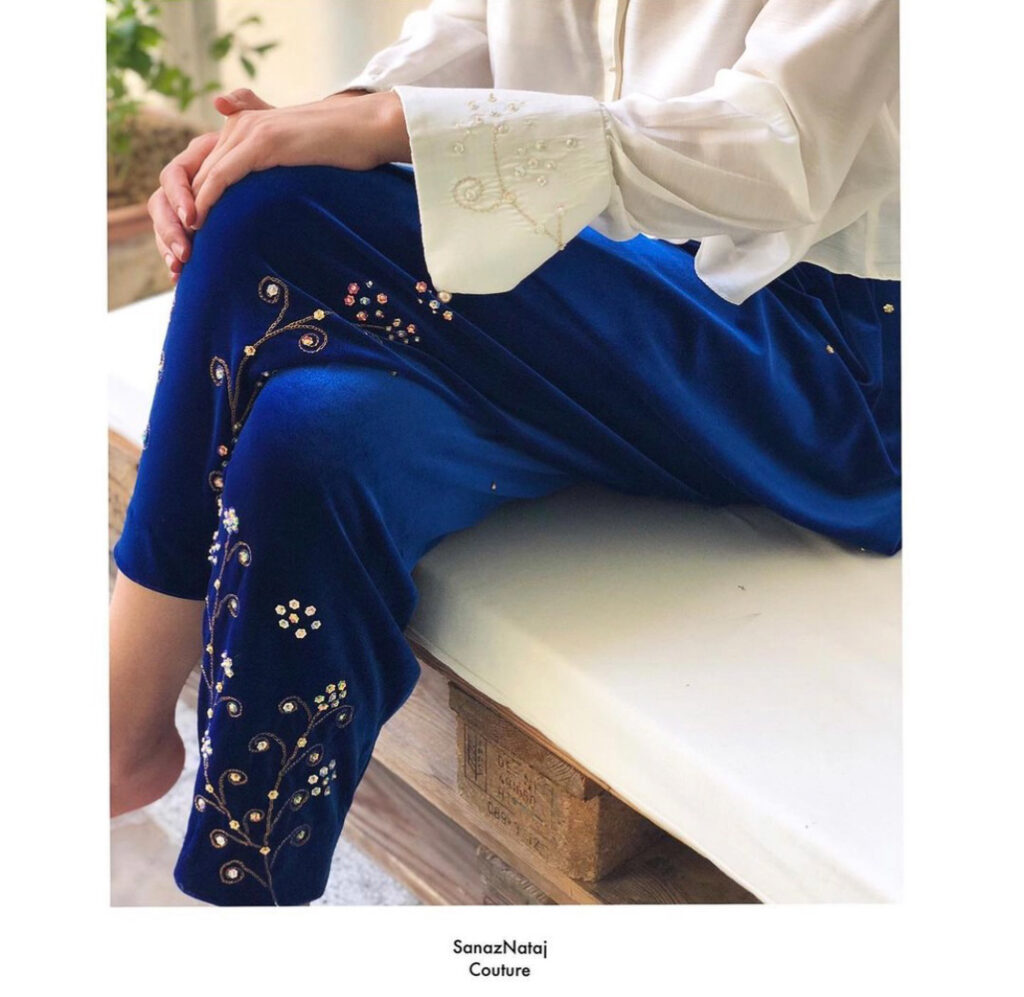 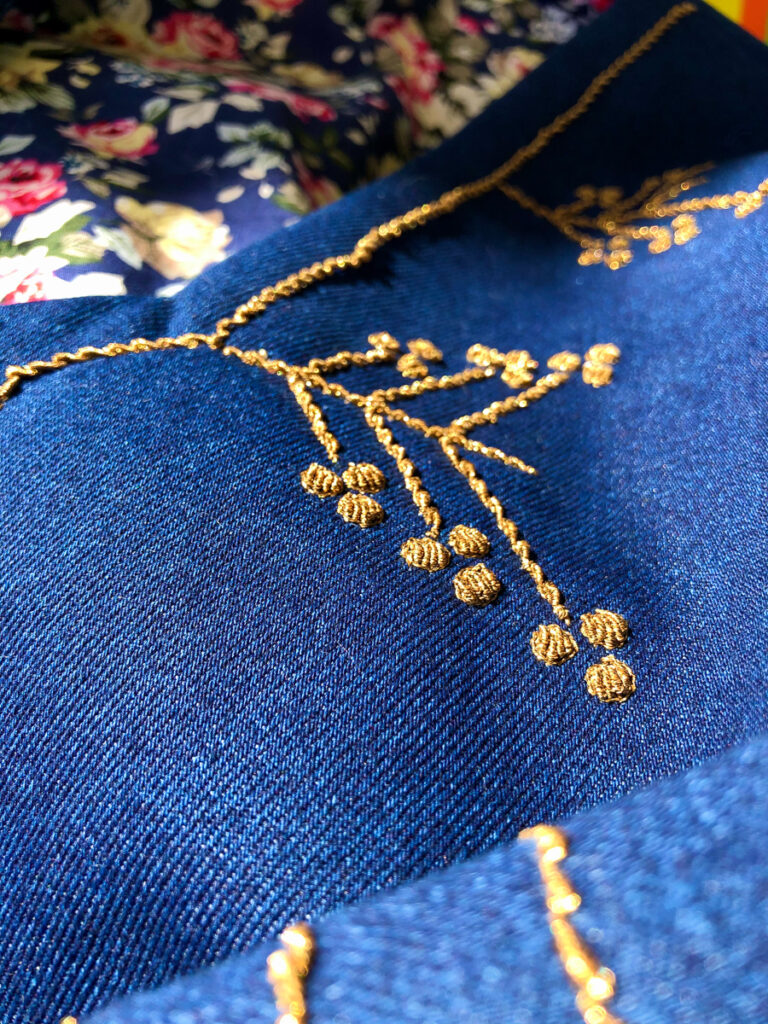 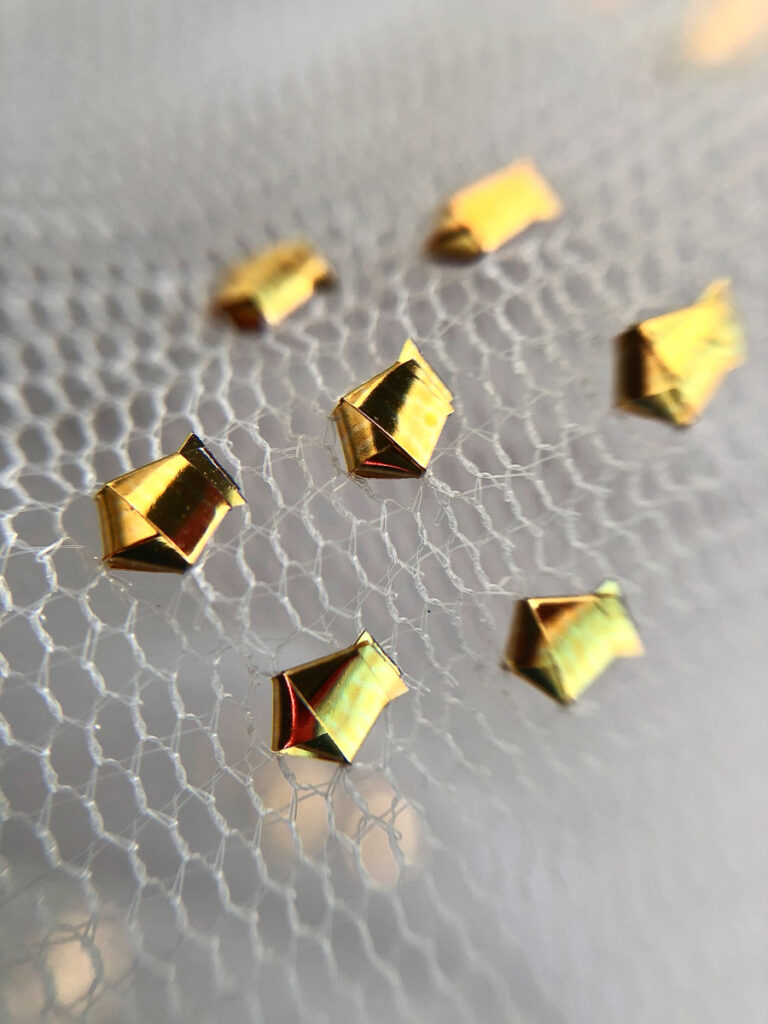 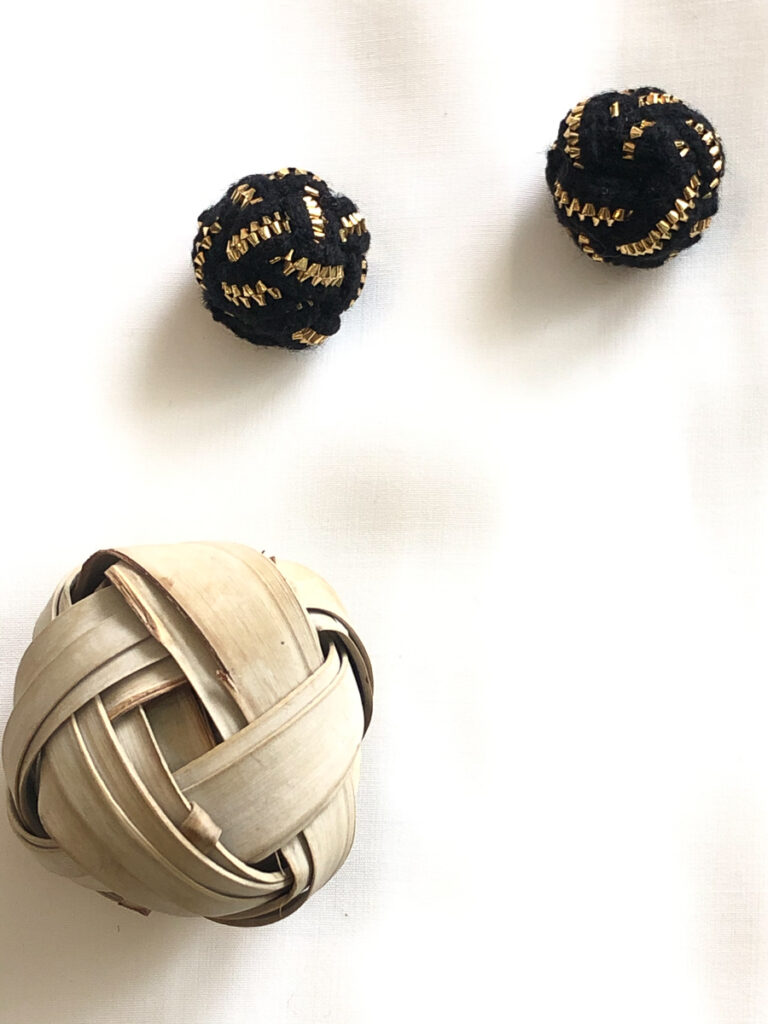 The story of the south begins with their golden golabatoun and khous douzi that shimmer like pure gold under the umbrella of the blue southern sky.

Sanaz Nataj is a self-taught designer based in Tehran who works with village craftspersons to produce couture. In 2010, she travelled to the ancient island of Qeshm on the Strait of Hormuz. There she was introduced to the intricate and original art of golabatoun embroidery that the women designed on their coastal trousers and also their jelbeel (the shawls that are made with net, knotted with the thin tapes called khous). With variation in the pattern and design and replacing the bold wires with the fine golabatoun thread, she created a different tradition to what was known, which are now adorning the garments.

The khous wires on the net of the jelbeel are artistically knotted by hand. The tapes of shak and zari (gold weaving) on the loom are woven with several reels of cotton fibres and khous tapes by the skilled man. With the leaf of the palm from Saravan Balochistan cane, he interlaces globules that are now adorned as buttons and tassels on the garments of Sanaz Nataj.

In search of this innovation and serious continuous work, Sanaz Nataj in 2018 received recognition in handicrafts from the Ministry of Culture. The reason for receiving this recognition was the continuation in the progress of skill, creativity and innovation in the application of the embellishments of the island of Qeshm like the Golabatoun embroidery and gold weaving.  After this, in the year 2019, she received the stamp of originality from the regional office of Unesco. 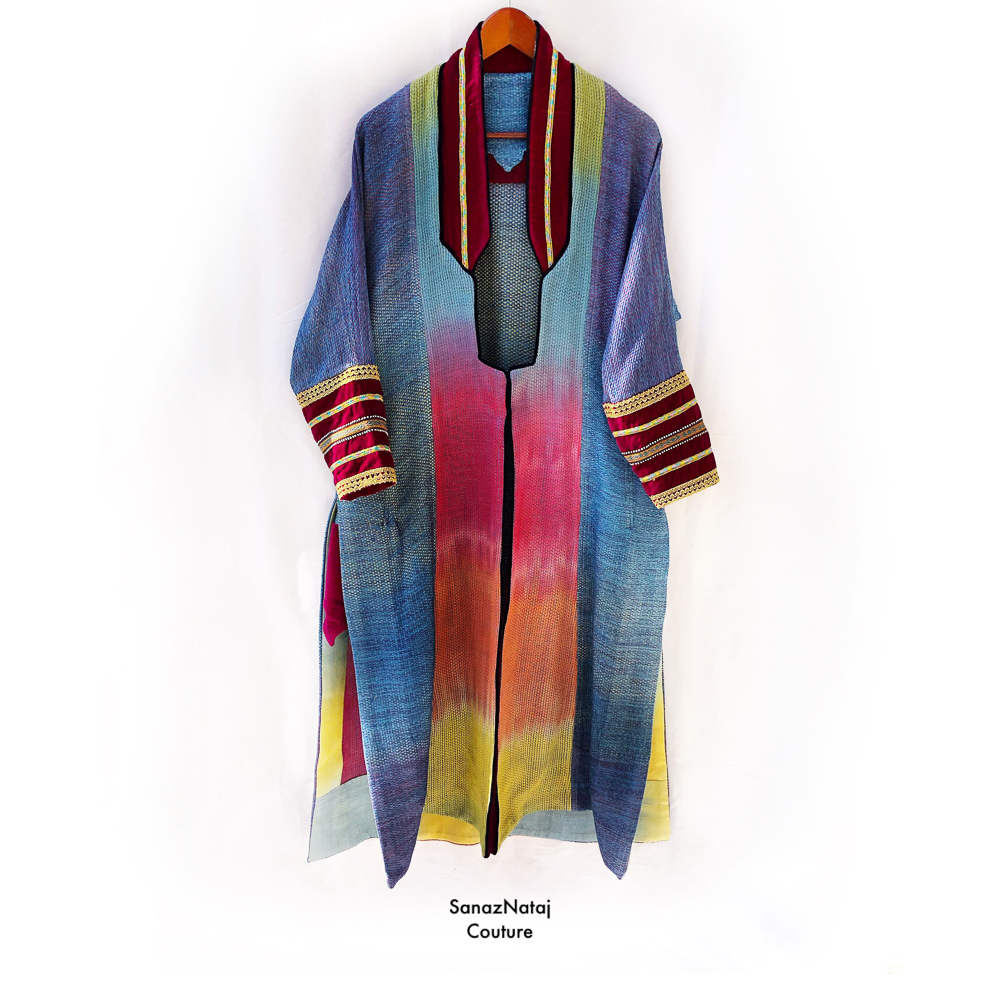 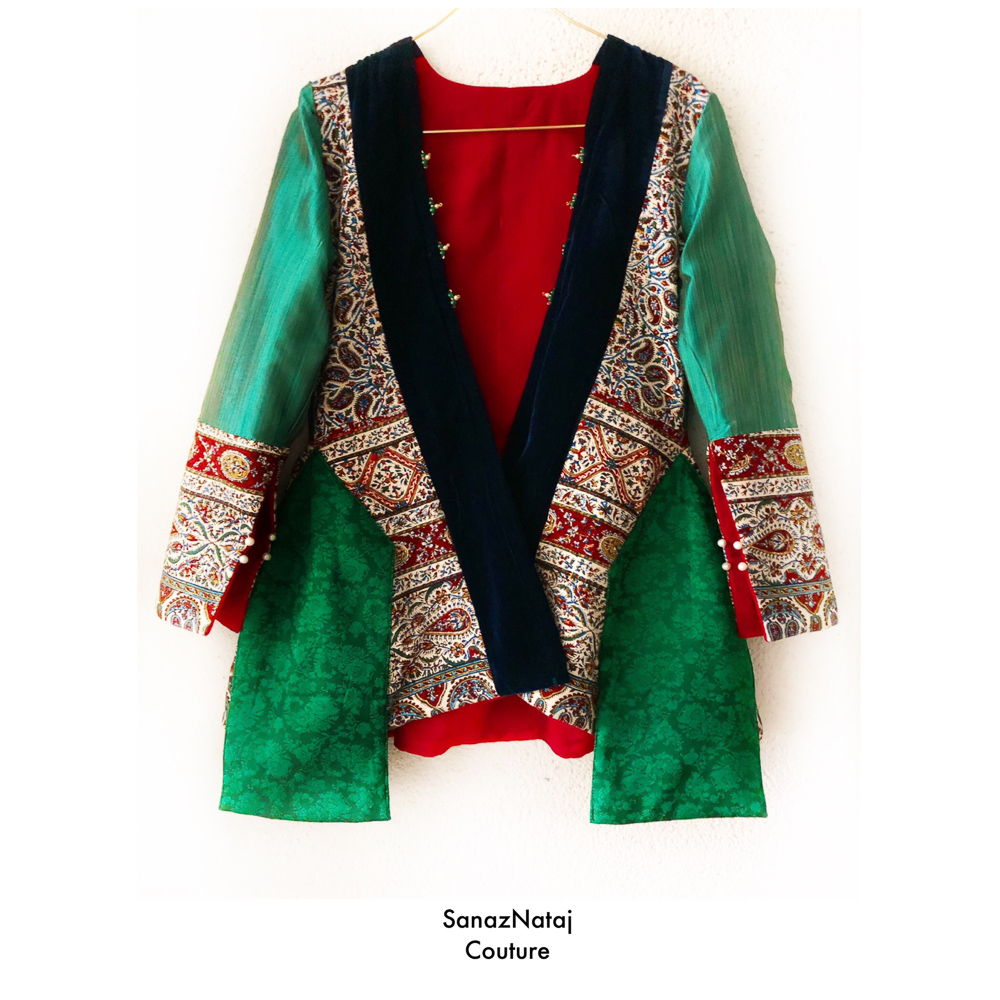 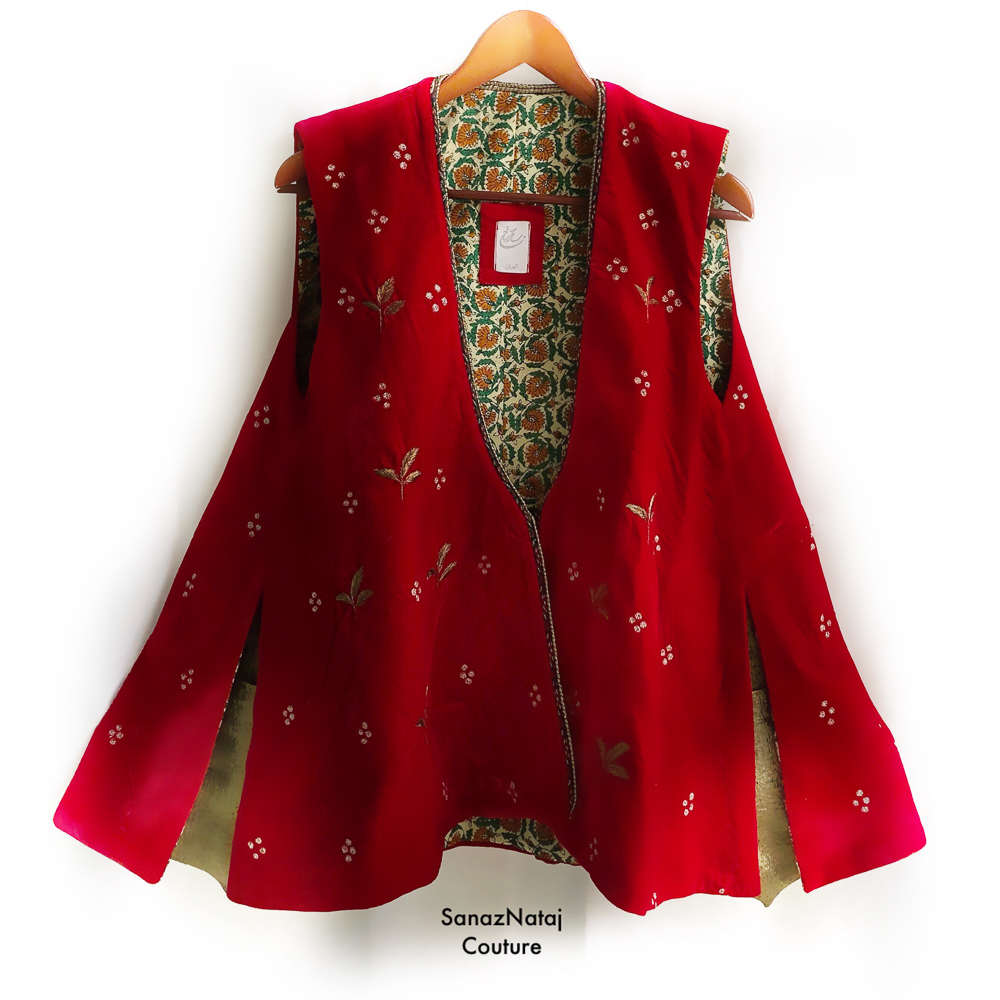 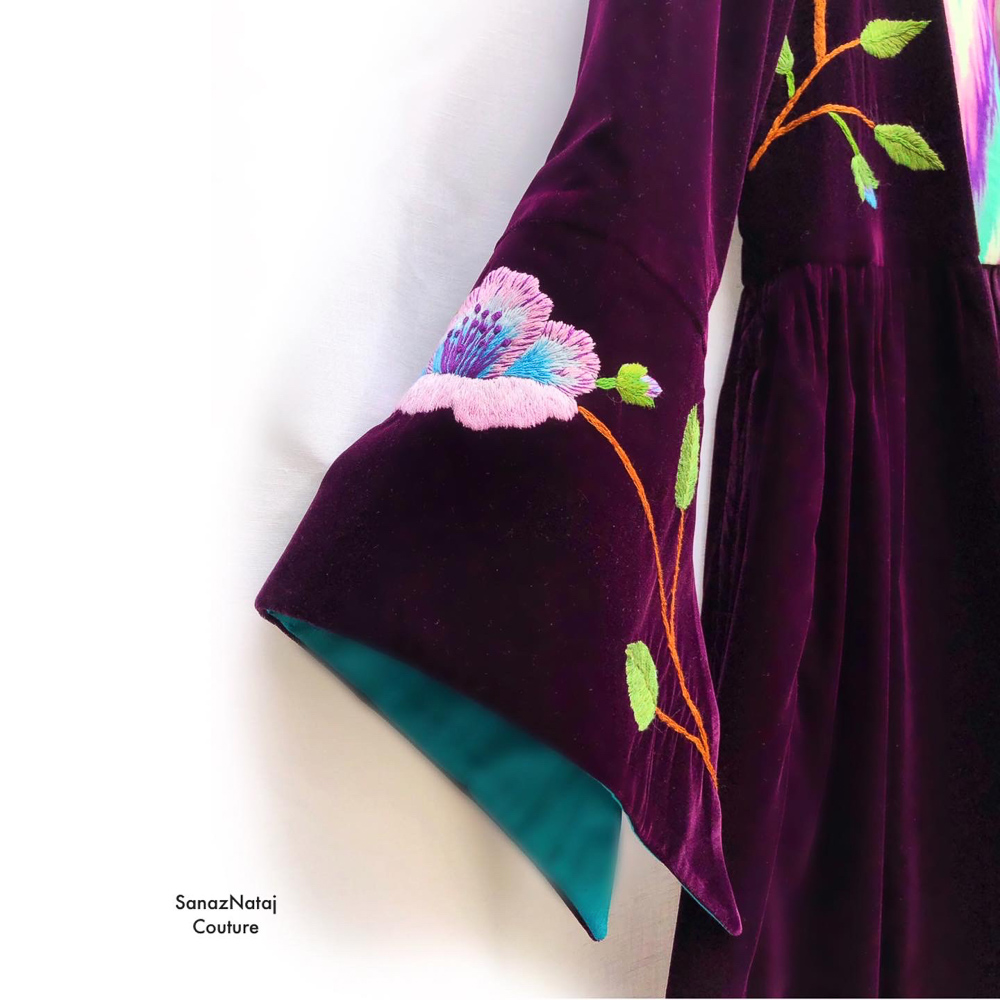 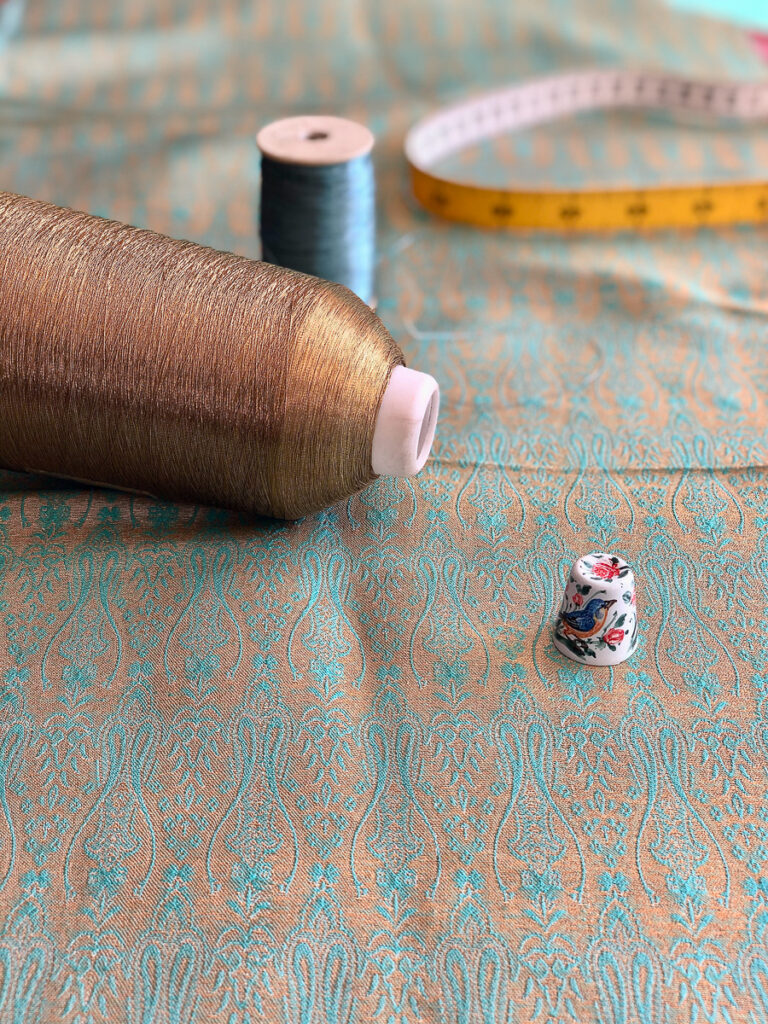 In another part of Iran, a skilled woman from the village of Khorashad in Southern Khorasan was busy weaving a handwoven towel with natural fibres.

Historically in Khorasan, textiles by name of barak were woven from camel hair wool. These fabrics as mentioned in the travelogue of Jakob Eduard Polak were everyday winter wear for the people of Khorasan (Jakob Eduard Polak 1818-1891). Sanaz Nataj witnessed the magnificent weave of the handwoven towels in the Village of Khorashad and decided to contact a weaver in Khorashad.

Every one of us can be a mobile museum.

Finally, after a few months of persistence from Sanaz, the weaver decided to send her samples. When Sanaz received the sample, she yelled with joy because it was exactly what she has wanted. The weaver told Sanaz that her persistence and search gave him the inspiration to reinvent the weave of these fabrics again. And this same motivation and countless weaves became the reason for the handmade fabrics from the villages to have revived after the passing of 80 years and the fabrics were registered in 2015 in the Ministry of Culture in Birjand.

In Tehran, Sanaz has hosted several exhibitions with Khorashadi fabrics and the patterns that were inspired by Iranian themes where everyone got a glimpse of these rare fabrics that were once extremely popular and so Sanaz Nataj was again appreciated and highlighted by the Ministry of Culture in Tehran at an event. Today, It is these explorations that enabled the people of the Khorashad village and surrounding villages to now use traditional fabrics for themselves and the number of traditional fabric workshops is increasing every day.

Fast fluctuating situations have an unfortunate outcome, but in the tailor workshop of Sanaz Nataj, there is no such rush. The rapidity that today is the cause of production excess in clothing and along with it the culture of consumerism amongst the individuals in society are taking for granted the rights of individuals that play a big role in the completion of a product.

Retaining the identity of people, endurance, patience and discipline are the roots of her foundations. In the way of this thought and lifestyle, Sanaz Nataj in 2021 was discovered and appreciated by the Cultural and Heritage Association for her respect and consideration of the rights of ownership of the producers and artisans.

Sanaz Nataj believes that with a focus on clothing, every individual is instrumental in communicating cross-cultural differences. Every one of us can be a mobile museum.

The next Taj Mahal?
Recent calligraphic art by Reza Safavi and Zahra Tondkar
Issey Miyake: Pleating craft and technology together
Manuela López-Mateos ✿ Como es tu enagua y tu huipil?
What's love got to do with it?
Oh, will felting ever make it into Artforum?
Turkey Red on India Street
Ms Kieu gives French brands a hand in Vietnam