Polina Matveeva ✿ The girl with a kitten (after da Vinci) 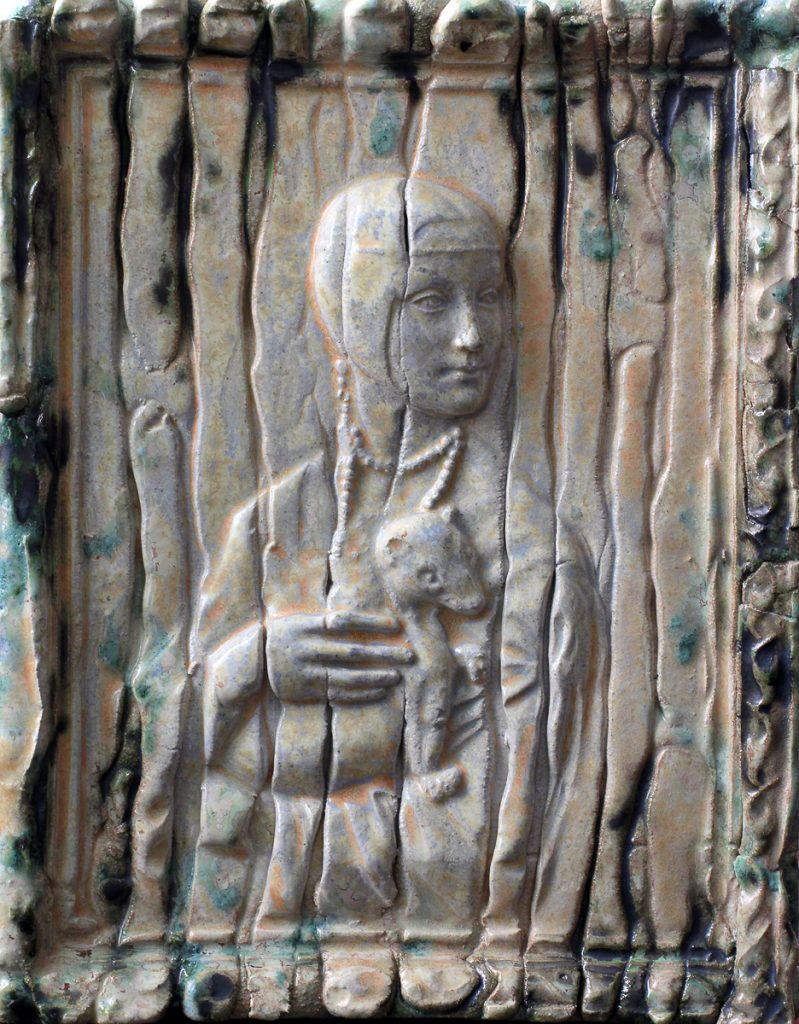 Our October Laurel comes from the town of Gzhel, about an hour’s drive from Moscow. Polina Matveeva’s work transforms an iconic Renaissance painting into contemporary ceramics.

The story of Polina Matveeva is one of great determination. Her ceramics build on an industrial base that was established during the Soviet Union. This has since been abandoned and left to artists like her who make extraordinary works in the rubble of history.

Polina Matveeva graduated with honours from the Department of Arts and Crafts, the Gzhel Art and Industrial College and was twice awarded a scholarship from Moscow Region’s Governor. She has won many prizes, including the All-Russian Open Contest of Research, Inventive and Creative Students’ Works “National Treasure Of Russia” and XVIII International Exhibition-Competition of Contemporary Art “Russian Art Week”. This year (2019) she was a prize winner at Uzbekistan’s Festival of Handcrafters in the category of “The oldest experienced craftsman” (which seems a little strange on all counts).

Her work is based on Leonardo da Vinci’s Lady with an Ermine (1489) and has been dubbed “The girl with a kitten”. She says it was motivated by a simple curiosity to see what happened when a painting becomes a sculpture. Matveeva likes mix different genres. “I like to look at works of art in a new way, to transform, to modernize,to dazzle a picture and to draw a sculpture,or to add color where it wasn’t.” The work was produced from a plaster mould with chamotte clay. It is fired in the kiln at 1100 C, then copper oxide and other glazes were added.

In fact, I work on two jobs: in the rural house of culture, as a decorator, and the second job in Gzhel as a painter. And for the third, I do creative work for myself, if i had time for that. I do not have my own workshop, I rent a room on the territory of the long-closed plant ,which producted majolica long time ago. There is no heating and only cold water, which also does not always happen. So there are kilns (we brought them ourselves) for firing dishes, and oven stoves for firewood, so as not to freeze. The plant is 80 kilometers from the town where I live. I have a car and I go there once or twice a week, bring water, firewood and materials. The plant is a 4-storey building on which there are only 5 workshops like mine. 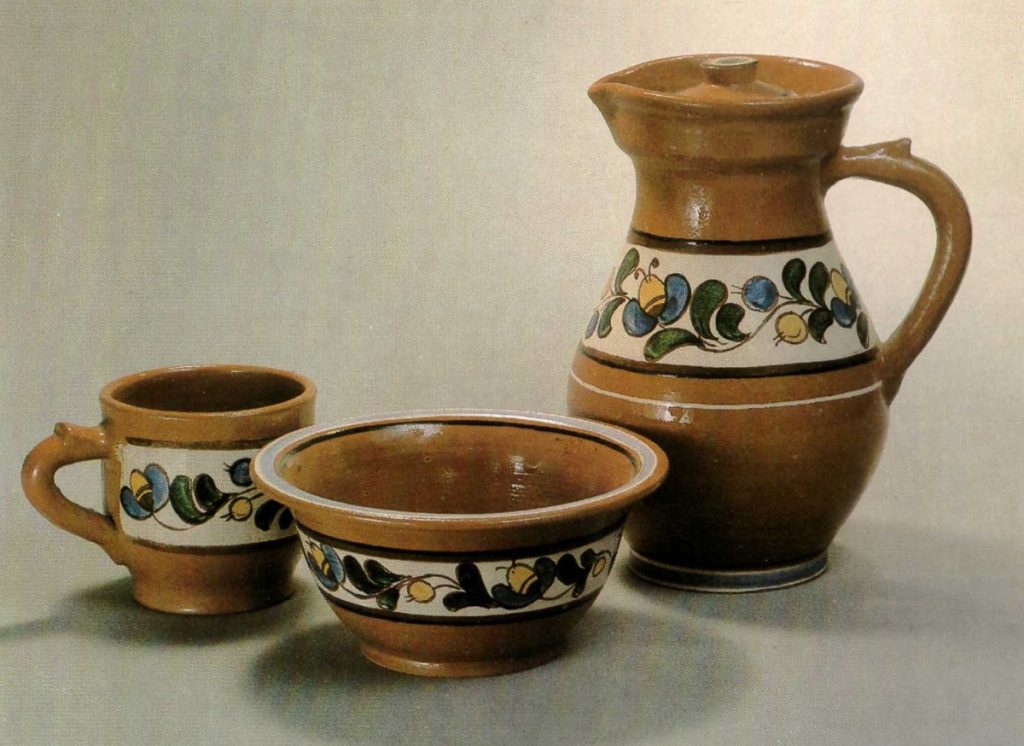 Her studio is in a village called Troshkovo. In 1924, it had a population of 712, but in 1930 the Fenno-Troshkovskaya factory started to produce consumer goods, including pottery and toys.  After the war, the Troshkovskaya plant became an independent enterprise and was called “Gzhel Potter”. In 1956 at the farm “Gzhel Potter”, pottery was produced with engobe, a coloured liquid clay. For a long time, theTroshkovskiy pottery plant for a long time produced flower pots, pitchers, jugs, vases and other, painted with “pears” with wavy and zigzag lines. When creating a new production association “Gzhel”, which included a pottery and porcelain production, the task arose to restore majolica with free brush painting, colorful and tempting.

In addition to mass production at the plant there was a creative group, where artists worked. Association Gzhel was successful for 30 years until early 2000, when it  began a sharp decline. Many factories were closed or simply destroyed.The plant closed around 2010, due to unprofitability, after changing several owners. All the equipment was sold and taken away.

According to Matveeva: “In Gzhel there is an institute that trains specialists in different areas, but young people go to the modern profession of the designer and there is almost no set in the group of applied arts. No one sees the prospects of becoming ceramists or handicrafters.”

Polina Matveeva’s determination to make beautiful and thoughtful ceramics is an inspiration for us all. You can find her on Instagram at @plinchikm.