Song brocade: The lost past and the promising future in Chinese crafts 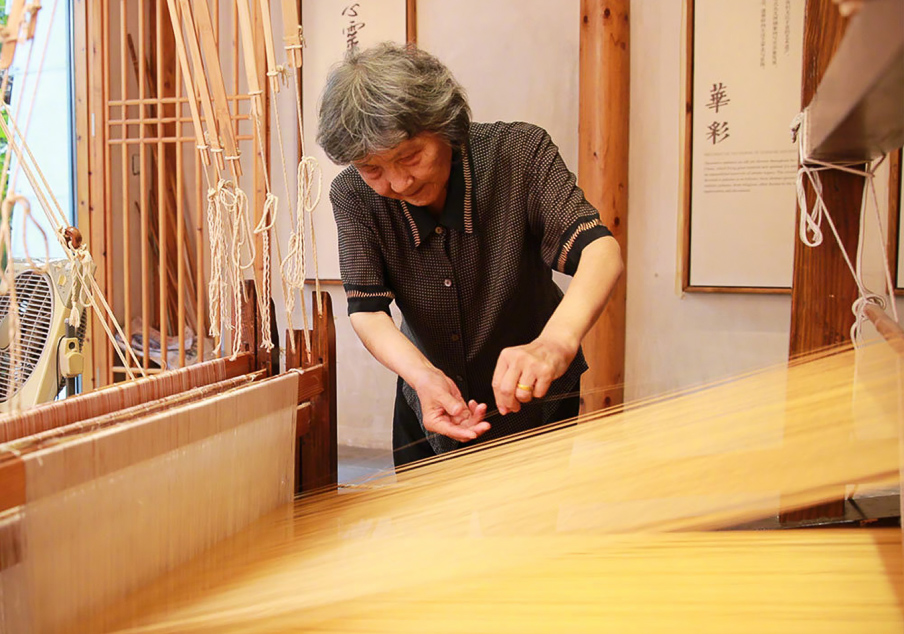 When I was a child, I travelled to one of the cultural centres of ancient China, Suzhou. My mom prepared a splendid costume with distinct national features for me to take photos as a souvenir. However, at that time I did not know the stories behind these ornamental patterns and smooth textiles. But now, during the endless hotel quarantine on my return to China, I opened the CCTV10 Discovery Series, and the story behind the Silk Weaving Song Brocade in the fifth season of Handicraft moved me.

In the documentary, the story of a gorgeous and elegant craft is revealed. Song brocade is one of the traditional Chinese silk handicrafts. Because its centre of production is in Suzhou, it is also called “Suzhou Song Brocade”.

In the story of Song Brocade, Ms Xiaoping Qian must be mentioned. She is the inheritor of the national intangible cultural heritage. Every morning, 78-year-old Ms Qian goes to work in her studio, which is a small two-story building in the backyard of the Suzhou Silk Museum. After retiring, she rents it for the purpose of researching and producing Song Brocade, which was on the verge of being lost.

In the Handicraft documentary, Qian suggests that “Brocade is really one of the noblest and most complicated arts. The skill is also the most exquisite and artistic. Some of Song textiles are single-layer, while brocade has a multi-layer process. Thus brocade is the most complicated and noble in the entire market.” From her determined look, I can feel that Song Brocade has a unique emotional value for her.

Song brocade developed in the Song Dynasty and flourished in the Ming and Qing Dynasties. Together with Shu brocade and Yun brocade, it is one of the three major traditional brocades in China. Among the 14 types of silk fabrics in China, brocade has the most complicated craftsmanship. Generally, it is woven with fine coloured silk threads. The vertical warp threads and the horizontal weft threads are interlaced to form colourful patterns. As a result, the character “锦” (brocade) has gained the meaning of beauty and charm in Chinese. 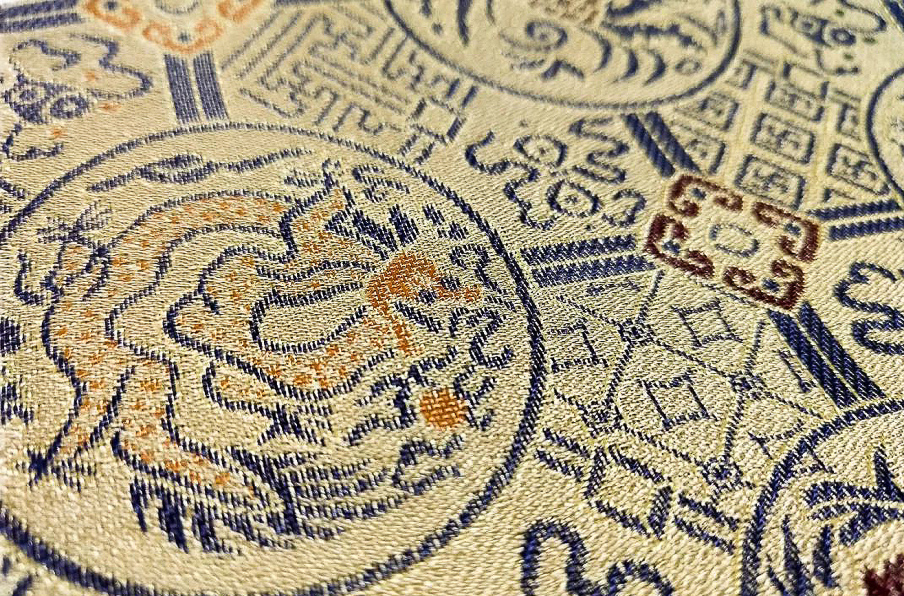 Shu brocade is the oldest in China and is rich in national characteristics. Song brocade was developed on the silk basis of the Tang Dynasty. Yun brocade inherited the features of Shu brocade and Song brocade and created some original manufacturing techniques to make it magnificent and thick. It was mainly used in the royal family. By contrast, Song Brocade is the lightest and most elegant genre with simple and traditional colours and patterns. It implicates the literary spirit. 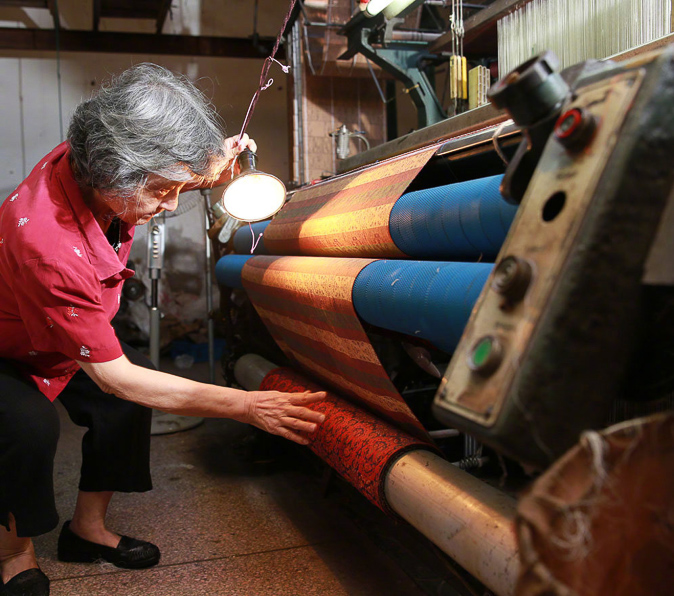 Ms Qian is weaving brocade with a loom.

The home of scholar-officials, literati, and nobles are the main users of Song Brocade. In the beginning, it was used for the frame decoration of paintings and calligraphy, the ornament of family furnishings, and noble clothes.

The classic beauty is not only in the visual effect but also in the touch. This is possible thanks to a special loom of Song Brocade. In order to fully interweave the weft and warp threads, the loom has two gold threads. One is used on the front side and one root is used on the reverse side.

“I think this is still a real heavy sense of responsibility. I should do it because it is sad if no one has ever known about it.” Qian said.

“The double-lion brocade was the first fabric I restored. It was on October 20, 2003.” Qian shared the story. In the same year that the intangible cultural heritage was declared, She used the old loom successfully to create the first piece. In 2006, Song Brocade was included in the National Intangible Cultural Heritage List. It received more attention and support from the public, which gave Qian Xiaoping hope and happiness.

Although Song Brocade has attracted people’s attention now, Qian is still worried. If Song Jin cannot find a way into contemporary Chinese society, then the works saved by Qian Xiaoping will only be exhibits in the museum. In the near future, it is likely to face a crisis of loss.

Luckily, in 2014, Song Brocade was selected as the fabric of the Chinese national costume by the AEPC Meeting (Asia-Pacific Economic Cooperation). It attracted widespread attention. But for a long time before this, very few people knew the skill. People in the fabric and cultural industry say that without Qian, Song Brocade might have been lost, let alone a gorgeous appearance at the APEC meeting. 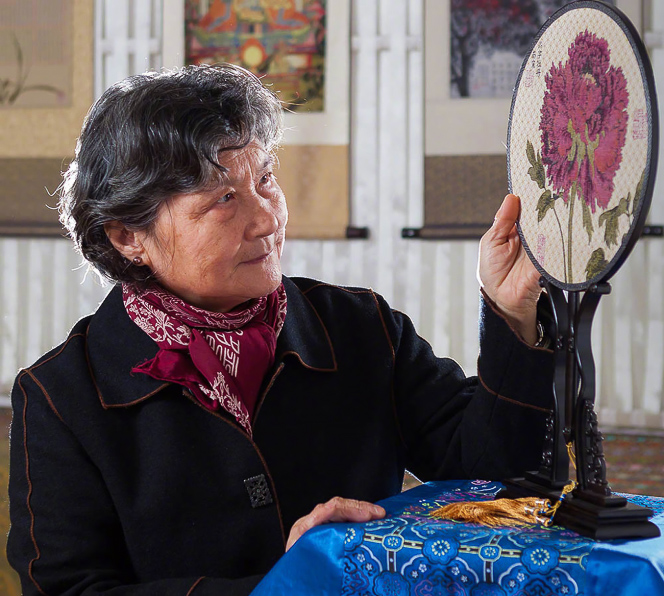 Ms Qian talked about the inheritance of Song Brocade

The 78-year-old Qian explained, “I have been thinking that I should write a book to include Song Brocade into history, culture, structure, craftsmanship, technology, and style. We can’t bring this craft with me into the coffin, I have to find a way. Let Song Brocade make more people understand the almost lost past and the promising future.

Peixuan Lyu is a final year student studying advertising at RMIT University, art direction and art curation are the career directions she is working on. Pei Xuan is a beginner art director in the advertising industry and a part-time photographer who conducts campaigns from creativity to execution. Chinese and western art history and art curation are also subjects she is learning to prepare for postgraduate study. She is indeed a visual monster who has been crazy about things with colors and patterns since young. An advertising explorer, art fancier, intercultural communication lover, and rational romantic.