The year of the paper tiger 🐅 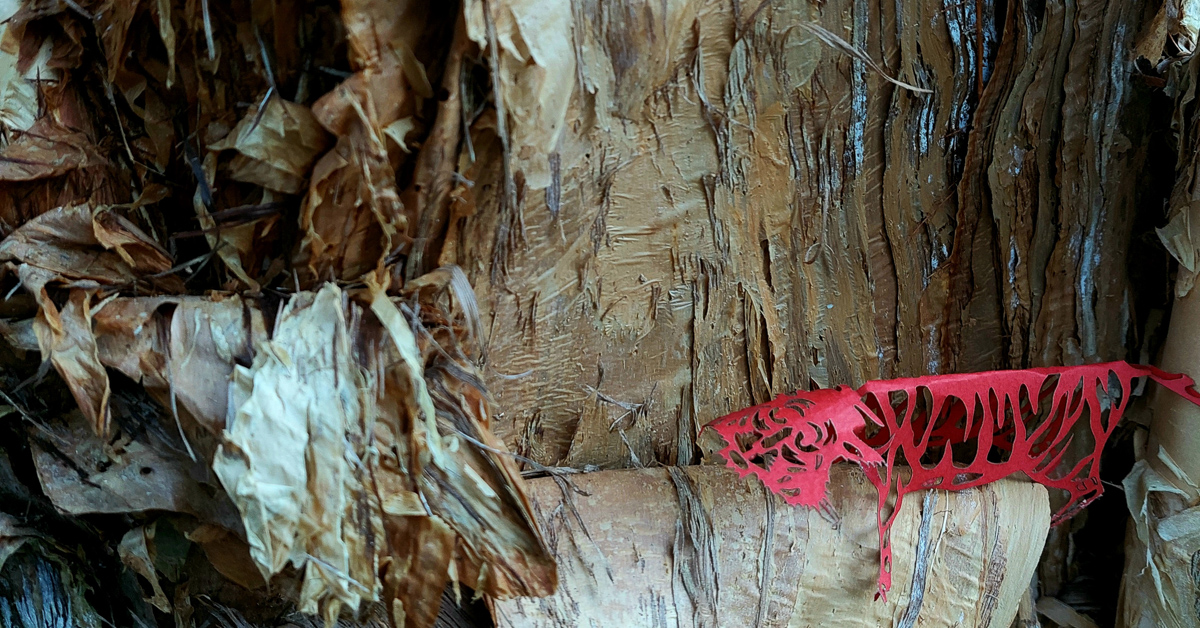 新年快乐. Australian Papercut Artist’s New Year Project re-interprets the tiger as a symbol of calm in an anxious time.

The participatory artwork, Tiny Paper Tigers, coincides with the Lunar New Year of the Tiger, which begins Tuesday 1 February 2022. It also responds to the Omicron wave of COVID-19, which is presently affecting many parts of the world including Australia. Paper tigers or 纸老虎 in Chinese is used to describe a person who appears threatening, but who is in reality ineffective. The term has been applied to authority figures such as government officials, corporate managers and academics. However, in the context of the project, the lead artist Pamela See (Xue Mei-Ling) has used the paper tiger as a symbol for anxiety. In her allegories, fear or worry is externalised through the tiny objects.

In late 2018, the Australian Bureau of Statistics stated that 3.2 million people living in the country had, in the past year, experienced an anxiety-related condition. Anxiety is an intense emotional state which is experienced by all people at some stage in their lives. However, it is regarded as a disorder when the fear or worry inhibits a person from fulfilling day to day tasks. It has homotypic and heterotypic continuity, meaning it is likely to reoccur and is a predictor of more serious psychiatric disorders. The impetus of this project was to address the anxiety Australians are currently feeling. See is interested in triggers such as a disruption to the supply of products, such as toilet paper, and the requirement to leave her home to collect them. 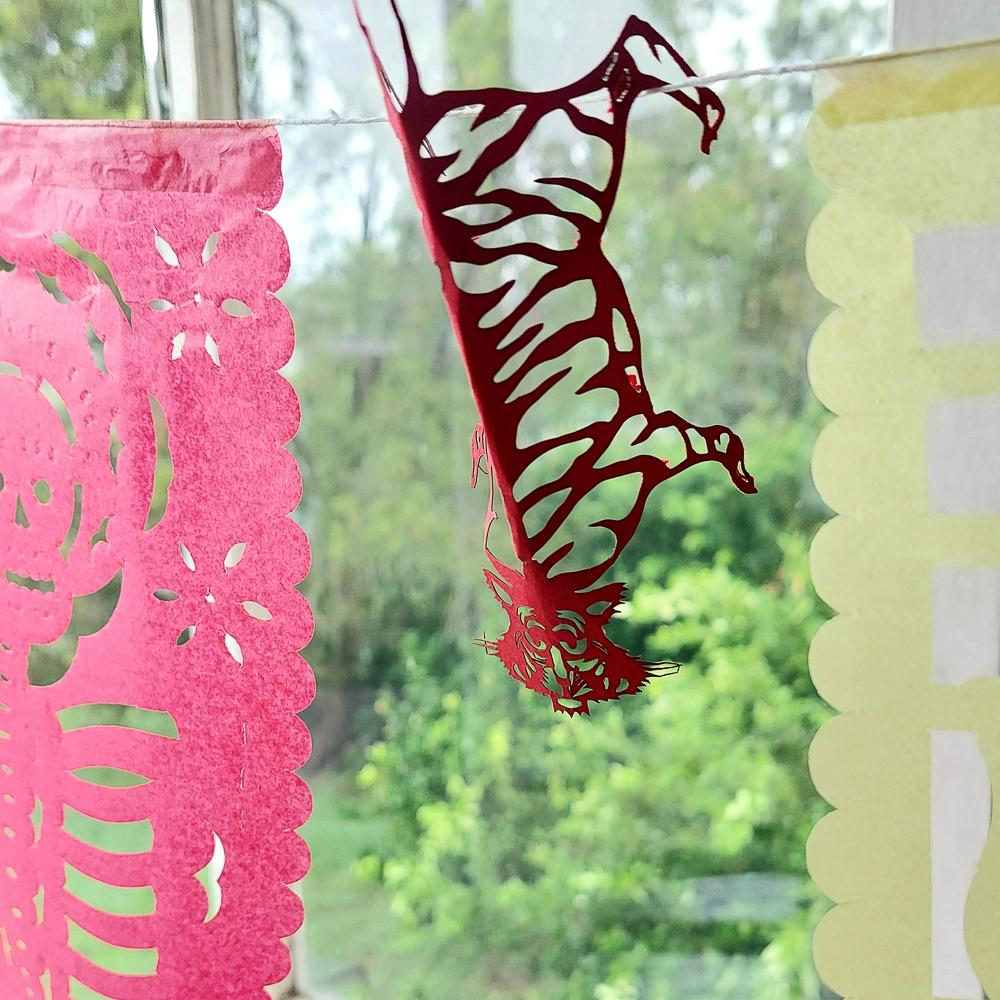 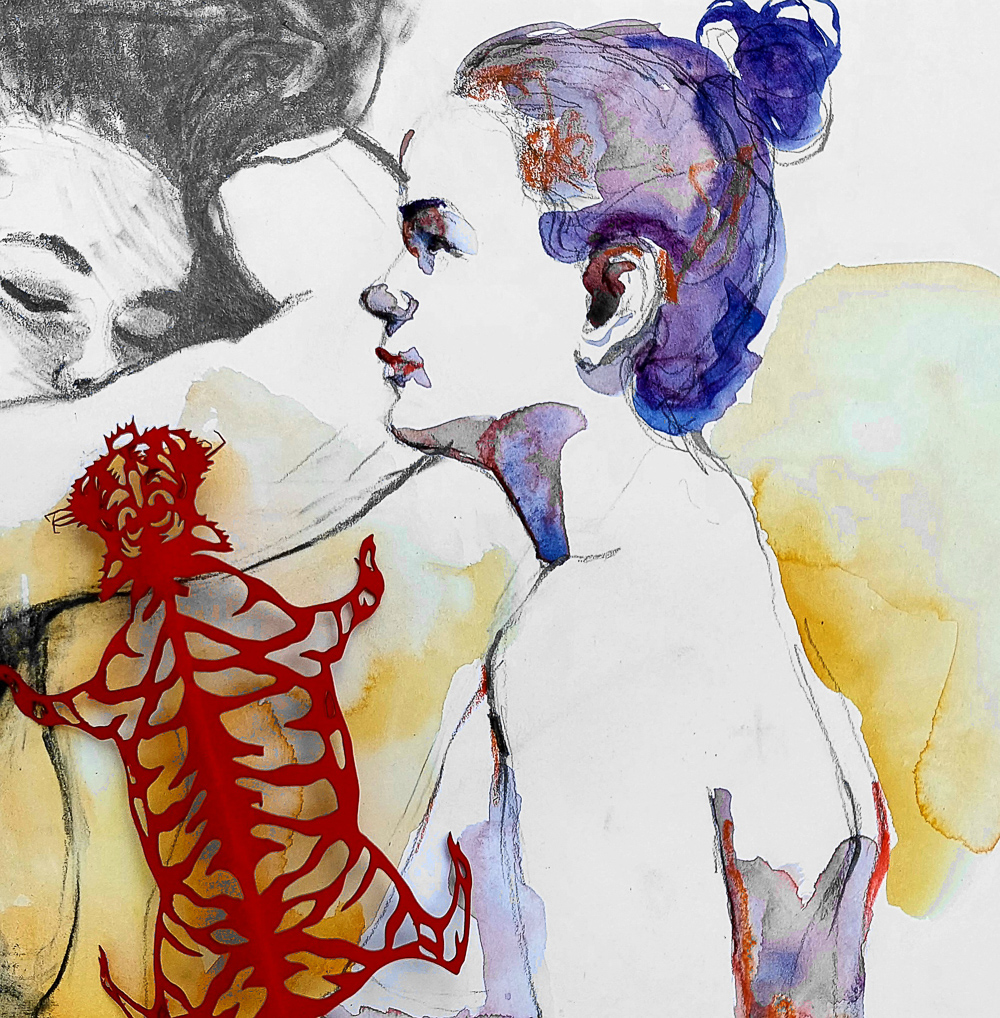 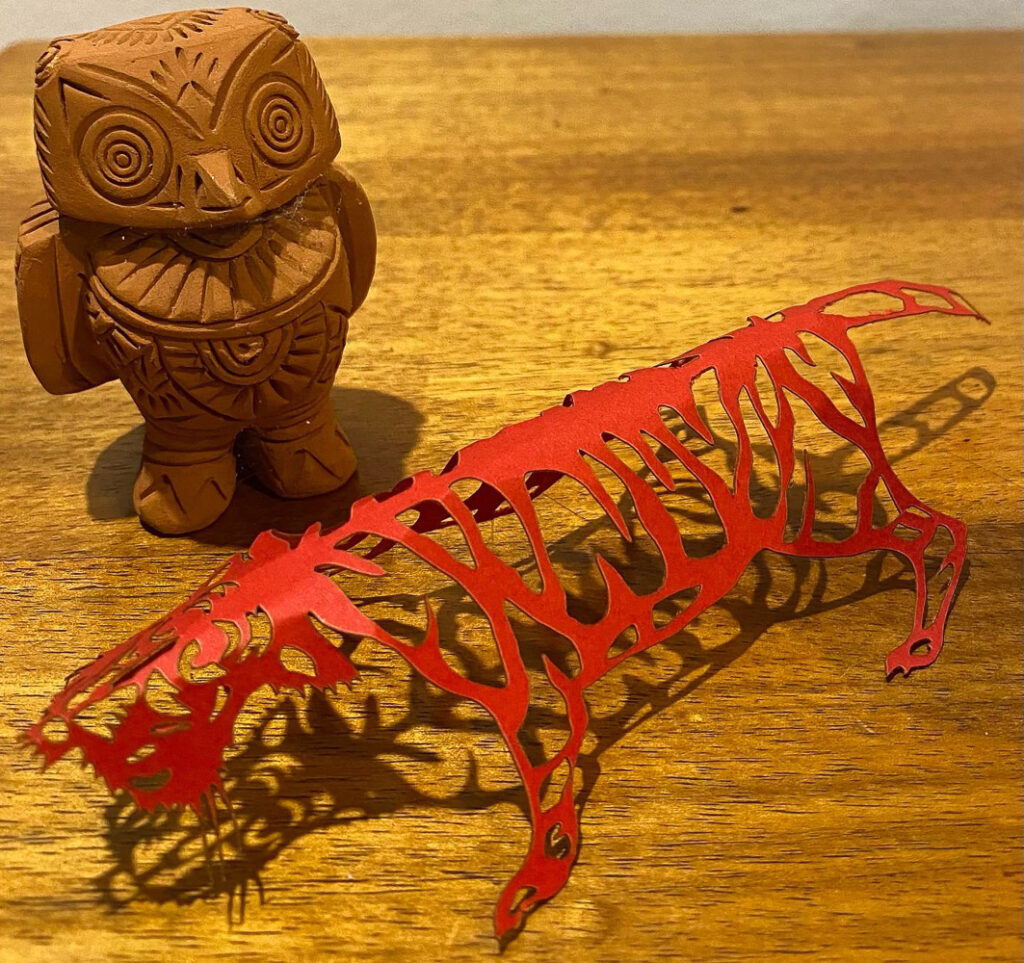 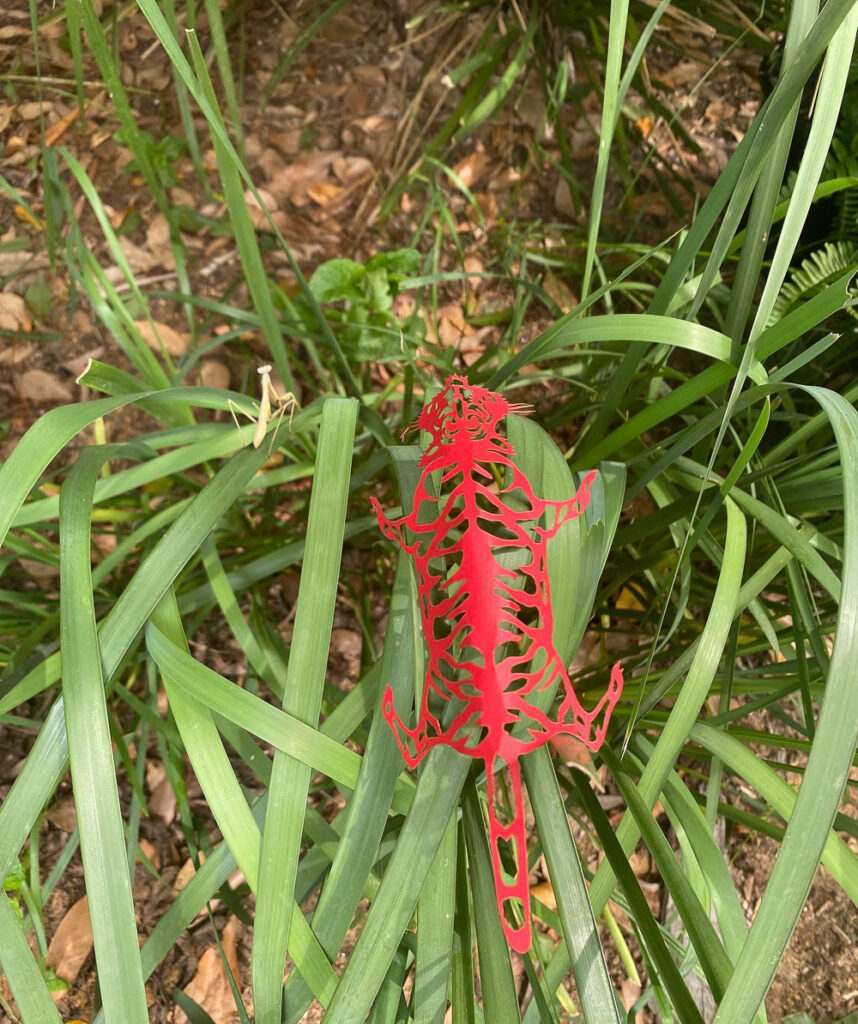 However, fellow artist Rachel Apelt has responded to the materiality of paper and the technique of papercutting to create allegories of harmony and connection. One photograph juxtaposed the traditions of Foshan Papercutting, as per See’s style, and Papel Picado of her partner’s Mexican culture. She has also photographed her tiger with a paperbark tree or Melaleuca quinquenervia and a paper wasp or Polistes humilis nest. Likewise, curator Christine Clark and her stepdaughter Annie, positioned their tiger with a stick insect or Didymuria violescens hatchling, a European honeybee or Apis mellifera, and a Bengali owl sculpture. The latter are always sold in pairs and symbolise prosperity and good luck. The compositions demonstrate a capacity of people to adapt to the confines of their dwellings by making new friends.

The project will run during February and March. On Saturday 5 February, there will be 100 Tiny Paper Tigers available to collect, at no cost, from the Redcliffe Art Gallery, Pine Rivers Art Gallery and the Caboolture Regional Art Gallery. They have been generously commissioned by the Moreton Bay Regional Council.