The power of wedding adornments 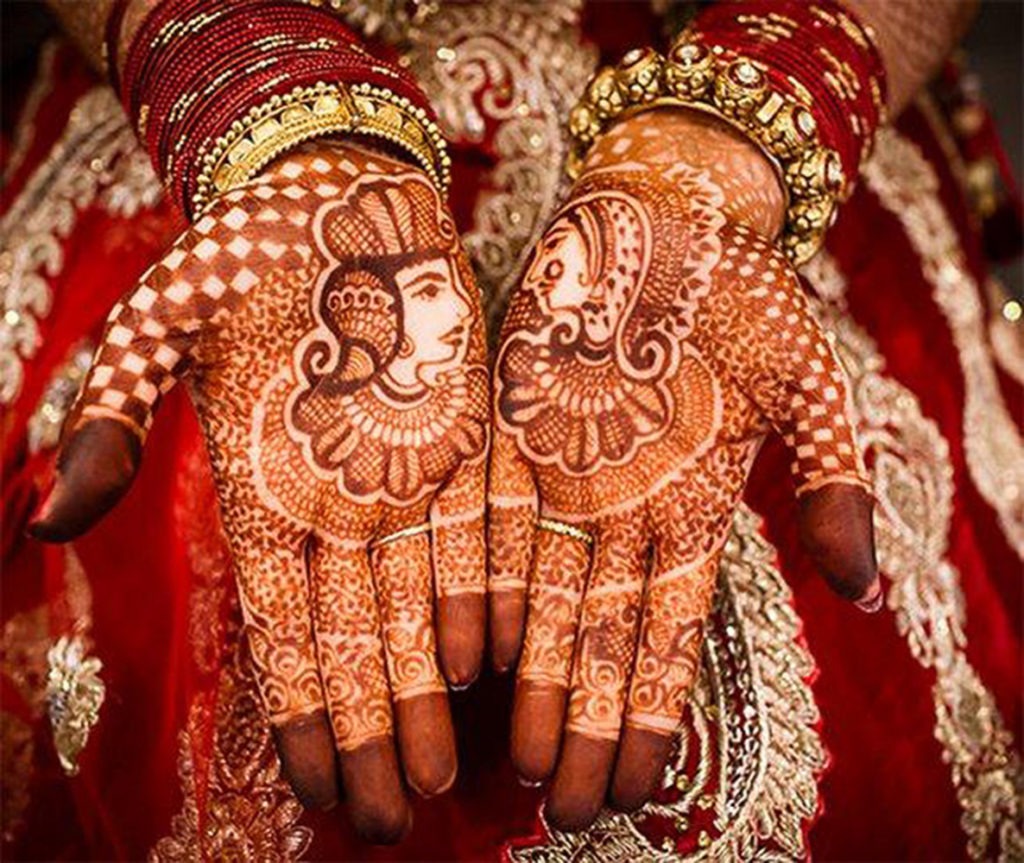 Khushbu Mathur itemises the rituals and adornments of a Hindu wedding, showing how love is exchanged through conduits of auspiciousness.

From the moment of their birth, every Indian family started dreaming about the marriage of their children. Hoards of aunties and uncles were ready to fix a suitable girl with a suitable guy. The wedding bells ring the shoutout. There were non-stop rituals, dresses, wave of laughter all around, vibrant décor, mouthwatering food and more.

Marriage is the deepest as well as the most complex of all human relations because it is a difficult task for two people to lead their life together when they have their independent thinking and way of living. In Indian life, role expectations are highly specific and institutional in marriage, thus a woman’s role in the family has remained multifarious.

Family is a fundamental building block of all human civilisation. Marriage is a glue that holds it together.

Characteristics of marriage are intimacy, companionship, procreation and parenting. Marriage is not simply a celebration or expression of love. It is the world’s most basic and universal institution—the foundation on which families are created and society reproduces itself.

The norms set up for regulating the marital behaviour in Hindu society are closely connected with religious duties and hence the impact of religious duties has more effect than any other element.

Before the wedding, an auspicious time (known as the muhurta) is fixed for the event. Using the couple’s dates of birth, astrologists calculate the position of planets and stars to reflect the celestial union of the couple. During the ceremony, the gotra of both to-be-weds’ (going back at least three generations) are announced. A gotra is the ancestral lineage or the ancestor’s original clan (this is not related to caste or religion). In Hindu law, marriages should not take place within the same clan.

Hindu wedding is a fantasy for many people. The significance of the rituals, ceremonies and the adornments are indeed a garland of many tales.

All the adornments at the wedding destination should be created using natural material like flowers, leaves, upcycled paper, fabric and other environment-friendly material. There should be zero stuff for the landfills. Now people have started making e-invites for the wedding to avoid unnecessary use of paper. Also, it is handier.

Prior to the actual wedding ceremony, there’s a pre-party called the sangeet or musical evening where family comes together to sing, dance, and revel in the joy of the upcoming union. Family members even give performances. The bride’s family sings a traditional folk song to the groom’s family to welcome them. The sangeet, which translates to “sung together”, takes place on the same day as the mehendi ceremony that kicks off the wedding itself. During the mehendi ceremony, henna is used to apply intricate designs to the bride’s hands and feet. The mehendi ceremony usually takes place one day before the marriage will be held, as the application can take hours. This event is traditionally only attended by the bride’s close female friends and family members.

The bride’s adornments are very powerful. Often the bride is dressed in red-coloured traditional attire. In Indian culture, red symbolises the rising sun, prosperity, and fertility.

Vara yatra – the arrival of the groom

The groom’s arrival is a celebration in itself. The arrival of the groom and his party to the ceremony site, called the vara yatra or baraat, is celebrated with great joy. They are greeted by the bride’s parents, family and friends amidst live music and dancing. The party is welcomed with flower, garland or a small gift, and the groom is presented with a plate carrying a lit lamp (or arati), and a garland. Sometimes a tilak, or dot on the forehead, is also administered.

Hindu wedding rituals begin with a prayer to Ganesha, the god of beginnings and good fortune and the remover of obstacles. Salutations are offered so that Ganesha may pave the way for the couple’s married life.

The couple exchanges floral garlands during the jai mala. This expresses the desire of the couple to marry each other.

The couple weds under a mandap. It may appear on an elevated platform and is decorated with anything from flowers and greenery to fabric and crystals. In the centre of the mandap, or wedding altar, a fire is kindled. A Hindu marriage is a sacrament, not a contract. To signify the viability of the ceremony, fire is kept as a witness and offerings are made. The bride’s brother gives three fistfuls of puffed rice to the bride as a wish for his sister’s happy marriage. Each time, the bride offers the rice to the fire. This offering is known as a homam.

The moment the father gives the bride away is known as the kanyadaan. In the Hindu tradition, no man can claim a woman until she is offered. During the ceremony, the father of the bride places his daughter’s hands into the groom’s hands as a gesture of giving her away.

The saptapadi (7 vows) is an important ritual in North Indian Hindu weddings. During the saptapadi, the bride and groom have their garments tied together. In South India, the couple walks seven steps together to signify their friendship. In North Indian tradition, they make seven circles around a ceremonial fire, each round signifying a specific blessing they request of the gods. The main significance of saptapadi is establishing friendship, which is the basis of a Hindu marriage.

Sindoor, a red-orange powder (vermillion), is applied to the part of a woman’s hair, symbolising her new status as a married woman once the ceremony is complete.

A married woman adorns herself on auspicious occasions with solah shringar or sixteen embellishments comprise the bindi (red dot), necklaces, earrings, flowers in the hair, finger rings, bangles, armlets, waistbands, ankle-bells, kajal (Kohal), toe-rings, henna, perfume, sandalwood paste, the upper garment and lower garment. Though garments are for modesty and some adornments like perfumes are to allure, the belief is many of the sixteen embellishments aid in good health and wellbeing of the wearer.

Let’s trawl through some interesting hypotheses.

The bindi, an ornamental dot placed on the forehead between the eyebrows signifies the mystical third eye, the invisible organ of spiritual perception and second sight. It’s worth a thought that the two eyes are regarded as the sun and the moon capable of seeing the past and the present. The symbolic third eye represents fire with the perceptive powers to see into the future.

Women who get their nose pierced for the nose ring are said to experience less pain during childbirth. Some say that it prevents the woman from being hypnotised as it controls brain wavelength.

Bangles are said to increase a woman’s blood circulation and revert back to her the cosmic energy that is passing through her body due to their circular shape.

Toe rings supposedly regularise the woman’s menstrual cycle. Apparently nerves in the second toe, where rings are worn, are connected to the uterus and friction with the rings help to revitalises the reproductive organ.

You will notice that people wear finger rings on the fourth finger from the thumb. The belief is the nerve passing through this finger is evenly spread through brain neuron cells. Frequent metallic friction is good for the health of the wearers and helps them to handle life with ease and confidence.

Necklaces like the mangalsutra are worn to control blood pressure levels and regularize blood circulation.

Waistbands are not regularly used these days, but they prevent saturation of fat in the waist and maintain a woman’s figure.

Kajal is used purely to enhance the size and shape of the eyes. After, all the eyes are called the windows of the soul and convey the feelings of the heart. Natural kajal or kohl can be easily prepared at home by collecting soot in a silver bowl balanced over a wick-burning in mustard oil. Sometimes camphor is added to the oil. This mixture is applied with a silver stick to the outer rims of the eyes. When it mixes with the natural tears, it is said to protect the eyes from the harsh sunlight and dust.

Despite assertions by traditionalists, medical science does not corroborate claims that ornaments actually keep wearers in better health. Still, cultural rituals have grown around these beliefs. People bless a new-born infant or a new bride by offering them gold jewellery or coins for good fortune. Infants are made to wear ornaments as protection against illness.

Of course, men will argue that women have never needed an excuse to wear jewels or take care of their shringar. Nevertheless, today a lot of men also wear jewellery because it brings them luck. So the next time, men, you are impatient with your girlfriend, daughter or spouse who is taking a little longer to dress, do remember she will probably emerge with an effusion of auspicious vibes that will radiate to you too.

The parents of the bride, even her kith and kin, all gave wealth to her in the form of valuable gifts. It was just like how parents used to give a part of wealth to their sons, so did they give it to their daughters too during the daughter’s marriage. What is very important to be noted here is that the valuables or the wealth are given to the bride, and NOT to the groom or his family. In other words, the dowry wealth continued to be owned by the wife and not by the husband or his family. This gave the required financial independence to women who would even manage the income from their agricultural land.

All the gifts that are exchanged during the wedding should be a symbol for passing a culture and tradition with love from one generation to another rather than just show off. For example, if a grandmother is gifting a traditional piece of jewellery or any other object to the newlywed couple as a token of her blessing then it will be of higher value as it is keeping an old practice of craft alive with the coming generation. The value of love as emotion plays a powerful role to strengthen the new bonds and marriage is an affair where two families unite and new relations are developed. 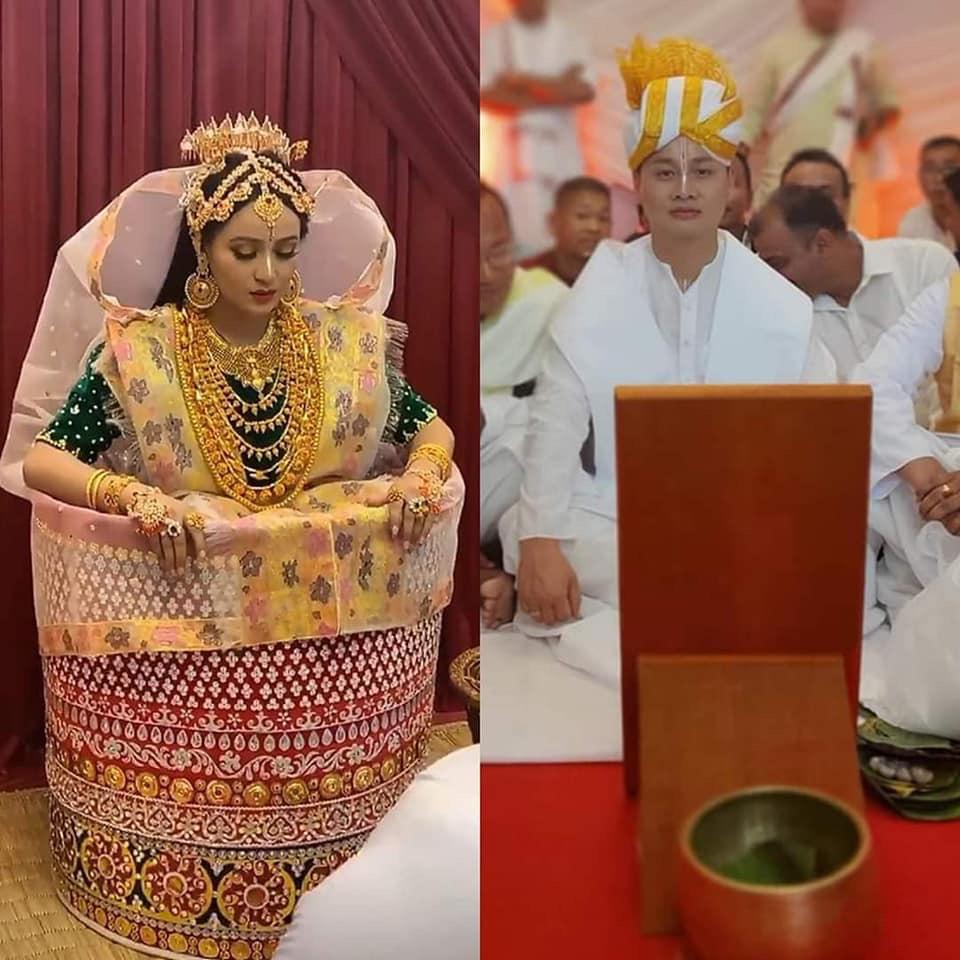 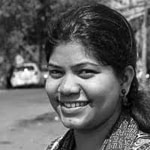 Khushbu Mathur is an Alumnus of the Indian Institute of Crafts and Design (2008-2012). She specializes in Hard Material Applications and natural fibre applications. She has conducted a research project with TATA Motors Design Studio, Pune with an idea of introducing natural fibres in the interior of eco car to reduce the carbon footprint.

Jay Thakkar ✿ The fourth wave in craft education
Anuradha Chauhan: A secret of the Himalayas
The year of the lotus
A village delivered to your home: Report from the Selvedge World Fair
Do you know what this textile from Nagaland is?
Indian fashion for the Aussie sadhu
Kashmiriyat: Craft out of conflict
Bappaditya Biswas ✿ A chintz conversation