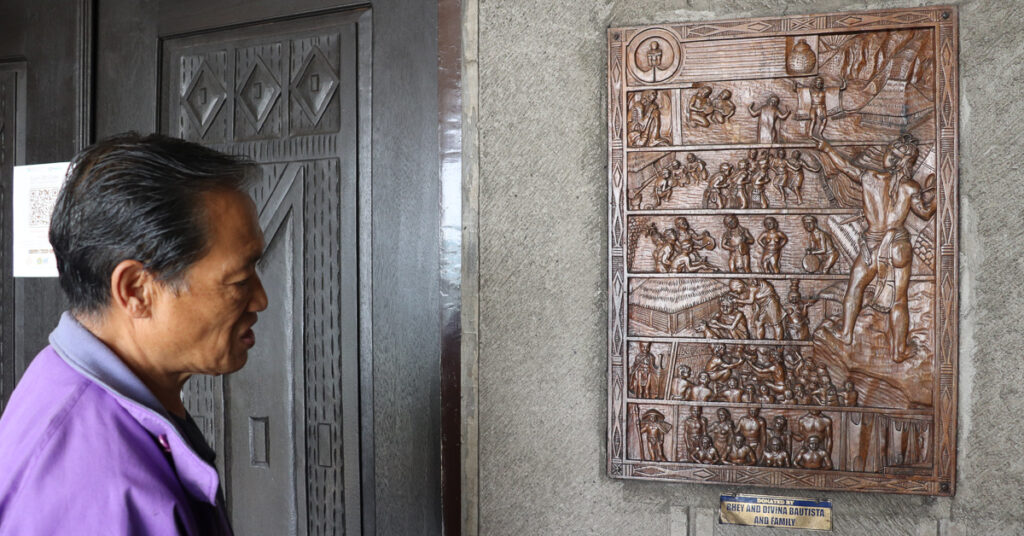 On October 31, 2017, Baguio City was among the 64 cities from 44 countries to join the Creative Cities Network of the United Nations Educational, Scientific and Cultural Organization (UNESCO). Baguio was designated as a Creative City of Crafts and Folk Arts and is the first and one of the only two Creative Cities in the Philippines.

Even before the city’s designation, Baguio City has historically provided an enabling environment for creativity of all sorts, especially in the field of crafts and folk arts. Being a “melting pot” of various indigenous peoples in the region, the City engendered a very rich Cordilleran cultural diversity as incorporated in its crafts and folk arts. The many verticals of creativity such as the wood-carving tradition among the Ifugaos, the back-loom weaving practices of women throughout the Cordillera and Northern Luzon, the silvercraft and basket-weaving and the art of tattooing have grown and continue to develop in Baguio City.

Behind these creative crafts and folk arts are the stories of men and women who migrated (mostly after the Second World War) and permanently settled in Baguio City, eventually contributing to building the city into a multi-ethnic, thus, colourful and dynamic upland city that it is today. Among these individuals is Mr Ernest Dul-ang, an artisan who originally hails from Hingyon Ifugao but eventually moved to Baguio City to advance his craft.

Ernesto Dul-ang is the 72-year-old resident woodcarver of the Baguio Museum in the Philippines. “Manong Ernesto”, as his close friends fondly call him, started wood carving at the age of 12 when he was challenged to make a Carabao head Boy Scout neckerchief slide in his primary school days. He is married to Lolita Ngayawan of Lagawe, Ifugao, a former housekeeper at a US Ambassador’s Residence. The couple is blessed with five children and five grandchildren. 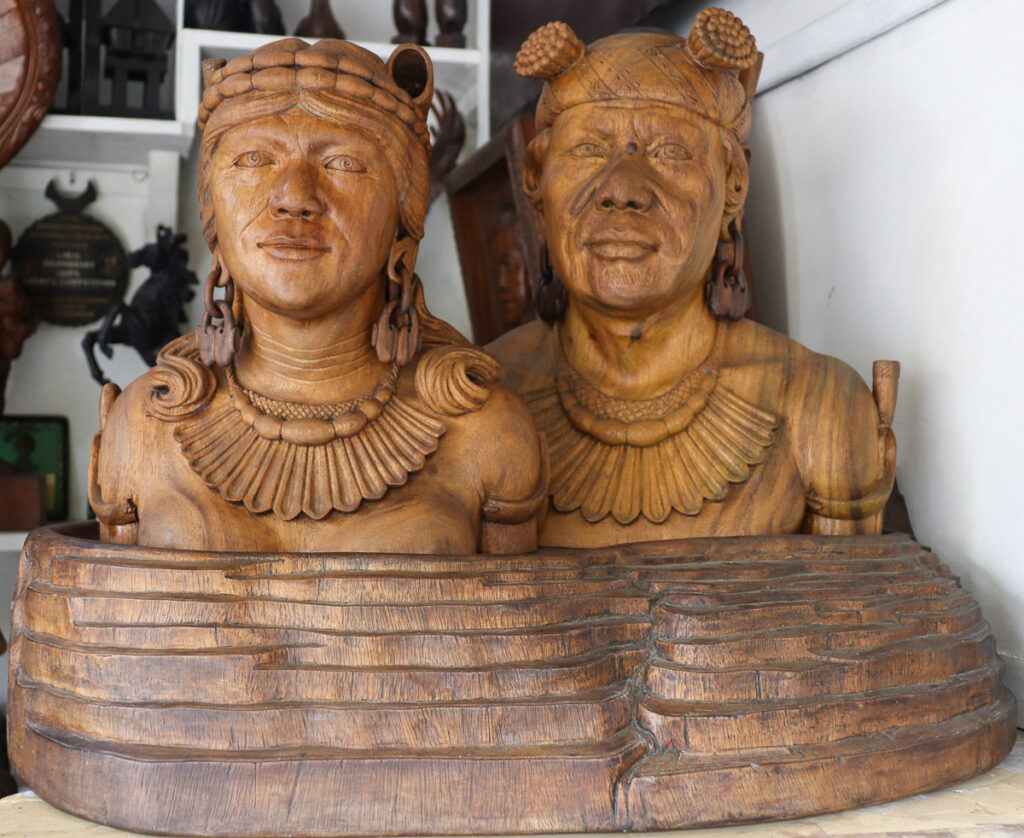 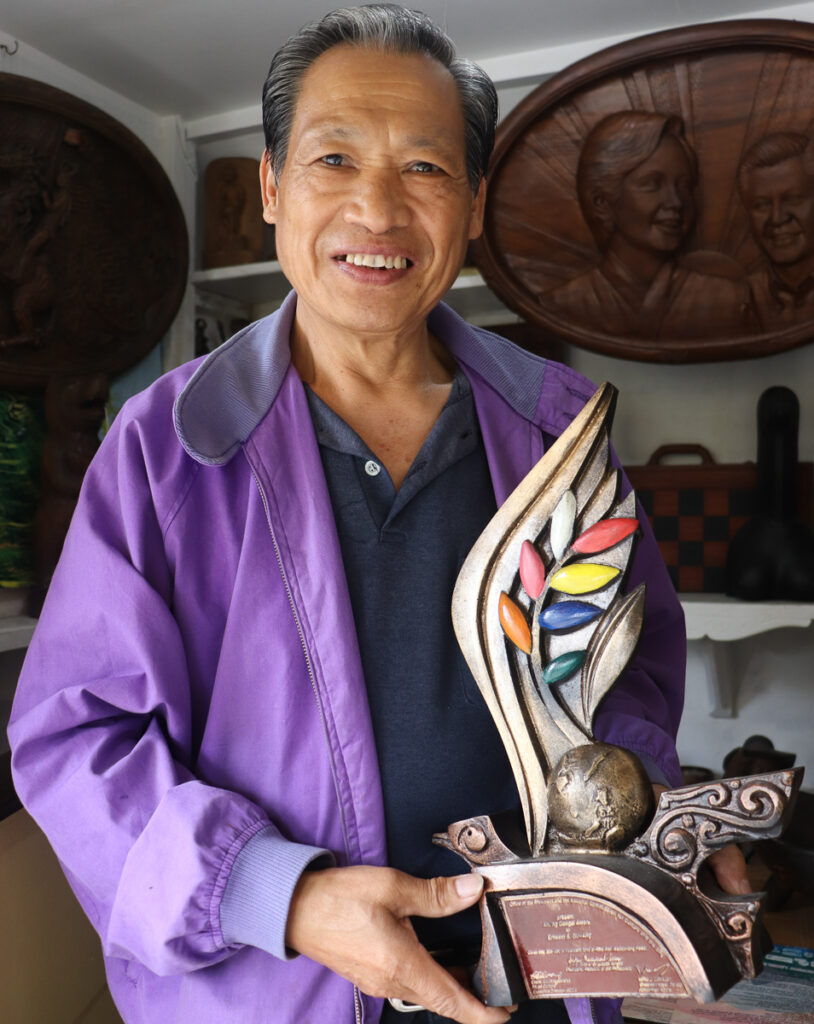 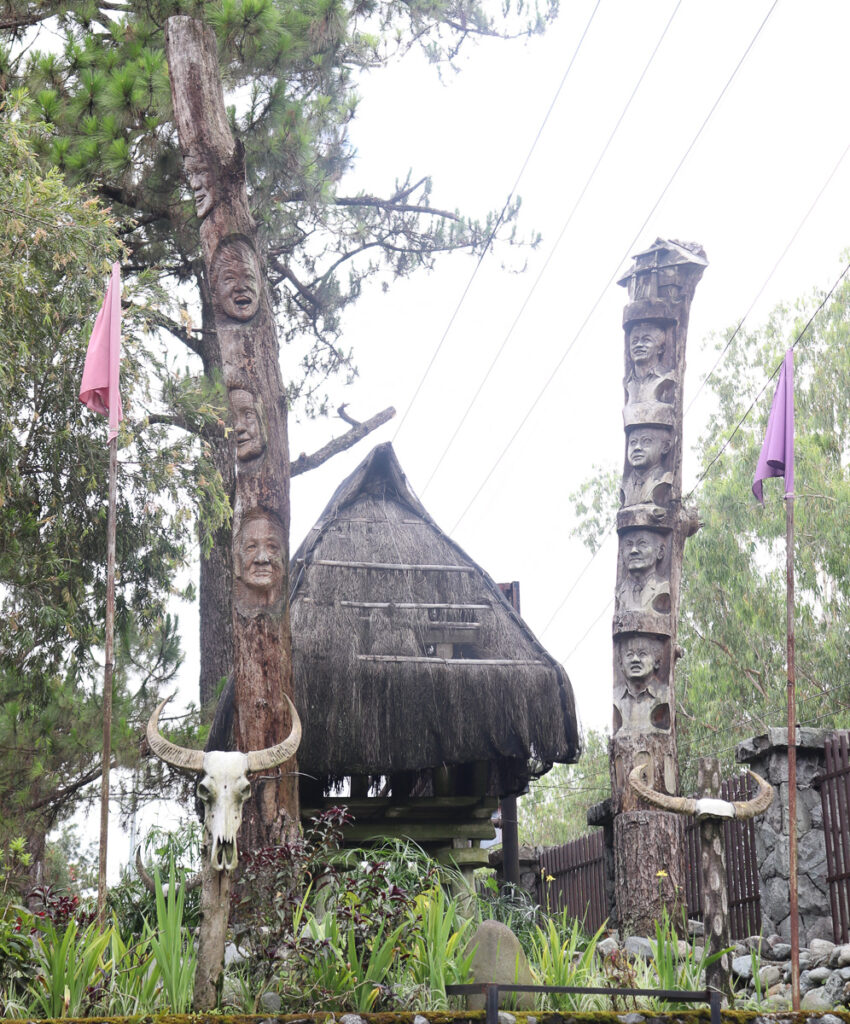 Manong Ernesto’s life has been quite an adventure. In 1970, he was invited by La Union Governor Juvenal Guerrero to work for him when he saw his wood carving piece of a dancing Ifugao in traditional attire. At that time, Manong Ernesto was taking a vocational course as an electrician-carpenter in Lusat Vocational Training Center. The following year he moved to Baguio City as a freelance woodcarver and worked at Camp John Hay, a former military facility turned human resource development hub, from 1979 until its turnover in 1991.

As Camp John Hay resident woodcarver “par excellence”, Manong Ernesto accomplished several great works. Most notable is the succession totem pole portraying ten busts of prominent figures of Philippine history beginning with Admiral George Dewey, General Emilio Aguinaldo, down the line. His succeeding project was a woodcarving depicting the Surrender of General Tomoyuki Yamashita, the piece is currently displayed at the US Ambassador’s Residence. This 2” x 37” x 53”, 50 pounds Narra carved mural exhibits 62 of the 63 participants who joined the commemorative surrender. This piece of work was unveiled by then Benguet OIC Governor Bantas Suanding, OIC Vice Mayor Nicolas Tabora and Commander Major Leon Walker of the 6020th Support Squadron. According to Manong Ernesto the first “Surrender of General Tomoyuki Yamashita” and the “totem pole” were his best works in Camp John Hay.

In 2004, Manong Ernesto was invited by the late Curator and Executive Director of the Baguio Museum, Leonora San Agustin, to be the museum’s resident woodcarver. Some of his most eminent works are the dioramas at the entrance of the facility depicting the stories of the Cordillera people, the totem pole of the Mayors who assisted in the development of the Baguio Museum, the carved photo of the US Ambassador Sung Y. Kim and the repair of the life-size wood carving of the hunters. 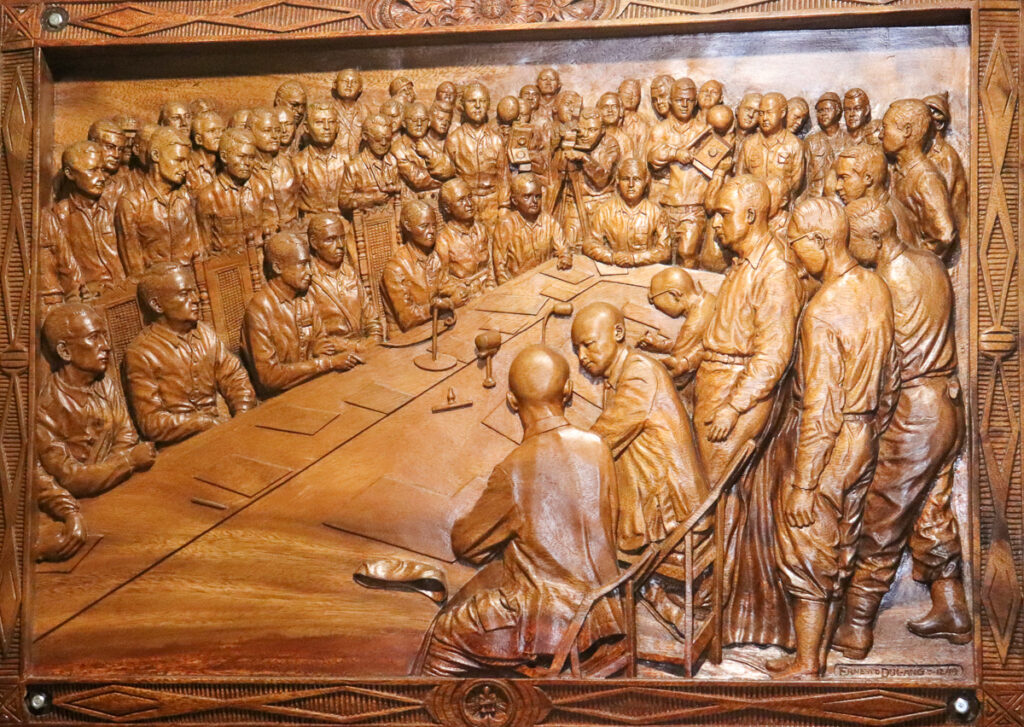 According to Manong Ernesto, one of the most challenging pieces he has ever made is his second “Surrender of General Tomoyuki Yamashita” woodcarving, measuring 2” x 25.5” x 35”, it took him almost a year to finish the said piece. This woodcarving is his tribute and legacy to the people of Baguio via the Baguio Museum and the US Embassy’s 2017 Ambassador’s Fund for Cultural Preservation Project. Aside from the ones mentioned, Manong Ernesto also prides himself on his woodcarvings of the famous Banaue rice terraces, busts of public servants, Commander Hightower, President Theodore Roosevelt, the musclemen and the Cordillera woodcarving stories. The Baguio Museum is truly very lucky to have Manong Ernesto as its resident woodcarver.

Throughout his career, Manong Ernesto has competed against Asia’s best and won over dozens of international artists. One of the most prominent recognition he has received is the “Gold Medal Award in Sculpture”, an unusual achievement award bestowed to him during the Delphic Games at Jeju, South Korea in September 2009. His winning piece was made of cedar timber of a human figure pouring water from an earthen jar into a base of mixed subject, measuring 4 feet and 12 inches in diameter. He was also given a distinguished trophy in February the following year by former President Gloria Macapagal – Arroyo in Malacanang.

Manong Ernesto is truly a pride among the Cordillerans. He has earned his gold plated stature amongst the best.  He made Baguio and the Cordillera people proud by winning the Gold Medal Award at the Delphic games. His works are scattered all over the globe and the archipelago. This woodcarver par excellence takes pride in his children, his apos (grandchildren) and of course his lovely wife Lolita who continues to be his inspiration and greatest medal.  He still accepts commissioned work every now and then. The pandemic surely has not dampened his spirit. 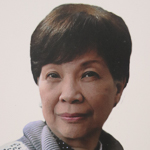 Quarterly essay - Everything Happens to Everyone: A Rodney Glick story ✿
Craft classic: The spurtle
The Svord Peasant Knife: Thanks to "Heavenly Blue Sky"
The case for wood
The Nullians
Raci's mangrove apple: A batik message from the coast of Pasuruan to the fashion...
To rescue a world on the wane: A clarion call to woodworkers
Australia or Bandaiyan?