Quarterly essay ✿ “Drifters” in Jingdezhen: Past meets present in the porcelain capital 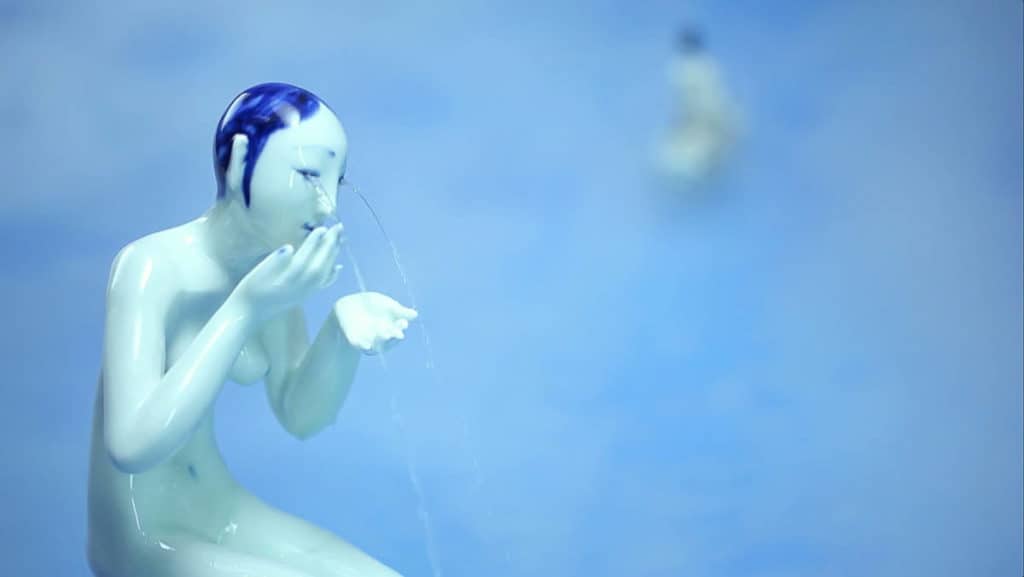 Porcelain Encounters and Clouds of Silica

Before I travelled to Jingdezhen in the winter of 2016, my knowledge of its thousand-year history and continuing significance in the global porcelain trade was as almost as sketchy as that of the Europeans who first saw imported Chinese porcelain almost 500 years ago. They speculated wildly about what this fine, white material could be made of, with guesses ranging from “a kind of juice” that coalesces underground (Cardon in 1550), to Scaliger’s fanciful 1557 hypothesis that it was made from eggshells and the shells of umbilical fish, pounded into dust, mixed with water, shaped into vases and buried underground for a hundred years. Marco Polo’s explanation was slightly more realistic:

The dishes are made of a crumbly earth or clay which is dug as though from a mine and stacked in huge mounds and then left for thirty or forty years exposed to wind, rain, and sun […] By this time the earth is so refined that dishes made of it are of an azure tint with a very brilliant sheen.

Had you asked me then about the nature and history of porcelain my response would have been as vague. But in 2015, quite by chance, I encountered Geng Xue’s 2013–14 Mr Sea (海公子), in a Shanghai gallery. The protagonists of her video are jointed puppets made of blue and white glazed porcelain, brought to disturbing life with stop motion animation. Their undulating, trance-like movements through an eerie porcelain landscape of coral-like branches and creepy shadows depict the erotic encounter between a scholar and a beautiful woman—a liaison that ends very badly indeed. Mr Sea was beautifully, seductively nightmarish, and the artist’s technical virtuosity was immediately evident. The work includes an installation of porcelain figurines and backdrops (shown together with the video in Ritual Spirit at Sydney’s White Rabbit Gallery in 2017) that emphasises both the fragility and the narrative possibilities of the material. I became fascinated by the work of Chinese artists who, like Geng Xue, draw on their history and craft traditions to make work that seamlessly enters the global contemporary.

The full version of this essay is available to subscribers.