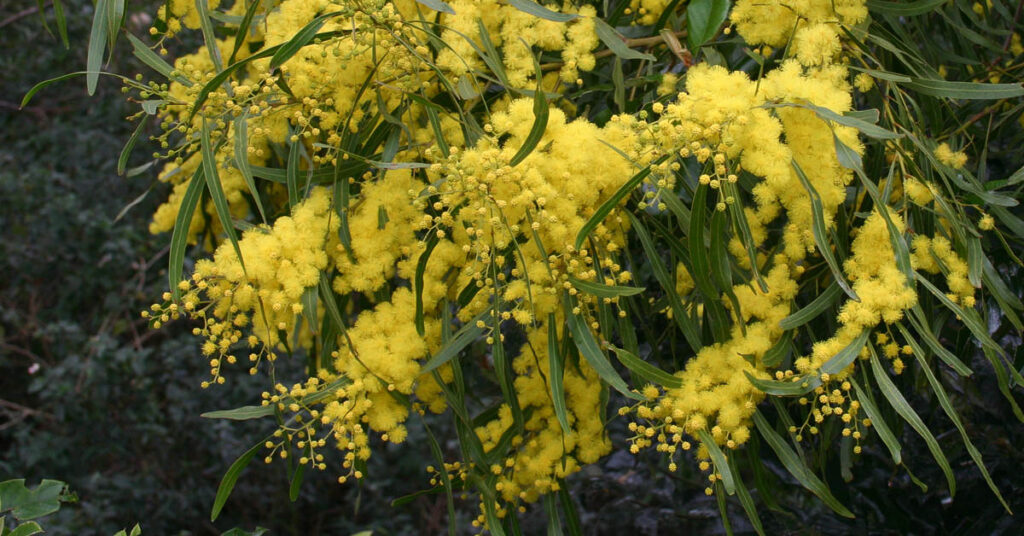 Wattle Day is celebrated in Australia on 1 September. It is the nation’s only unique holiday that reflects local nature.

The tree has important meaning for the First Nations peoples of Australia. For Wurrundjeri, when the Muyan, or silver wattle, blooms it is a time when the greatest Elders “pass over”. The blossoms that fall into the Yarra River also provide food for the eels. From the east of Victoria, as Gunaikurnai Elder, Uncle Wayne Thorpe explains, “In pre-spring, when the silver wattles are blooming and people from across Gunaikurnai country are gathering for marriage, the water ribbons and wildflower tubers are full, the ducks and swans are laying eggs and the fresh water wetlands would be teeming with life.”

Wattle is important for other ancient peoples. In Egyptian mythology, the flower was associated with the goddess Nut and Isis. She was believed to be the sky that stretched over the earth to protect it and all life on it. Since the Acacia tree had an umbrella-like shape that offered shelter, it was naturally linked to such a symbol. The Greeks also assigned it similar meanings, with an Acacia at Heliopolis known as the Tree of Life and Death.

There is a longstanding custom in Hebrew history, where Acacia trees were often panted over the graves of family members or those who were incredibly close to the deceased. The acacia tree is one of the trees mentioned in the Bible and it was believed to be the source of wood used for building the table of the tabernacle as directed by God to Moses. The directions for the Ark were inscribed on the wood of the Acacia tree. Some scholars think that the Tree of Life and the Burning Bush were both Acacia, as mentioned in the Bible.

Acacias in Nepal and Tibet became popular for use in multiple ways in religious rituals. In Buddhism, the tree and its flowers are also symbolic of Tara, the female bodhisattva known as the “Mother of Liberation”. It’s often meditated on to focus on the traits of kindness and compassion. It was also a wood commonly chosen for carving Buddhist statues due to its fine grain and fragrance.

For the Victorians, acacia flowers symbolised sophistication and wit. It could also be sent to symbolise a strong friendship with someone and an appreciation for their support. In countries like Italy, a day is set aside to present the acacia flower to their loved ones as a sign of eternal love between them.

That wattle is acclaimed as the first flowering plant to resume flowering in Hiroshima’s bomb-ravaged zone. As such, it is famous in Hiroshima as a poignant symbol of hope of regeneration.

Thanks to Aishah David for mapping this feature. Image: Patrica Gardner, Wattle We Do, on Wattle Day, 2015, Photograph, 1200 x 937 pixels, photo: Patricia Gardner.. 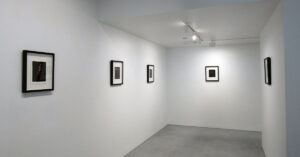 Rediscovering the salt of the earth in COVID times - According to Pamela See, Joachim Froese revives the nineteenth-century craft of salt printing to capture the ethos of the COVID-19 epoch. 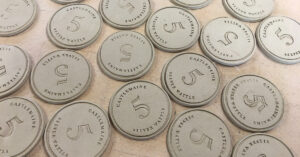 Castlemaine Currency: Towards a grounded economy - Dale Cox and Jodi Newcombe explain the origins and aims of producing coinage from clay for exclusive use within the town of Castlemaine. 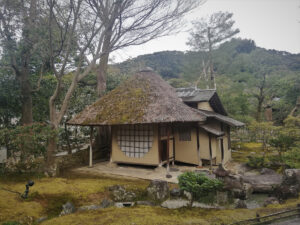 Let’s go back to the campfire: The lesson of mingei - Liliana Morais looks critically at the decline of mingei and argues for a stronger social context for craft. 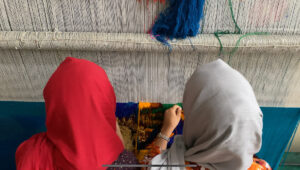 Pesh boro: Epic weaving from Afghanistan - Australian-based artist Khadim Ali introduces us to his weavers in Kabul, who demonstrate a fortitude characteristic of Hazara culture. 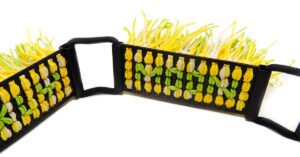 Vicki Mason ✿ Wattle it be? - Vicki Mason has created a reversible necklace that activates the bounty of wattle blossom enjoyed across the world in sprinter (late winter, early spring). 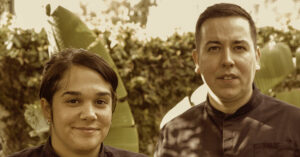 A custodian object from the Murrumbidgee - For Hape Kiddle, the coolamon he carved from Cooba wood is a conversation with the earth that we are custodians of. 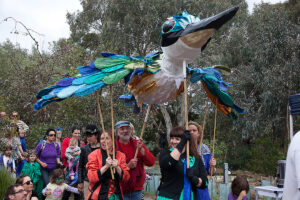 Heron story - Ilka White is inspired to make work in response to the bird on behalf of whom she speaks. 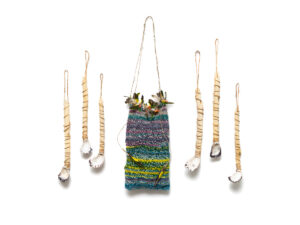 When the lorikeets call - Storied objects by Elisa Jane Carmichael reflect the enduring synchrony of species on her island of Minjerribah. 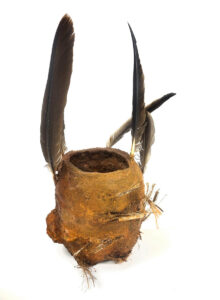 Australia Phoenix: A Cosmology - Susan Purdy takes on a journey into deep time, using the medium of photogram to trace the history of a landscape from creation story to recent devastating bushfires.

Make the World Again: Twenty Australian textile artists - An exhibition of Australia textile art renews the power of weaving to bind the world together. 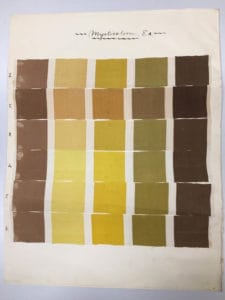 Local colour: The search for a plant dye industry in Sydney Cove - Liz Williamson reveals the importance of natural dyes in the establishment of Sydney as a British colonial settlement. 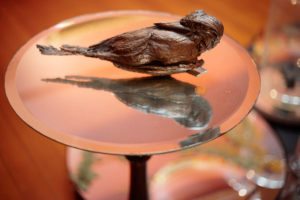 Louisean King ✿ Solis - Roger Saddington explores the exhibition by Louisanne King whose sculptural fabrications reflect a mourning for the loss of nature. 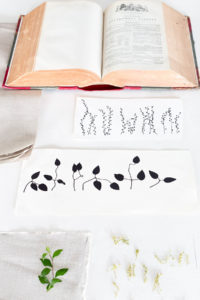 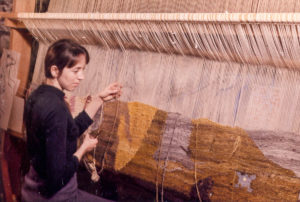 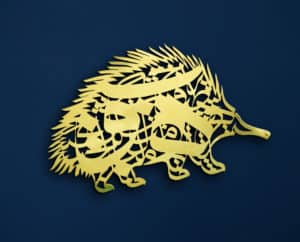 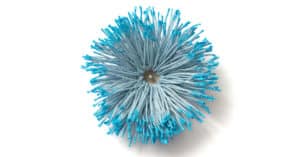 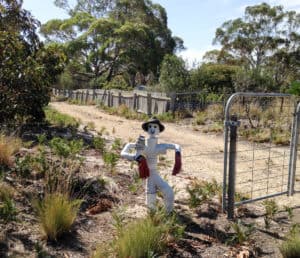 Art at a glance: Tasmania’s roadside gallery - Lucy Hawthorne considers about the drive-by art that is so prevalent in Tasmania. 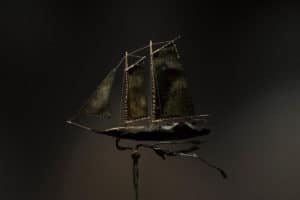 Baluk Arts: Storied objects tied to Country - Tallara Gray and Neil Aldum talk about the collaboration with Baluk Arts to develop objects that tell powerful life stories for the exhibition In Cahoots. 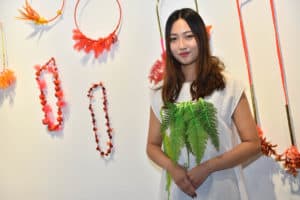 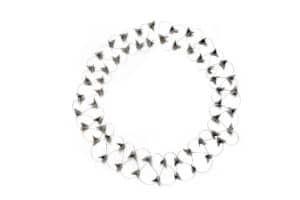 Island Welcome - Belinda Newick introduces Island Welcome, where Australian jewellers created leis to reflect on the quality of welcome currently extended by their country to refugees. 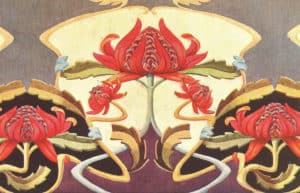 Stephen Bowers on “The Waratah in Applied Art and in Literature” - The mission of art to create a sense of place is certainly not new, even to a settler-nation like Australia. 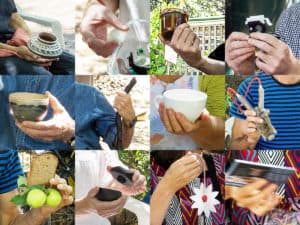 Talk of the town: How do you balance love and money? - Can you support yourself through art or do you have a day job? Maybe you're lucky to have external support, or have you chosen to live simply in order to create more. Perhaps you've remodelled your work to make it more creative. We hear from residents in the Castlemaine region about how they manage to still make things for love. 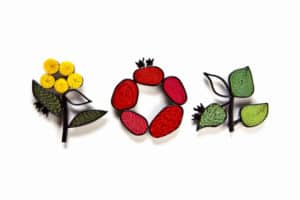 Jewellery for free - Vicki Mason discovers the power of jewellery as a currency to connect strangers together. She writes about her Broaching Change project and jewellery ventures done for love. 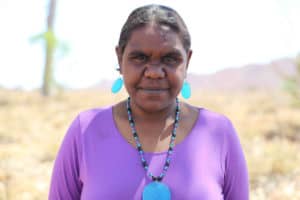 ﻿﻿In Ernabella, doors open for Aboriginal jewellery - An ambitious Australian project has recently emerged. The Indigenous Jewellery Project was initiated by Emily McCulloch Childs and to date has involved Melanie Katsalidis, Kate Rohde and Melinda Young. We learn from Emily about its origins, values, methods and future ambitions. 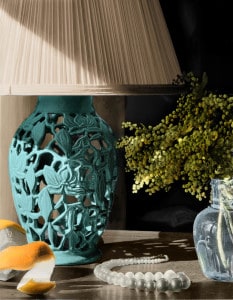 Janina Green’s Still Life with Klytie Pate - A beautiful hand-coloured photo by Janina Green featuring a vase by ceramicist Klytie Pate, an orange peel, a pearl necklace, and, of course, a bunch of wattle.