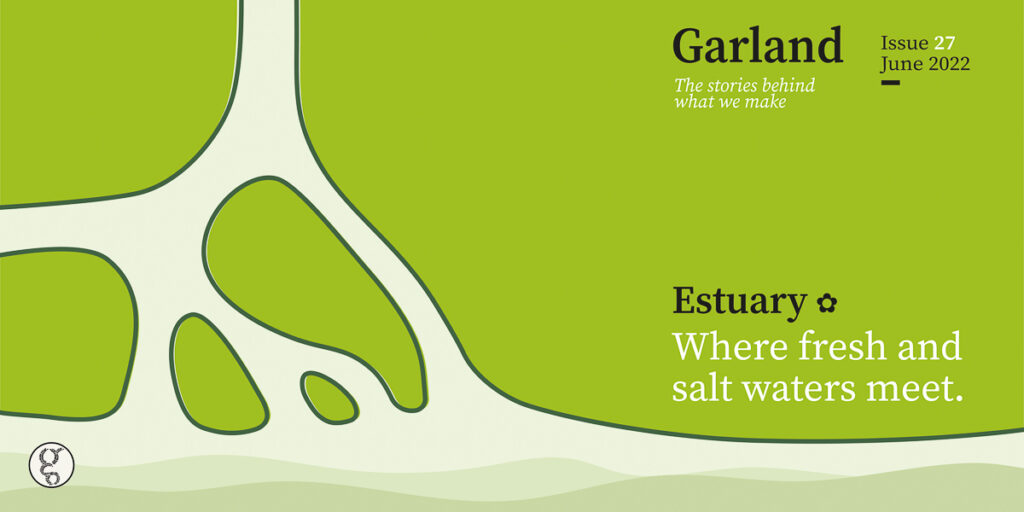 “Ganma is the name of a lagoon where salt and fresh water meet. Water is a symbol of knowledge in Yolŋu philosophy, and the metaphor of the meeting of two bodies of water is a way of talking about the knowledge systems of two cultures working together.”

This issue considers the relationship between first and subsequent peoples. “First peoples” includes those Indigenous peoples who inhabited the land prior to European colonisation. “Subsequent peoples” includes traders, invaders, settlers, migrants, tourists and guests who entered the land of First peoples, usually without permission. This division is open to critique.

The relationship between First and Subsequent peoples has been primarily one of colonisation, which involves the invasion of other people’s lands justified by a belief in cultural and racial superiority.

With time, the logic of colonisation begins to unravel. Indigenous cultures do not disappear when confronted with a more “developed” civilisation. As well, the project of importing a foreign culture into a new land loses momentum as myths of empire fade and ancient local cultures re-emerge. Places once named to mirror the other side of the world give way to Indigenous names: Aotearoa reemerges from New Zealand.

Yet the descendants of the colonisers remain, followed by waves of migrants. They are often the majority population and dominate positions of power. The rightful path now is to redress this by supporting Indigenous communities and giving over positions of power to their representatives.

What then for the subsequent peoples? How can they strengthen their relationship to land without continuing to usurp Indigenous culture? How are migrants involved in this relationship? And for the first peoples, what is to be gained from the colonising culture that doesn’t involve the loss of one’s own culture?

How can first and subsequent peoples be in dialogue?

To help answer this, we look to makers who break, create and re-build connections. We look to those who recover lost techniques, reanimate museum artefacts, find respectful connections to land for exotic materials, and negotiate Indigenous-settler collaborations.

How we reached the estuary

Where fresh and salt waters meet

This issue is dedicated to the memory of Mr Wanambi (1962-2022), a leading Yolŋu painter and curator. 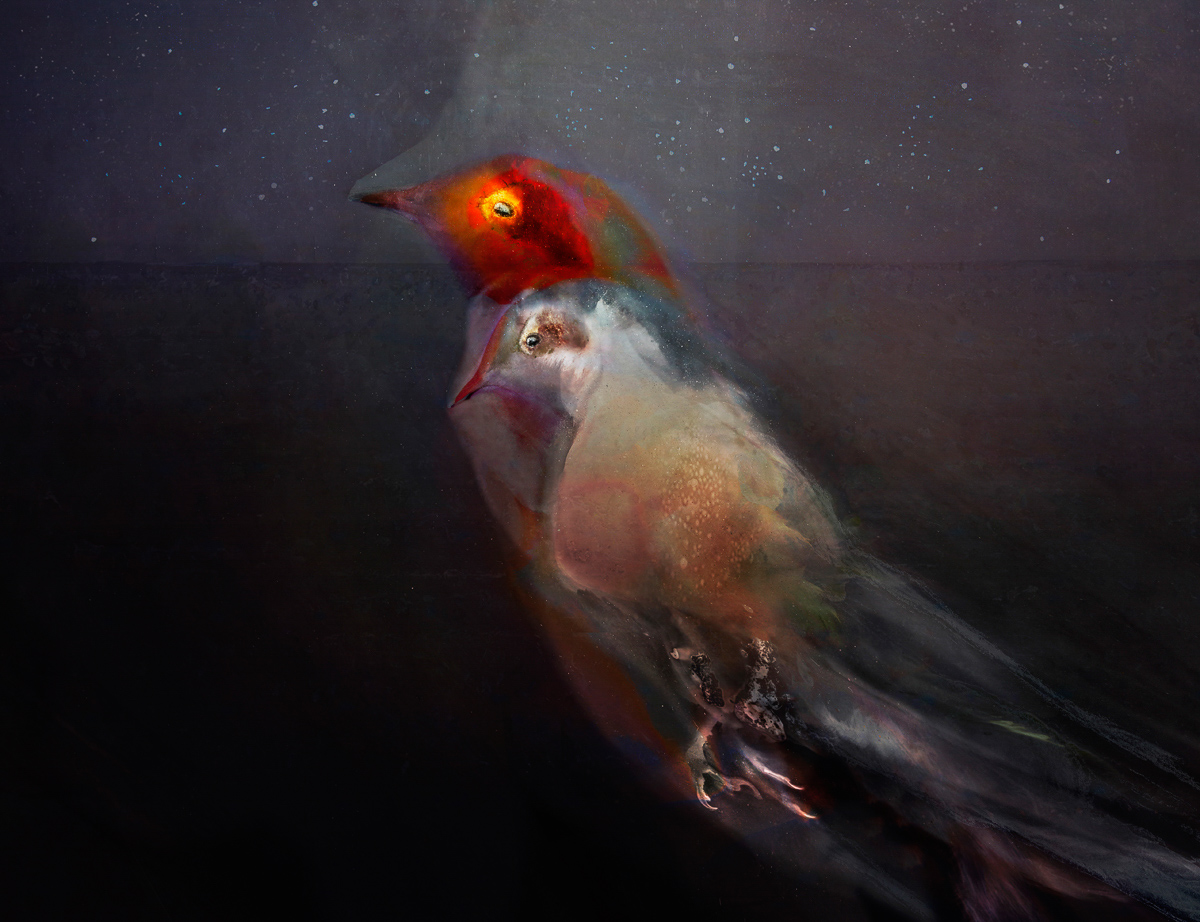 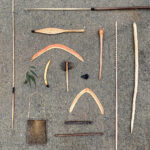 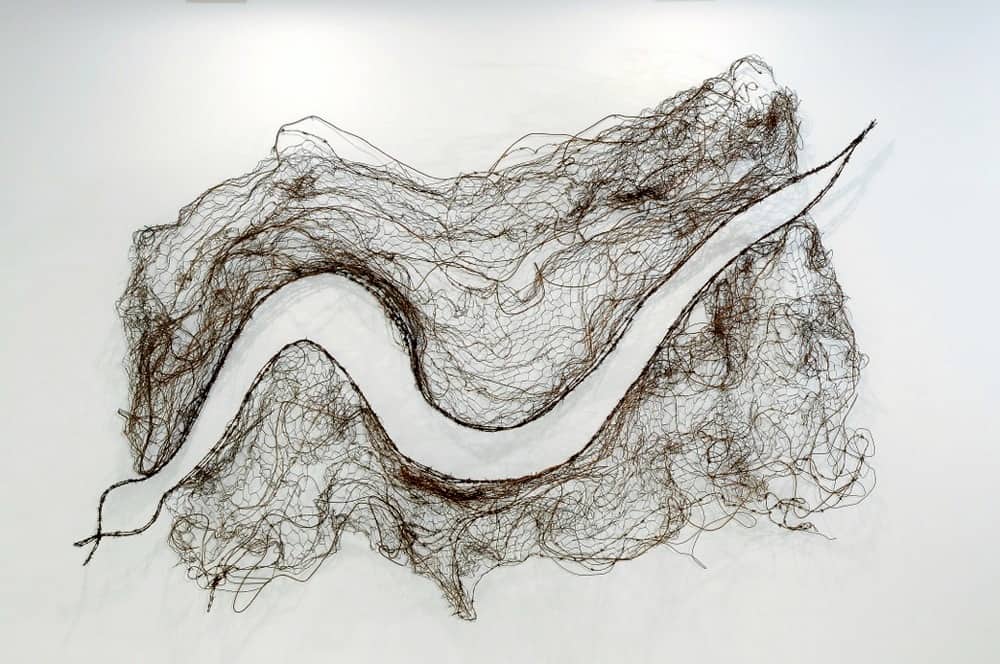 Learning and sharing traditional plant knowledge
Penny Algar and Lorraine Connelly-Northey talk about the importance of river red gum and what inspired the Murray River Cloak. 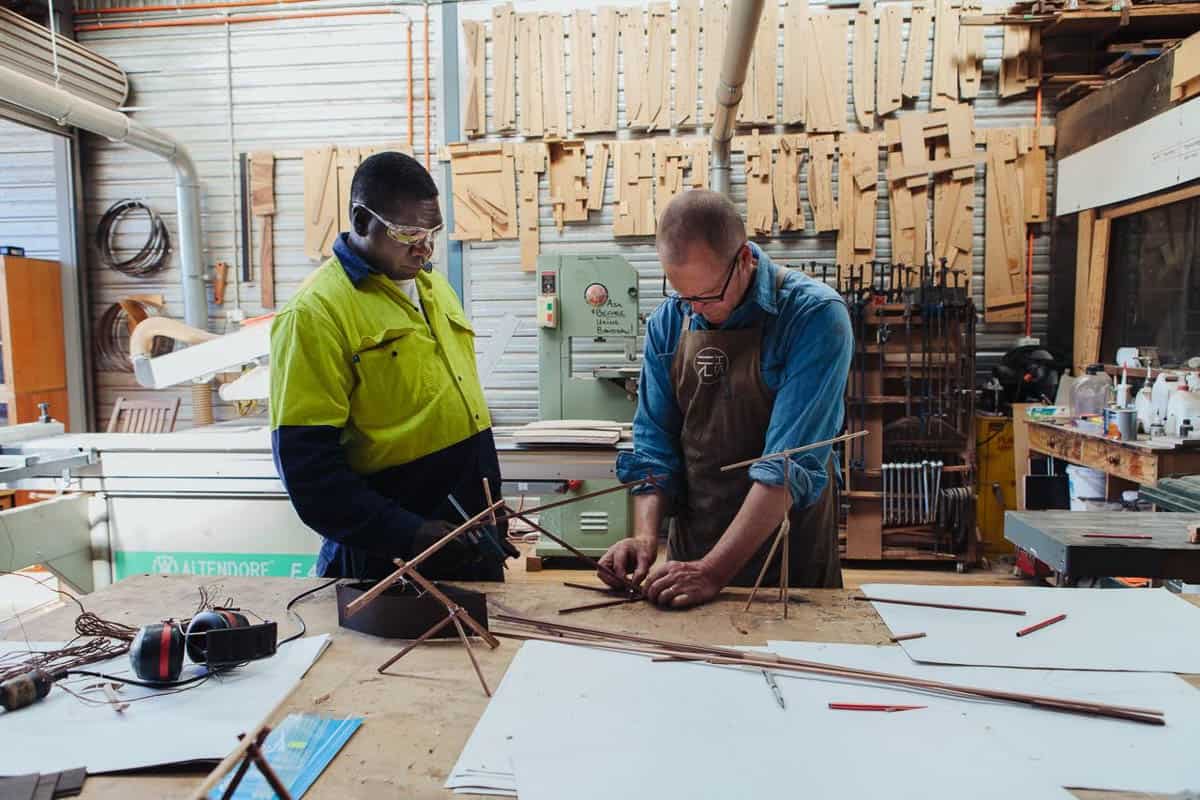 Two-Ways Learning – The gift that keeps on giving
How do incommensurate cultures work together? How do they connect while acknowledging differences? Bala ga Lili (Two-ways Learning) (2016) is a cross-cultural collaboration between Melbourne furniture designer, Damien Wright and Yolngu man, Bonhula Yunupingu, It was exhibited at Castlemaine Art Muse… 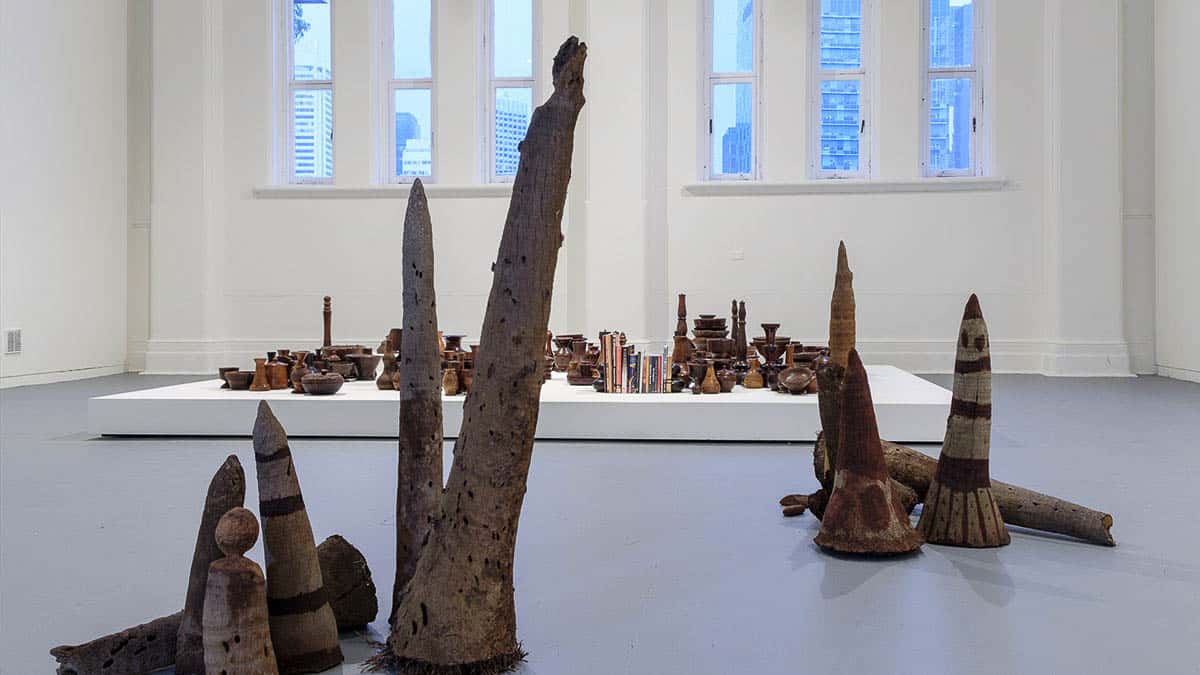 The Nullians
Sharyn Egan reflects on her work Nullians which fossicks settler-colonial history from the turned balga craft objects abandoned in second-hand shops. 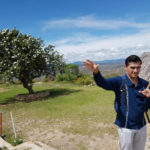 What we can learn from Zapotec culture
Garland in Oaxaca was a chance for us to learn more about the Zapotec values that underlined their mesmerising crafts, and particularly its place in the world today. 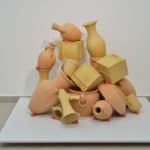 Shlomit Bauman & Abed ElJaabari ✿ The earth we share
Our February laurel goes to Israeli artist Shlomit Bauman for her collaboration with Palestinian potter, Abed ElJaabari. Their combination of traditional pots and cast modern goods is a compelling use of clay as a common language. 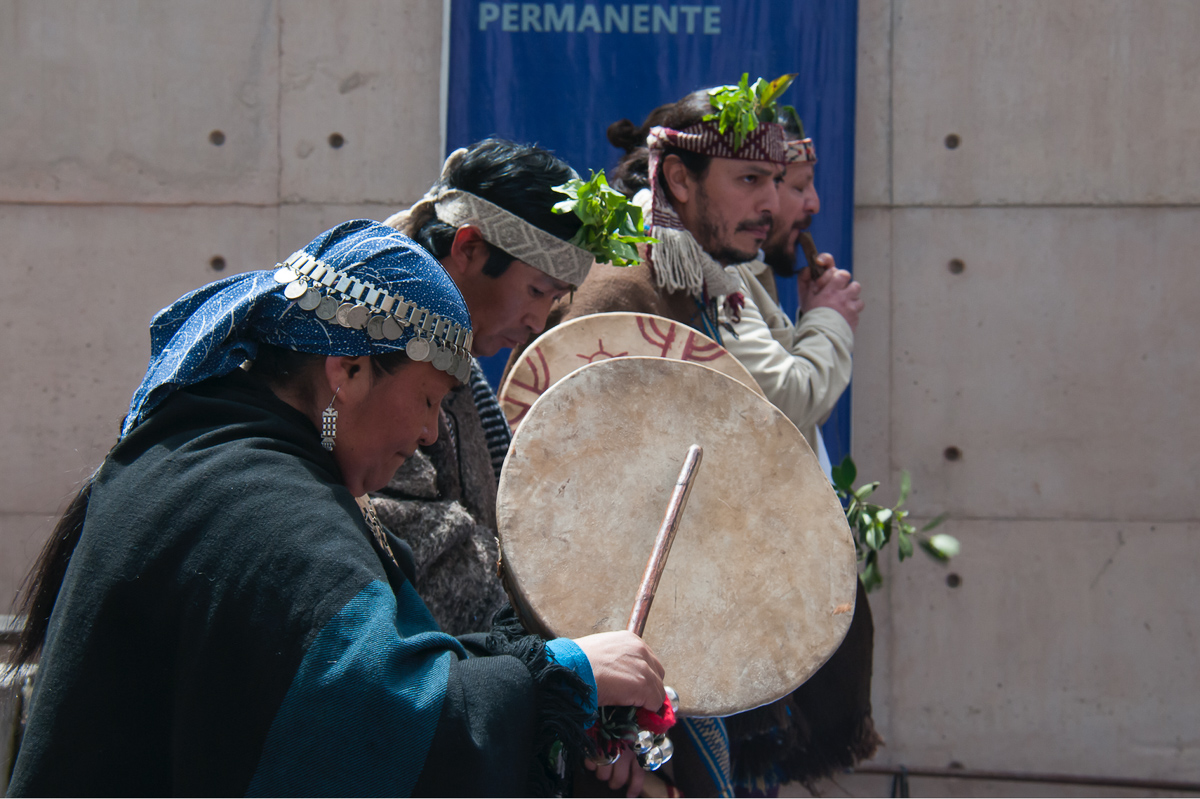 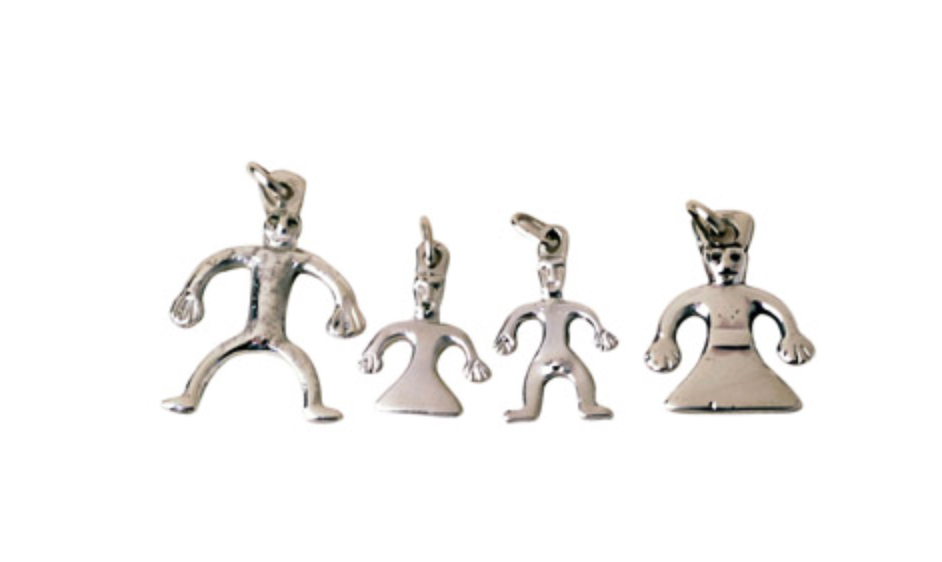 Pillan: The spirit of the volcano
The Mapuche silversmith Celeste Painepan Nicul tells how she acquired her cosmovision. 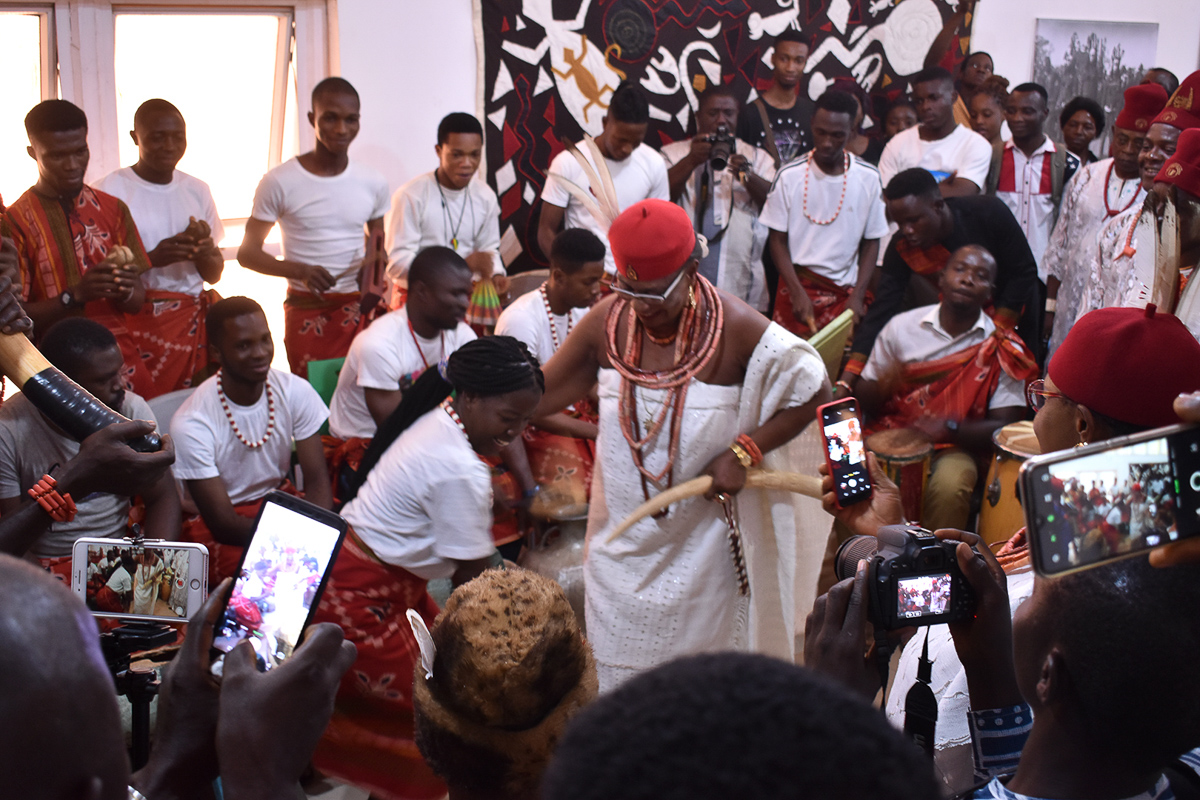 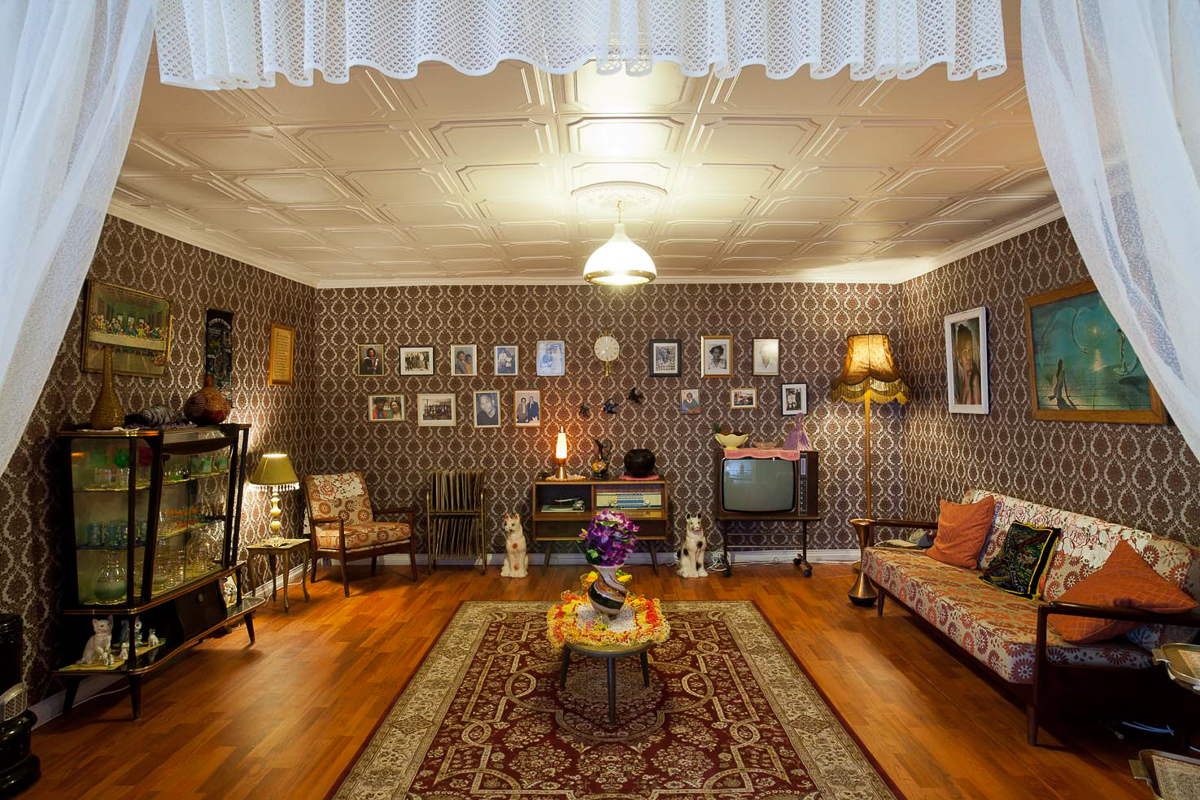